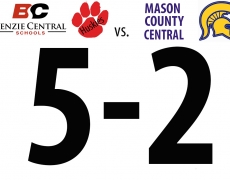 This was the fourth game of the 2016 season and the third away game for the Benzie Central Girls Varsity Soccer team. Before the game began, starters from both teams were asked to congregate around the center half in a circle for a moment of silence: earlier this week, a referee had died, and they wanted everyone to pay respects.

Mason Country Central’s #11, freshman Maddy Bladzik, scored only five minutes into the game from inside the 18-yard line. Our own Megan Cota scored 20 minutes later after dribbling past the defense and taking it to the net. (Note, this was just after Megan was taken off the field, along with a Mason County Central player, both of which received yellow cards for talking back to the ref after pushing each other — Coach Scott Kubit told Megan that a better way to “get back” at the girl was to score a goal, and she did!)

The game was tied at halftime at a score of 1-1, but both coaches emphasized that we should really be winning. During halftime, we talked a lot about heart and desire: for some reason, our team was not playing super well in the first half. But in the second half, we played better. Megan did a great job of finding and exploiting the weak spot in the MCC defense: they were playing a very high offsides trap, which meant it was pretty easy for Megan, with her quick speed, to dribble past them and just take it right in, which she did four more times.

Megan scored her second goal only 20 seconds into the second half. She scored again at 10 minutes in, then again at 20 minutes in, and then one minute later. We then moved Megan back to defense, since the Lady Huskies had a sizeable lead at that point. Mason County Central’s #15, freshman Lizzy Sutton, scored a goal in the second half; there were only two other shots (by #20) on goalkeeper Maile during the second half.

We were missing: Brenna Harm (suspended for the first five games), Myah Clous (injured), Grace Anderson (injured), Sydney Ghering (theater). We had only two substitutes again. This was the first game that Ayla Breuker got to play in. Hanna returned to play quite a bit, but we’re still trying to take it easy so that she doesn’t re-injure herself. Sadly, Fenja broke her ankle with only 15 minutes left to go in the second half; she will be out for the rest of the season.

We had many boys come down on the bus with us to cheer our girls on: in addition to our regular managers, Keegan Plamondon and Nick Robertson, we also had Nick Baesch, Paul Little, and exchange students Alvaro Hernandez and Jaime Muro Sakanassi. Mary Straubel (Anna’s host mother) brought trail mix for a halftime snack; Ann Burkett (Fenja’s host mother) sent granola bars and pretzels; Coach Aubrey Ann Parker brought bananas, apples, oranges, and granola bars.

All photos in this post are my own, unless marked by a GA in the right-hand bottom corner: those photos were taken by Grace Anderson, who was injured for the game. 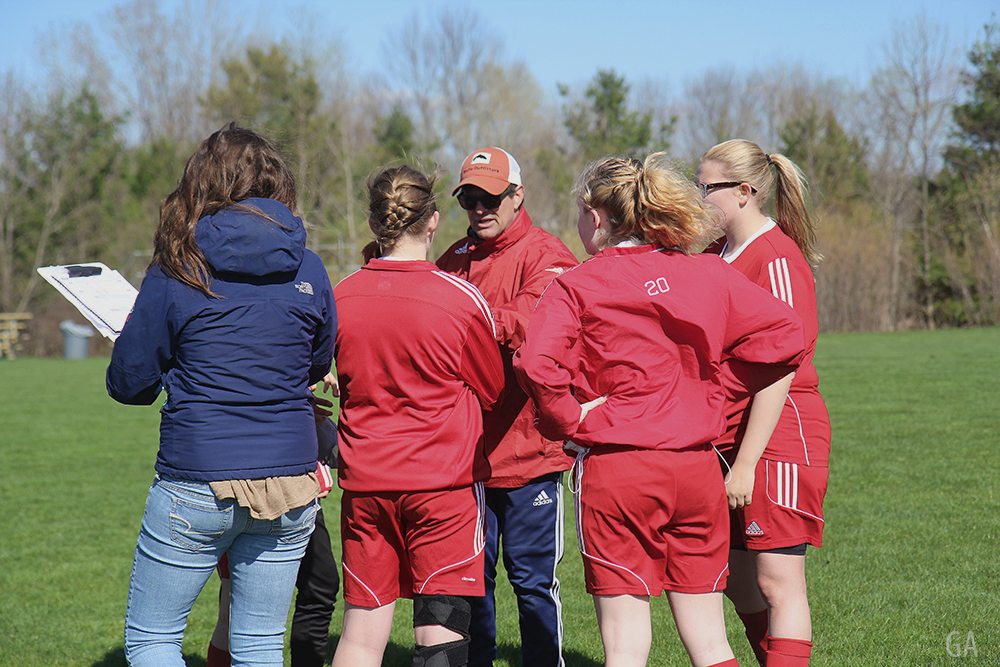 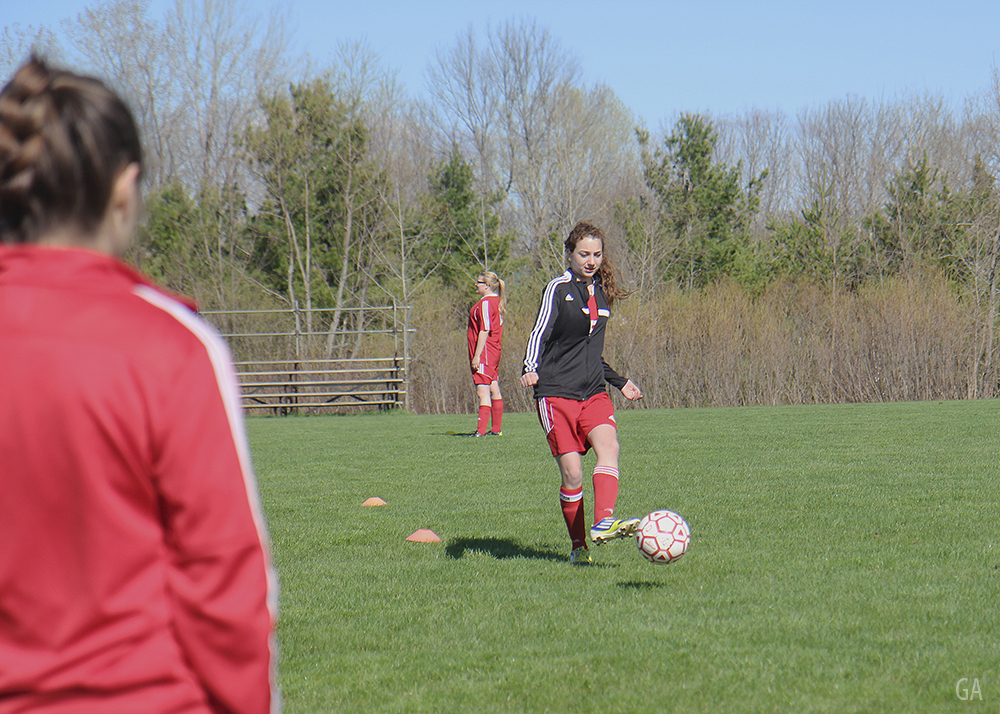 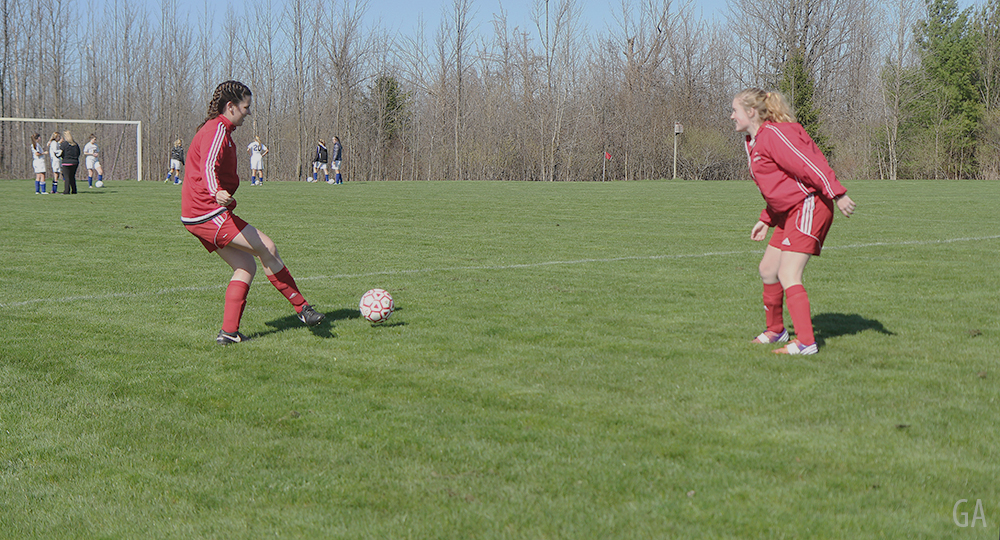 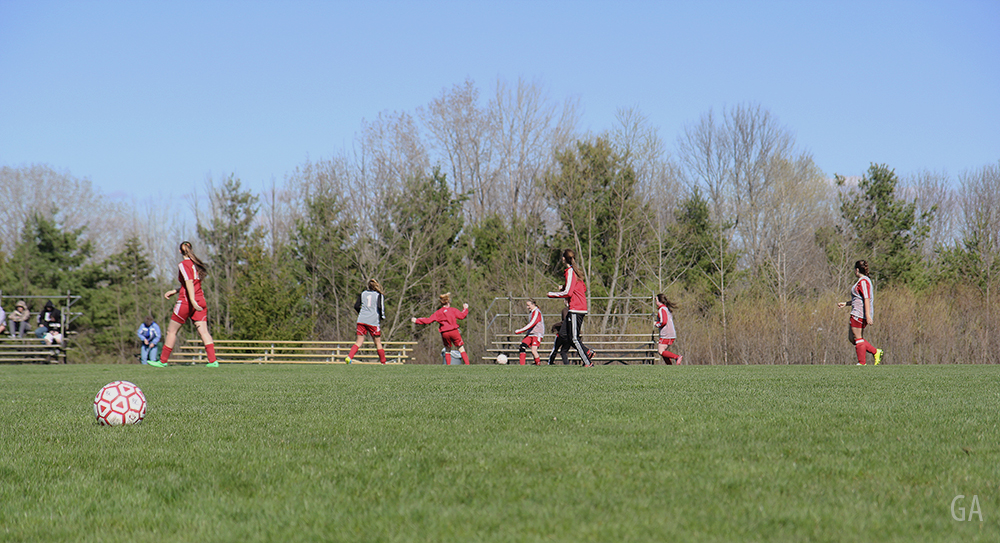 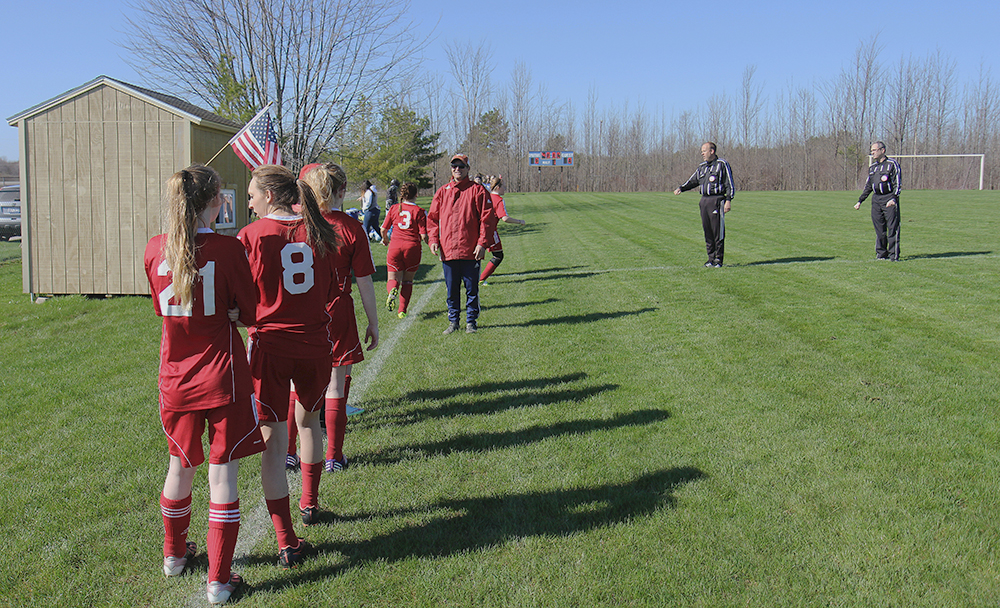 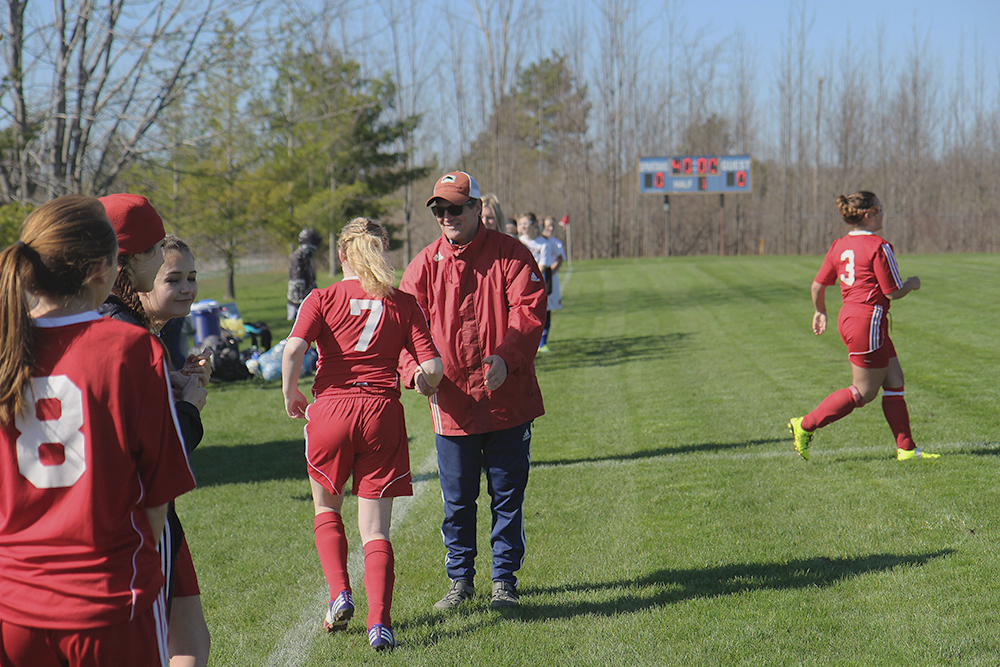 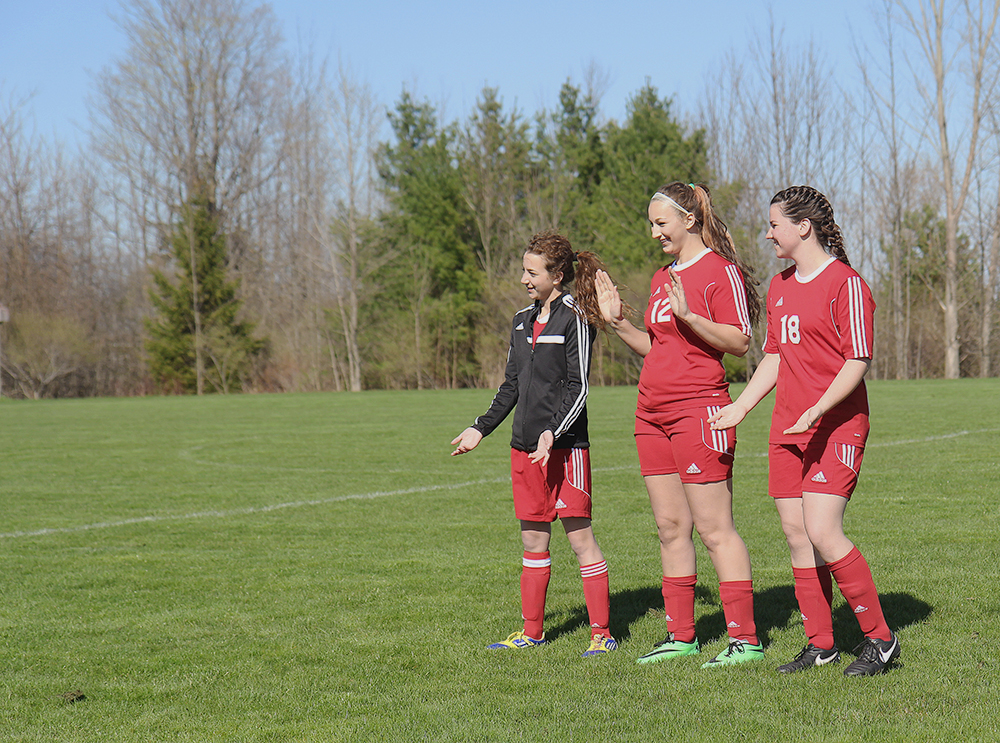 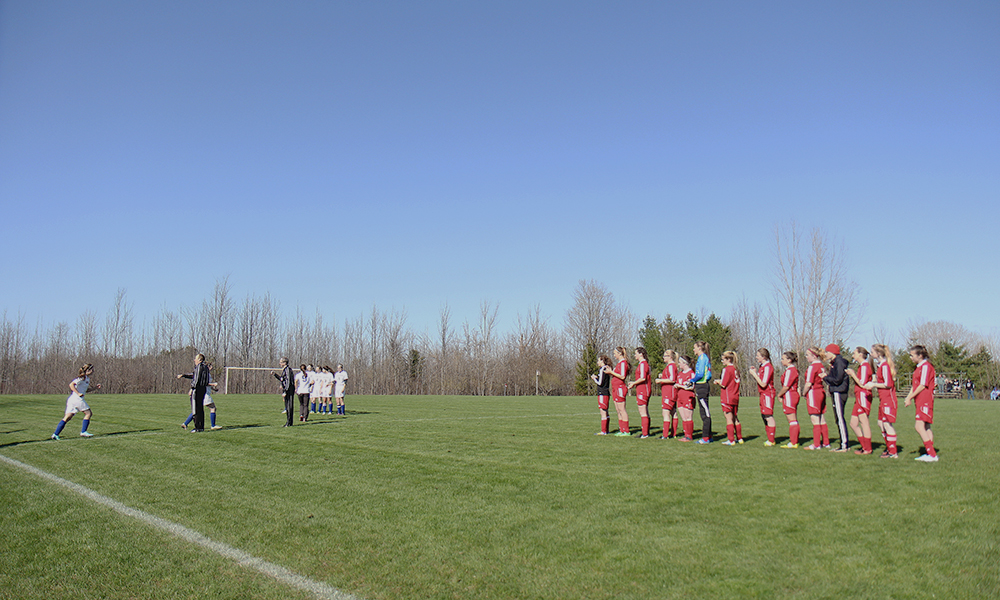 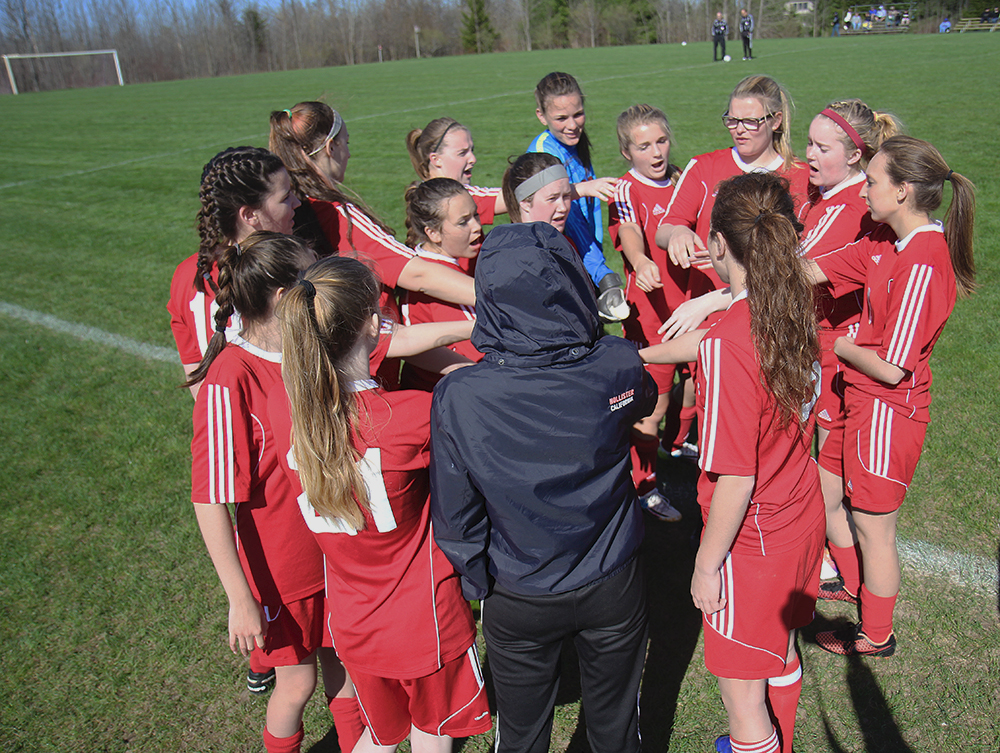 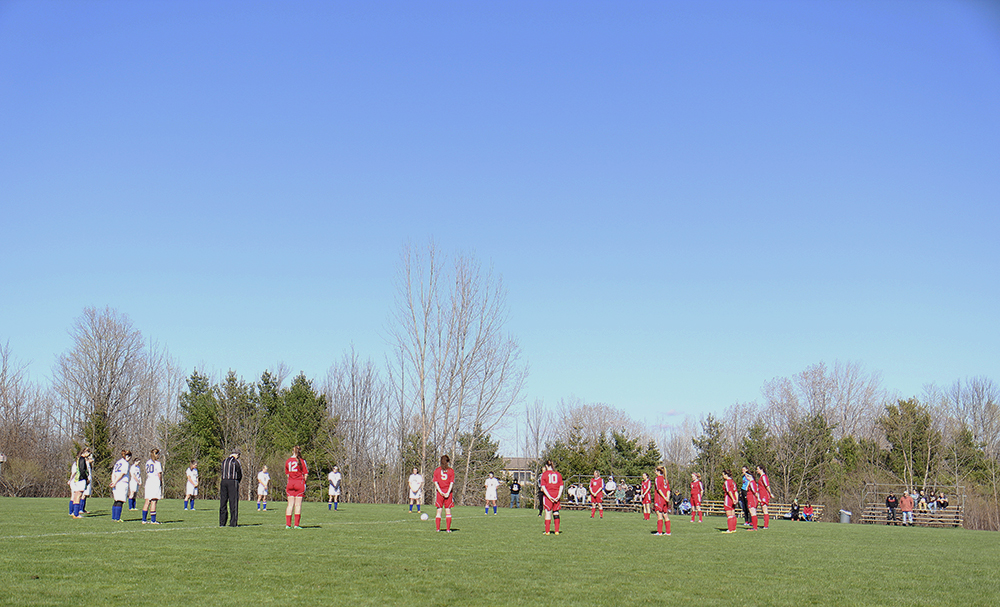 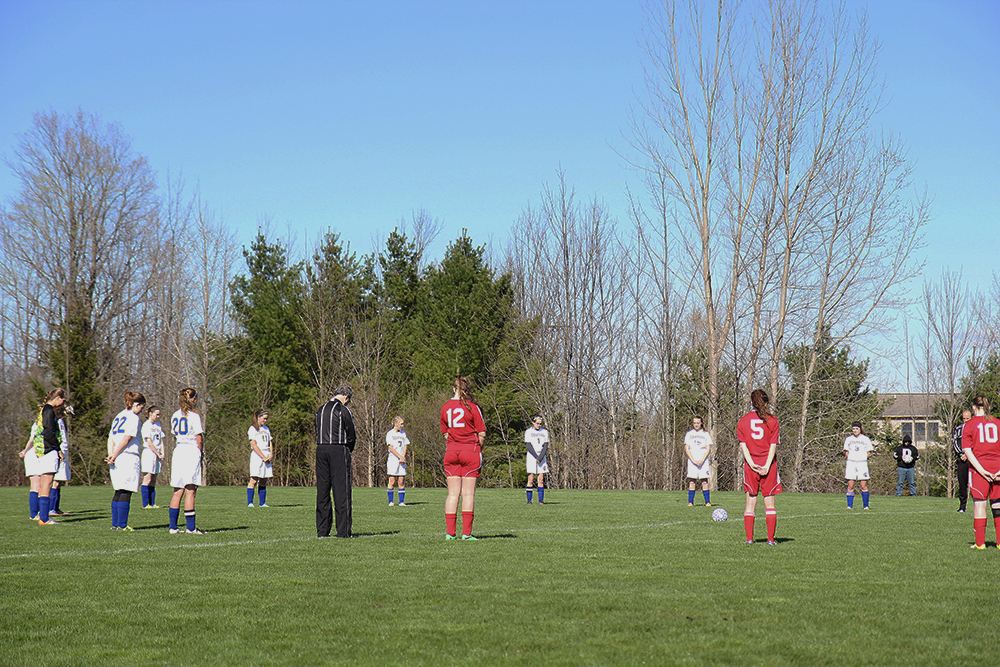 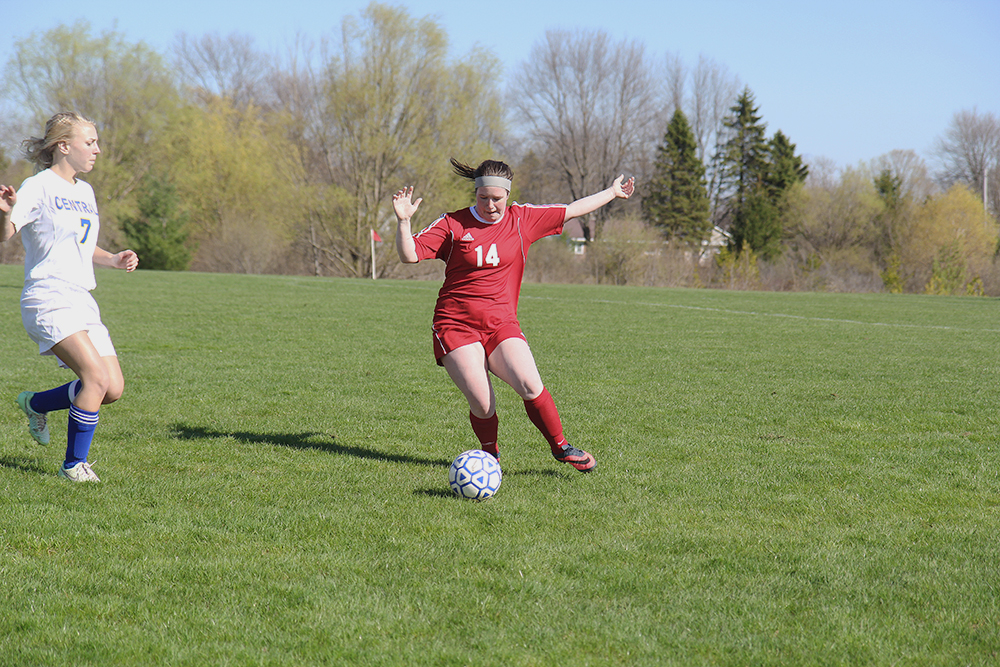 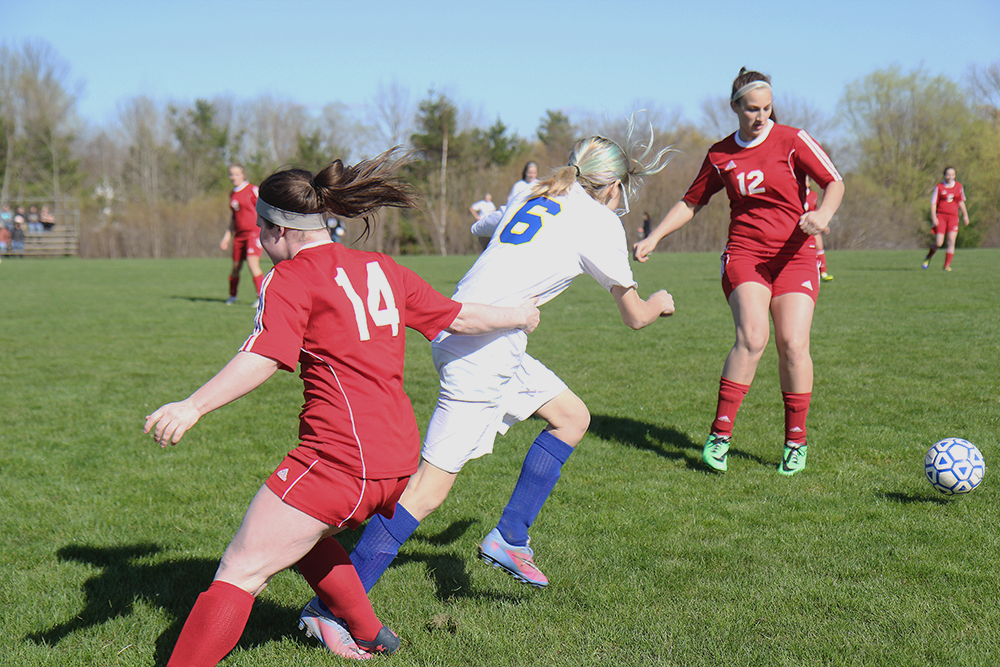 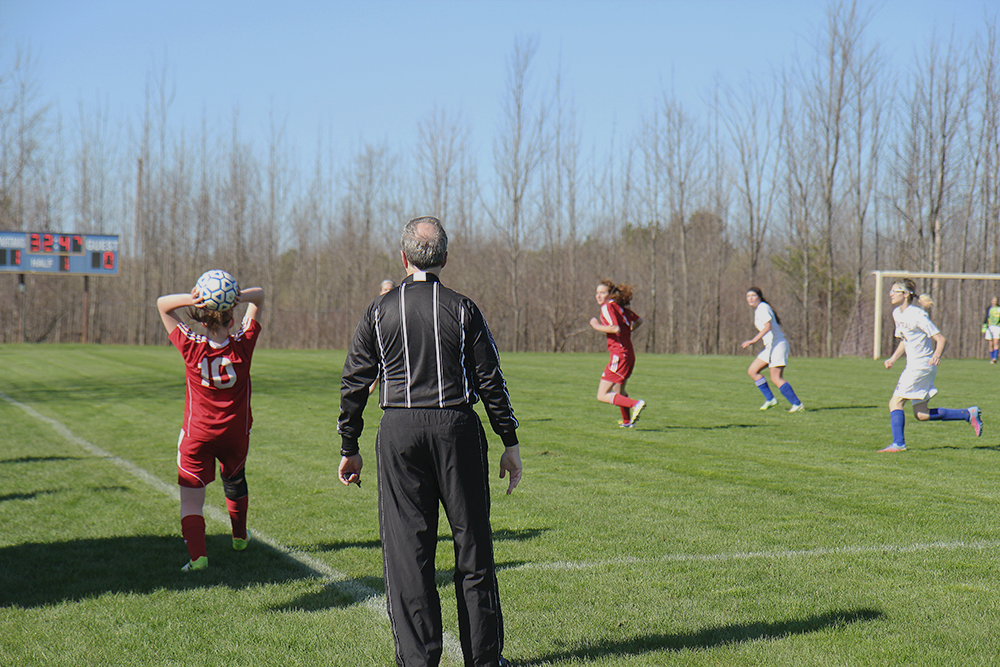 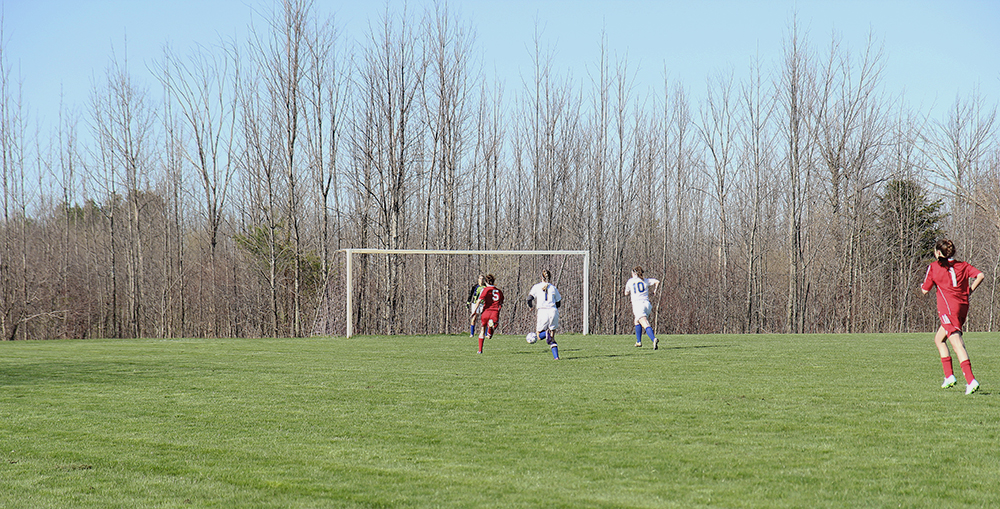 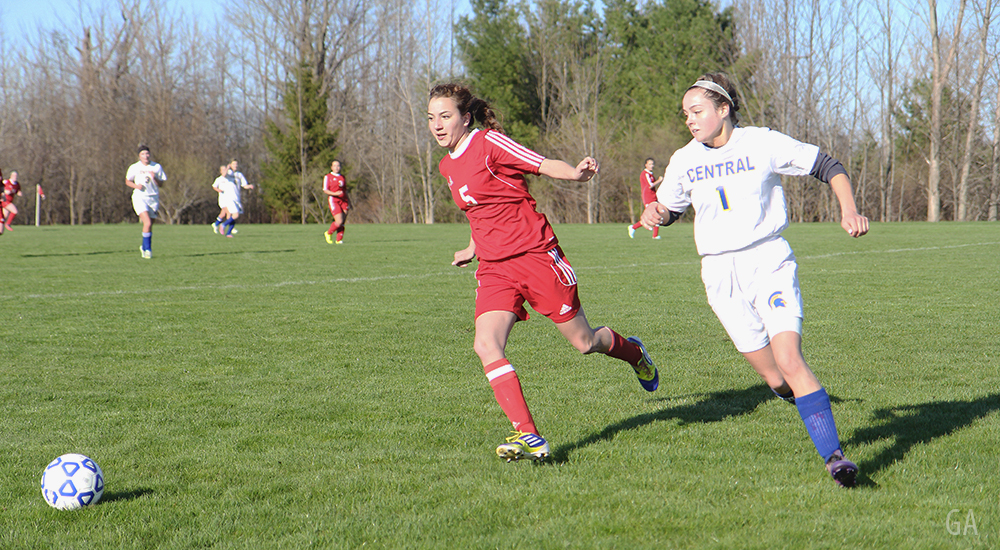 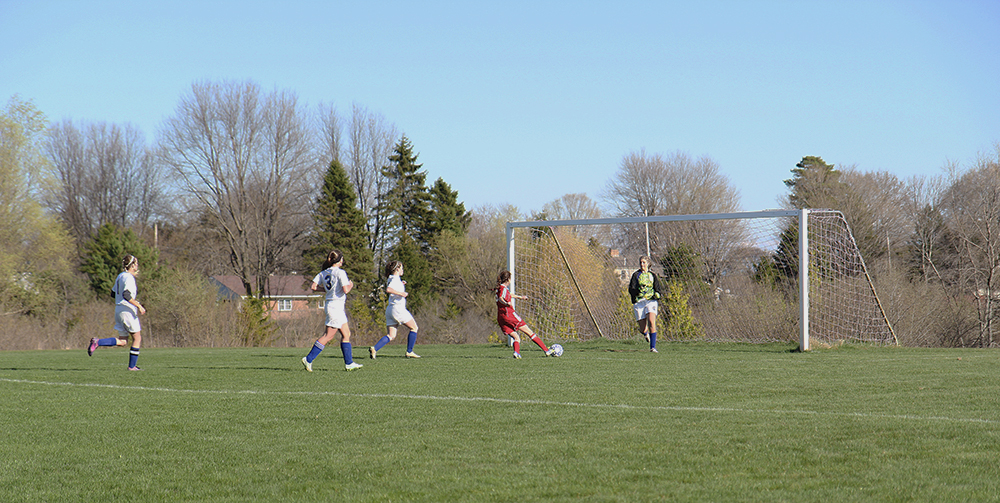 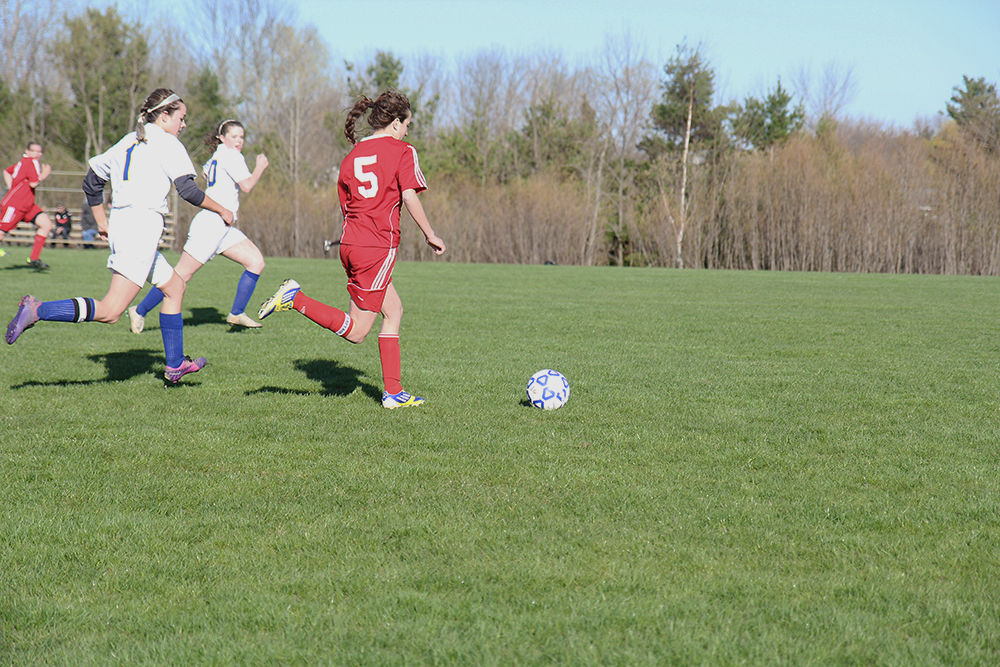 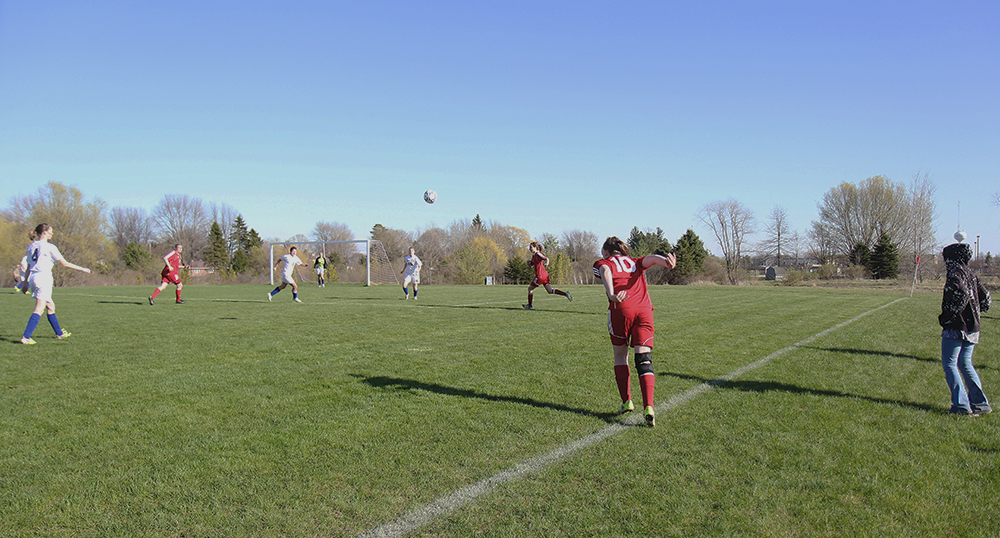 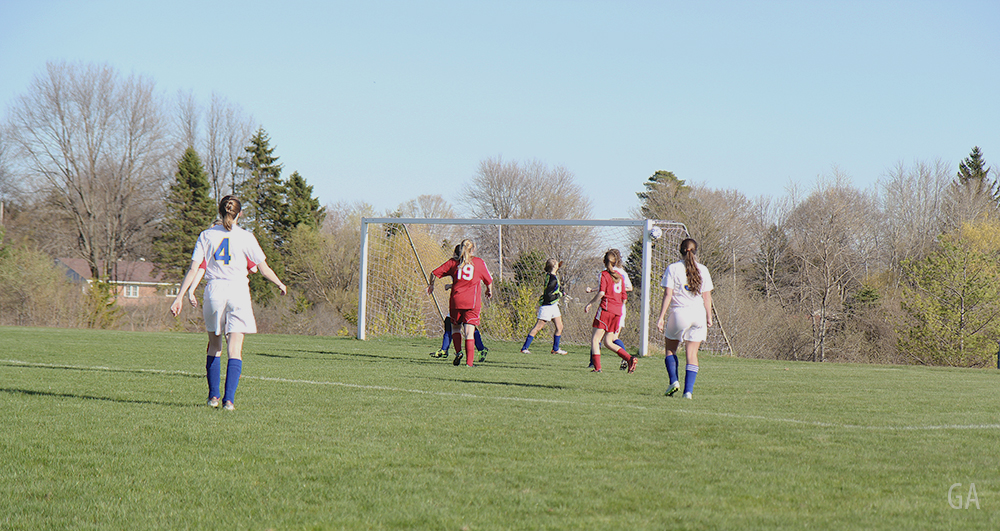 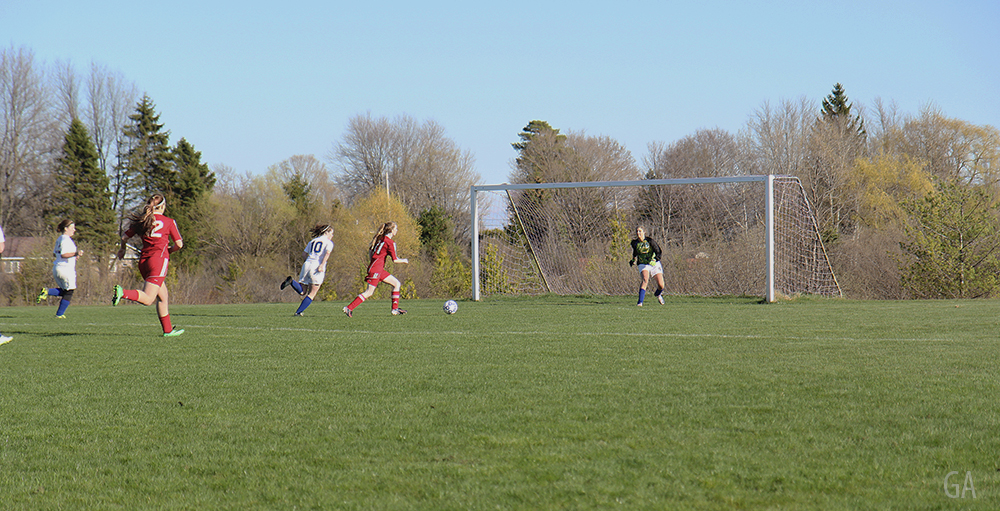 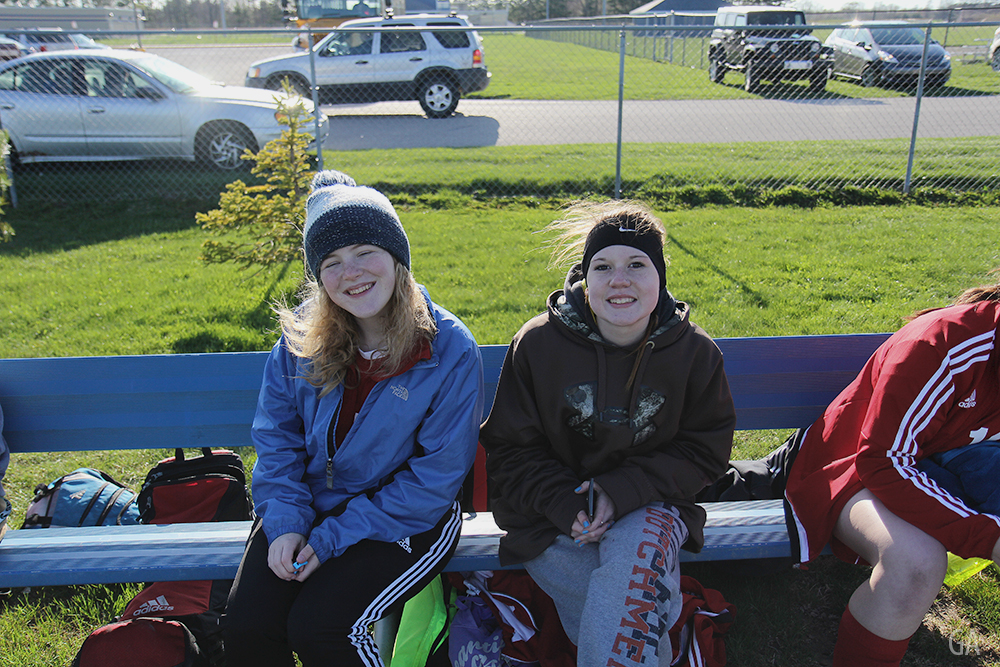 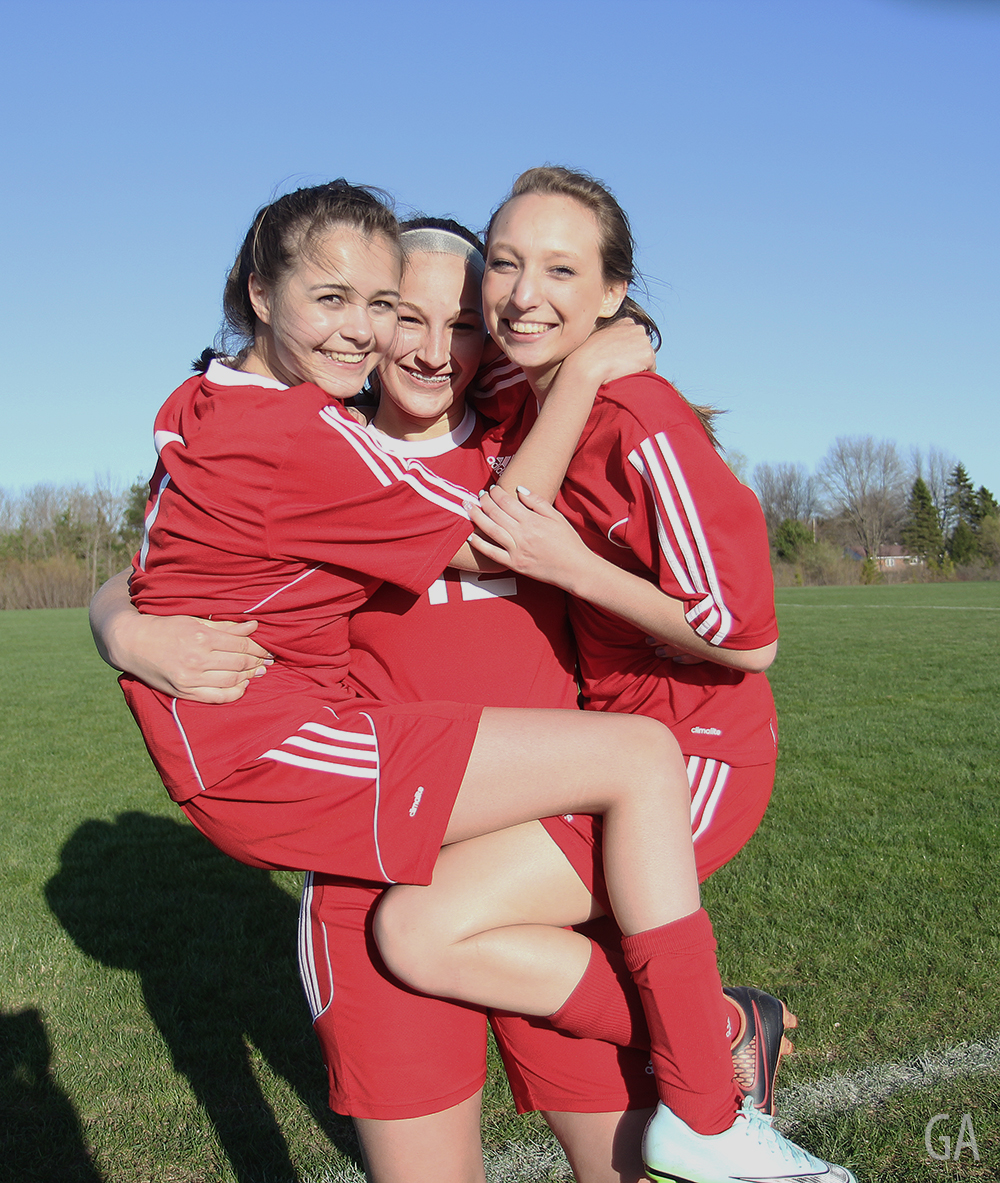 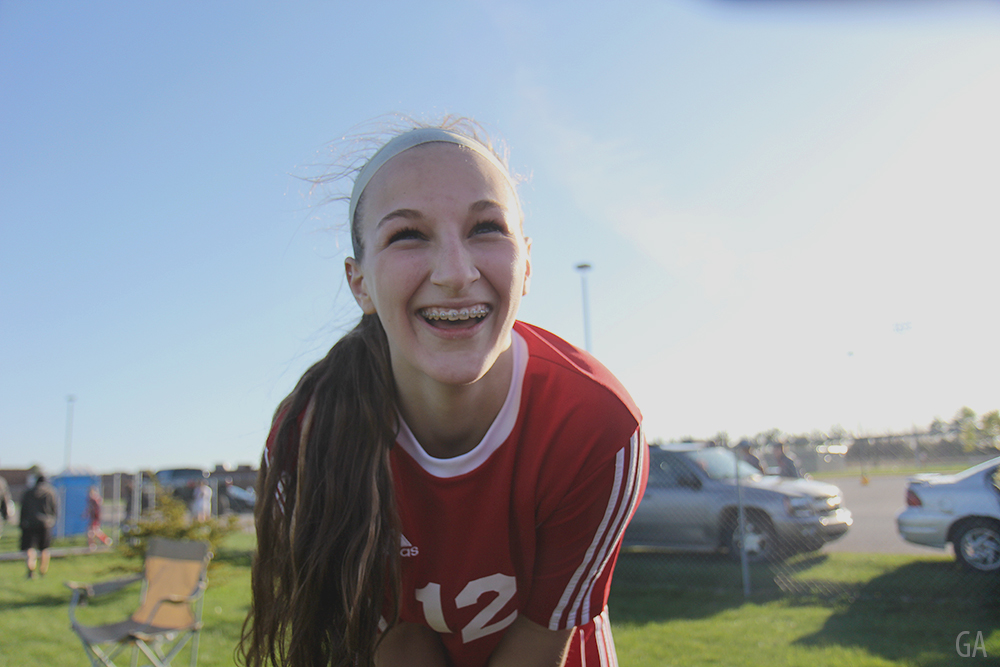 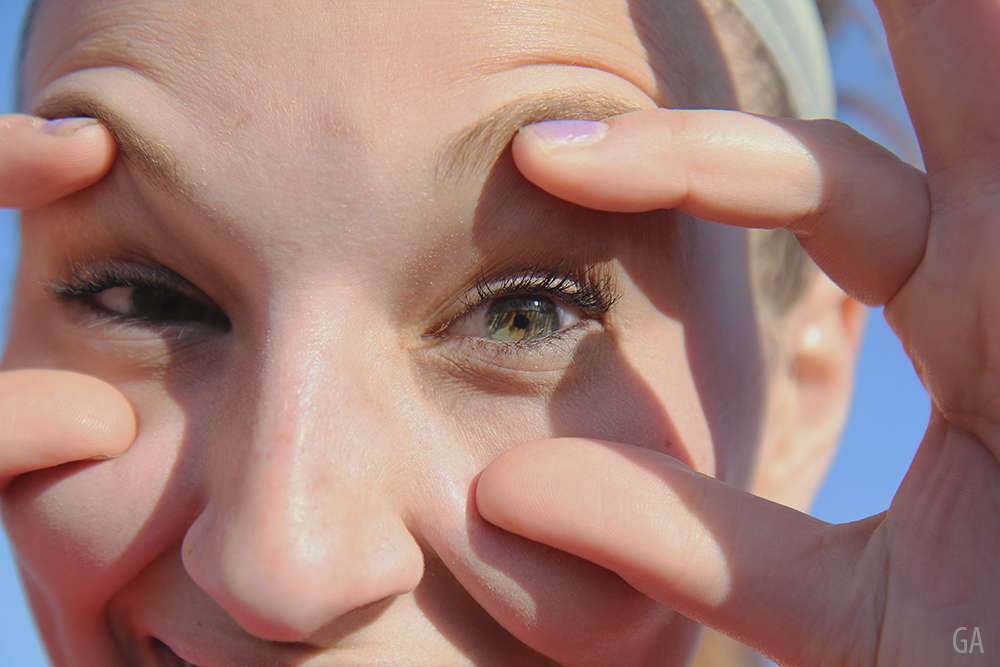 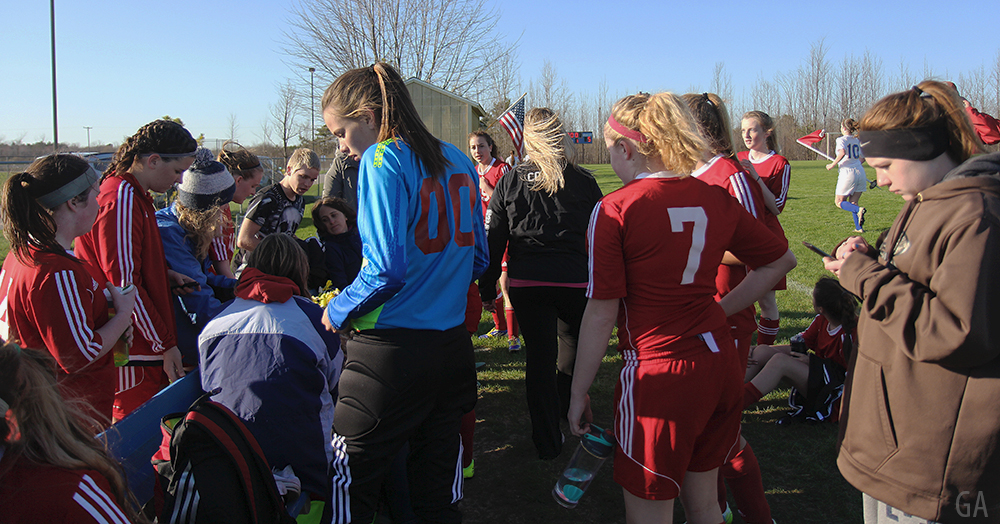 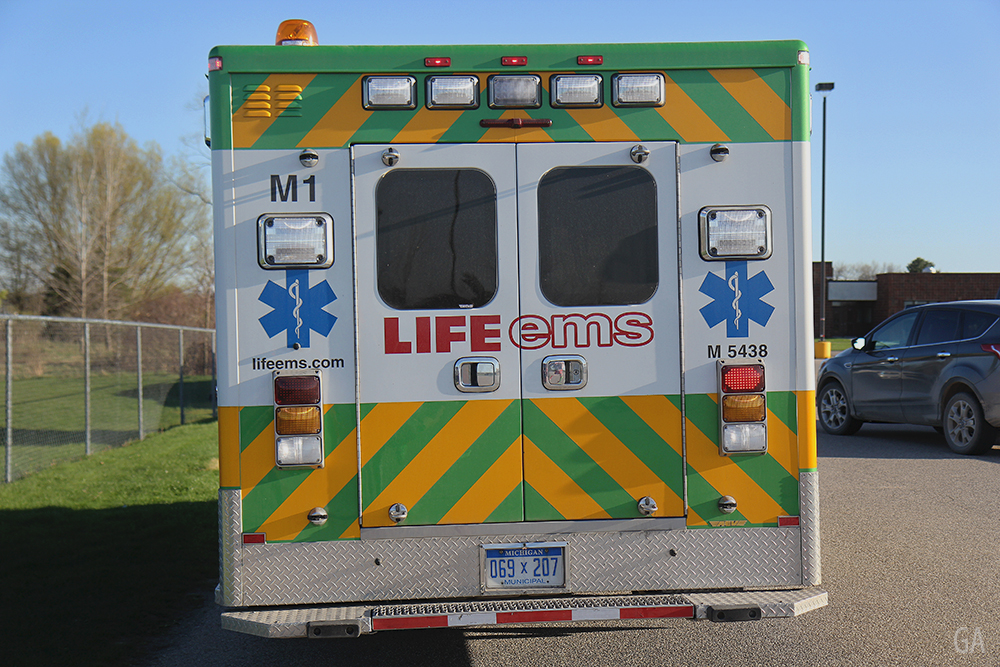