This was the second game of the 2016 season and the first home game for the Benzie Central Girls Varsity Soccer team. Brethren is a co-op team made up of girls from Brethren, Kaleva, and Bear Lake schools.

Strangely enough, we played worse against Brethren than we did against Glen Lake, despite that Glen Lake is a much better team. A huge part of the problem was that we were quite tired and sore from the tough game against Glen Lake just the day before.

The Huskies came back after halftime with a total of four shots (two by Maile, one by Haley, and one by Fenja Firnhaber), which translated into two goals for Benzie: a goal by Haley (unassisted) only 4 minutes into the second half came off of a free kick at the 25-yard line. Ten minutes later, Benzie scored again to tie the game up at 2-2; this time it was Maile kicking it in at the 6-yard line, with an assist by Haley, who had passed it in.

Meanwhile, there were eight Brethren shots total on Sydney during the second half, one of which went in at the 22nd minute of the second half, with only 18 minutes left to go in the game. The Benzie girls were trying really hard after that to tie the game back up, but we were ultimately unable to get back in the game.

We were missing: Myah Clous (sick), Brenna Harm (suspended for the first five games), Ayla Brauker (needs 10 practices before she is allowed to play in a game), Hanna Burch (chronically injured from pre-season). Once again, we only had two substitutes. Hanna Burch tried to play a bit during this game, but it was very apparent that she is not well enough yet; we’re going to try to keep rehabing her!

Coach Aubrey Ann Parker brought her black Labrador, Nova, who has served as our faux mascot for the past couple of seasons, however, this was Nova’s first time out to play in awhile, and she ended up being too naughty to hang around for very long. (Back to the car!) Scott and Wendy Papineau (Haley’s parents) brought cheese and pretzels for halftime snack, while Jim and Wendy Howell (Allie’s parents) brought cheese sticks and Cheez-its, and also Heidi Kisler (Tylor’s mom) brought granola bars — we were well-fed this game! 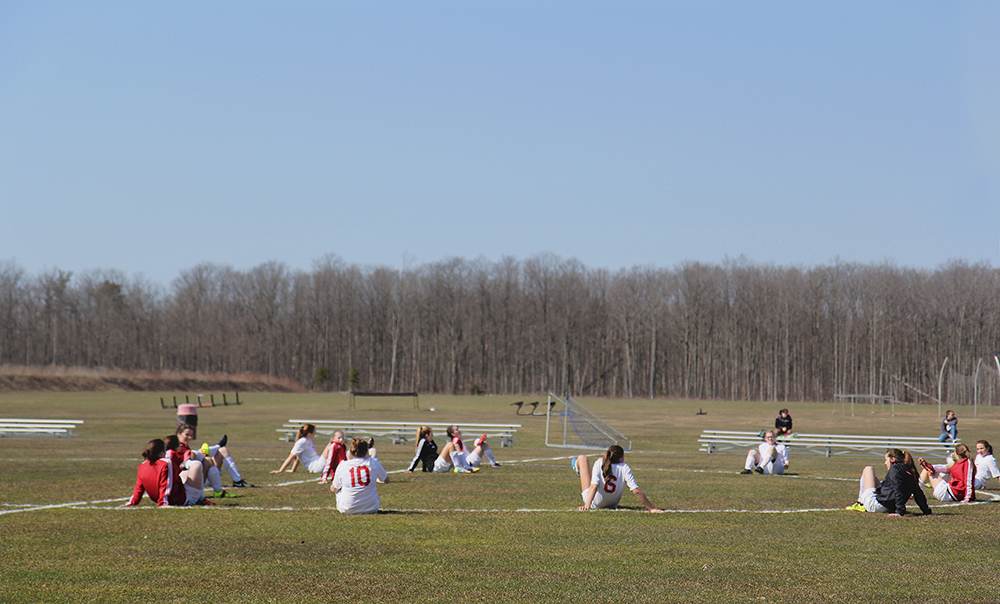 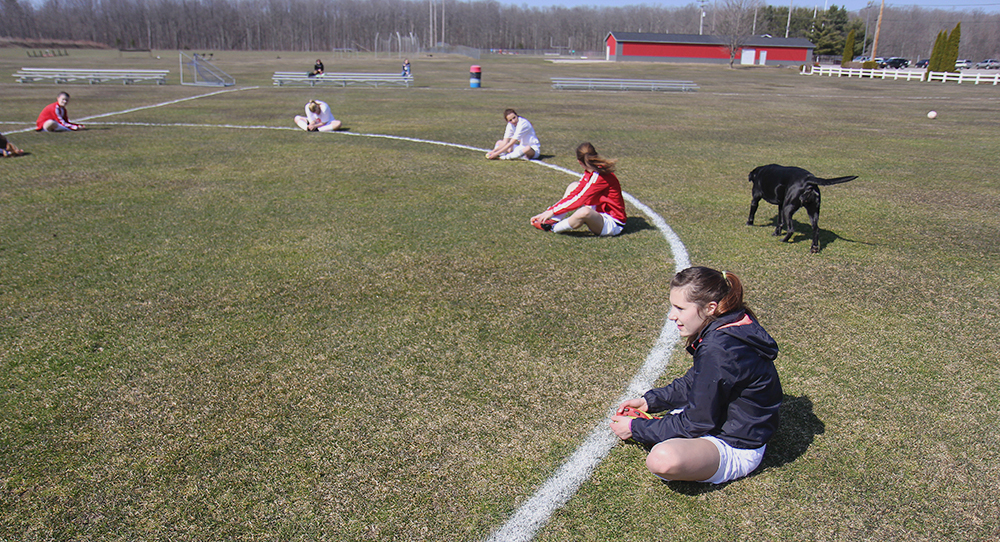 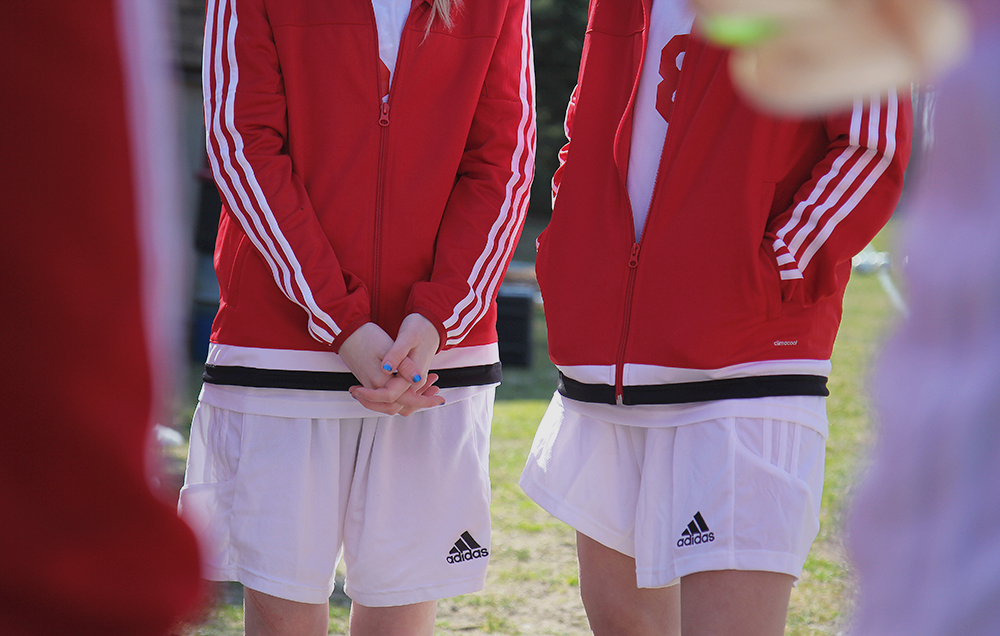 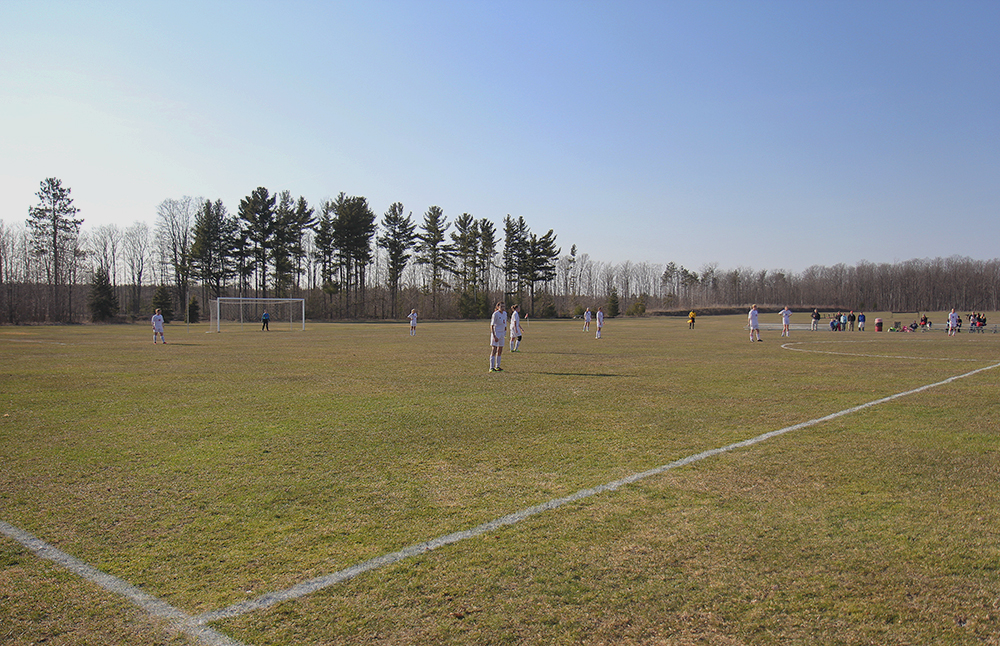 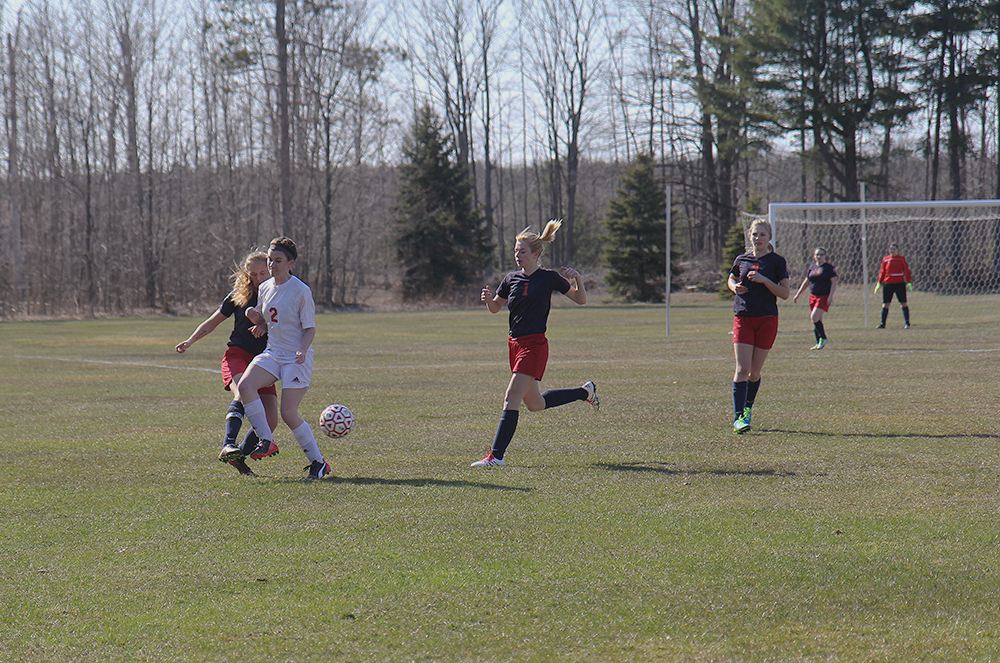 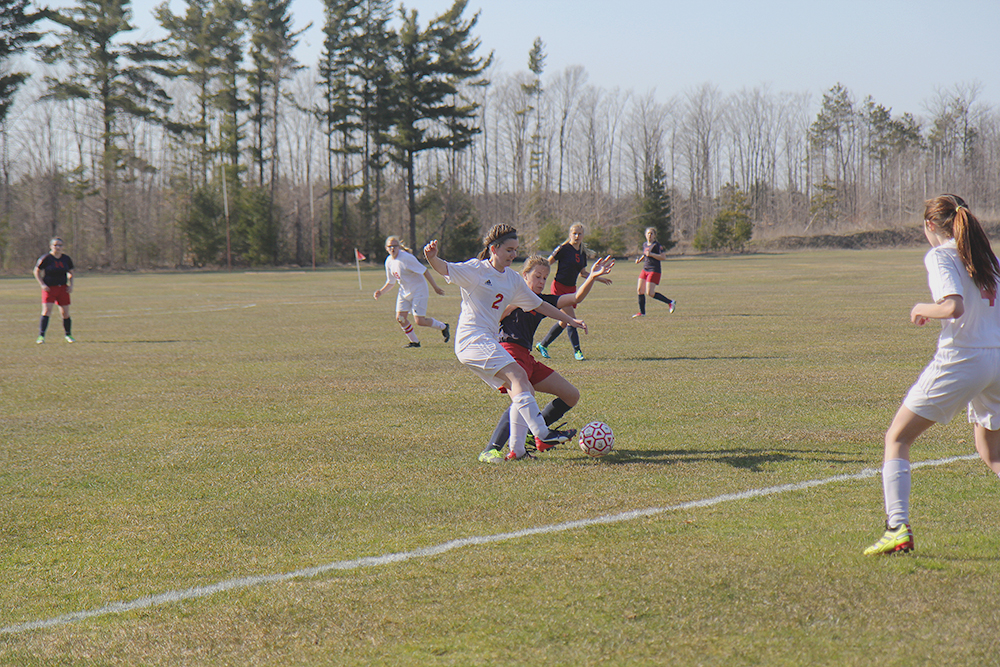 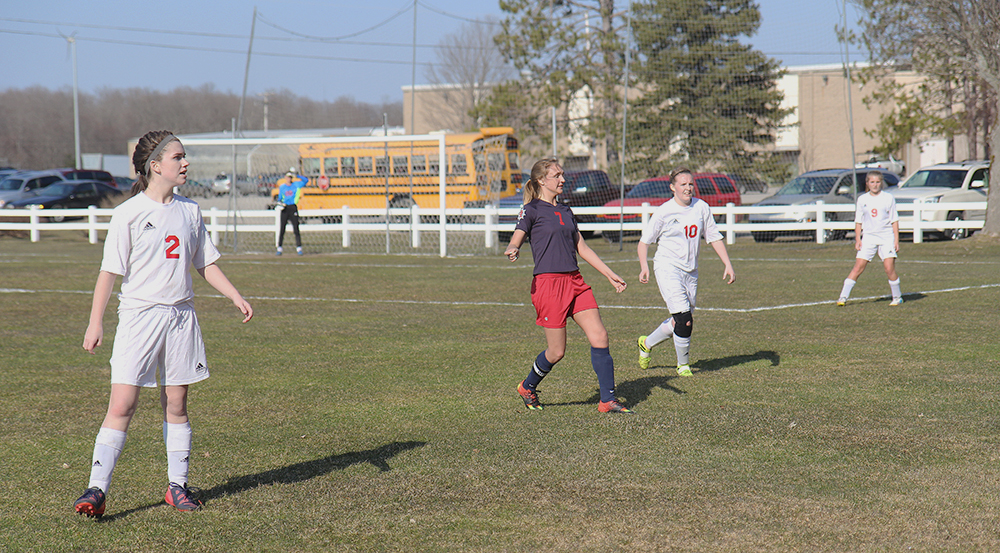 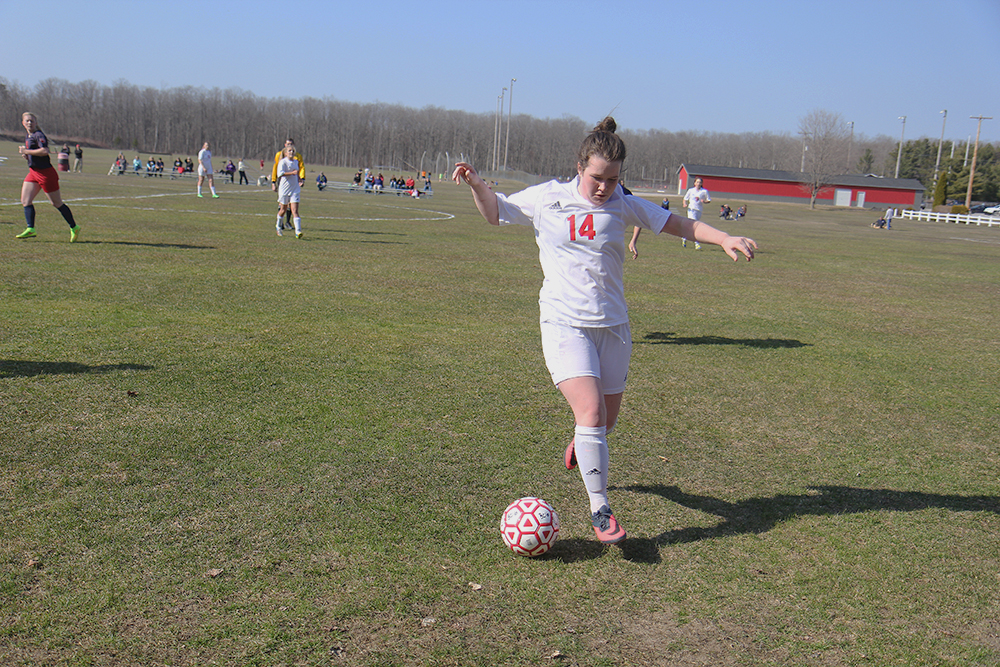 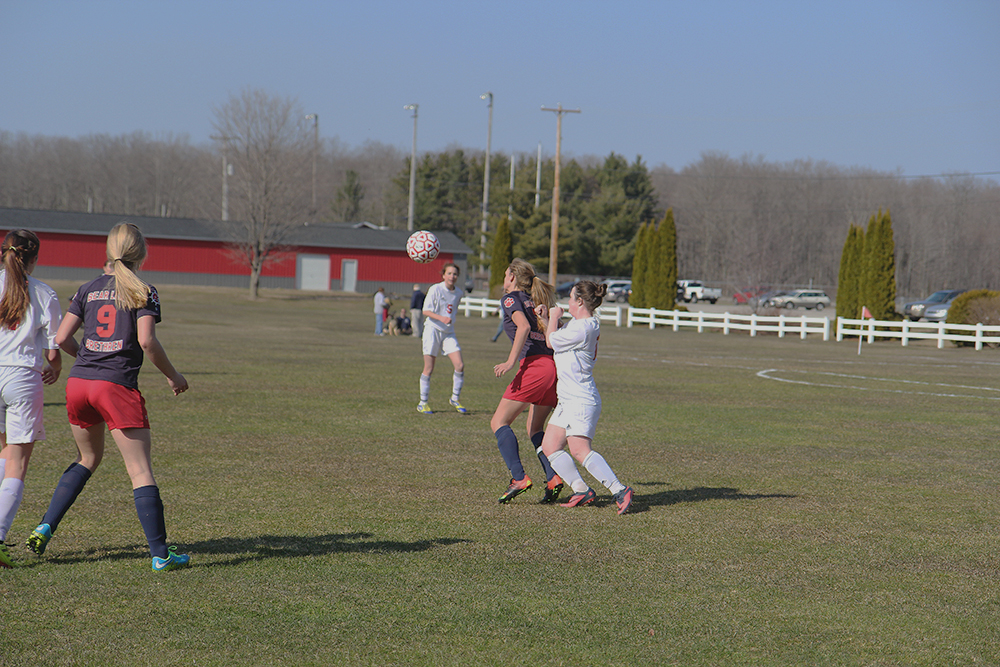 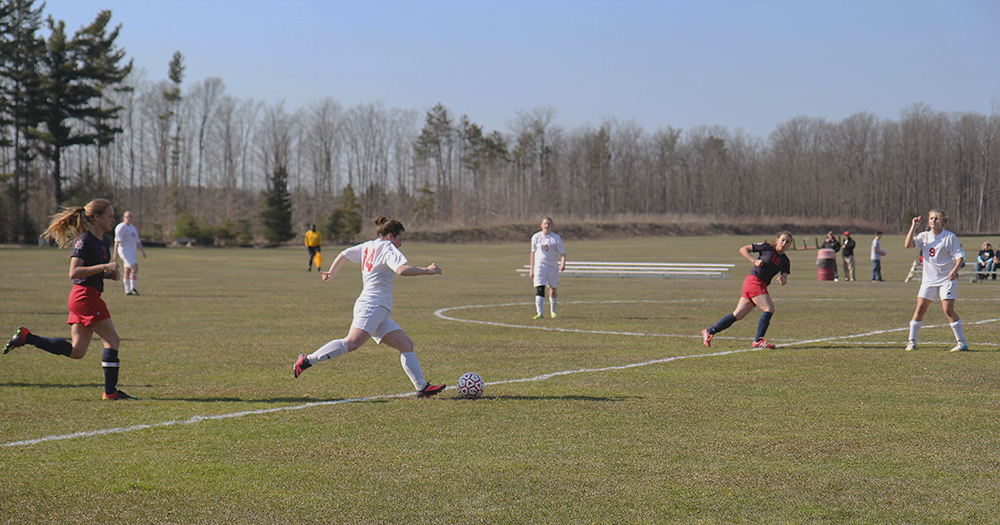 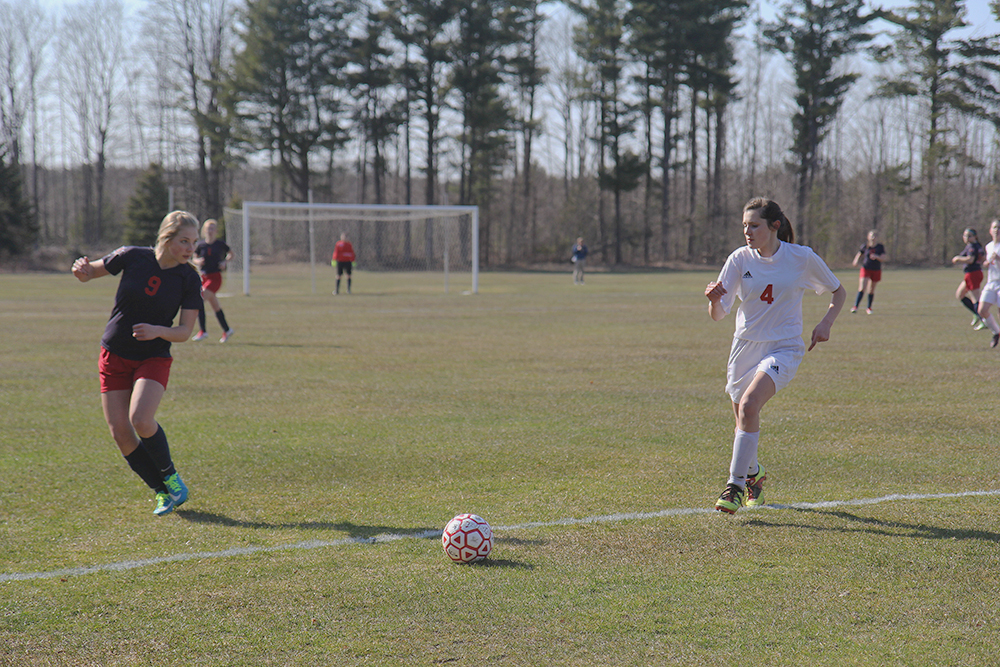 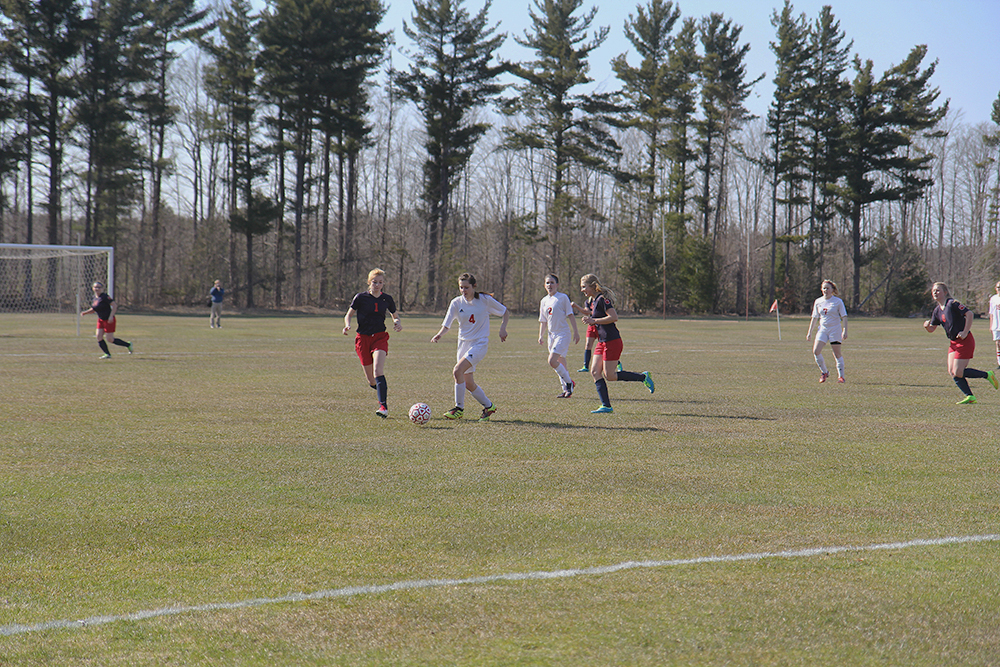 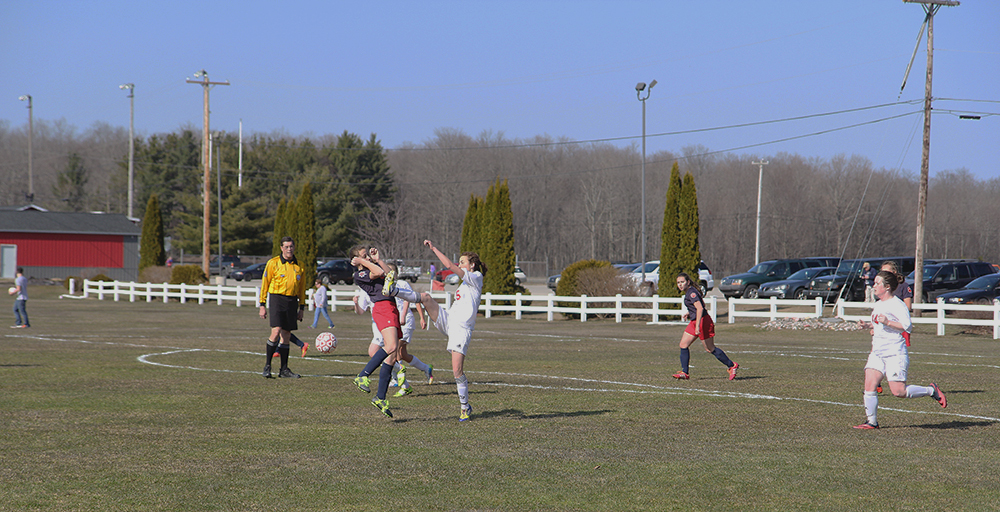 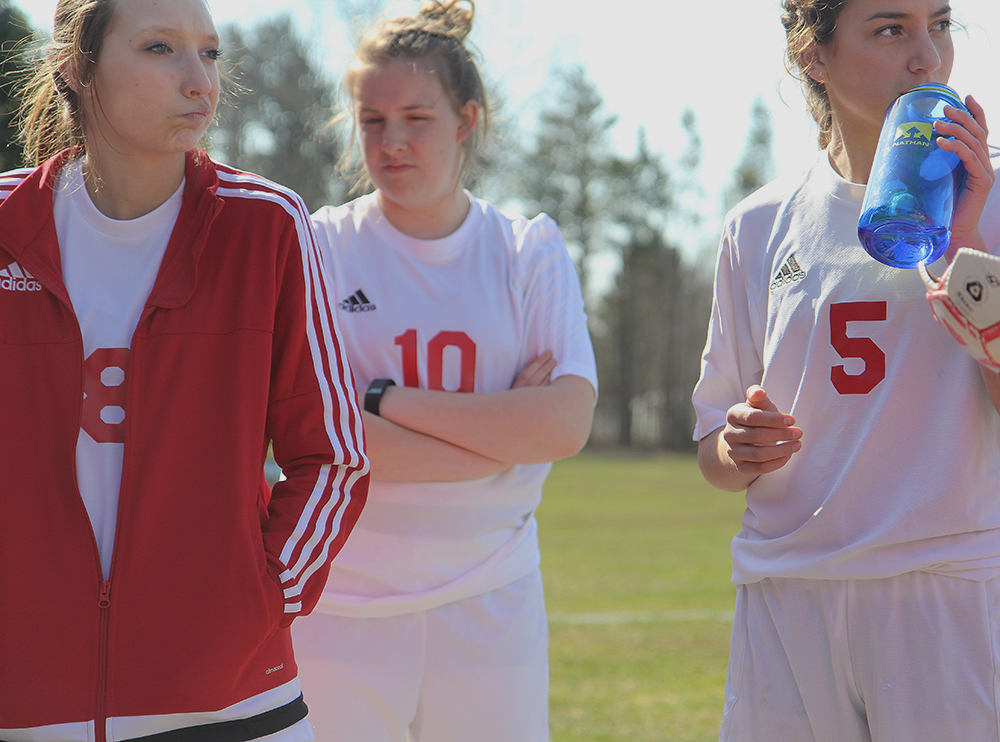 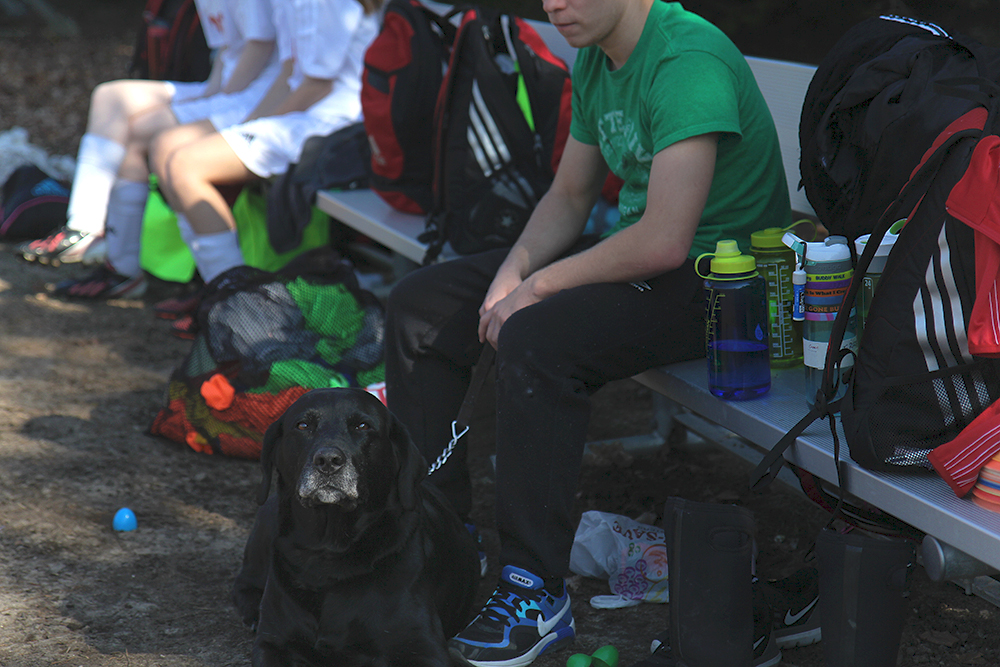 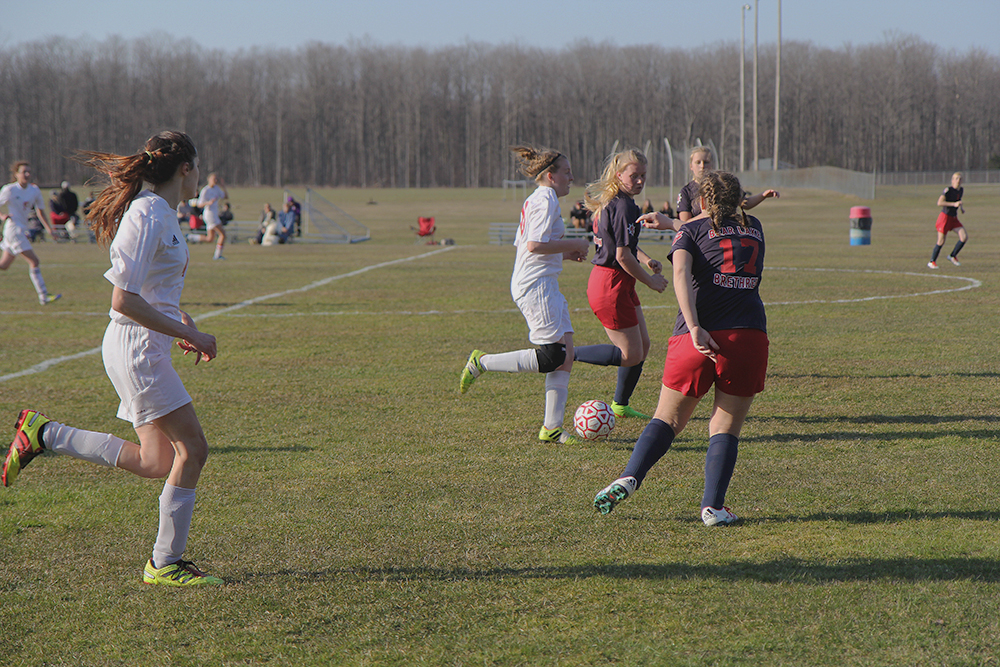 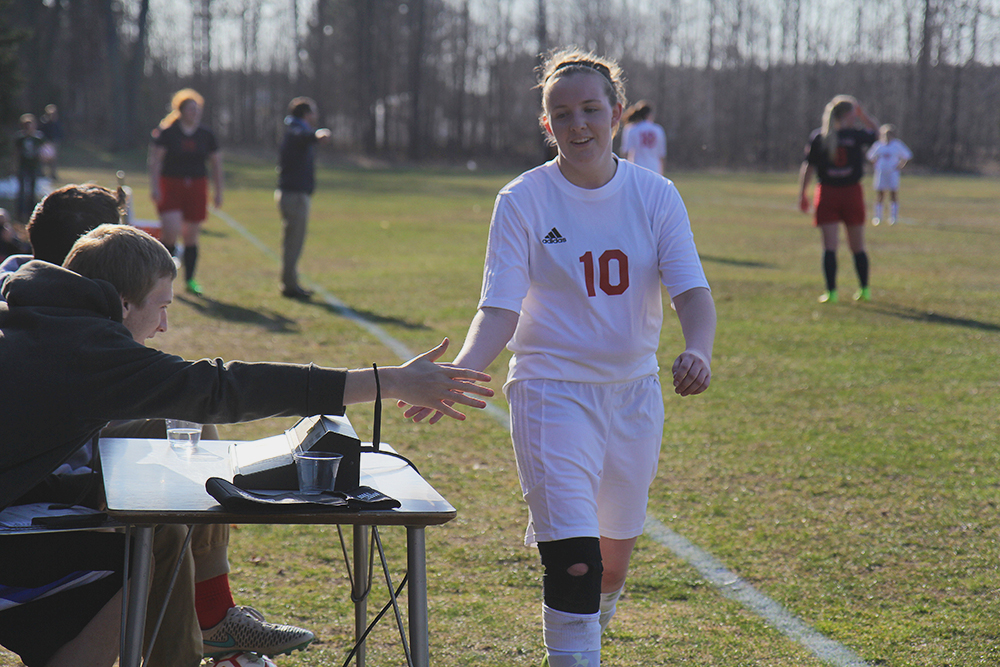 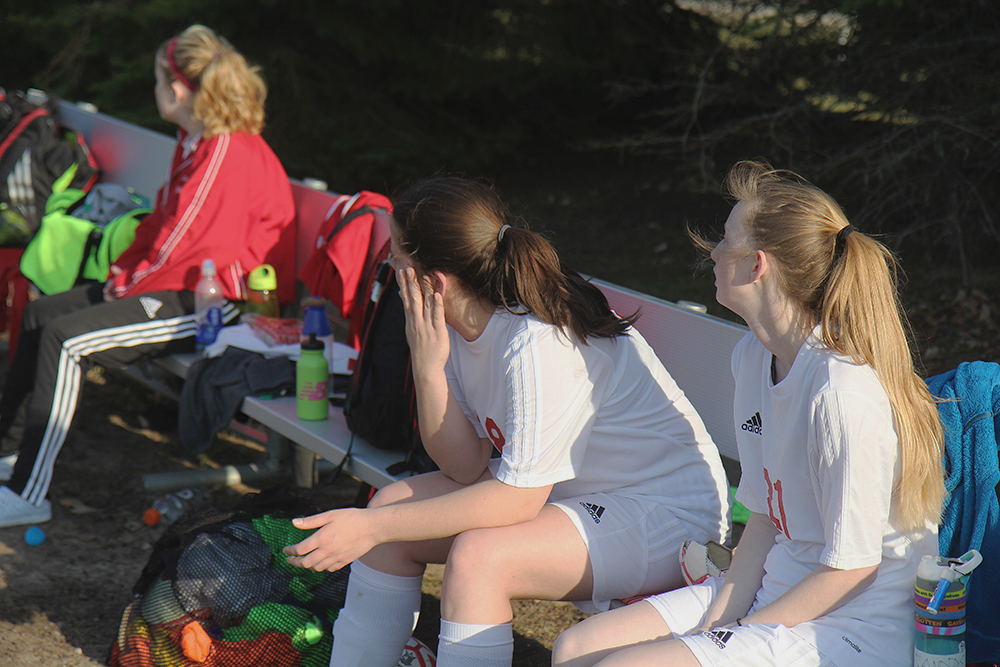 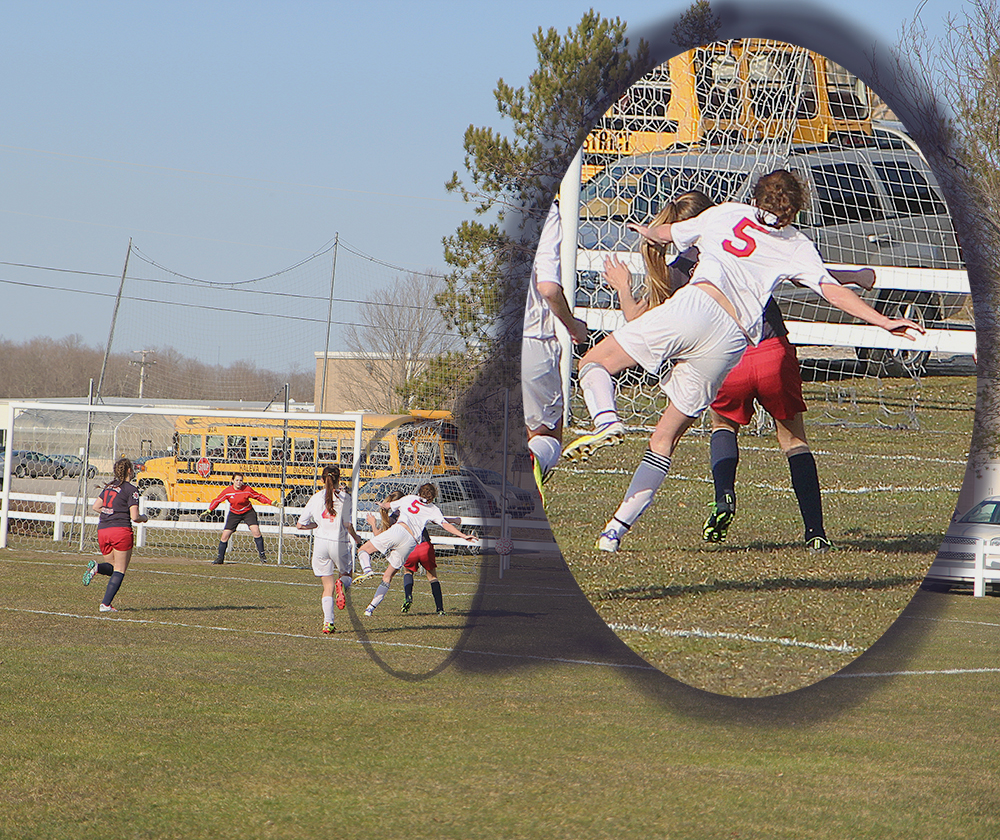 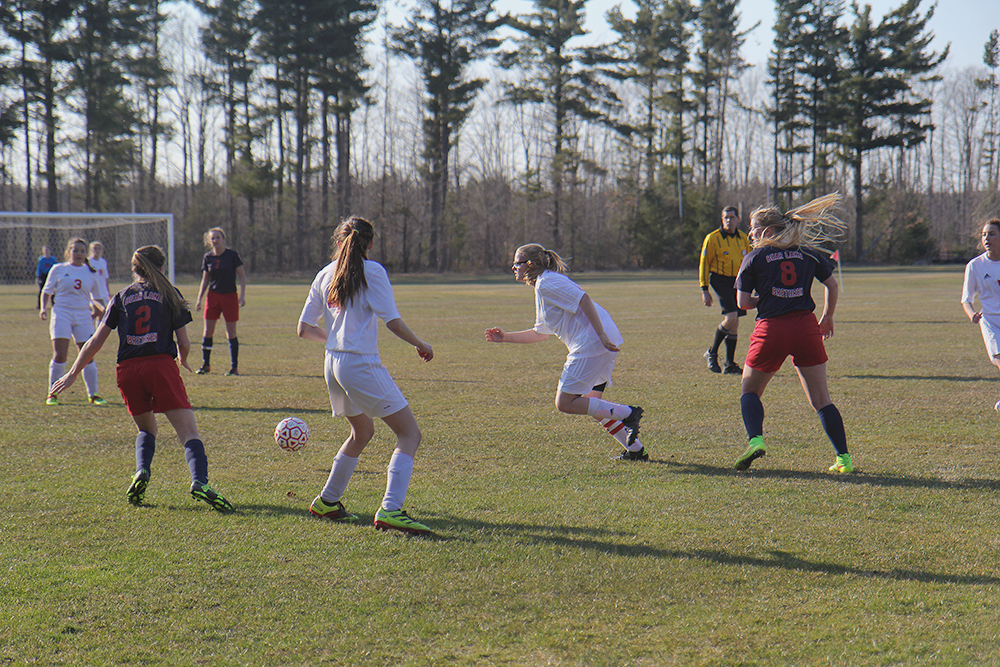 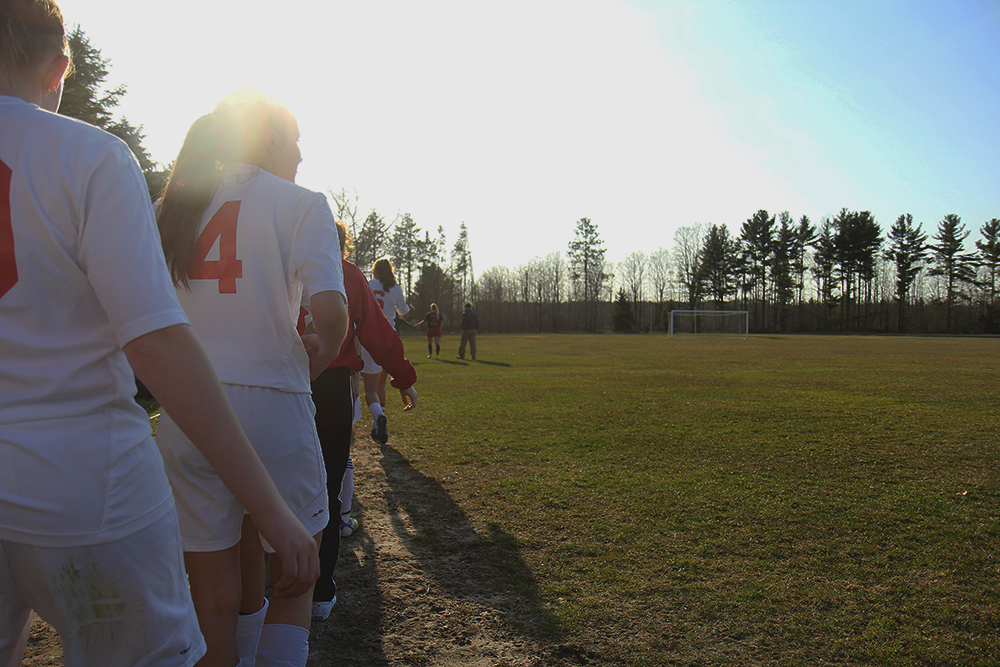 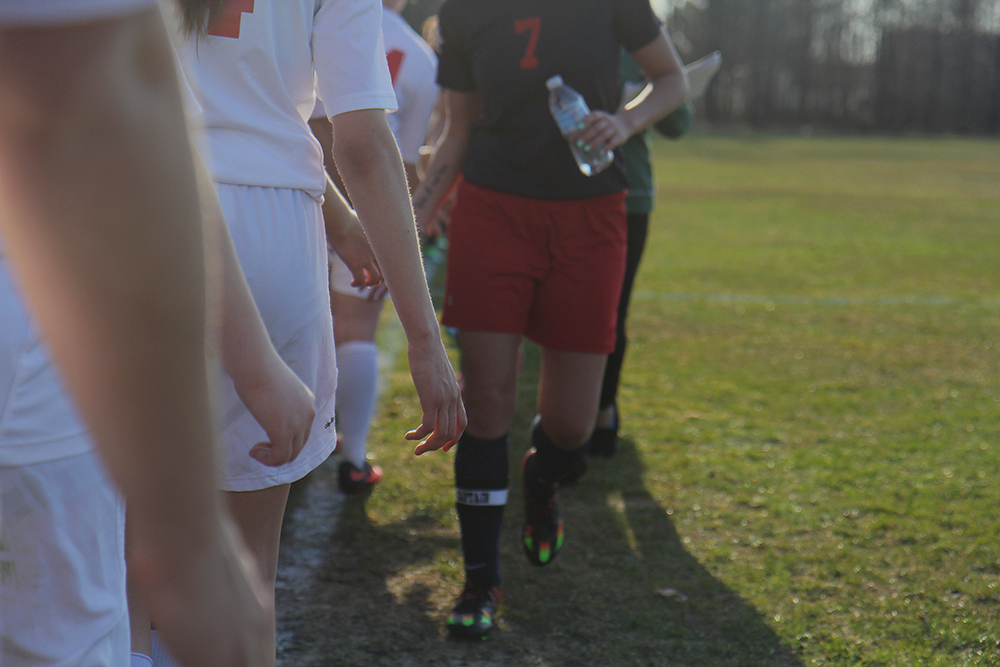 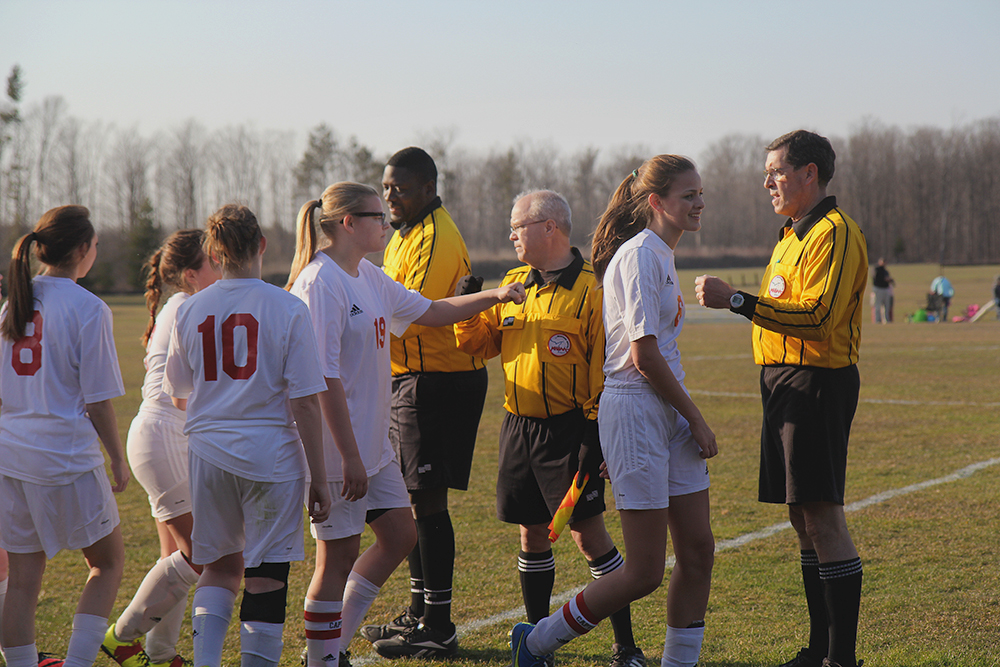 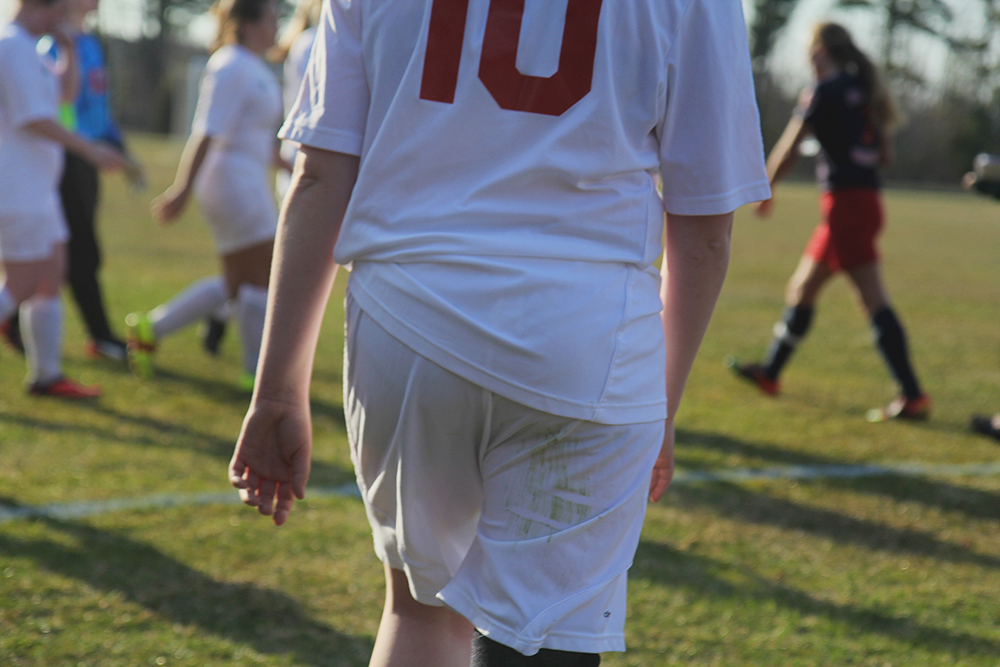