This was the first game of the 2015 season for the Benzie Central Girls Varsity Soccer team. The Huskies held off the Manistee Chippewas for the first 15 minutes of the first half of the game. However, Benzie then allowed four goals to go in over the next 25 minutes of the first half. After fixing some key issues in discussions at halftime, the Huskies picked up their game in the second half, only allowing one goal in for a final score of 0-5. In the future, we need to work on marking withing the 18-yard line when we are on defense. We had quite a few good offensive plays, but we still have to work on getting the ball up through the midfield to our offense.

Overall, not a bad showing for the first game of the year, especially considering that we were missing three starters. (Elizabeth Thaxton [Biz] tried warming up, but her ankle was still too tender. Julie Krogsgaard Madsen​ and Majida Halaweh​ were not at this game either: Julie was still on vacation in Hawaii, and Majida was at a robotics competition in Ohio, followed by a college interview at Princeton.)

Coach Aubrey Ann Parker brought apples, bananas, oranges, and nuts for half-time snack. (Martha Papineau [Amanda’s host mother] also brought cheese & crackers + veggies to the game, but she couldn’t find us at halftime because we were hiding from the cold in an outbuilding behind the field; don’t worry, we ate these snacks on Saturday during our home game against Elk Rapids!)

Coach Scott Kubit and Coach Parker both hurried back to Frankfort for Stormcloud Brewing Company’s annual Adult Spelling Bee, which they both tied for a total score of 12, but neither made it to the final round… good thing they are better at soccer than spelling! 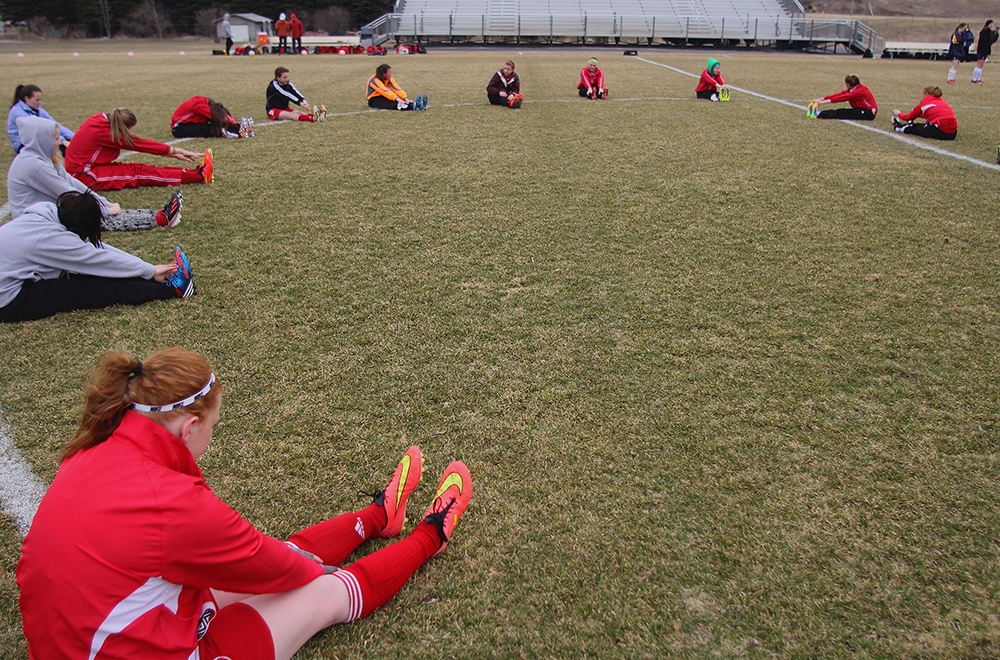 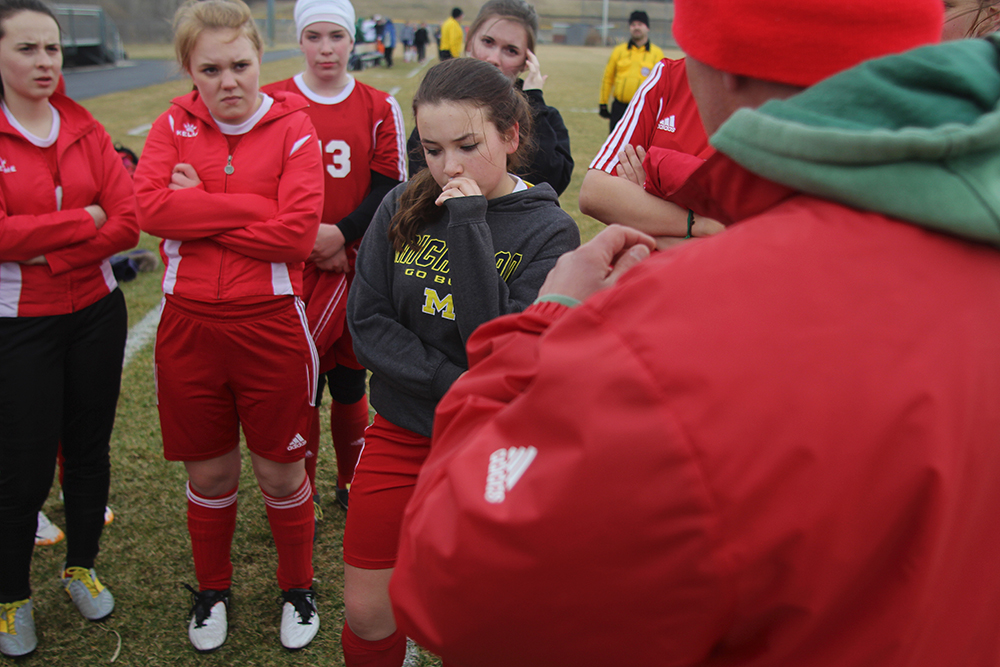 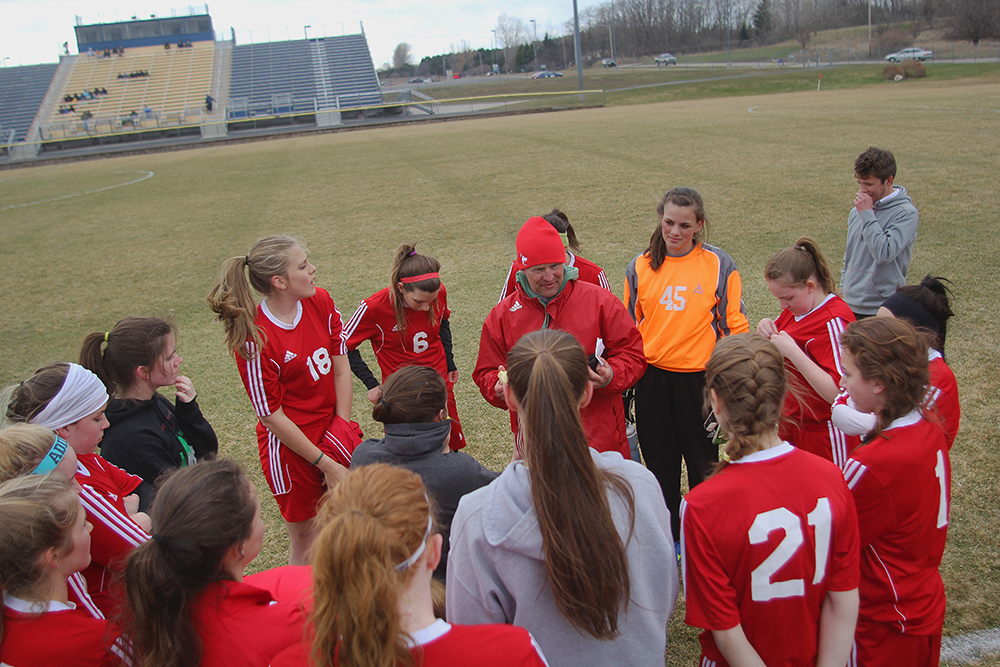 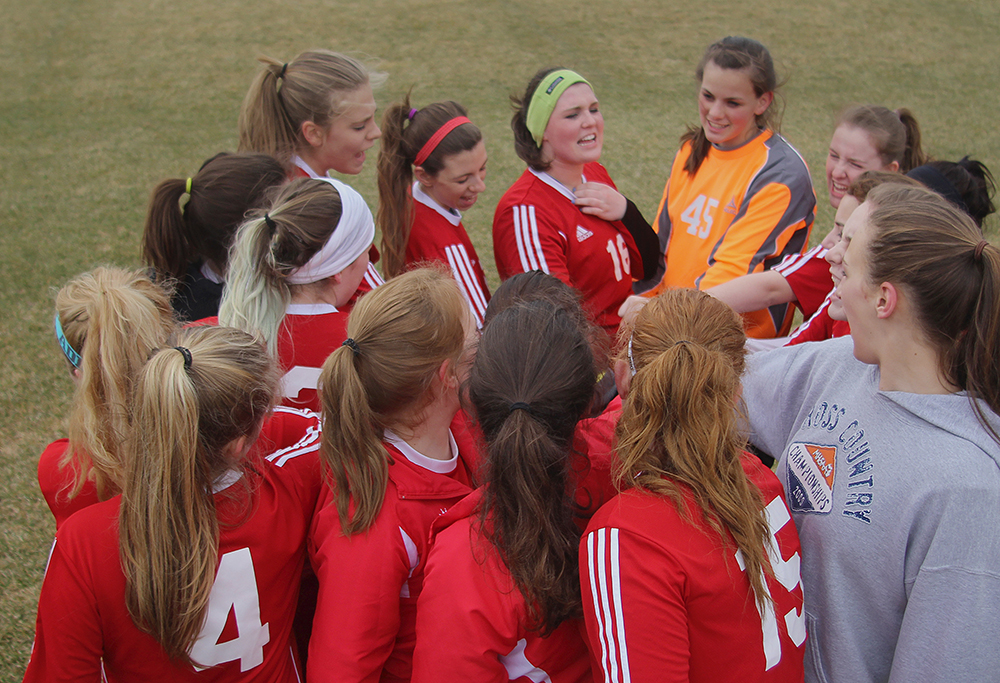 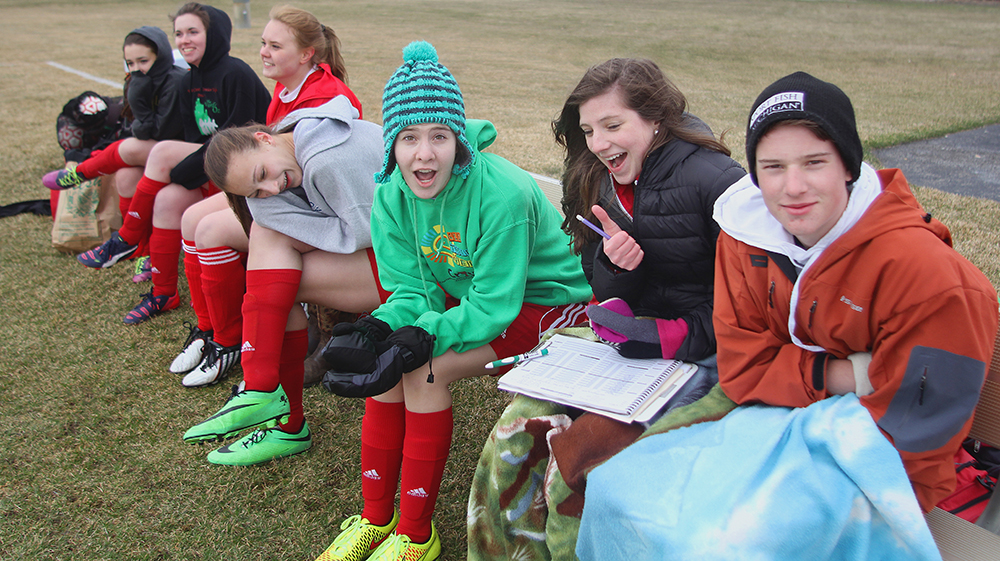 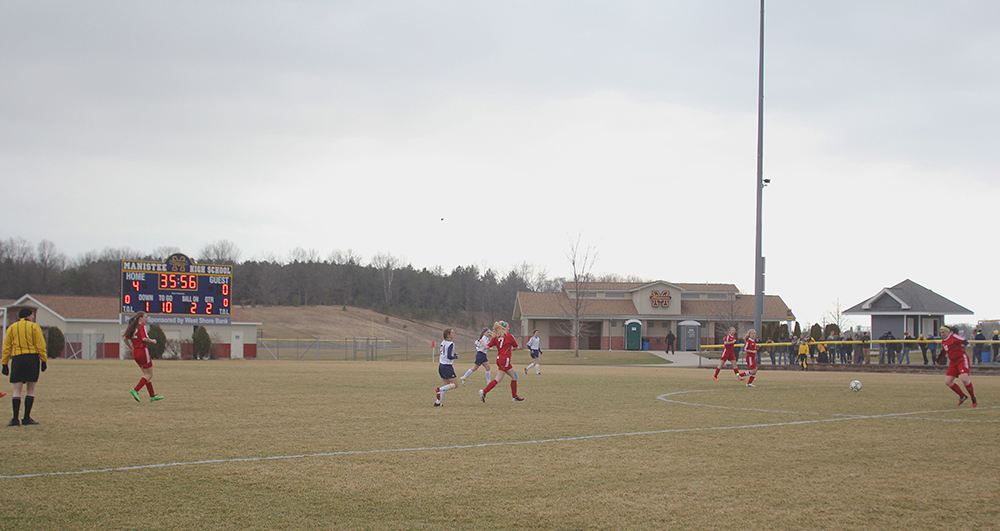 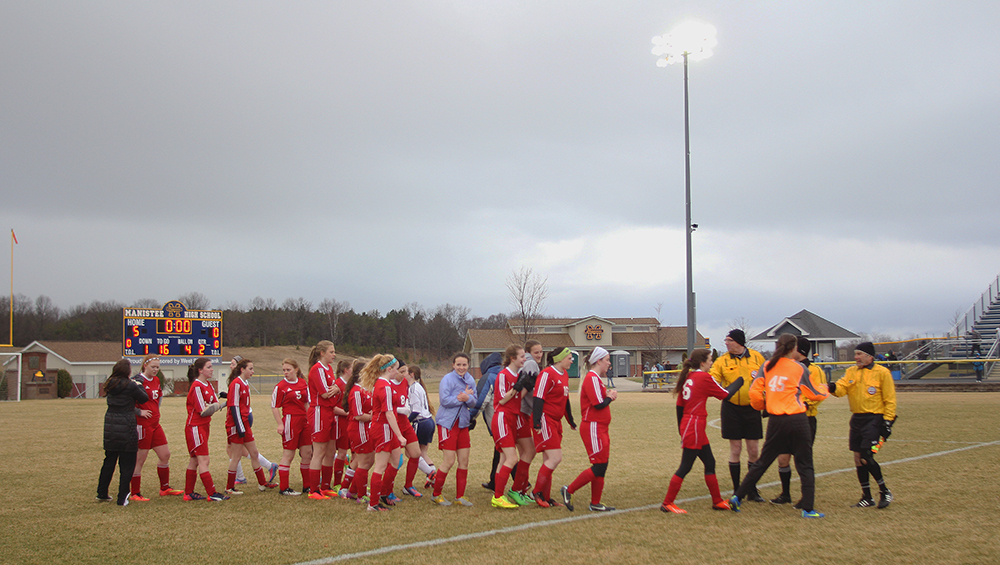