This was the second game of the 2015 season for the Benzie Central Girls Varsity Soccer team, and the team’s first home game. Though it was sunny and warm-ish, the side of the field by the road still had snow on it, so the Elk Rapids coach and the refs requested that we take the field in five yards for safety; thus a new line was painted on the field for this game.

After a rough start, the Huskies played a much better second half and started marking better on defense within the 18-yard line. Elizabeth Thaxton (Biz) returned to us after sitting out yesterday’s game with an ankle injury, and she found some playing time at midfield. Peyton Campbell injured her leg/knee during this game, and Meghan Hescheles (the trainer from Paul Oliver Memorial Hospital’s Sports Medicine & Rehab department) recommended that Peyton should sit out this entire week. Additionally, the Huskies were missing two starters at this game. (Julie Krosgaard Madsen was still on vacation in Hawaii, and Majida Halaweh was still at a robotics competition in Ohio, followed by a college interview at Princeton.)

Coach Aubrey Ann Parker’s dog Nova came to visit for the game, as well as Meghan’s dog, which made the girls happy. The girls had tons of half-time snacks: Megan Cota’s mom brought muffins, and we had the leftover cheese, crackers, and veggies from last night’s game (Martha Papineau, Amanda’s host mother, brought these), as well as the apples, oranges, and nuts that Coach Parker had leftover.

(Note: We played on, despite the “mercy” rule of eight goals when you would usually stop playing, so that the girls could get a full 80 minutes of playtime.)

Also, here is a MIPrepZone North article about the game, and it has 50 great photos of our girls in action, so check it out! 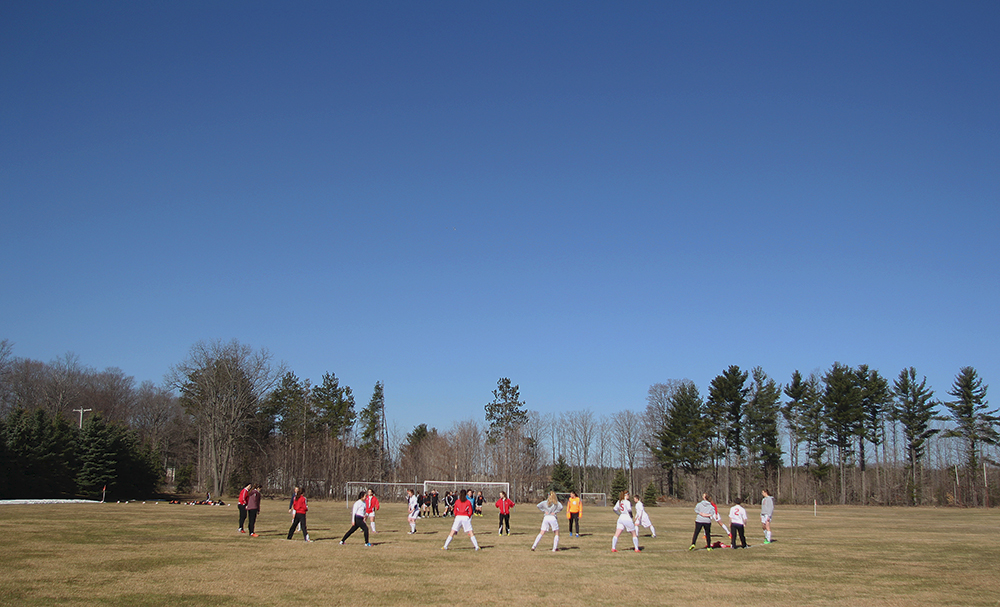 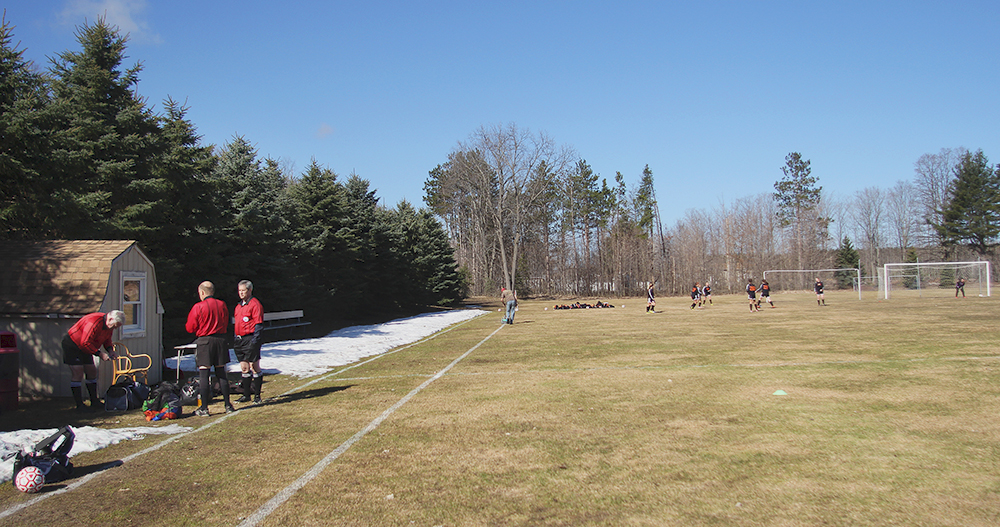 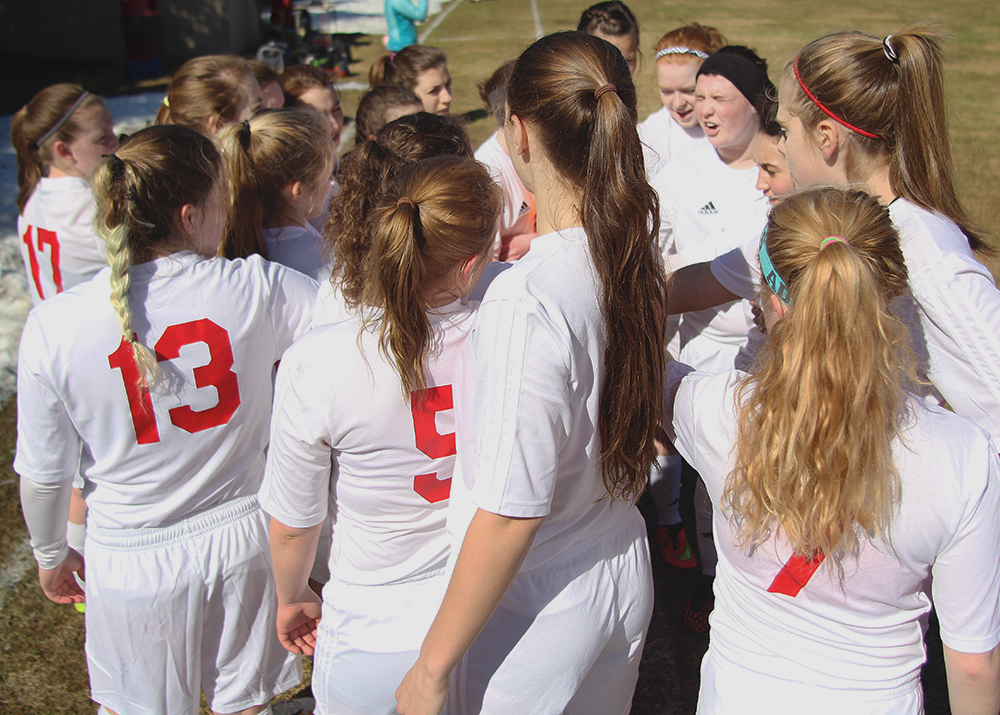 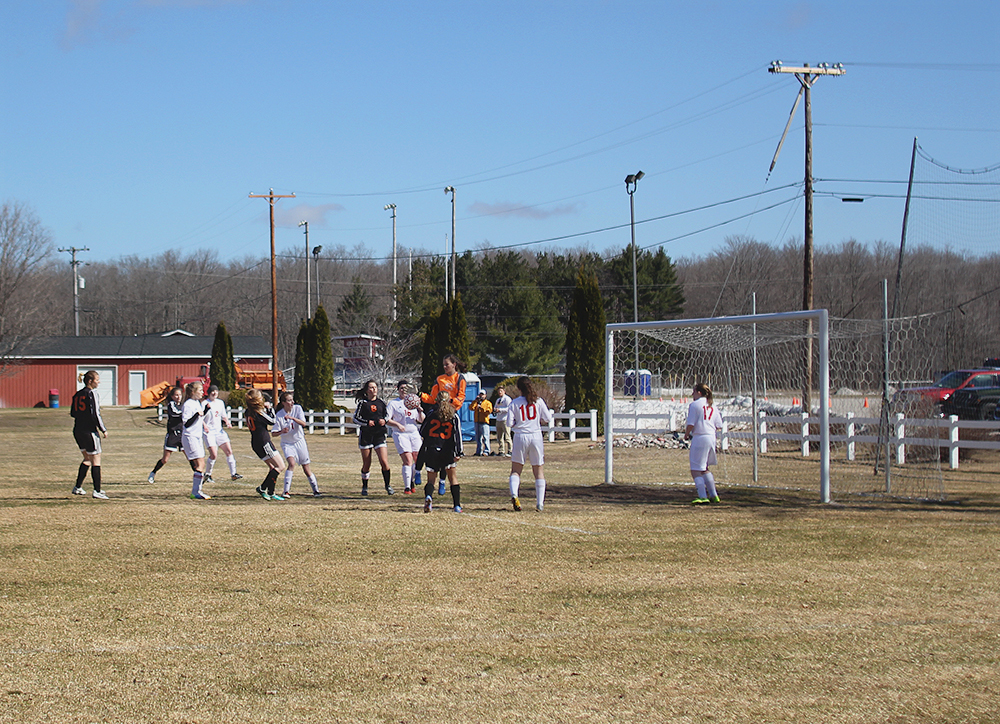 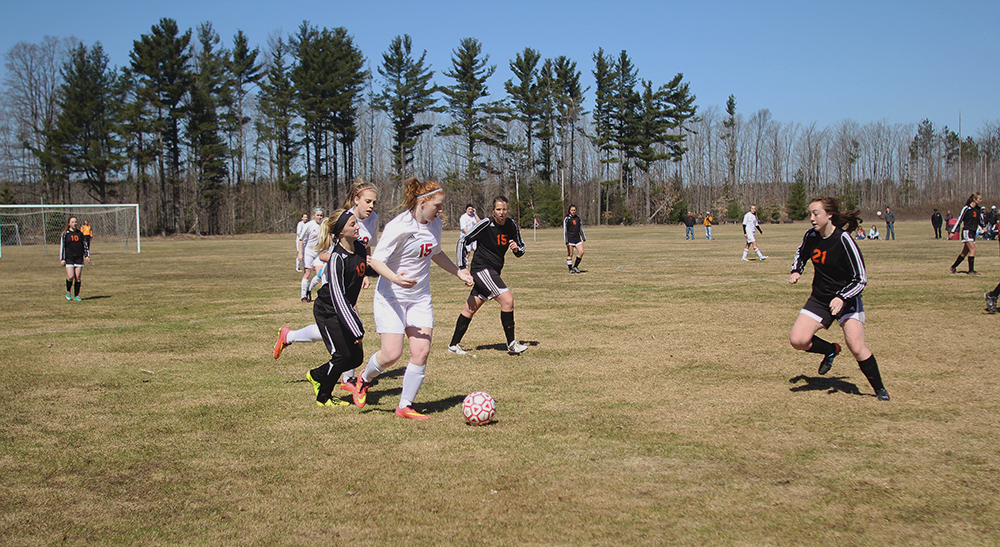