This was the second game of the 2018 season for the Benzie Central Girls Varsity Soccer team, after we had to cancel a bunch of games earlier in the season due to the snow. The game was played on Glen Lake’s turf football field, so the ball was faster and bounced more than on a dirt/grass soccer field. It was partly cloudy and 45-ish, so a bit chilly but not freezing.

There were 22 shots fired on Benzie goalkeeper Jenna Cole during the first half, and the Glen Lake Lakers were able to score on four of those opportunities. Meanwhile, our girls had zero shots in the first half.

The first goal of the game came at 22 minutes in, when #23 (sophomore?) Sydney Yeomans received a cross at the 6-yard line from the right side, and she one-touched it into the net. The second goal of the game was also scored by Yeomans, five minutes later, when she had a break away to the net that started at the 35-yard line. Our girls held the Lakers off for the rest of the half, until they got tired with only 2:22 left in the first half, when #5 Lilie Diotte scored on a break away that started at the 25-yard line, and then with only 1 minute left to go, #10 Allie Bonzelet scored on a through-ball pass.

During the second half, Glen Lake took 13 shots, and the Benzie girls took two shots. Bonzalet scored her second goal of the game at just two and a half minutes into the second half, on a breakaway that started from the sideline. However, after that, our Huskies held off the Lakers for the rest of the game and played very tough, much as they had for big stretches of the first half. Benzie goalkeeper Jenna Cole (sophomore) had nine saves in the first half and nine in the second.

This was definitely one of the better games that we have played against Glen Lake compared to previous seasons. Our girls played tough for the first 10-15 minutes of this game and the last 35 minutes of this game, but they struggled a bit for a chunk of time in the middle. We definitely are working on getting into “game shape,” because all but two girls (one of them the goalie) asked for a substitute at least once during the game.

We are continuing to play around with positions until we get our girls into the best fit, which is normal; for instance, Allana Bostick at center defense this game, which typically she will find herself in a midfield or forward position, but we needed help on defense during this game. All in all, I feel like we have quite a bit of depth in positions that we haven’t had in previous seasons, which is a good problem to have. Overall, the team played decently, given that this was the first showing of the year and that we were missing a starter. (Maile Church, our typical starting goalkeeper, was visiting her sister at Harvard University.)

Sadly, we don’t have a practice between now and Monday, when we play Glen Lake again, this time on our home field. It would be nice to have a chance to fix a few things in practice before matching up with the Lakers again so soon, but with rescheduling because of the snow earlier this season, we won’t be able to.

Click here to see video coverage of our game that aired on 7&4 News/UpNorthLive. 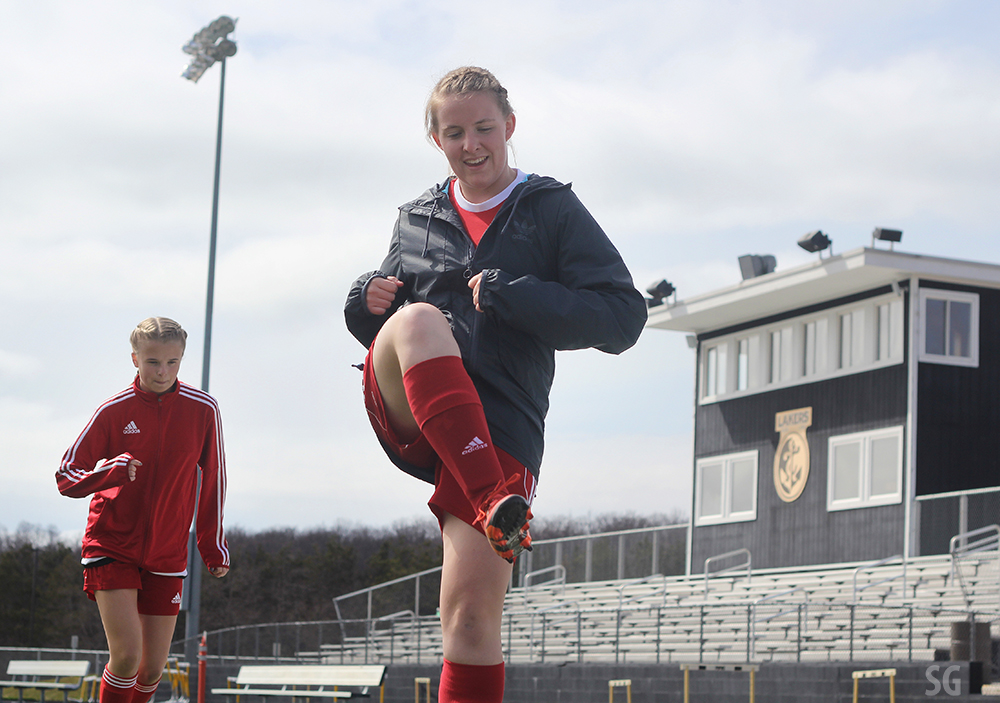 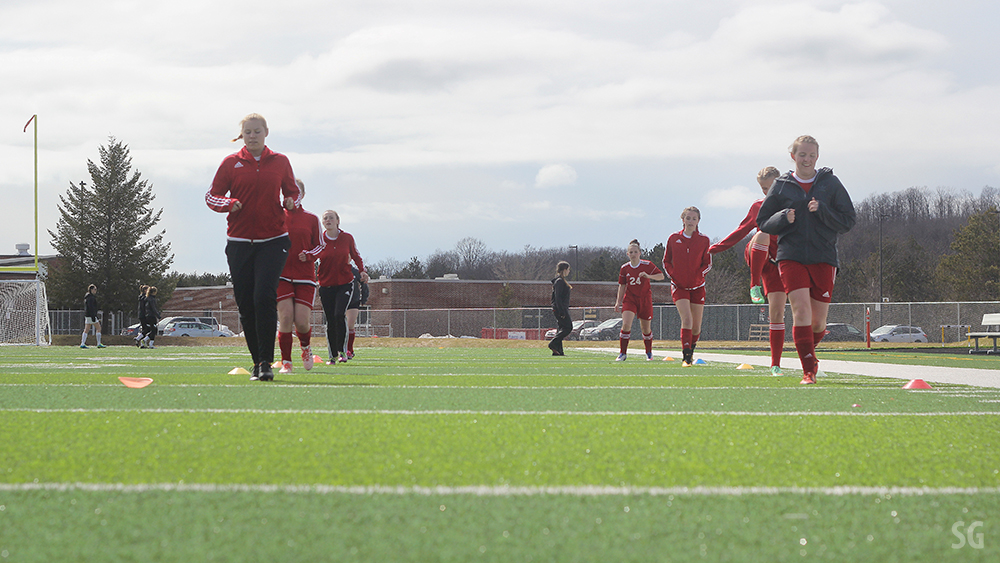 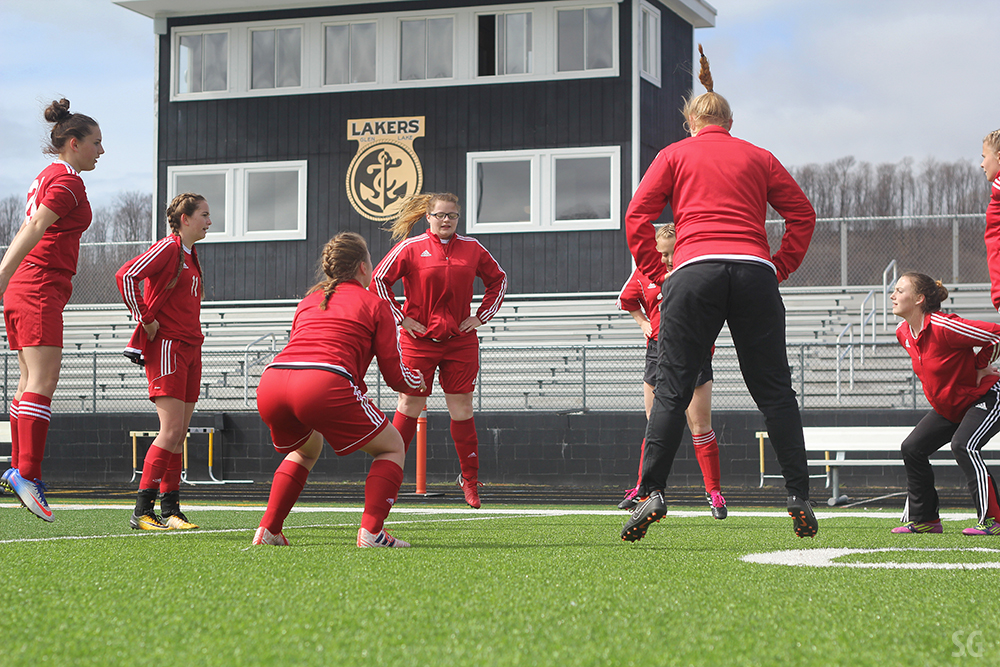 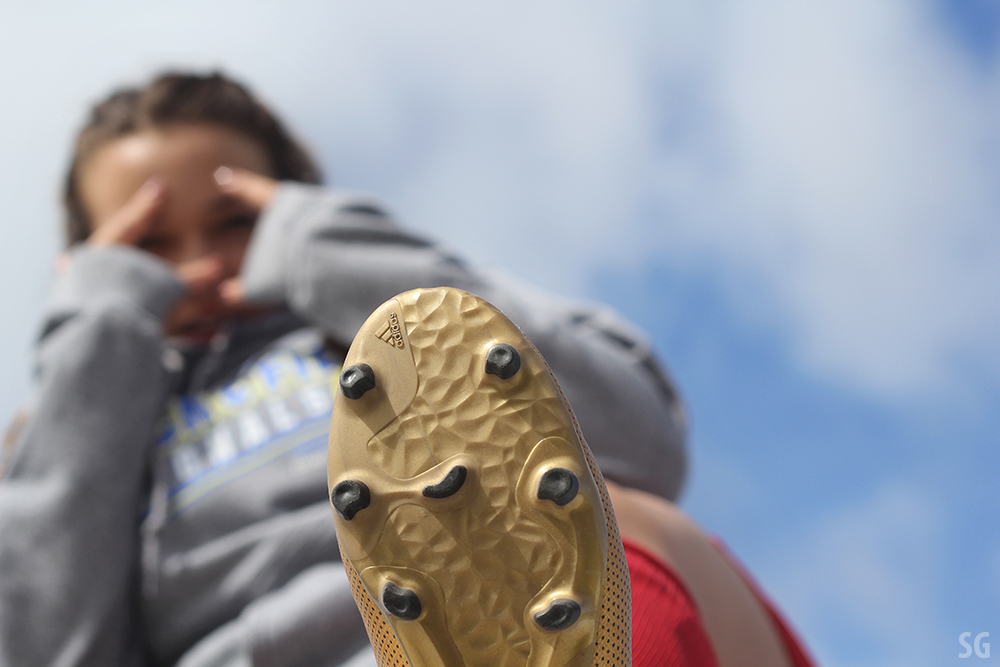 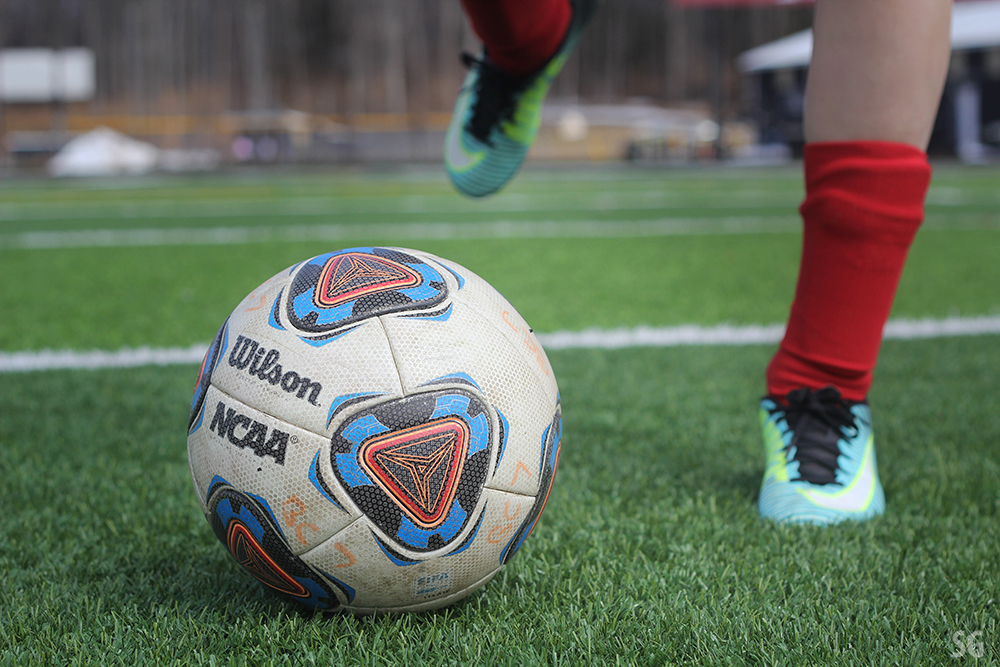 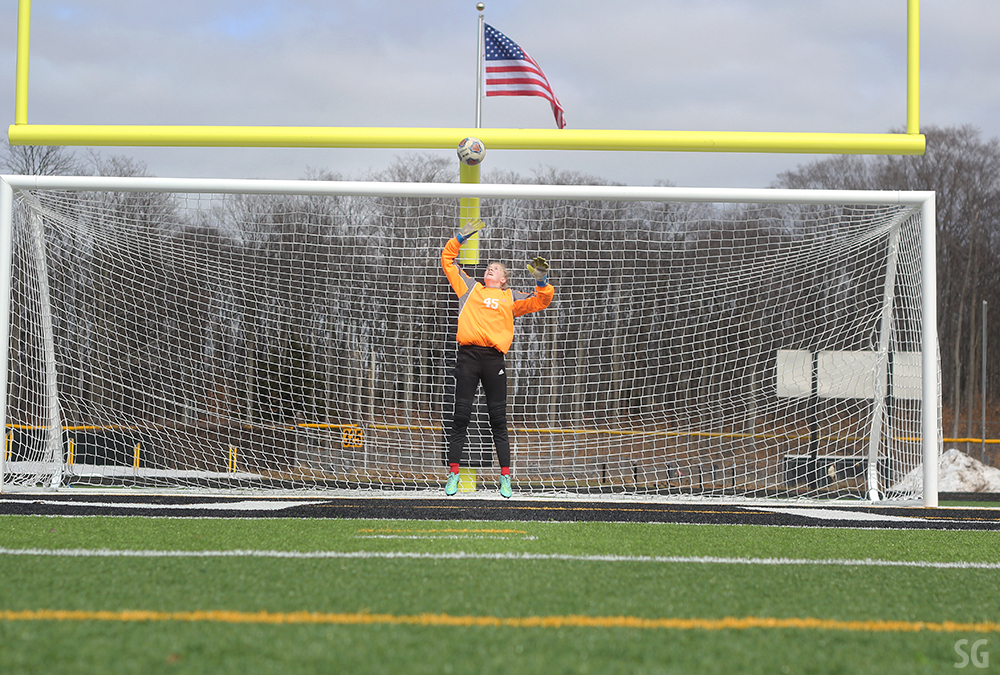 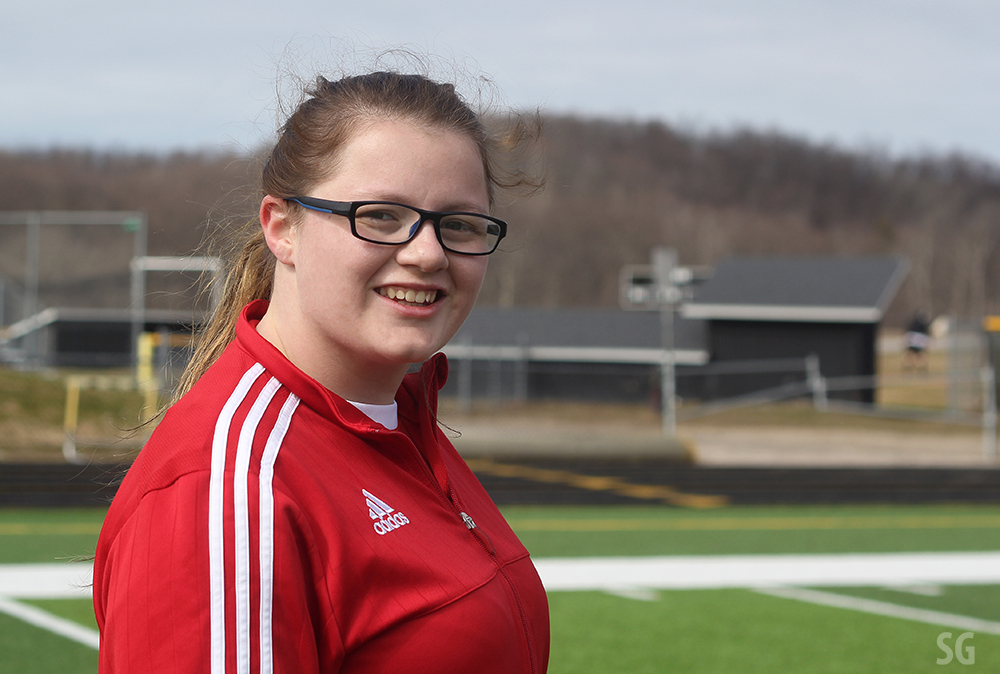 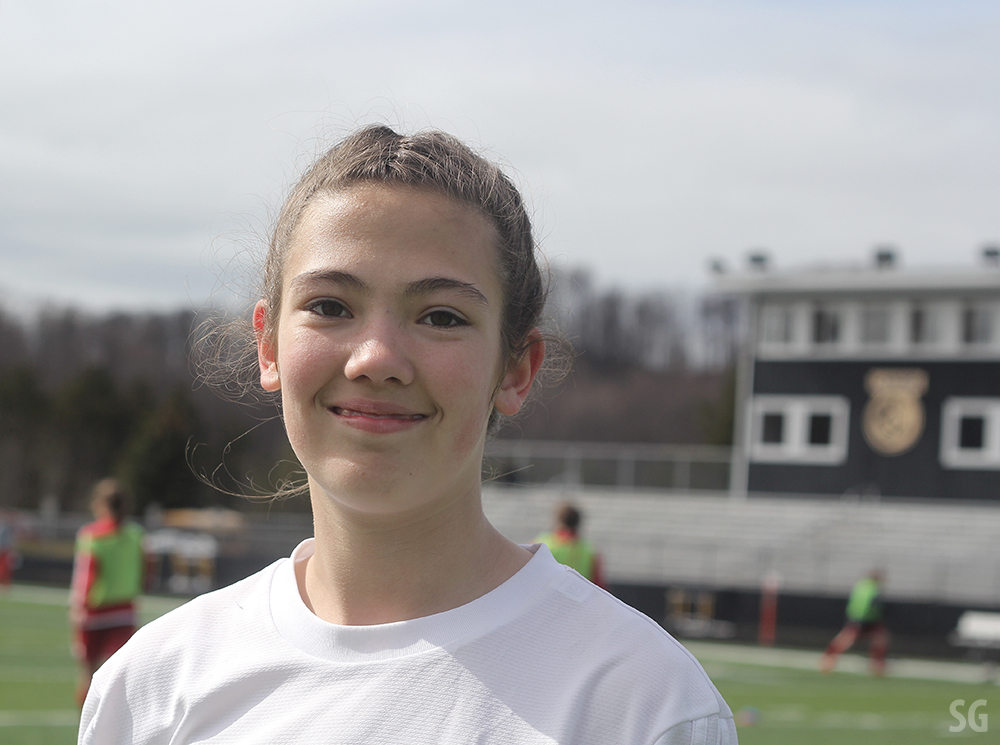 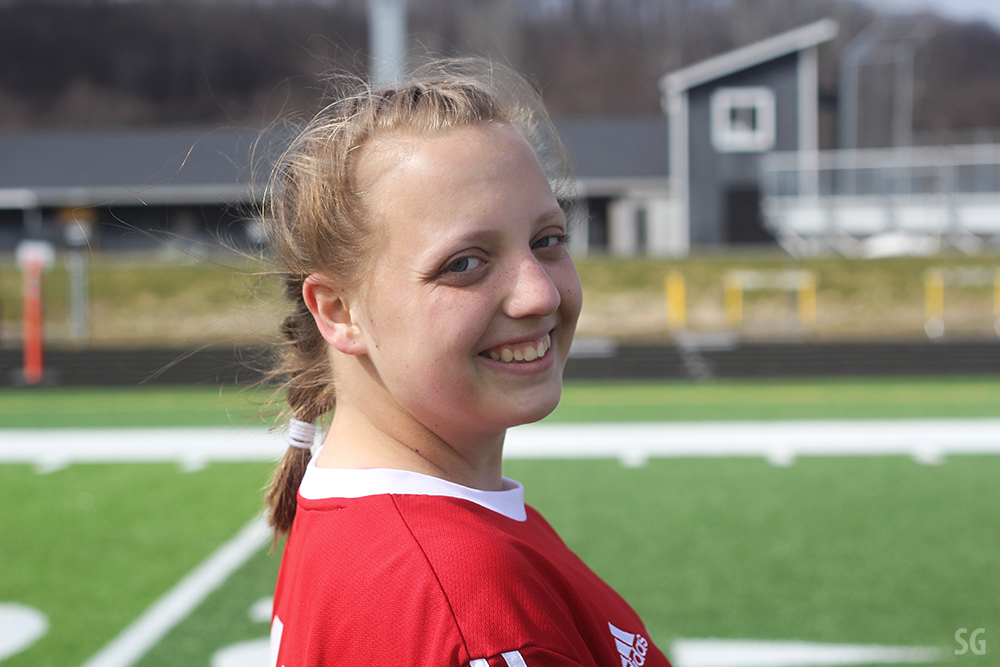 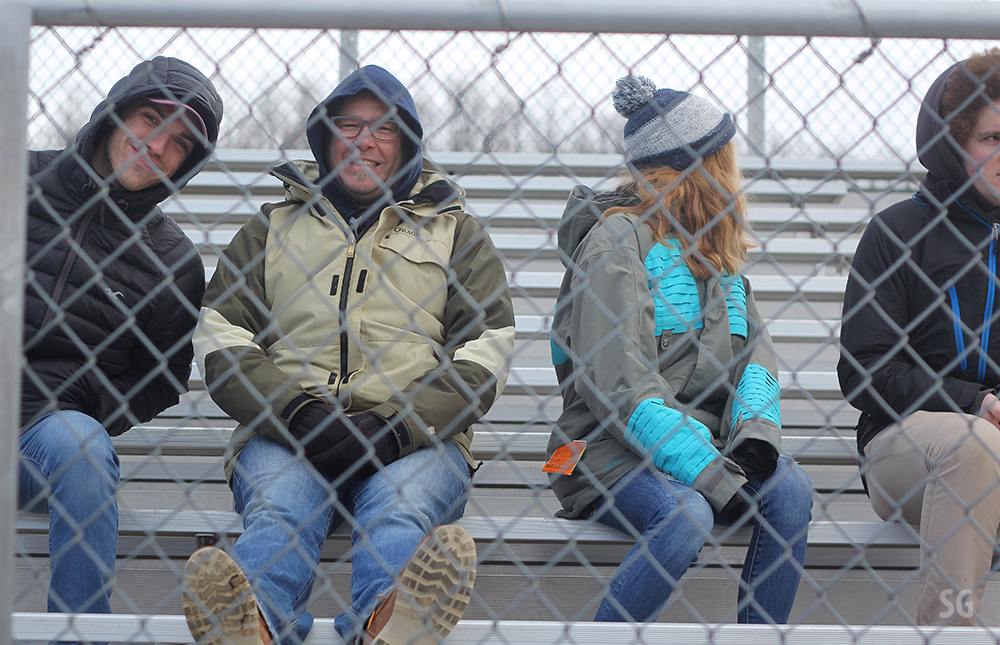 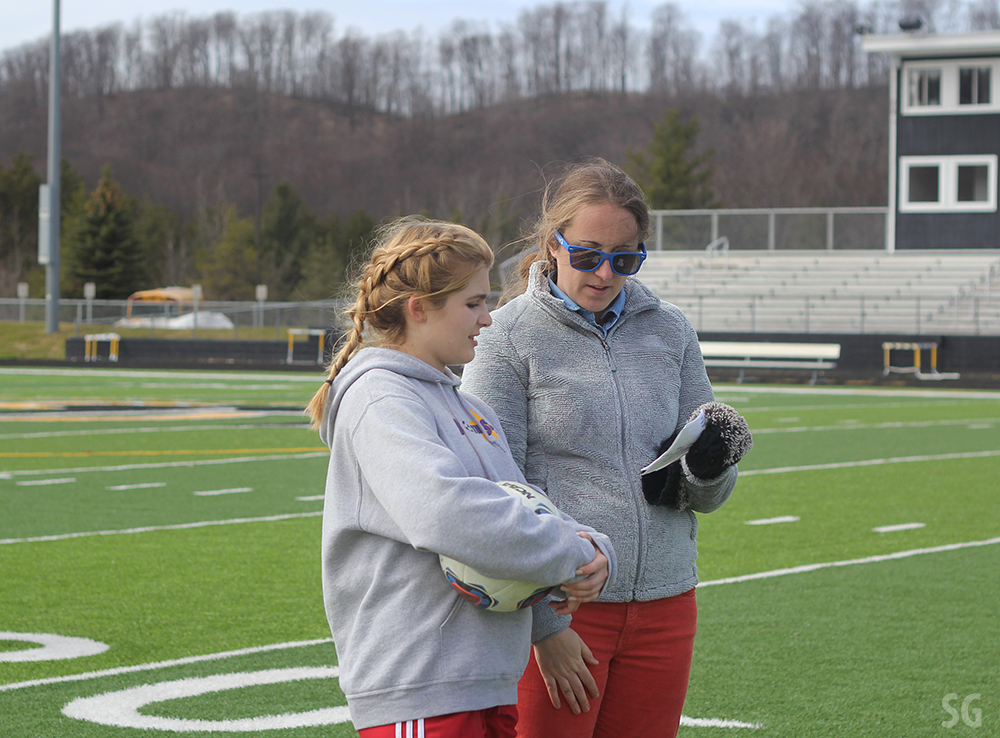 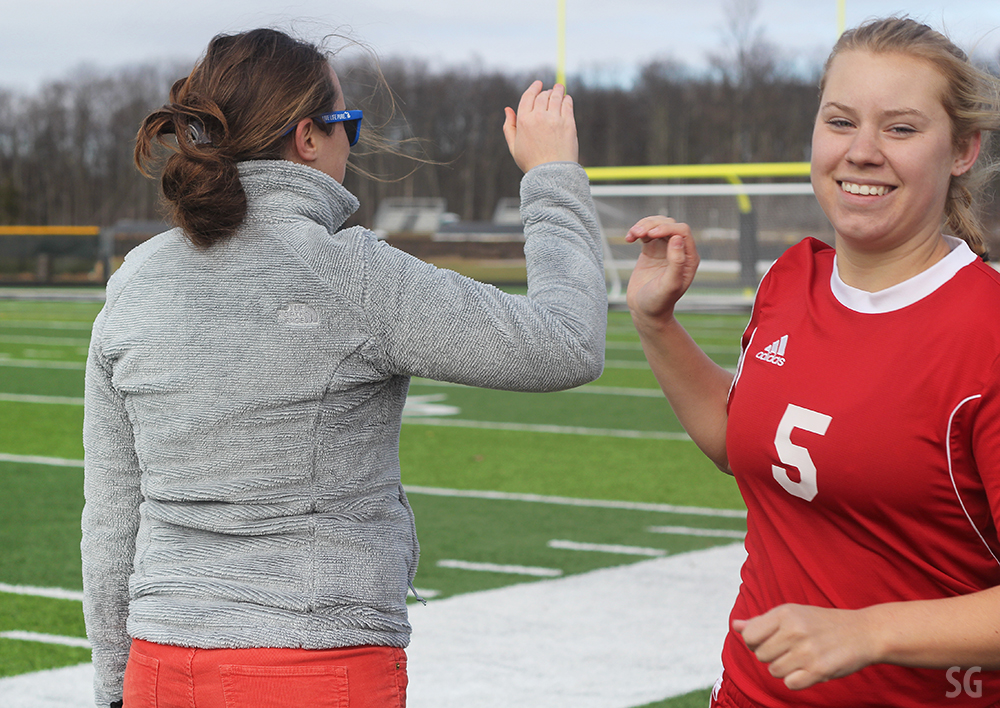 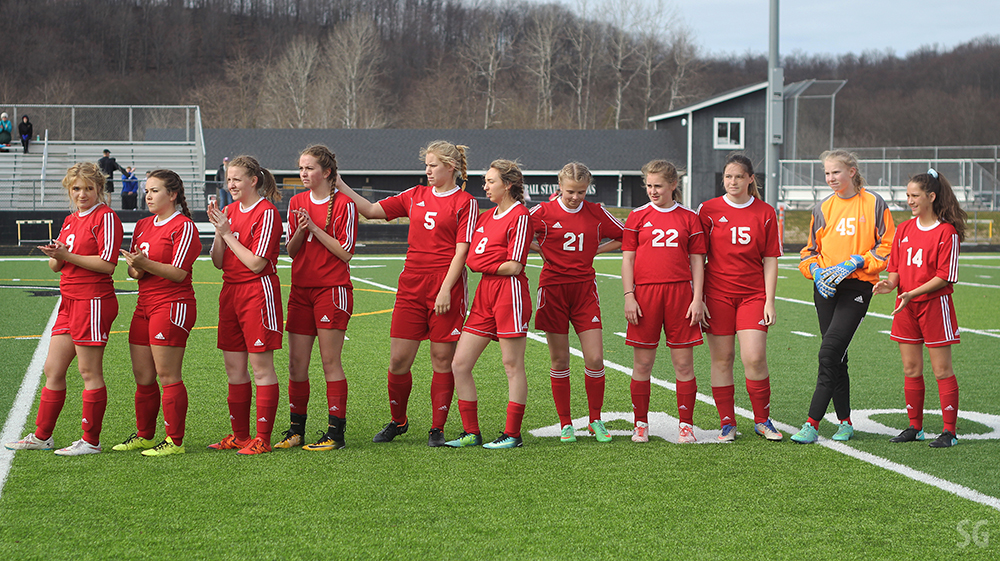 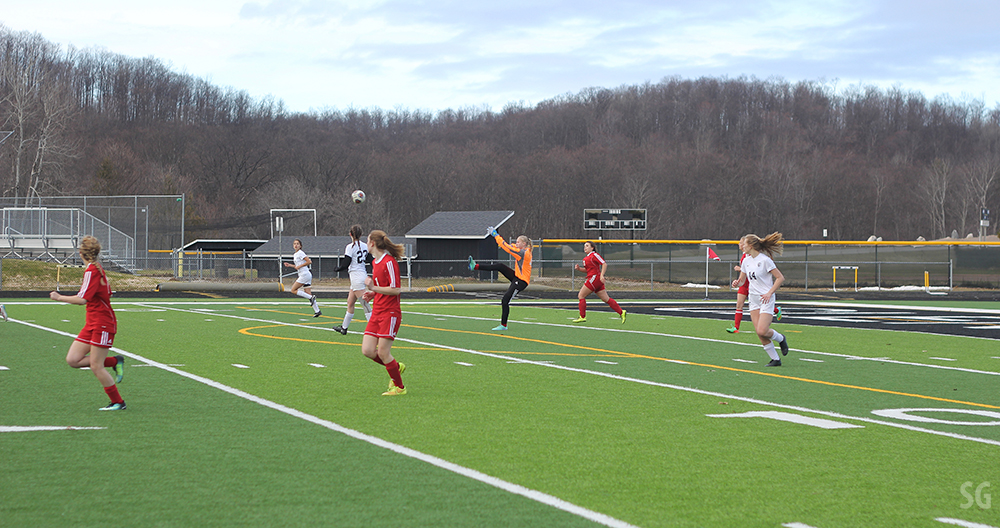 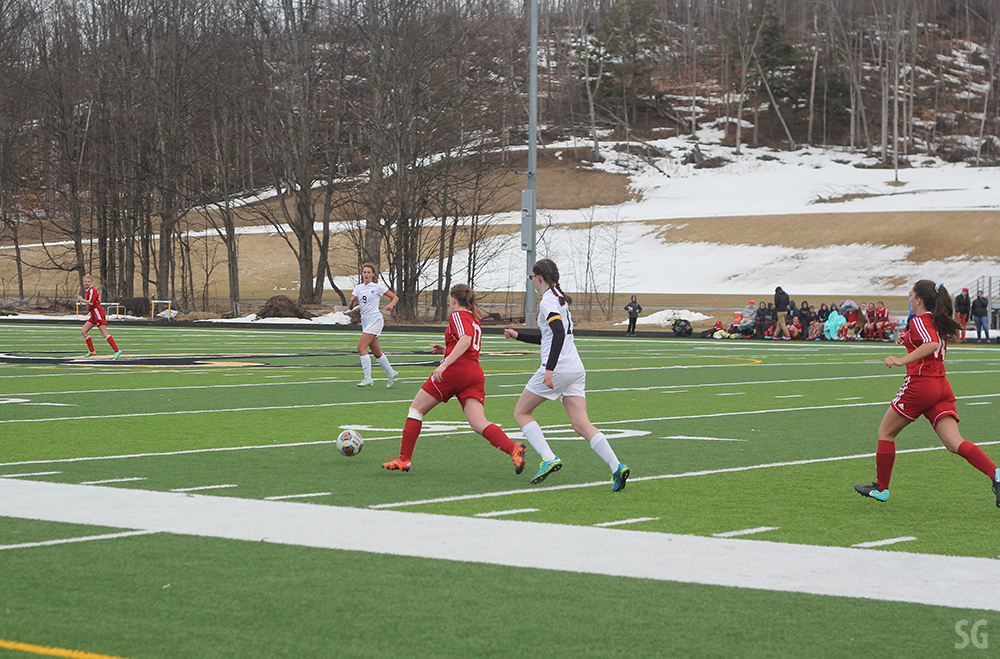 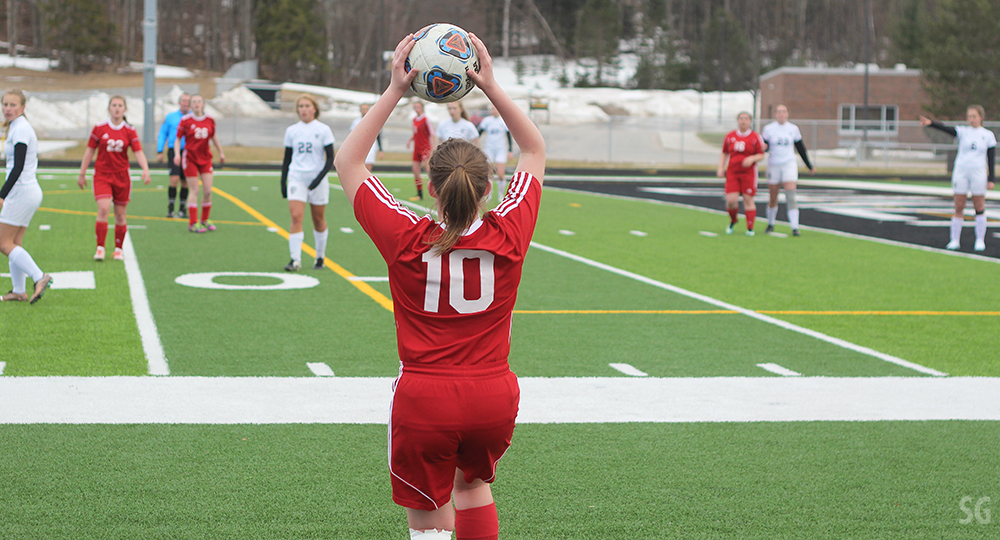 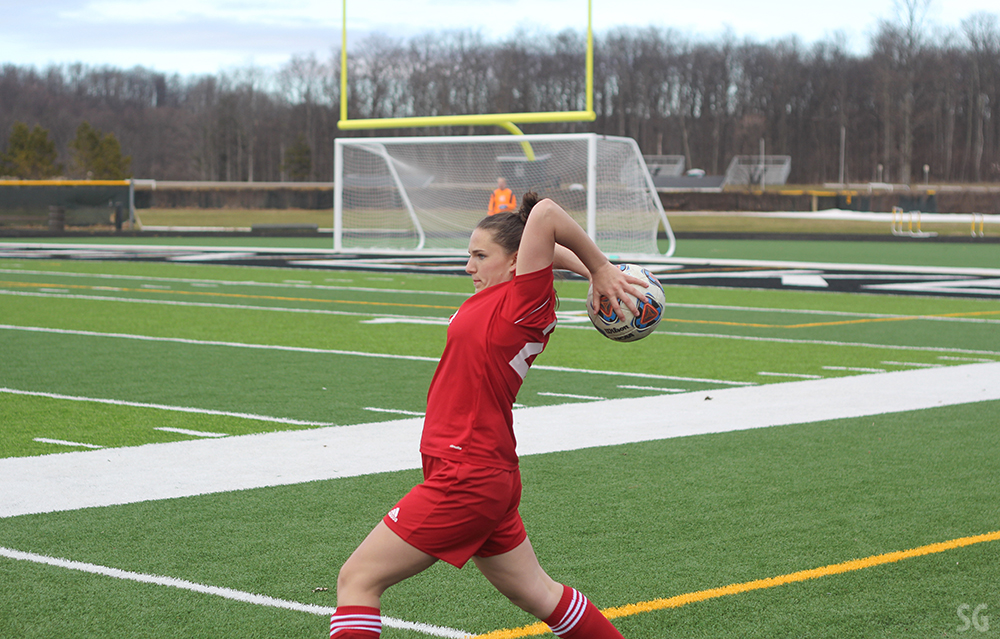 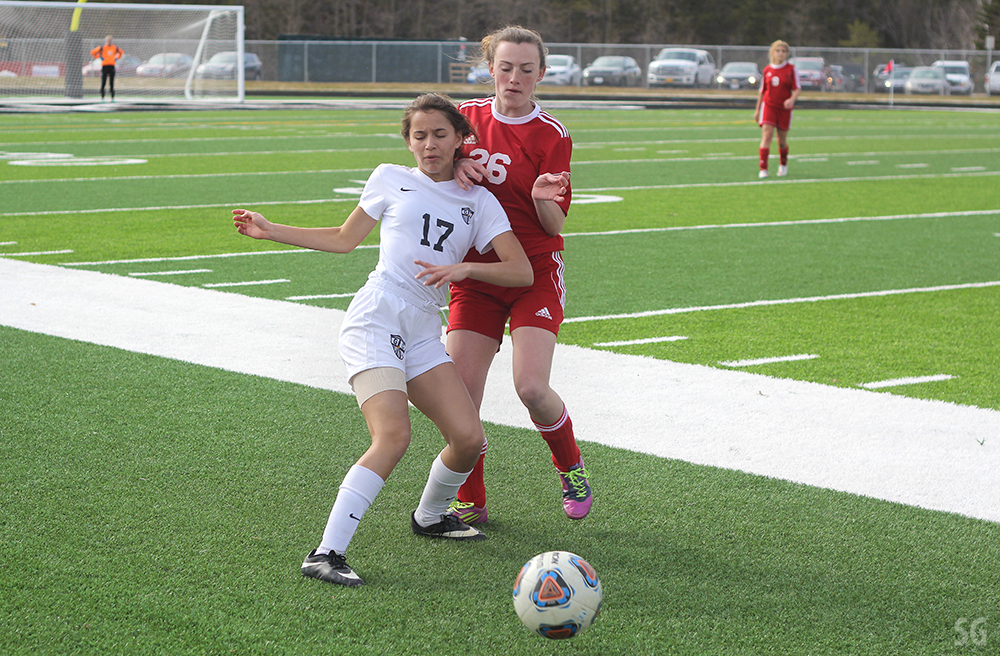 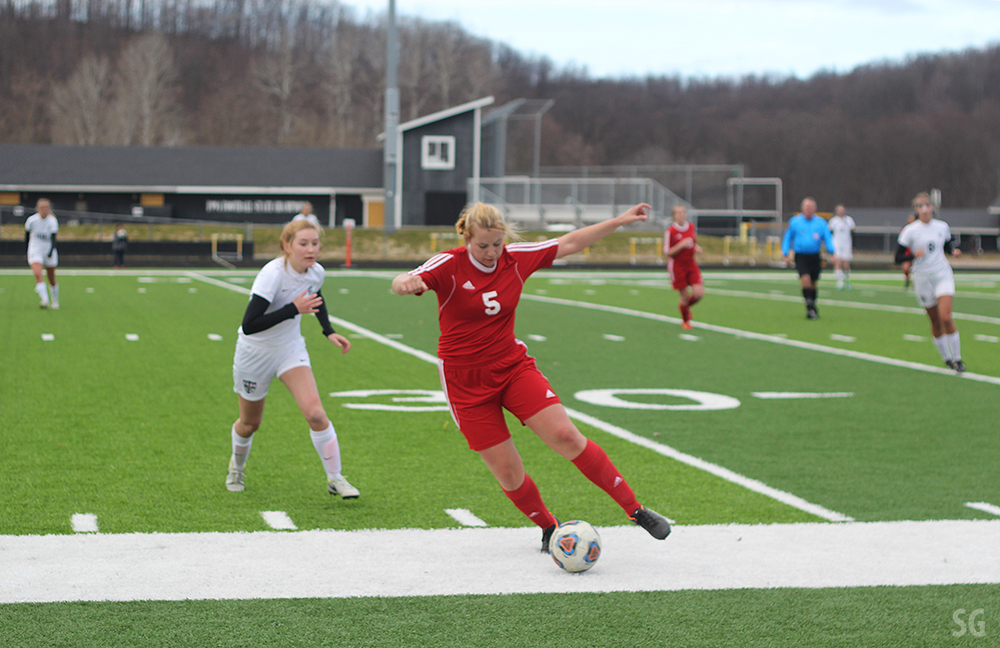 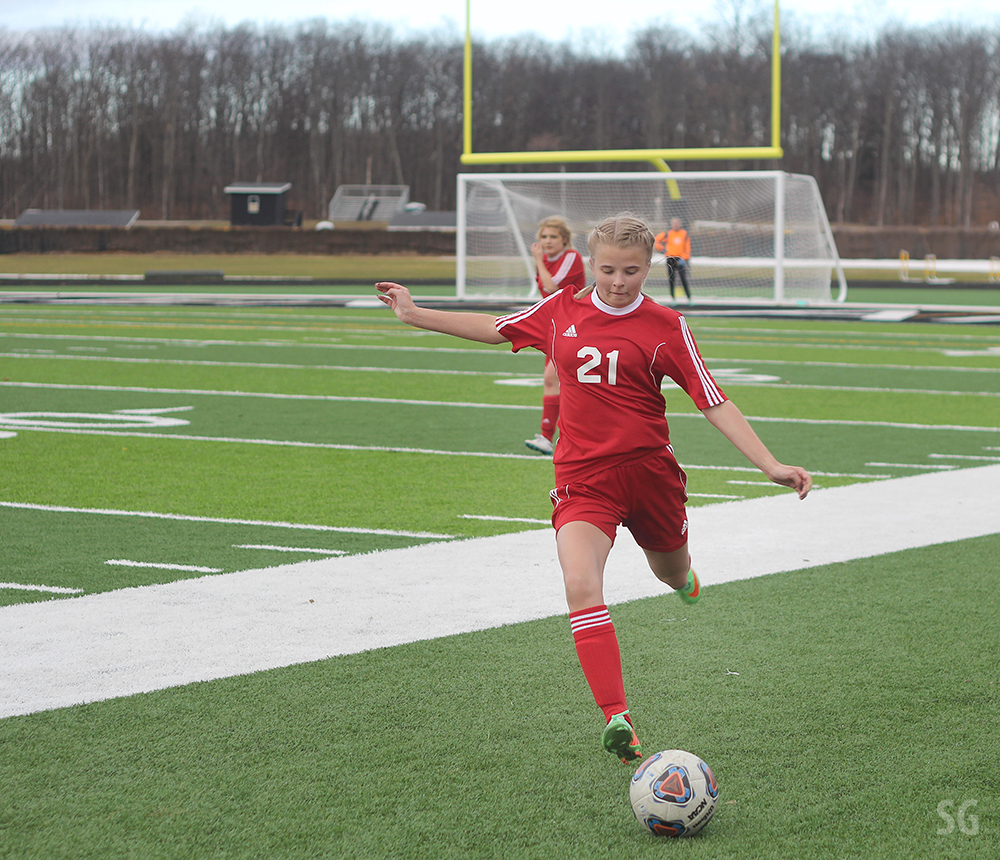 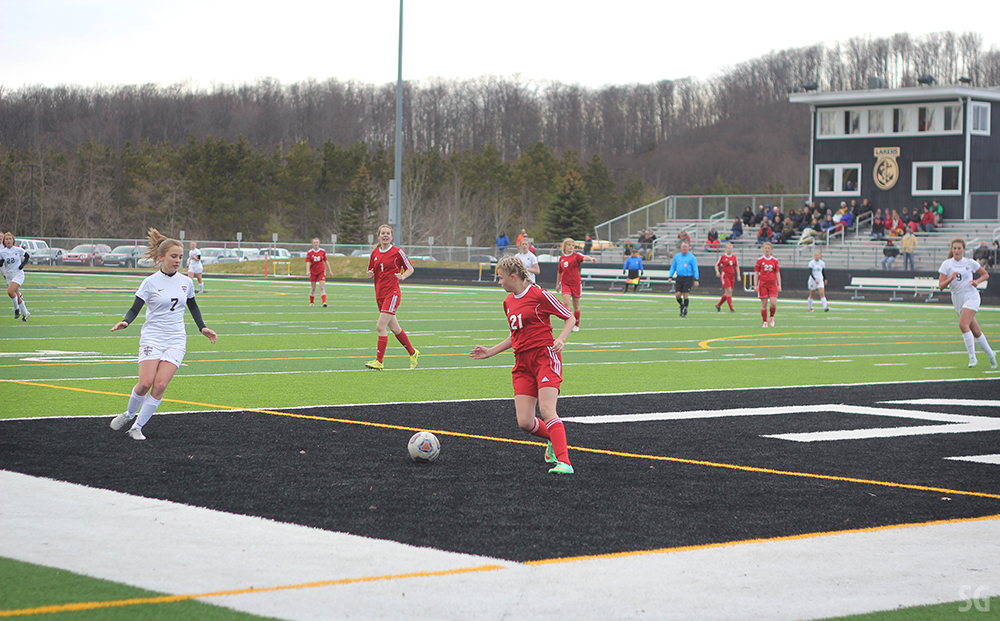 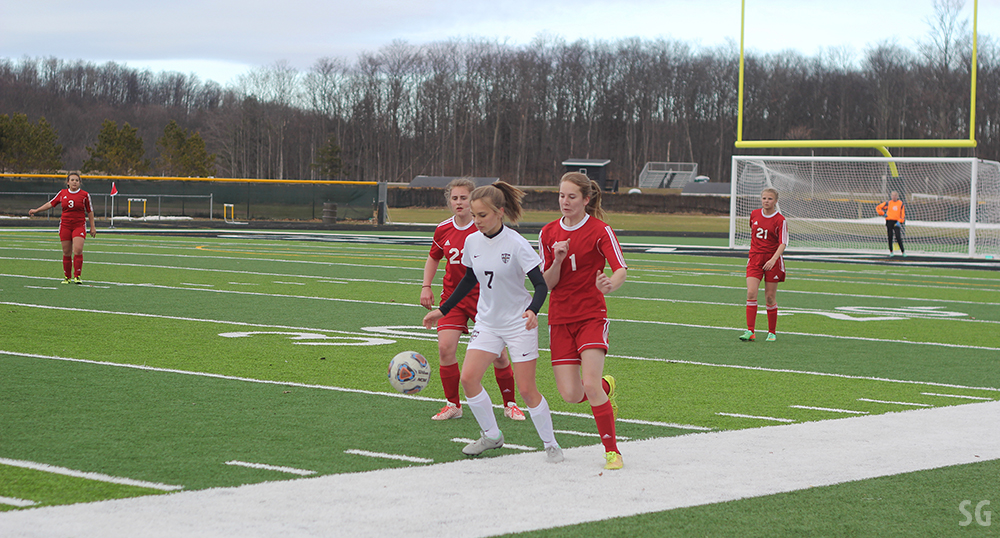 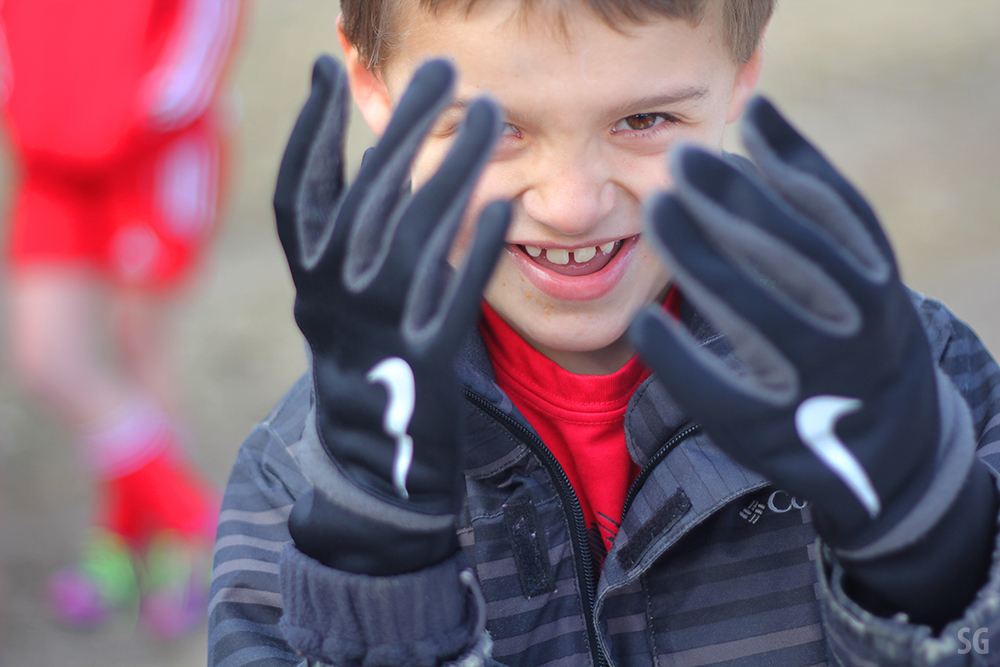 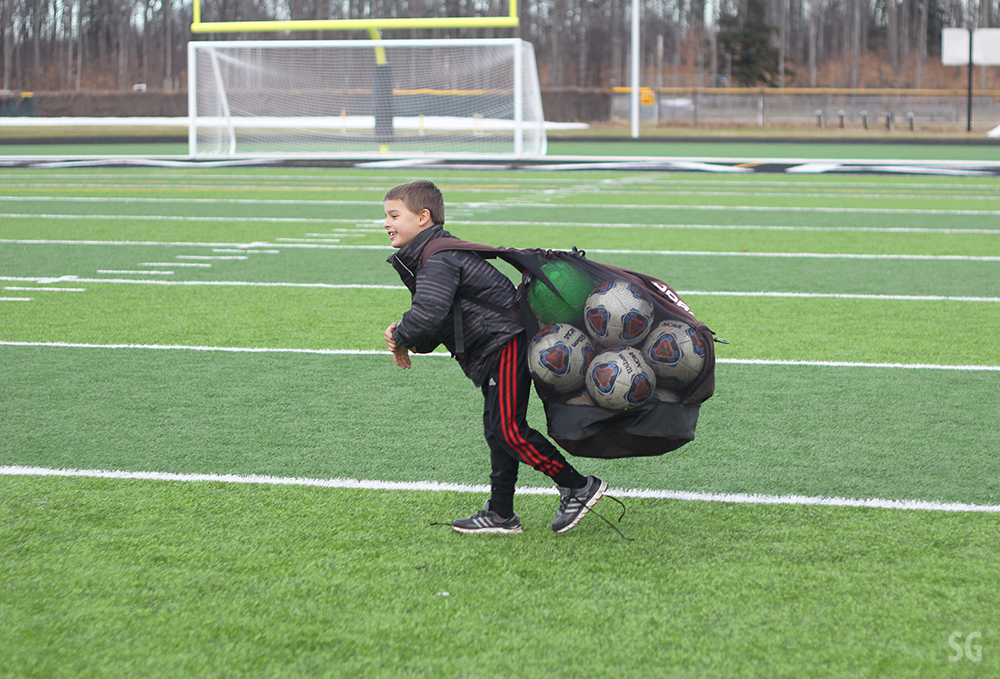 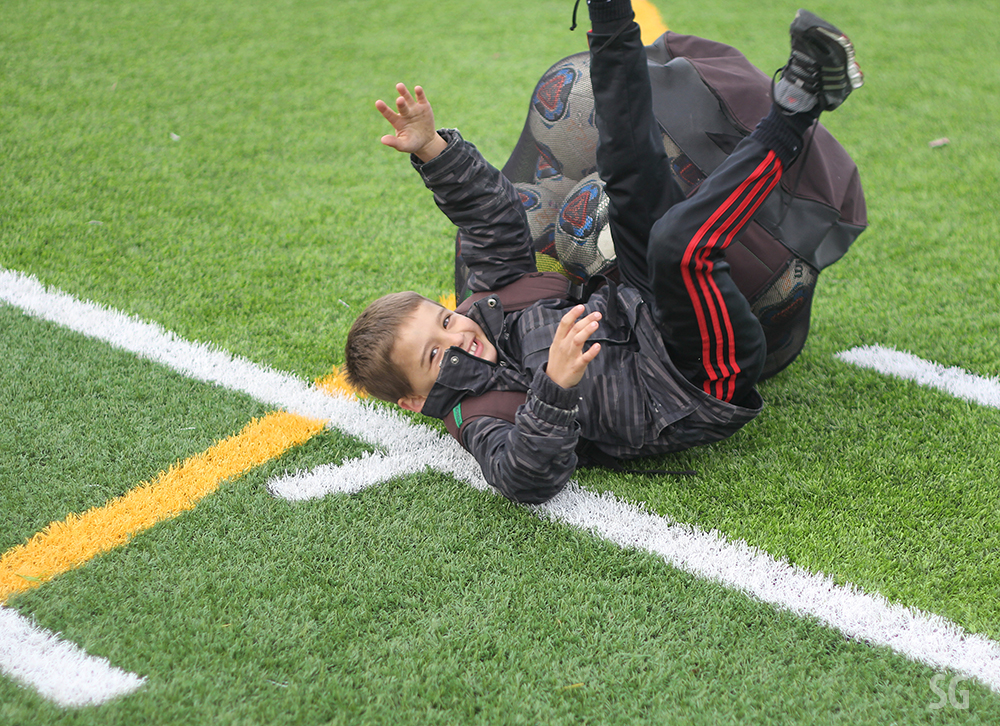