This was the first game of the 2017 season for the Benzie Central Girls Varsity Soccer team. We were a little confused about where this game was to be played: in the past, we have gone to Heywood Park in Long Lake Township to play the Traverse City Homeschool team, but this game was played at Elmwood Township Park, near Cherry Bend, in Leelanau County. Because of this confusion, we got to the field quite a bit later than we would have liked, and thus warm-ups were not ideal for getting us into the right mindset before the game. (Of note: this was our eighth time playing outside this season, compared to only four outdoor practices before our first game of 2016, which you can read about here.)

Our starting goalie is typically Maile Church, but since she wasn’t able to practice the day before this game because she was still on spring break vacation in Puerto Rico, she could not play for the first 10 minutes of the game, per our team rules. Instead, our second-string goalie Sydney Ghering played the first 10 minutes in goal; during that time, Sydney had one save, as well as one goal scored on her. That first goal came from #5 on the TC Bulldogs team — Savannah Raudman scored three minutes into the first half from the 6-yard line, just to the left of the goal.

After the goalie switch, there were six shots on Maile during the remaining 30 minutes of the first half, and the Bulldogs were able to score on one of those opportunities — at 18 minutes into the first half, #11 Kennedy Eichstadt scored from the 6-yard line in the center off an assist from #3 Abi Gorcyca. There were seven shots on Maile during the second half, and one of those went in; this was the second goal from #11 Kennedy Eichstadt, this time at the 12-yard line, slightly to the left of center.

We are still figuring out positioning, having lost some key players from last year’s team. For instance, we started Allana Bostick at sweeper and Allie Howell at center defense, but we eventually switched those two. We also moved Mimmi from center forward to center midfield, because it was obvious that she has a lot of stamina to be able to run at a midfield position and she wasn’t receiving the ball at the forward position, so all of her energy was being somewhat wasted. Over the course of the next few games, we will be playing around with positions until we get our girls into the best fit, which is normal.

Overall, the team played decently, given that this was the first showing of the year and that we were missing a few starters. (Katie Cole had been at the doctor the day before, so she couldn’t start; she eventually moved into the center forward position and did quite well there. As mentioned, Maile Church had been on spring break, so she couldn’t start. Jenna Saier was not allowed to practice the day before, because of her knee injury, so she couldn’t start, but she was eventually moved in at the outside midfield position. Haley Papineau was absent for the game, because she was at a robotics competition.)

The Traverse City Record Eagle‘s website featured stats from the game, which you can see here. Photos from the game can be seen below; all photos by Aubrey Ann Parker, unless marked with a BD watermark — those photos taken by freshman girls soccer player Brianna Dufrane. 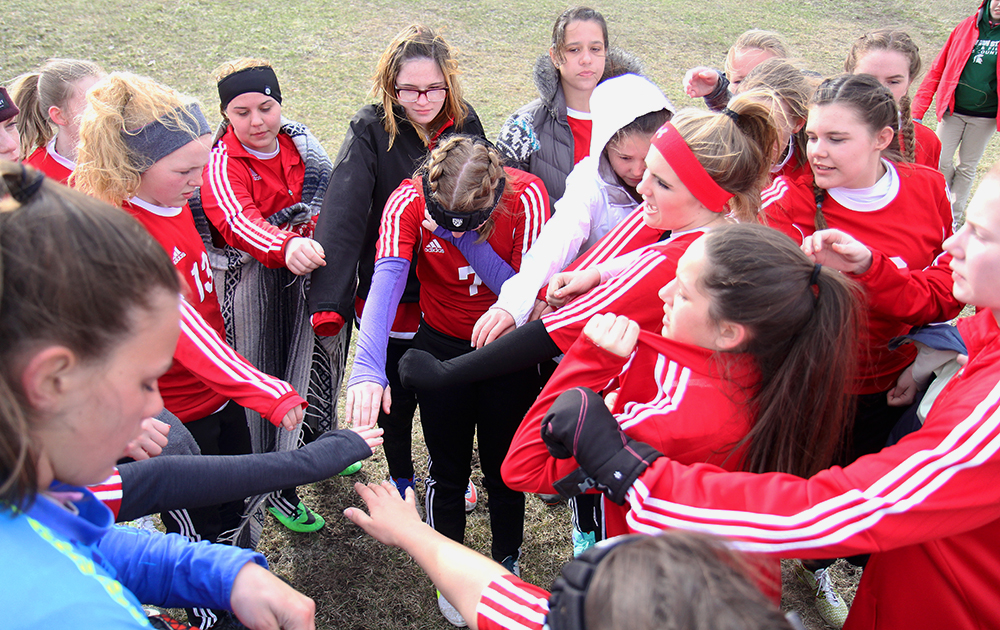 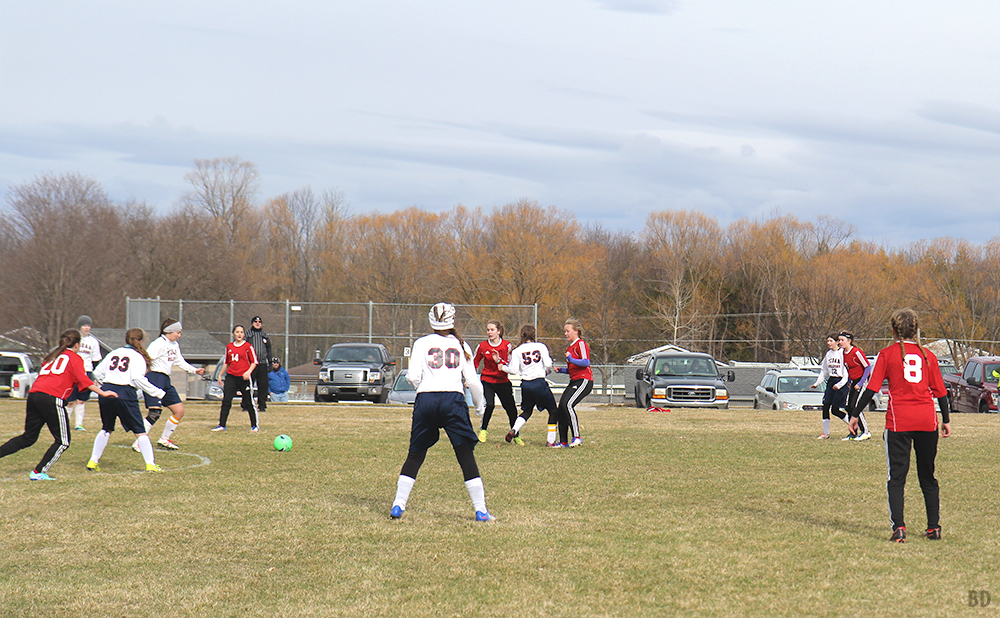 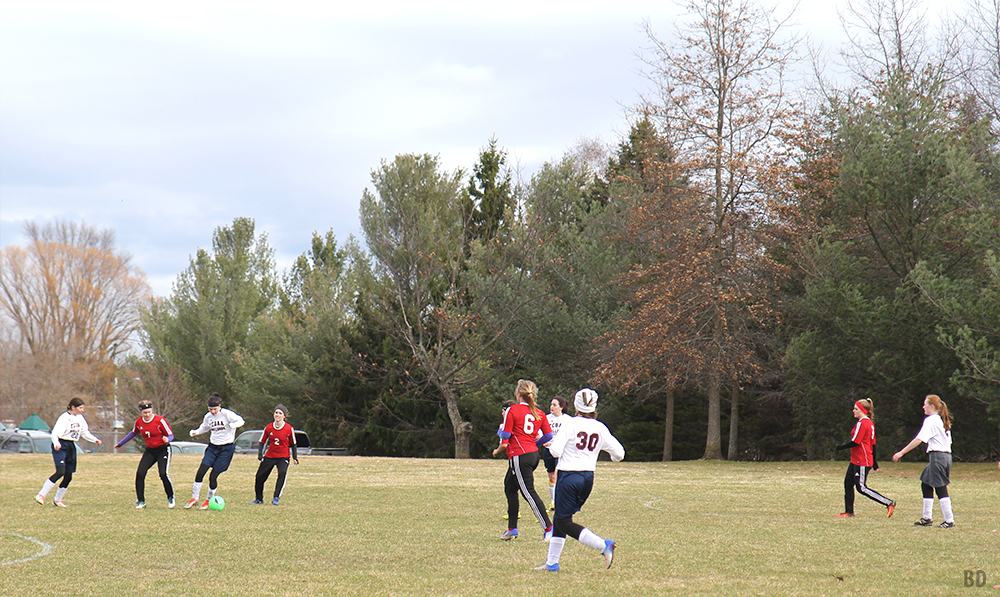 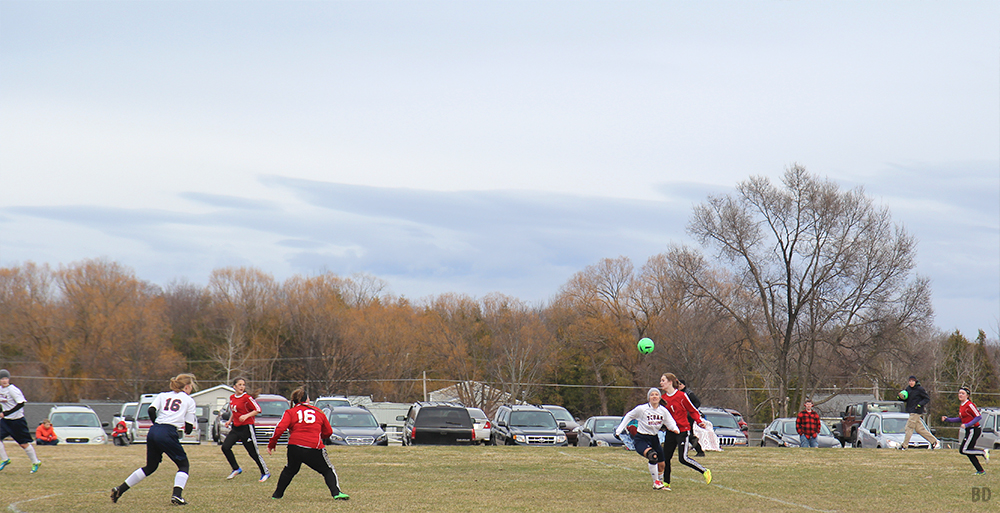 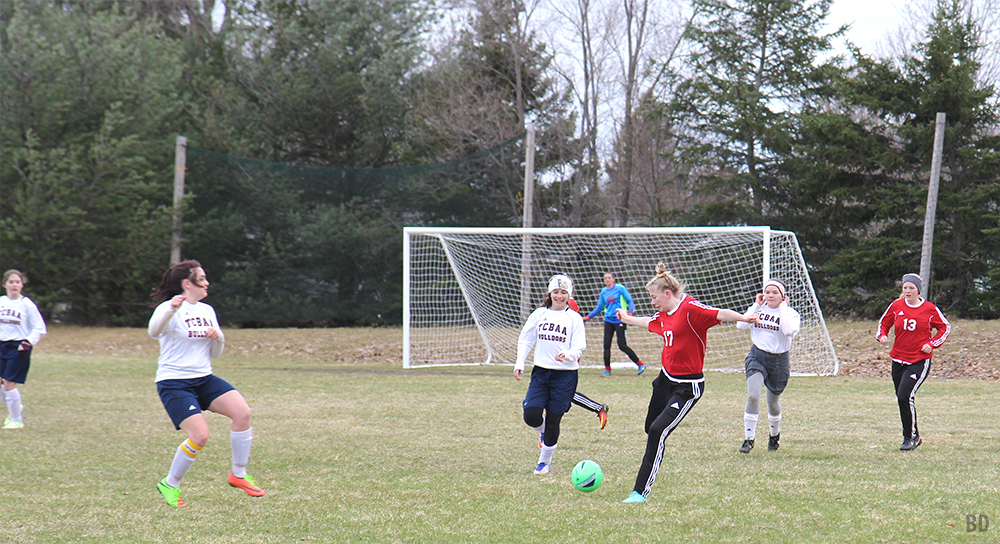 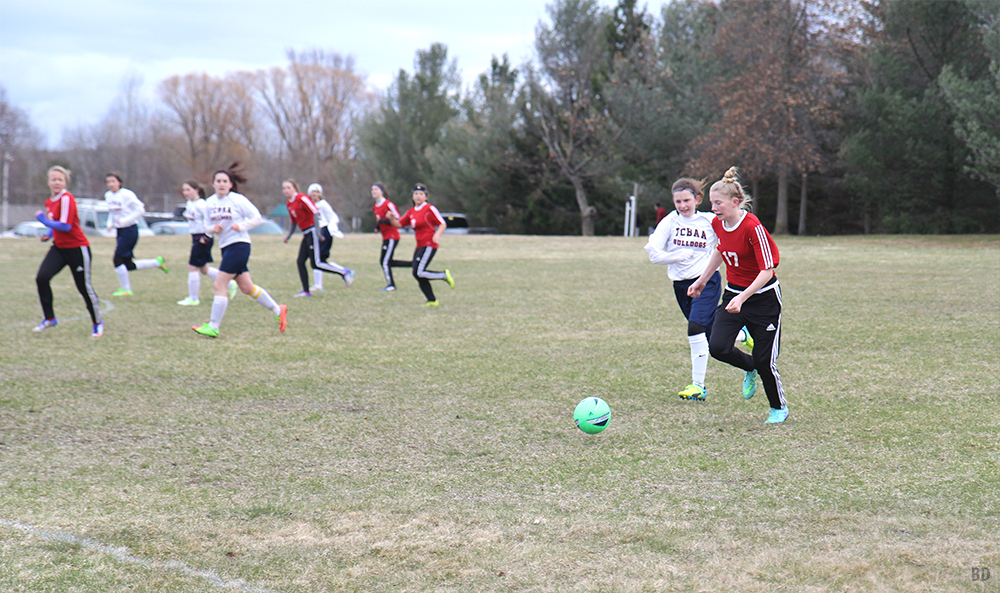 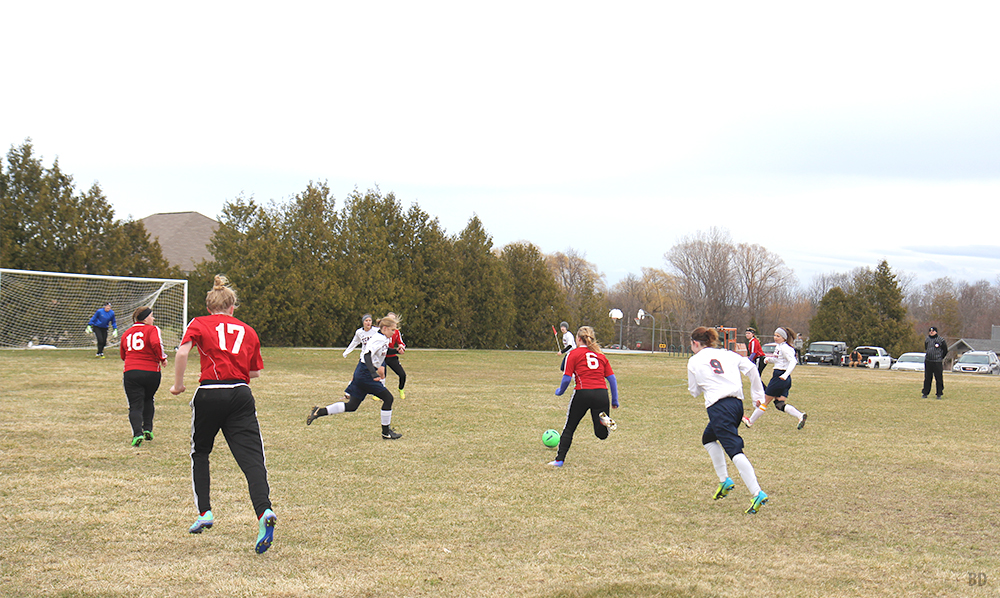 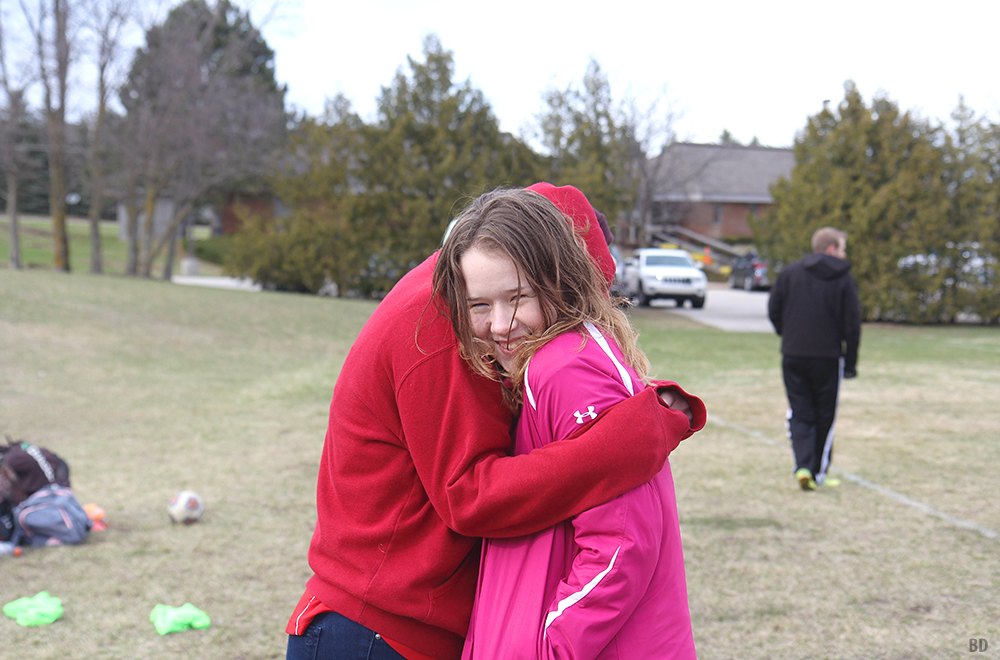