This was the third game of the 2017 season and the first home game for the Benzie Central Girls Varsity Soccer team. It was overcast and 50-ish, so a bit chilly but not freezing.

Our girls seemed a bit out of sorts for this game, especially when compared to Monday’s performance against NorthBay (which you can read about here) when they played quite well. Partly that might be attributed to the fact that Tuesday’s practice was irregular — Coach Aubrey Ann Parker was sick, we had to take a team photo for the yearbook for the last hour or so (we had to change into our uniforms), and more than half of the girls were in the training room for the majority of practice, meaning that Coach Adam Worden was not able to go over much during the little practice time that we had that day. Additionally, we were probably not as mentally prepared as we should have been — many of the girls believed that Leland would be “easier” to play against this year, since they lost their #1 scorer, Libby Munoz, to graduation last year. However, this was not the case: Leland was still a very strong team. (Notable: The first time that we played Leland during the 2016 season, we lost by a score of 2-7, and the second time, we lost by a score of 0-7.)
coach

During the first half, Leland took 13 shots on Benzie goalkeeper Maile Church, and they were able to score on three of those opportunities. At 13 minutes into the first half, #11 freshman Mollie Grishaw scored because three of our defenders stabbed in and she got past each and every one of them. Two minutes later, she scored again, this time on a cross from #20 freshman Gigi Anhut — Grishaw was unmarked in the box when she received the cross. Grishaw’s third goal of the game (called a “hat trick”) came three minutes later, again because our defense were stabbing in. The last goal came with just 1:30 left on the clock in the first half, when #17 senior Delaney Drake scored on a free kick deflection on the goal line.
coa
Meanwhile, our Benzie girls only had two shots during the first half (one from Hanna Burch and one from Mimmi Peuhkurinen).

For this game, we tried the starting line-up from last week in which Allana Bostick was sweeping and Hanna Burch was playing center defense, but later we moved Allie Howell back to sweeper and Allana up to midfield/forward. We also moved Haley Papineau back to left defense for quite a bit of this game, and she played very well there. We also moved Maile out of goal for the last 10 minutes or so of the second half and put Sydney Ghering in. (Maile had five saves for the first half and five saves in the second half; Sydney had two saves in the second half.)

The coaches switched around a lot of positions in the second half, taking some hits on defense to try to create some offense. During the second half, Leland had nine shots, compared with three for Benzie (one from Mimmi, one from Allana, and one from Brook Lautner). Leland scored on two of these shots: the first was five minutes into the second half, when #6 junior Rowan Wilson was unmarked at the 18-yard line. The second goal came six minutes later, when Grishaw scored her fourth goal of the night from the 10-yard line in the center of the field, again she was unmarked. Our Benzie girls seemed to play somewhat better in the second half, but it also helped that Leland’s coach was putting in his second-string players.

Below you’ll find photos that I took, as well as photos by our freshman soccer player Brianna Dufrane, which are marked with a BD watermark in the bottom right corner. Also, here is a link to stats coverage from the game on the Traverse City Record Eagle‘s website. 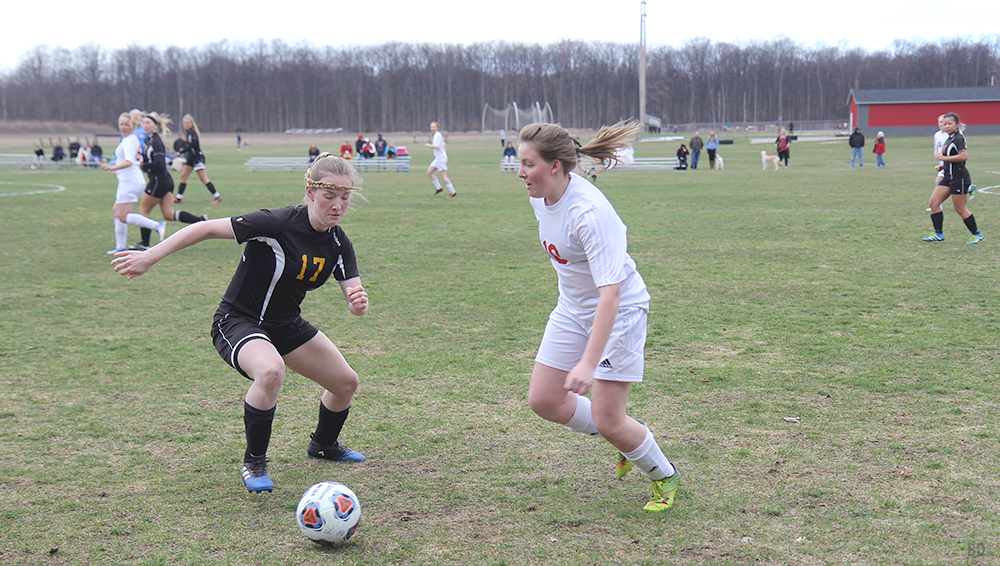 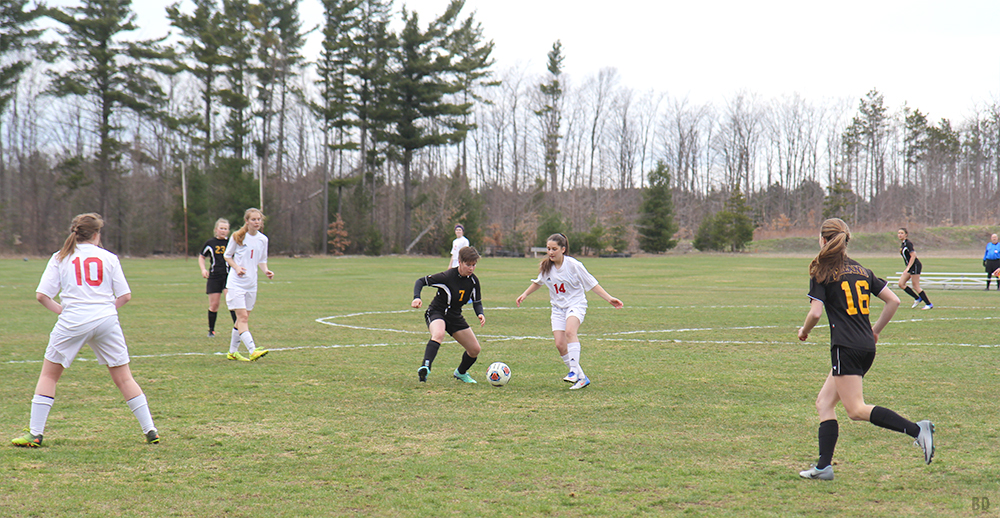 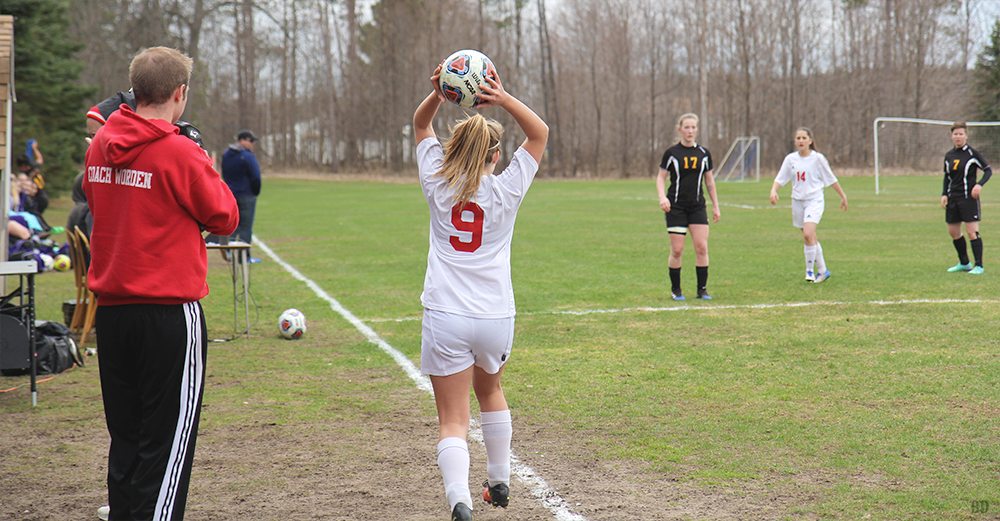 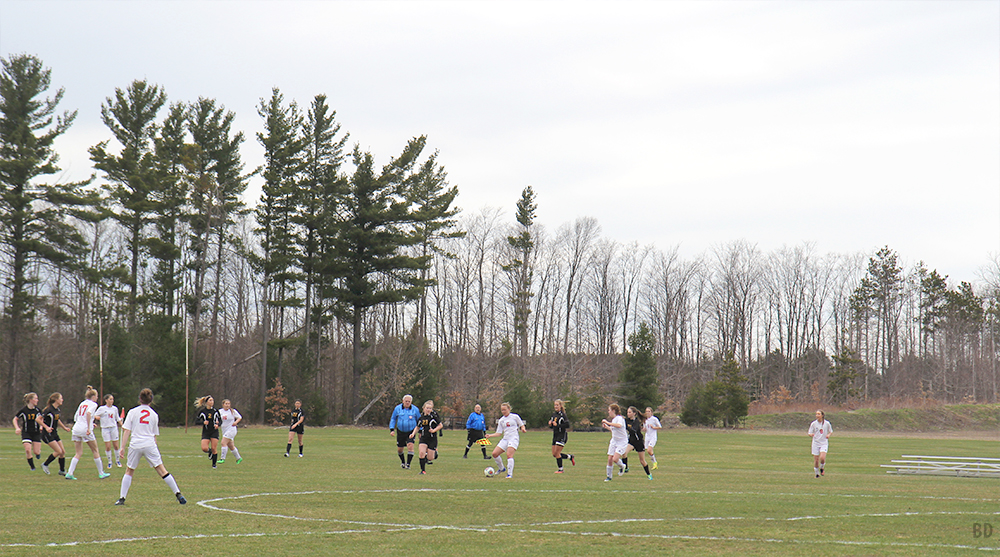 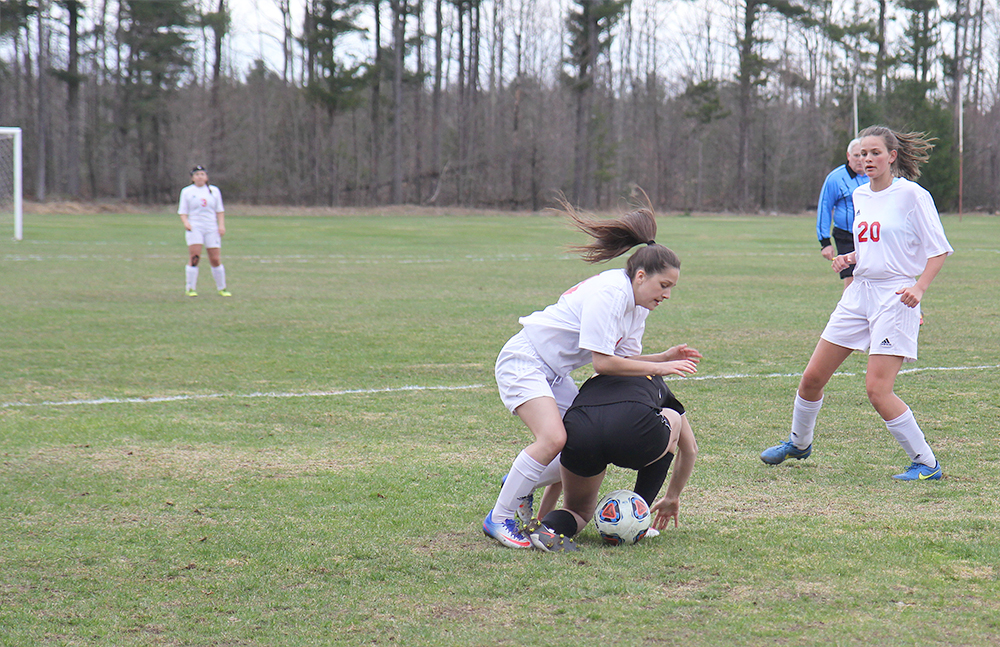 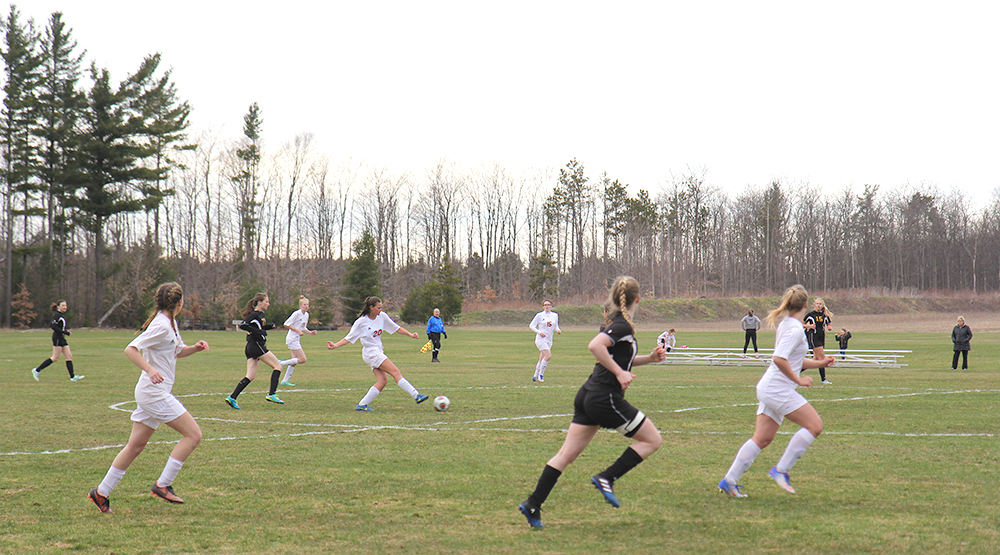