The Huskies fire up for 2016 volleyball season.

Randi Lyn Stoltz and I have known each other for more than two decades — since we were nine years old — when I began third grade at Platte River Elementary (Benzie County Central Schools) after moving from Mill Creek Elementary (Elk Rapids Schools). We graduated from Benzie Central High School together in 2004. We had a few classes together over the years, but we participated on different sports teams (she played basketball, volleyball, and softball; I played soccer and ran cross country), so we didn’t connect all that often.

It wasn’t until Randi and I both moved back to Benzie County after college as 20-something-year-old adults that we became real friends. My friendship with Randi is probably one of the strangest that I have but also one that I hold most dear; strange in that we already knew everything about each other’s history, so there was no “getting to know you” period, just an instant click. (Sure, I’ve had other people in my life whom I have instantly clicked with, but none who knew my entire past in the way that Randi did/does. In that way, it makes her one of my oldest friends, even though that’s not really true. Strange.)

I think part of why Randi and I clicked so well in adulthood was not only that we had this shared past but also that we had so much in common as far as what was going on in our present and what we wanted for our future: we both had moved back to put down roots in Benzie, we both attended many of the same local events, we were both very interested in community organizing, coaching, and other ways to give back–this last one is almost like breathing for both of us. Since reconnecting in adulthood, Randi and I have collaborated on many, many projects; to name a few: the Betsie Bay Frozen 5k (2013-present), the Run Across Palestine (2012), Earthwork Harvest Gathering (2010-present), Dunegrass Music Festival (2008), and countless other projects, including photography gigs.

Which brings me to this post: Randi is the new head coach for Benzie Central’s varsity volleyball team. (She coached the JV team a few years back.) She wanted some “fun” photos of her girls, beyond those that are typically taken for the school, so she asked if I could help out. I was a little intimidated by this project, just because I tend to like to shoot open air, natural light photos, and the thought of shooting under a bunch of gymnasium lights was nauseating… so we turned the gym lights off, and I brought a few floor lights, instead! Having worked with Randi before, I knew that she was going to be good at arranging the girls and making sure that the lights weren’t casting shadows, things like that. But she also helped to make it super fun by bringing her dog, Myah, to be in some of the photos! (Myah is a husky, which is the Benzie Central sports mascot.)

The girls had some fun ideas of what kind of poses they wanted, and we also looked up some ideas on Pinterest. (Check out our “pinned” ideas here.) We took some individual photos and some team photos, and the girls can now use these for their social media profile photos or they can print them to hang on Grandma’s fridge, whatever!

Overall, I think the volleyball photos turned out pretty great; check out my favorites below.

P.S. The first home game for the Benzie Central volleyball team is Tuesday, September 13; JV starts at 5:30pm, Varsity around 7pm (when JV finishes). Come out and support the Huskies! 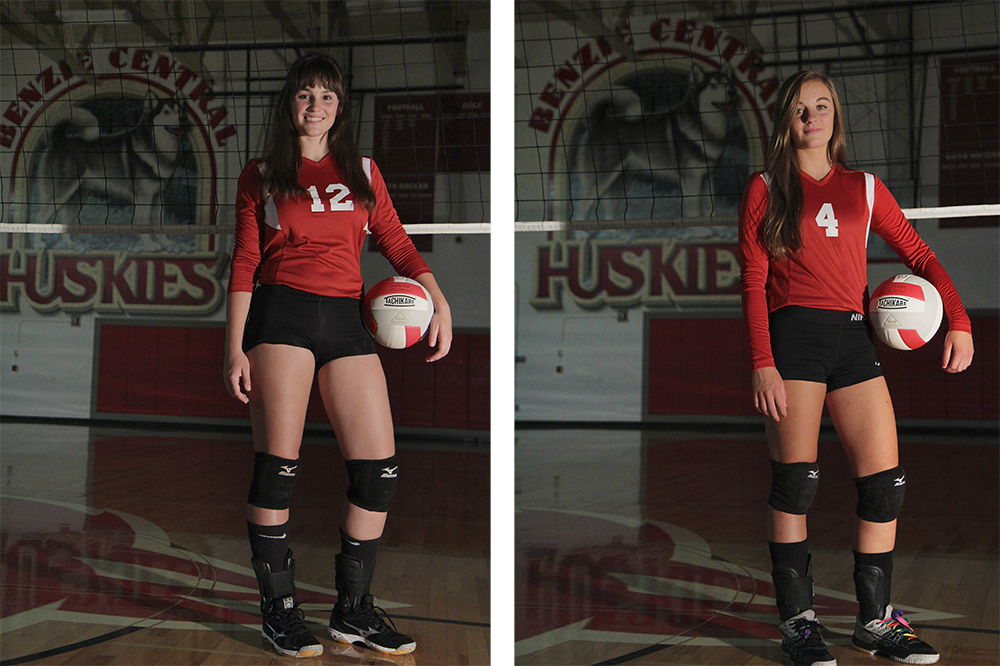 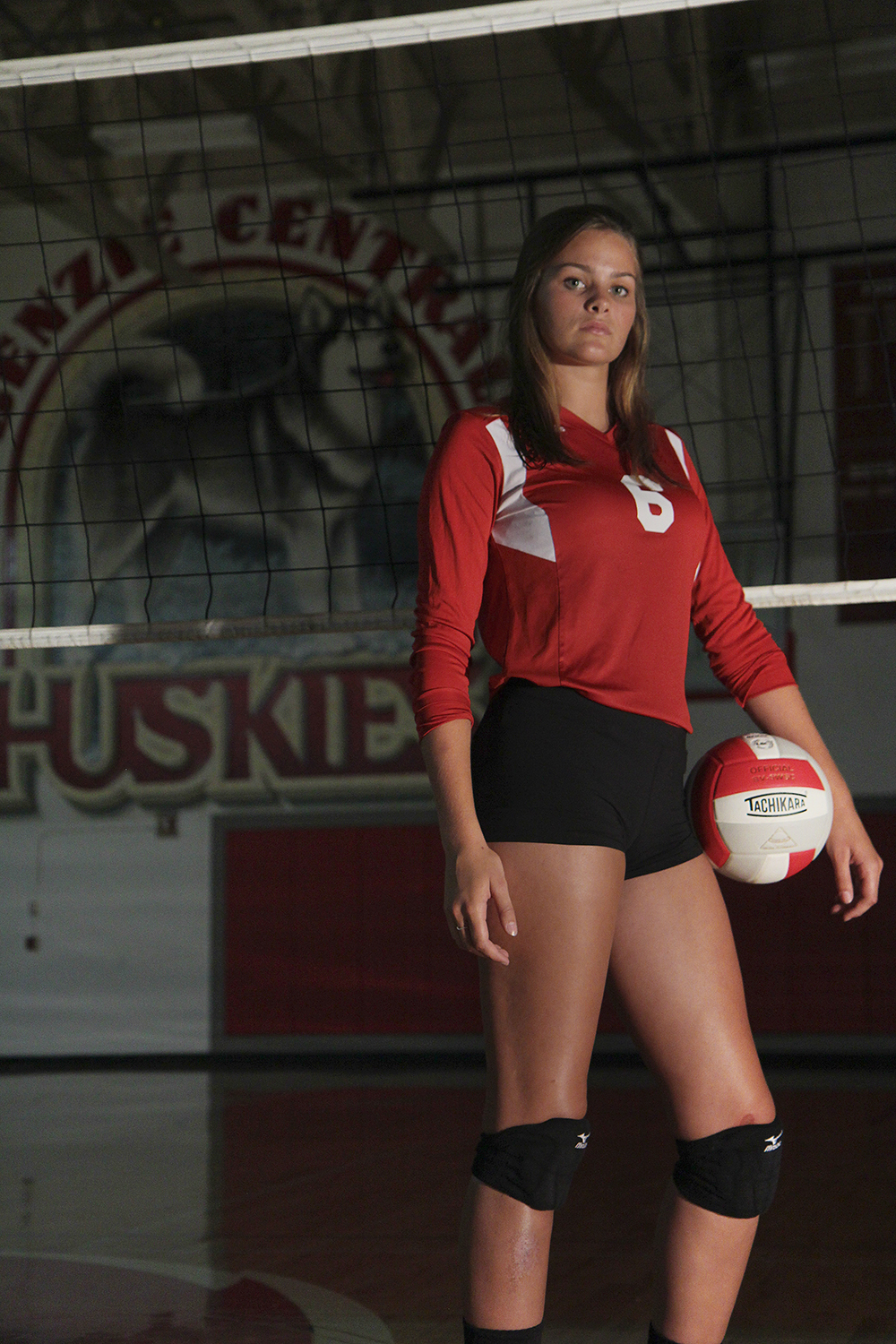 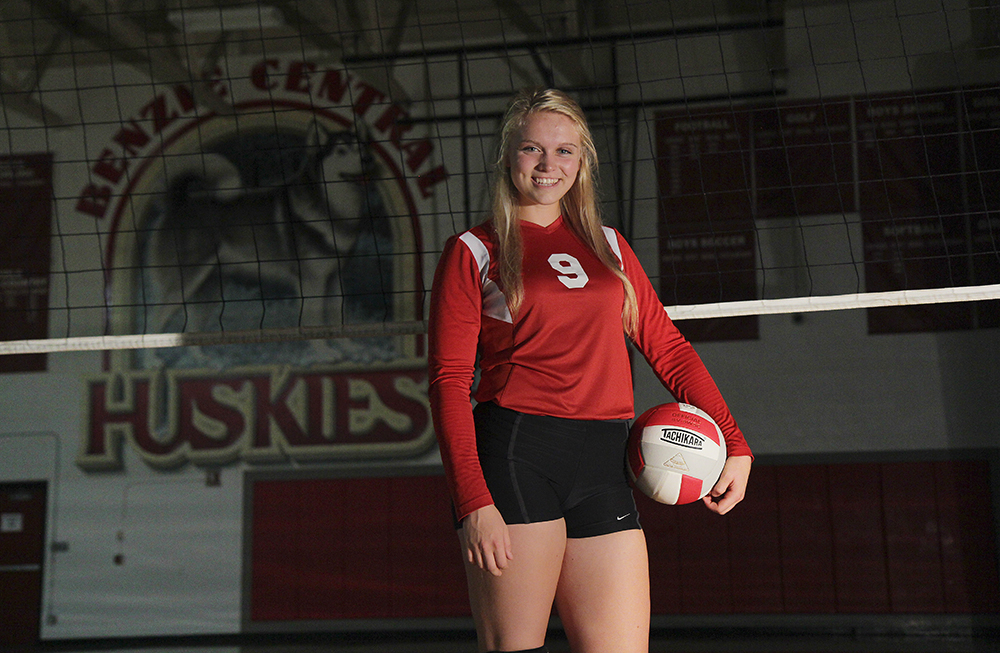 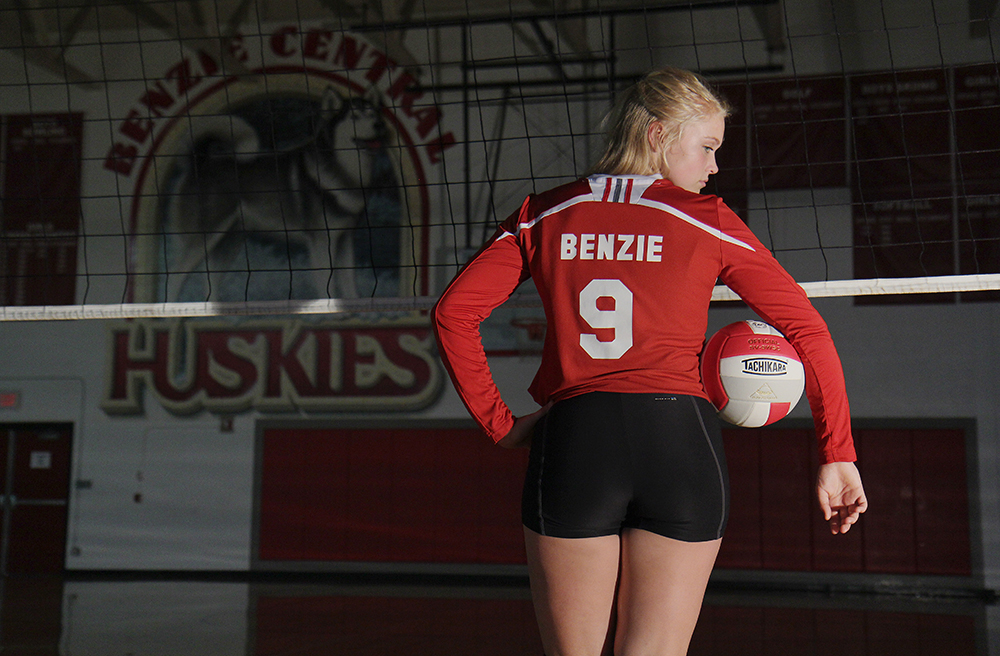 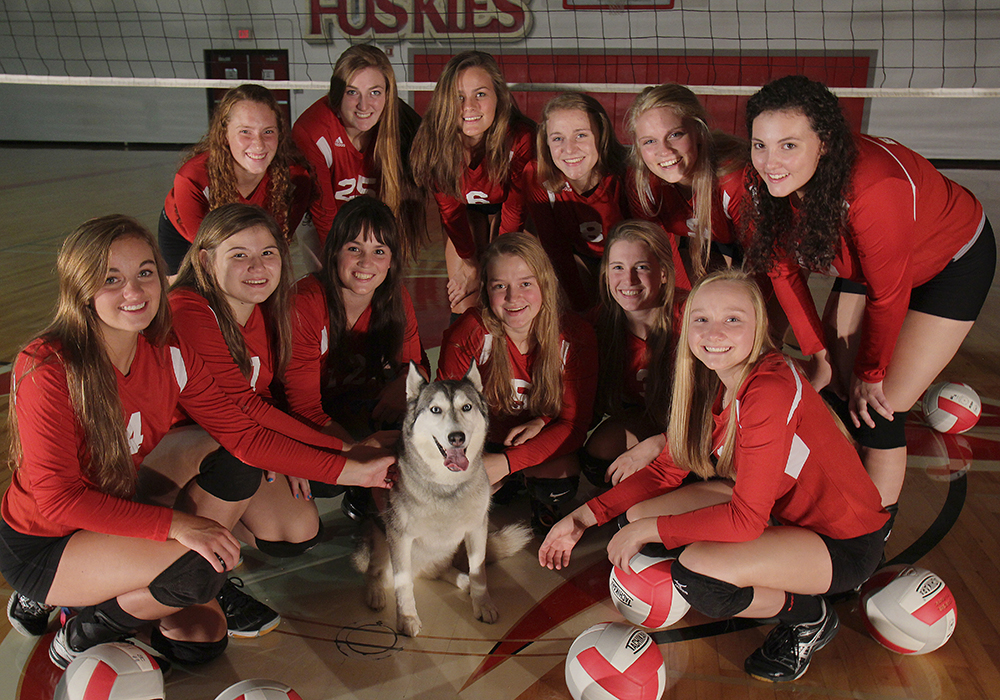 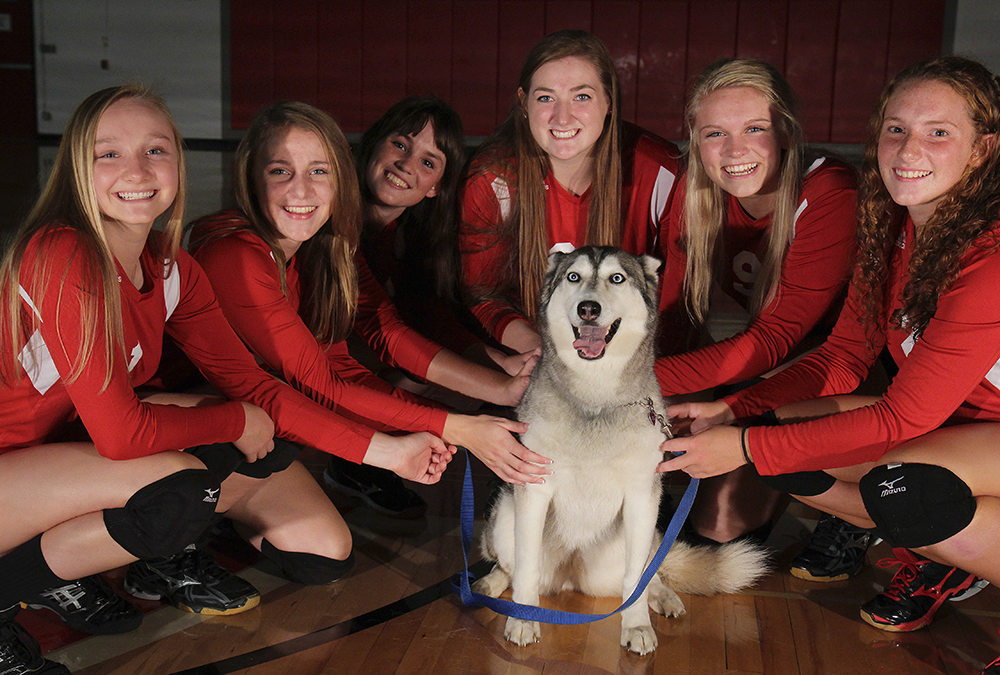 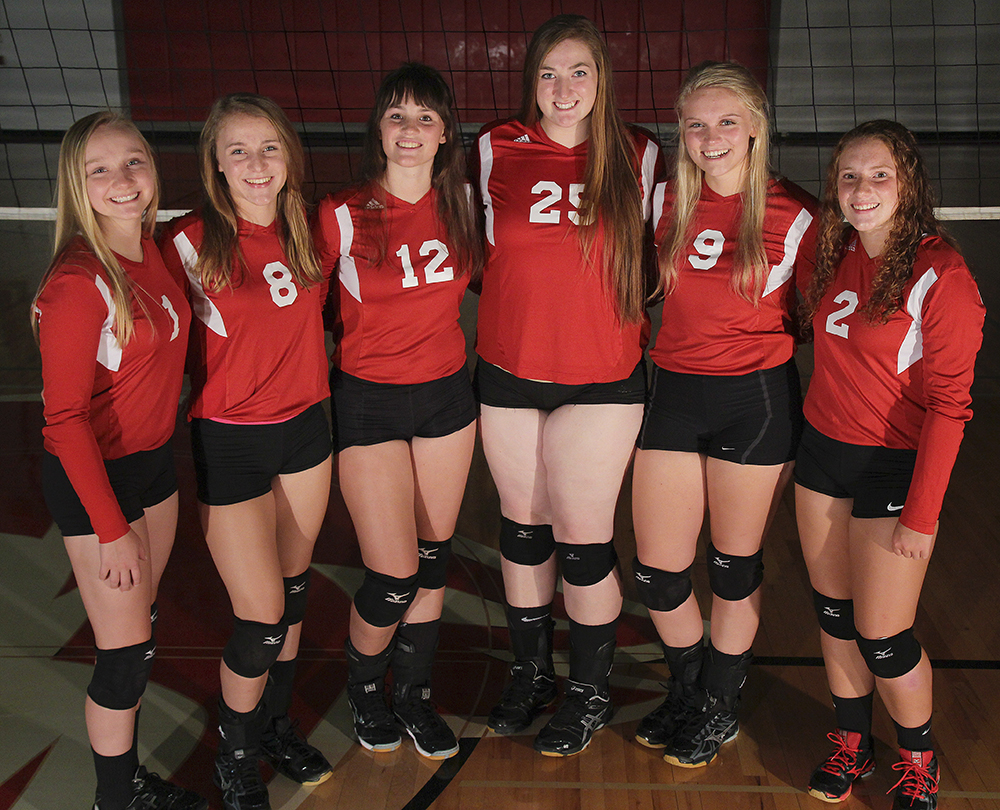 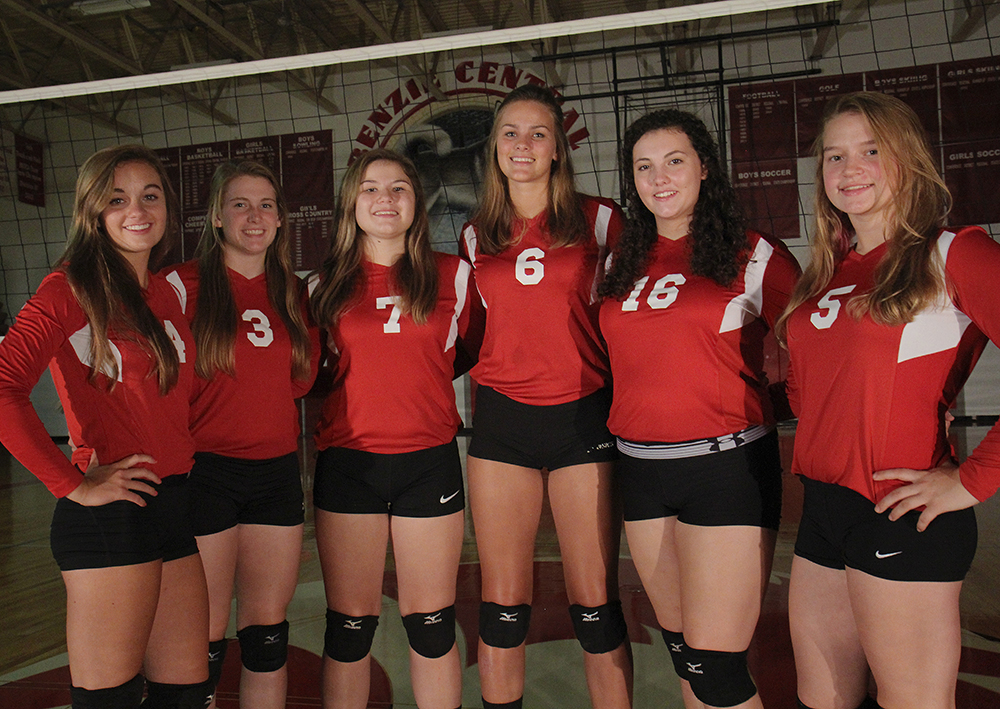 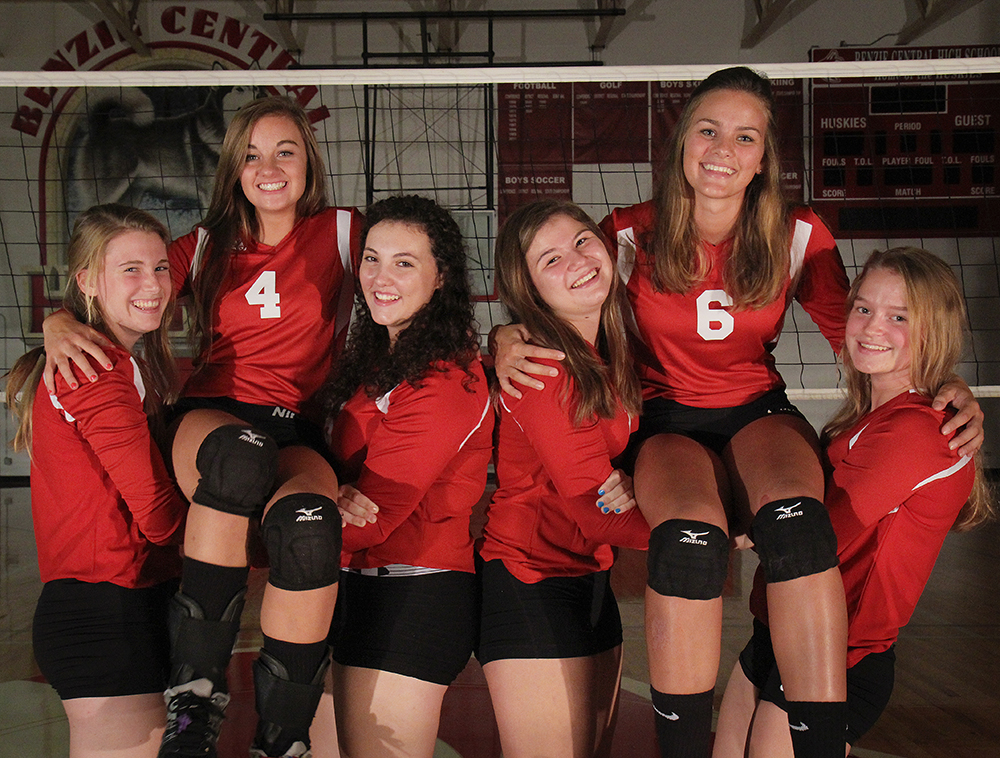 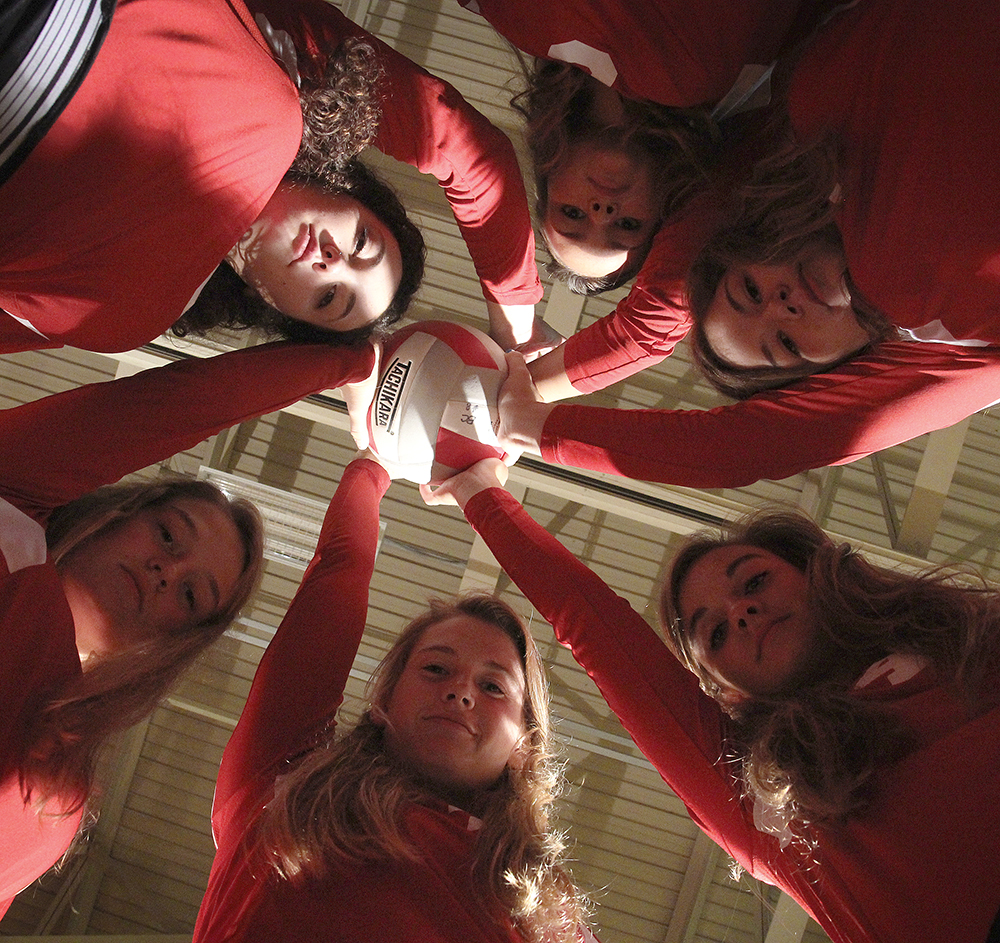 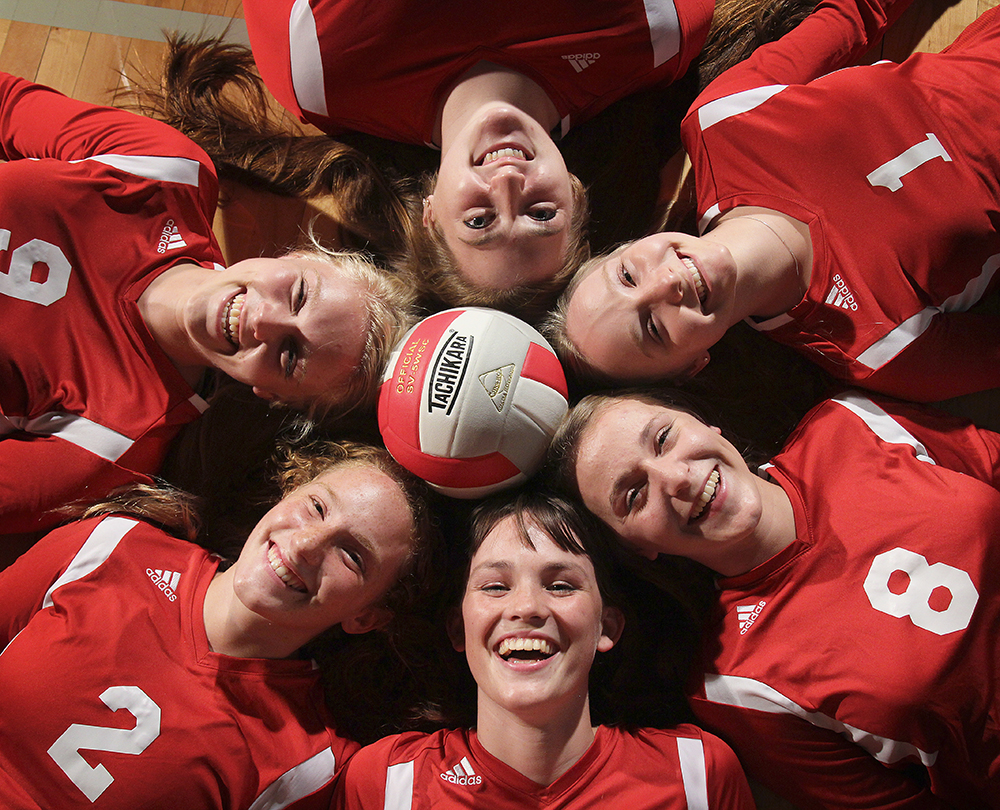 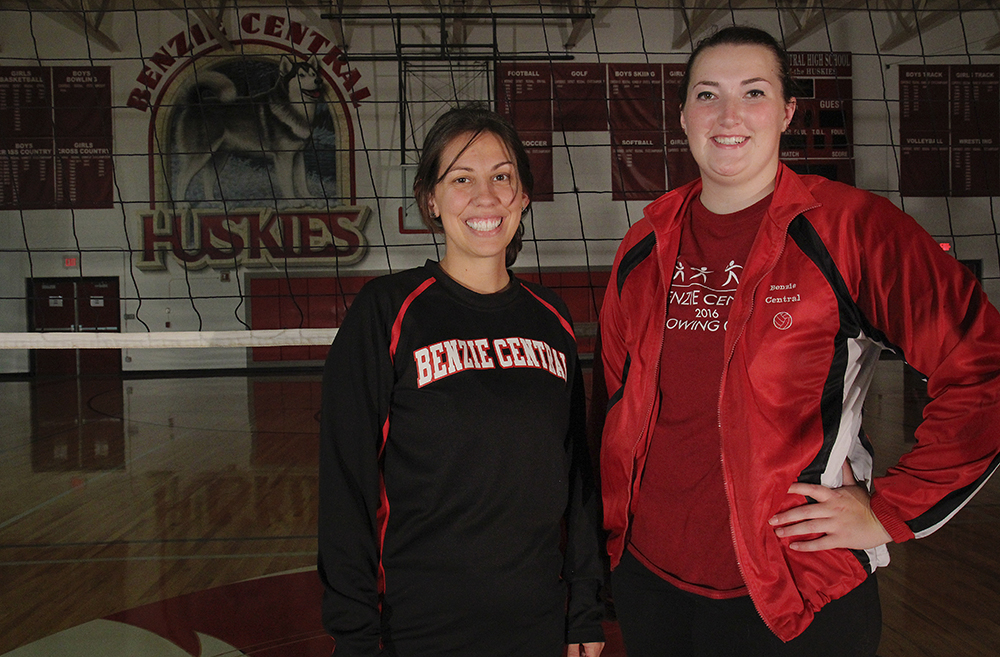 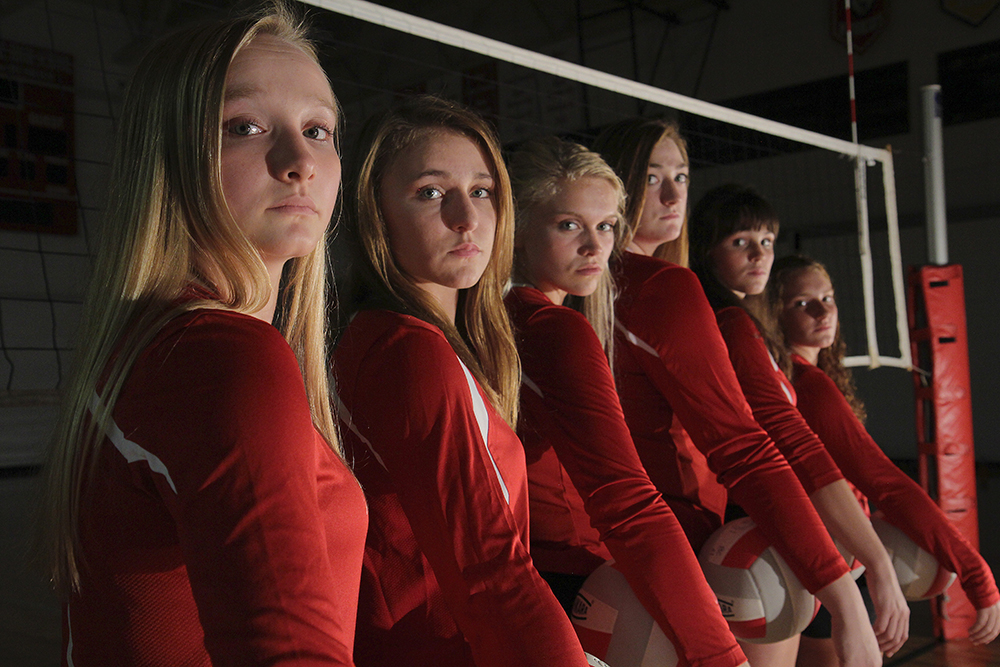 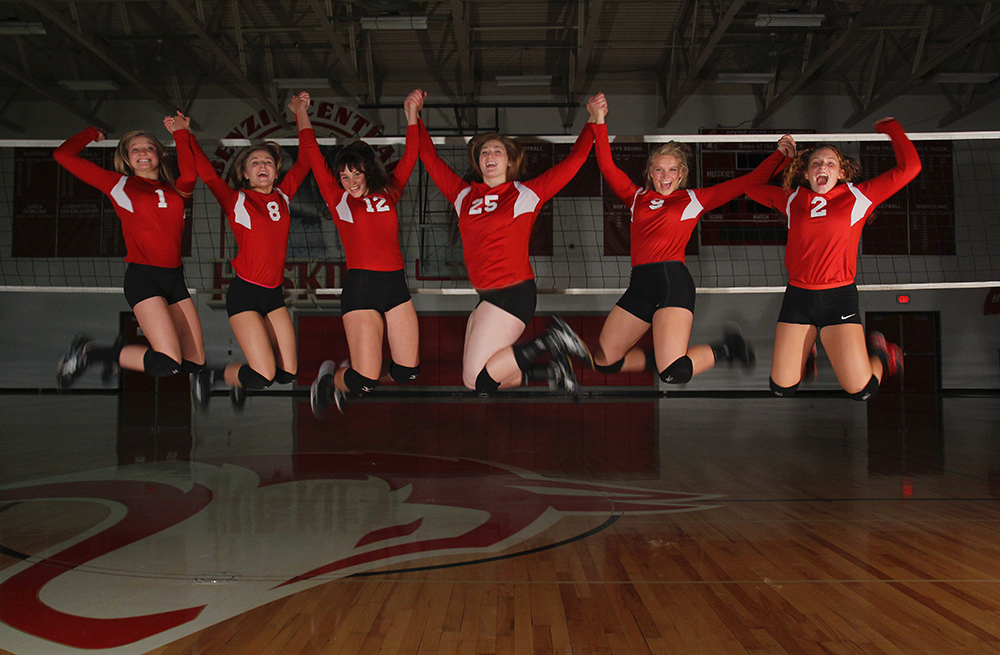 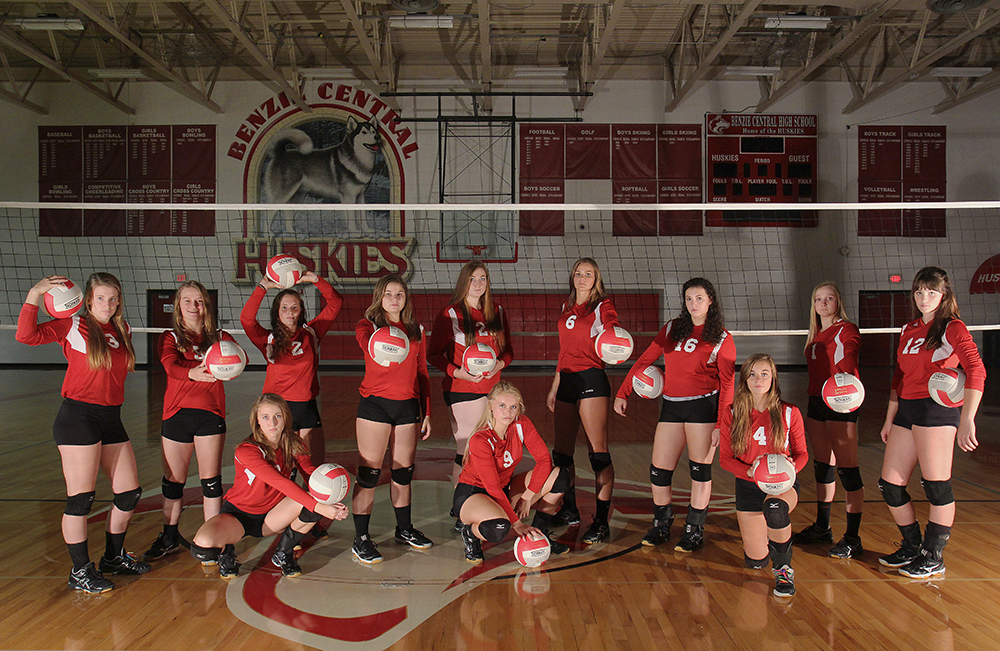 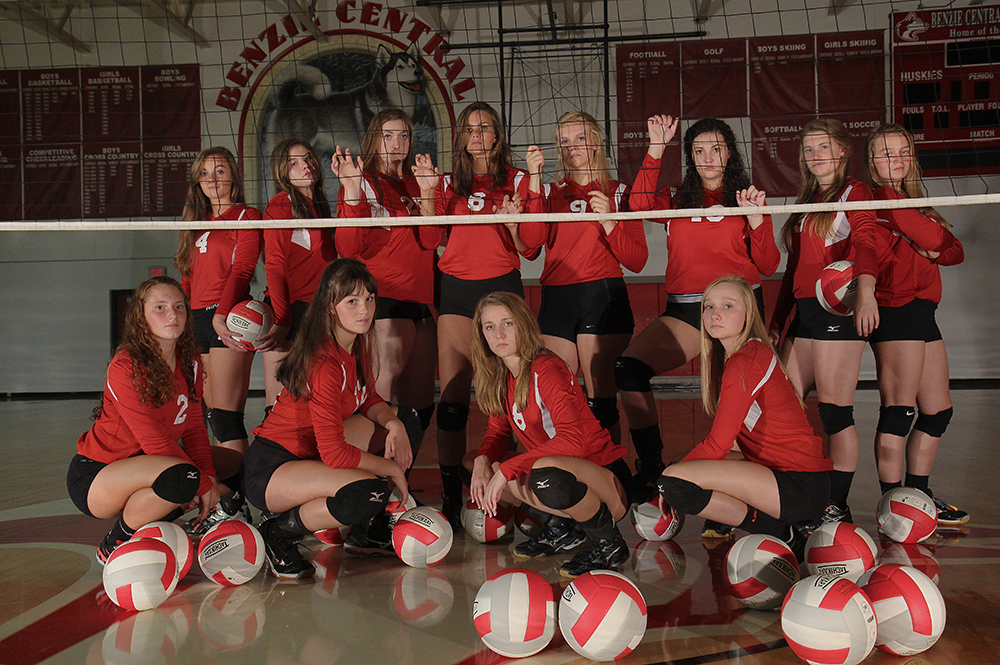 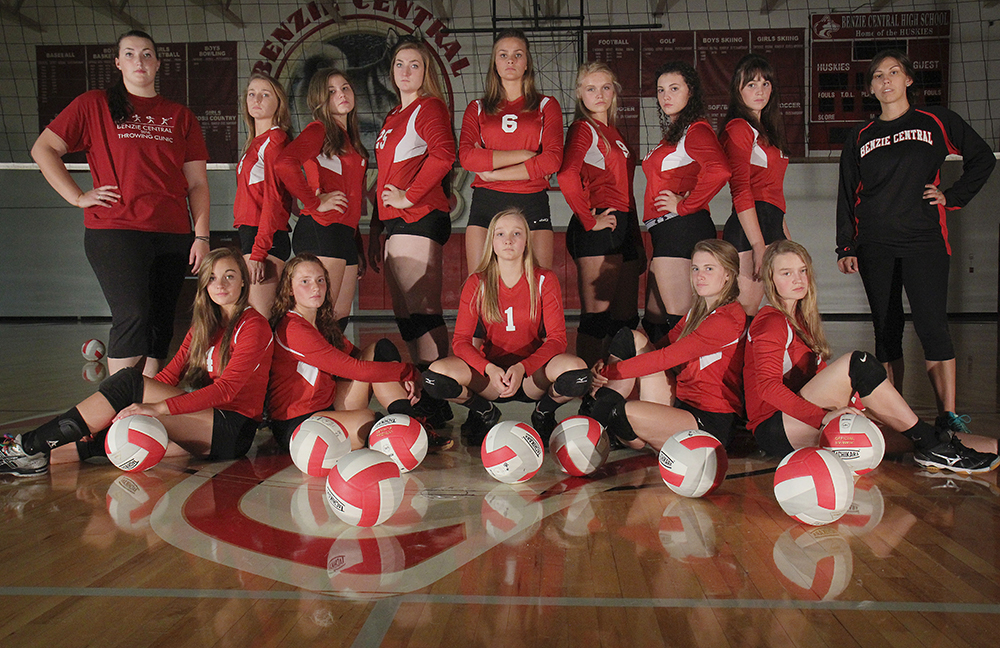 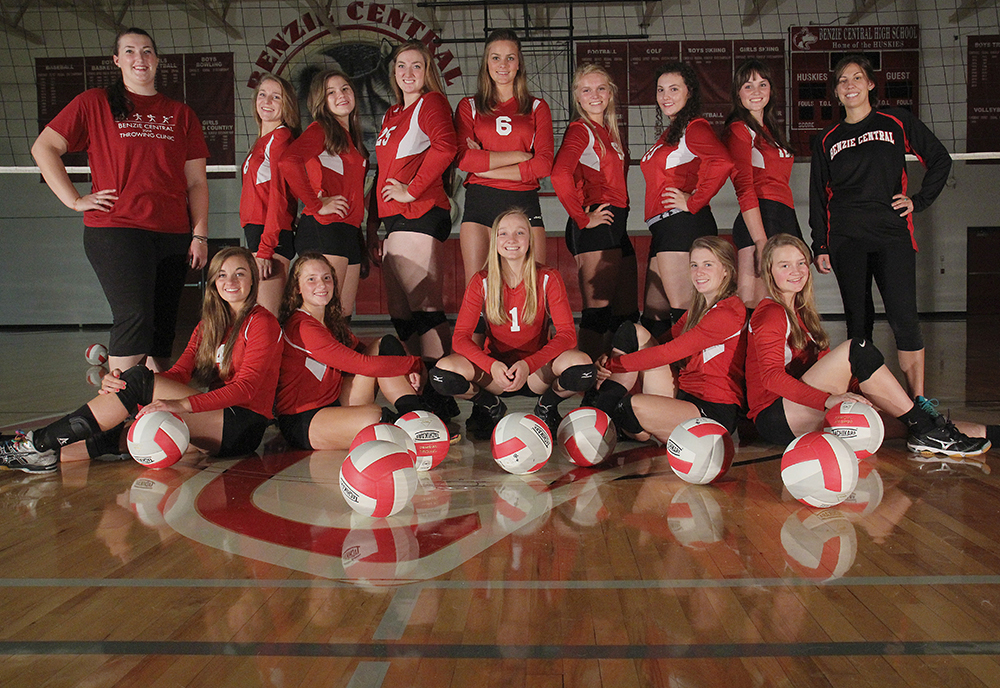 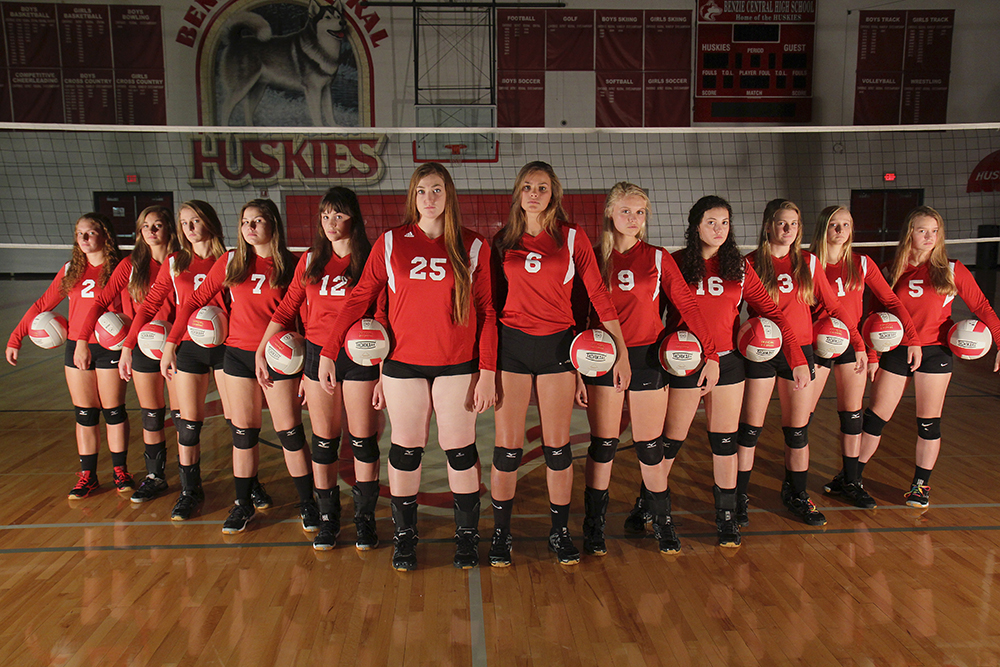