This was the fifth game of the 2017 season and the third home game for the Benzie Central Girls Varsity Soccer team. It was overcast and 50-ish, so a bit chilly but not freezing.

The first goal of the game came from #23 sophomore Hannah Dutton when she was unmarked in front of the goal. The second goal of the game, however, was scored by Mimmi on a breakaway to the net about 25 minutes into the first half. Kingsley’s #3 freshman Miranda Acre scored with just over a minute left in the first half when she went unmarked in front of the net. Then, with only 11 seconds left in the first half, Haley scored with an amazing shot from the 20-yard line, right in the center of the field.

During the second half, Kingsley took 11 shots, compared to no shots from our Benzie girls. Our Huskies held off the Stags for the first nine minutes, until #23 Dutton scored her second goal of the game on a Benzie defensive breakdown. But we picked up the intensity and held them off for the next 22 minutes, until #3 Acre scored her second goal of the night with a shot from the six-yard line when our Benzie defense had a miscommunication between themselves and goalie Maile. Kingsley’s Dutton scored her third goal of the night (called a “hat trick”) just a minute and a half later off a nice shot from the 18-yard line on the right side of the field. Maile had nine saves in the first half and 12 in the second.

For this game, we went back to the 4-3-3- configuration, with Allie Howell sweeping and Haley starting on left defense, with Allana Bostick starting at center defense. Also, this was the first game back for Kaitlynn Pataky, following her concussion from the NorthBay game on April 10. Mimmi started the game at center midfield, with Jenna Cole and Jenna Saier at left and right midfield, respectively. The three forwards up front to start were Brook Lautner, Novia Dalzell, and Promise Thomason. We still were missing quite a few of our starters for this game, as more and more girls continue to get injured.

Below you’ll find the best photos that I took that night. Also, here is a link to stats coverage from the game on the Traverse City Record Eagle‘s website. 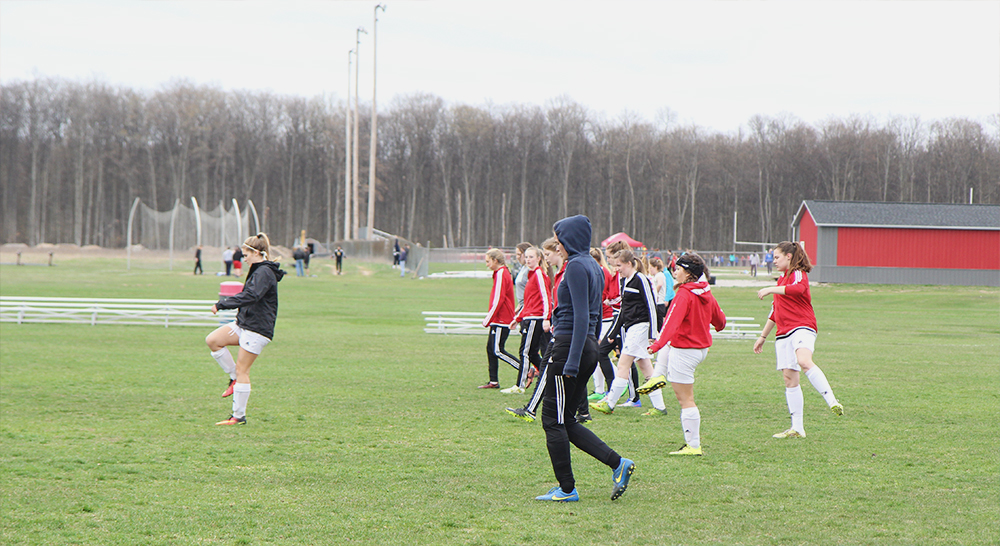 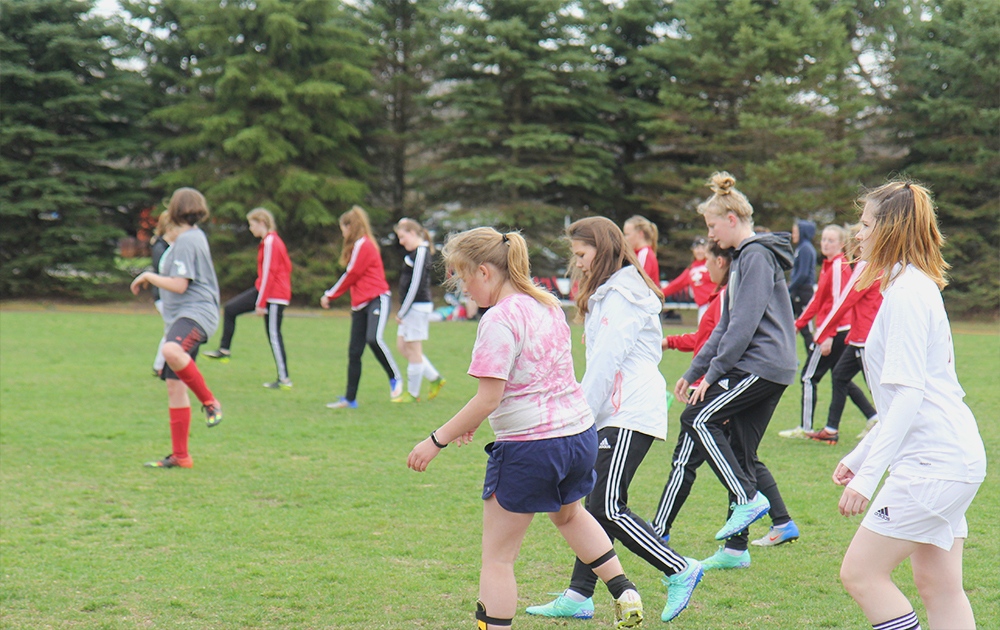 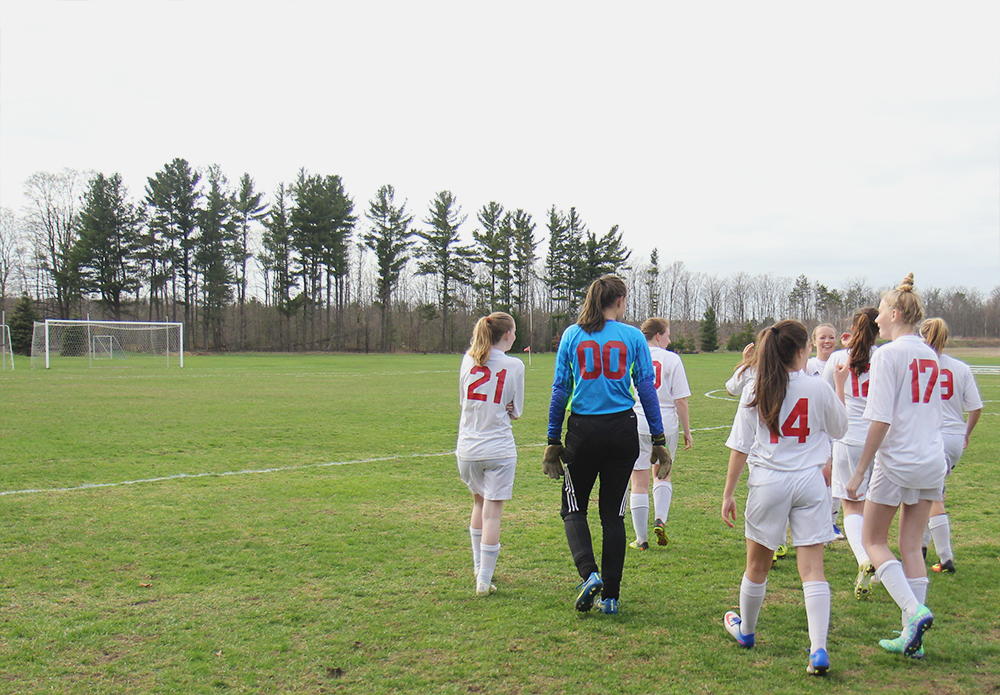 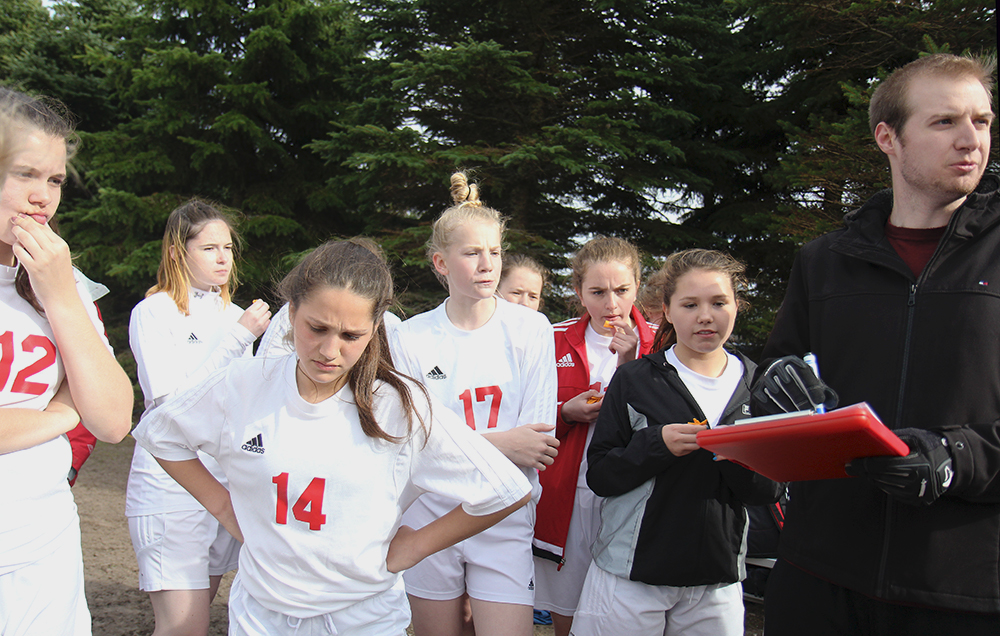 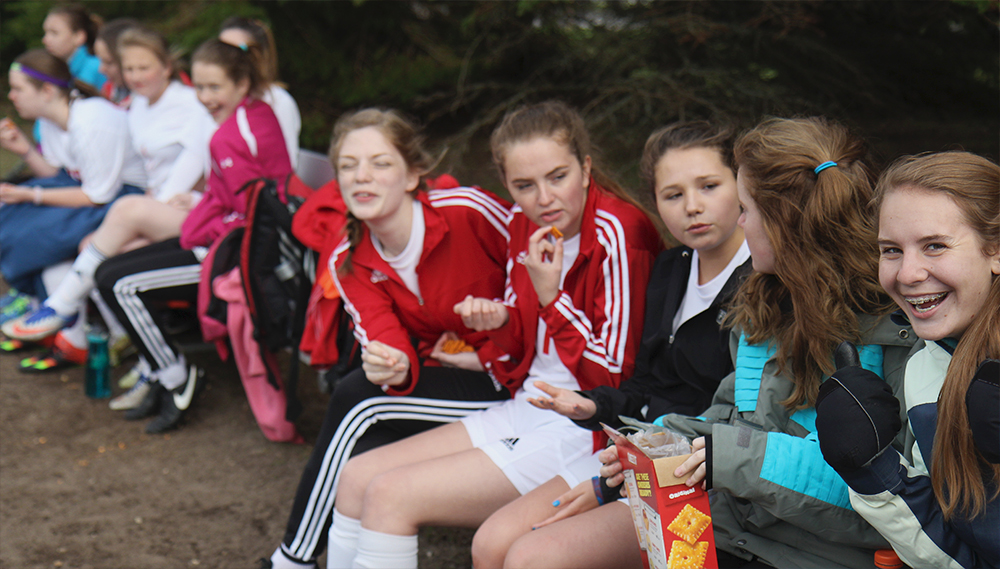 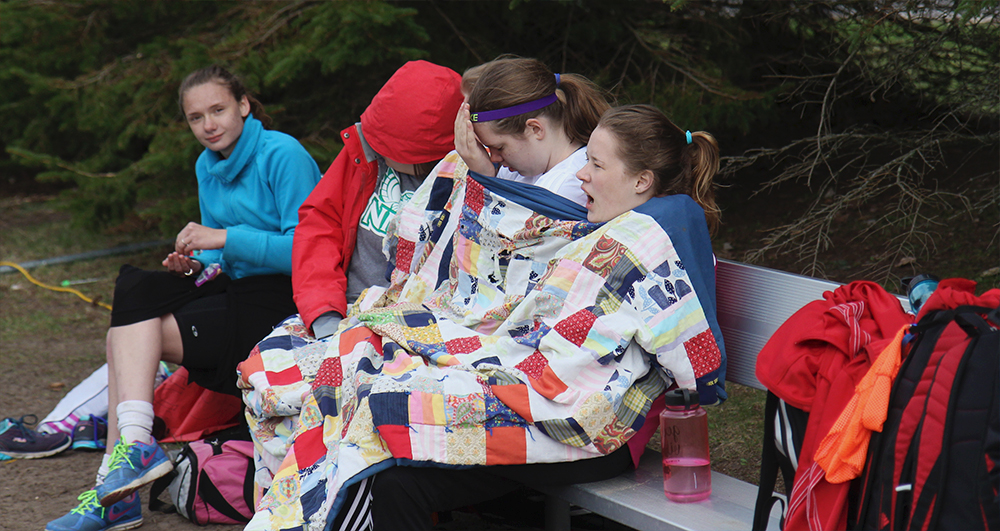 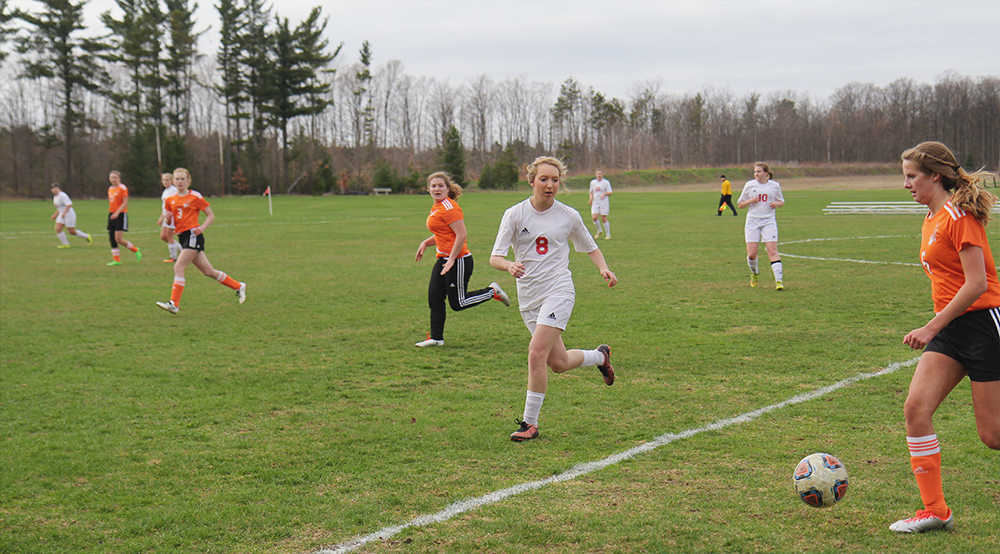 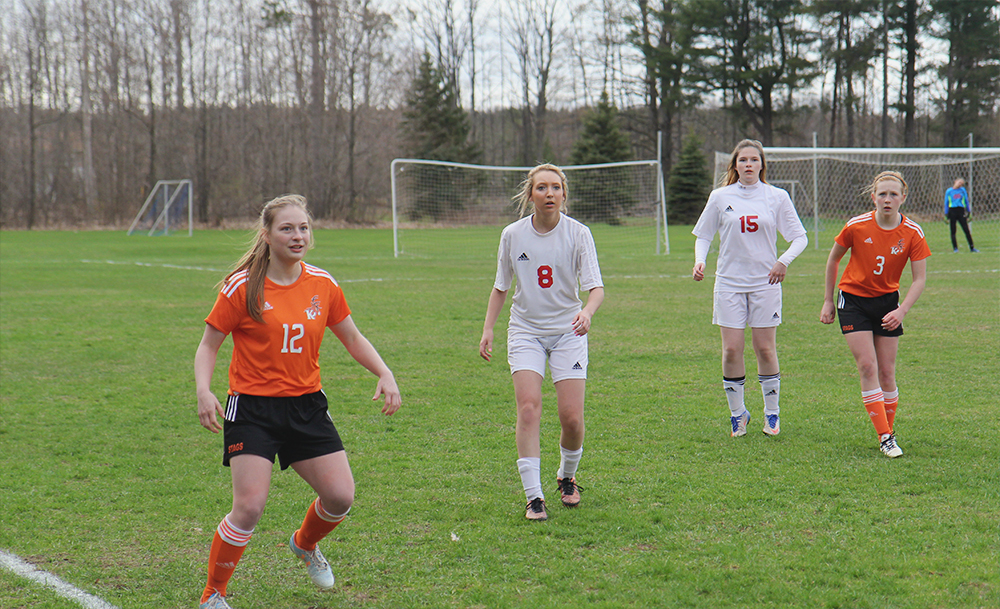 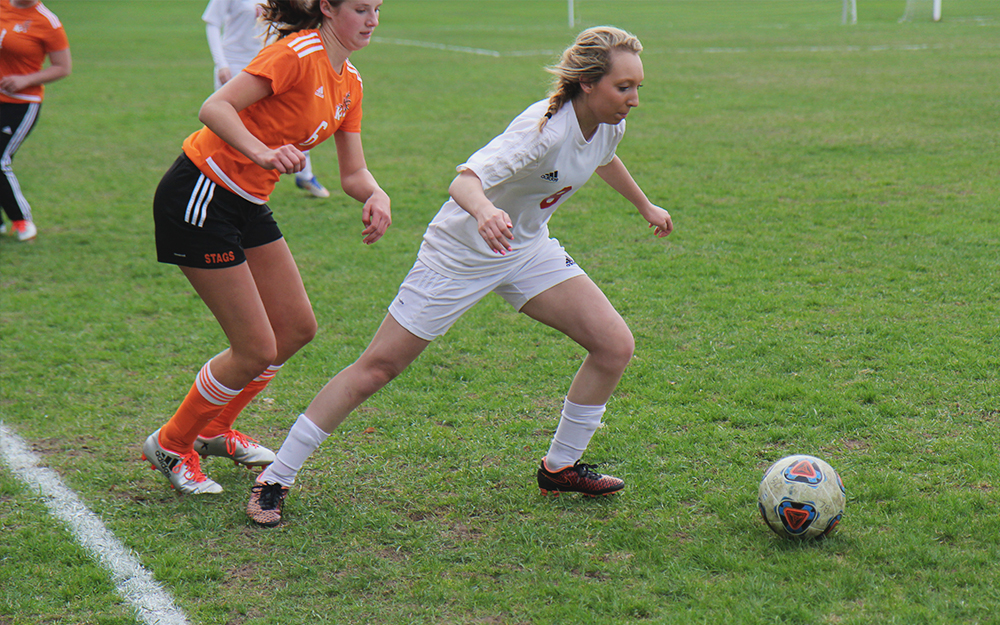 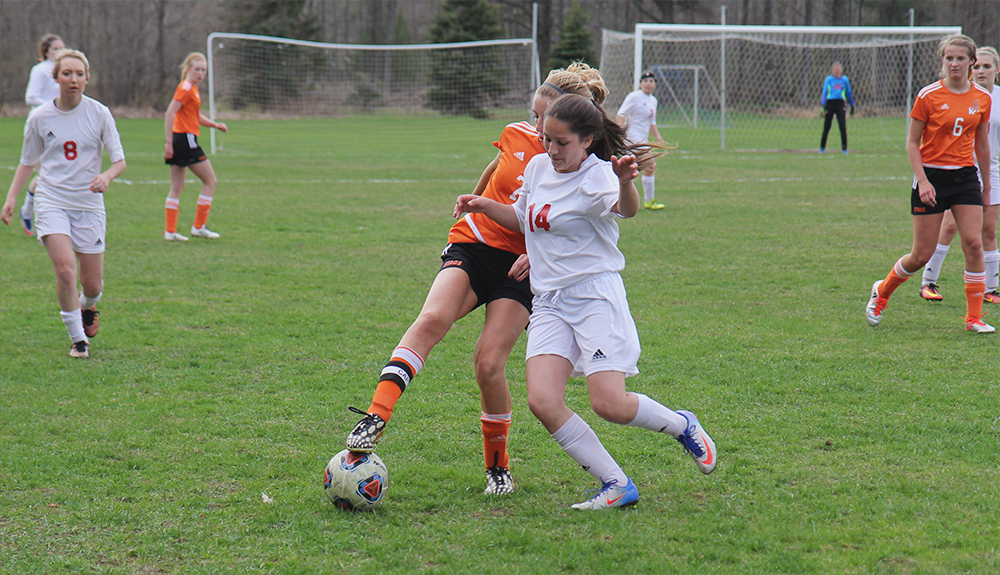 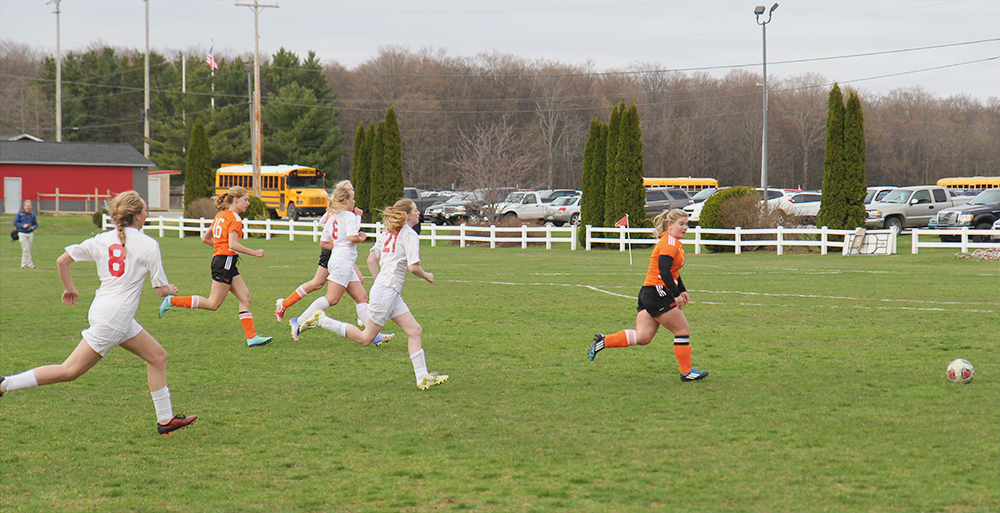 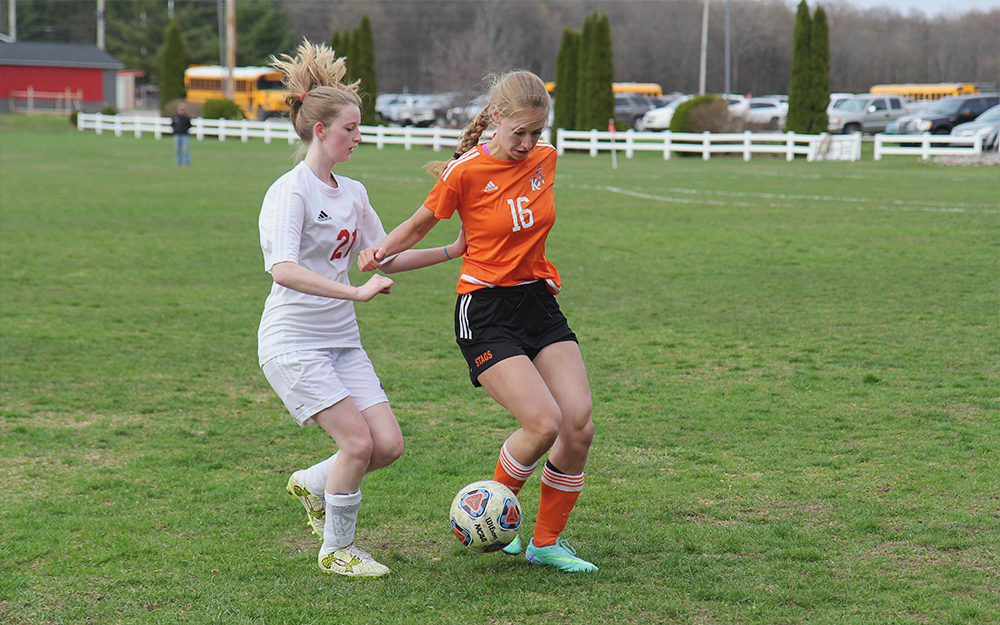 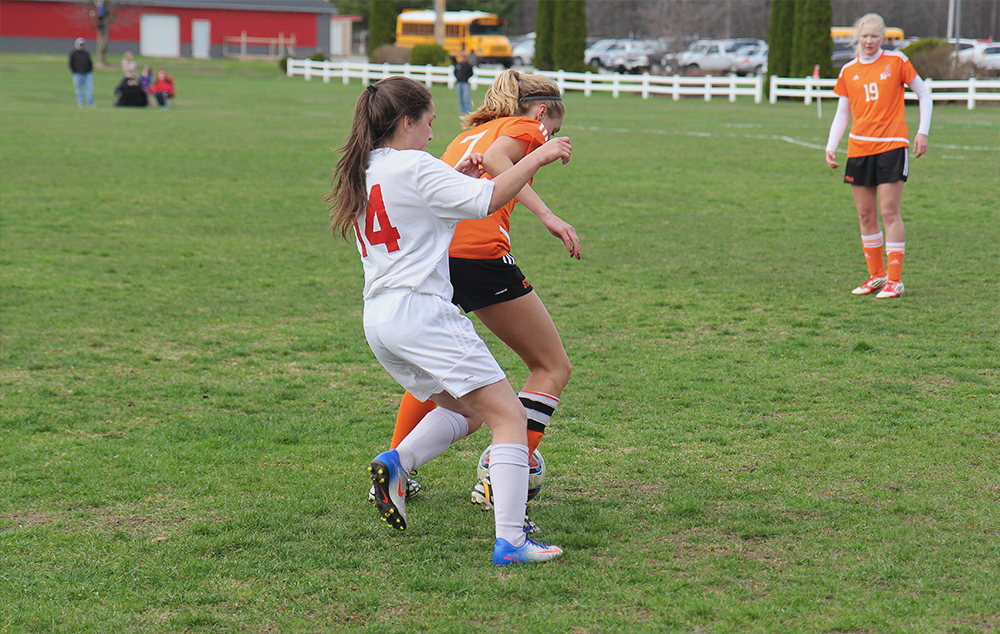 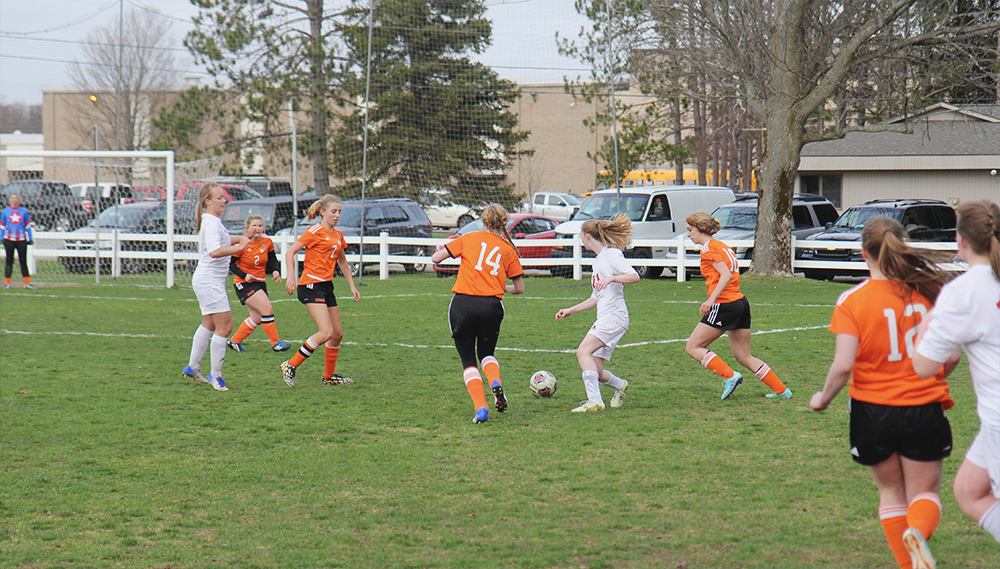 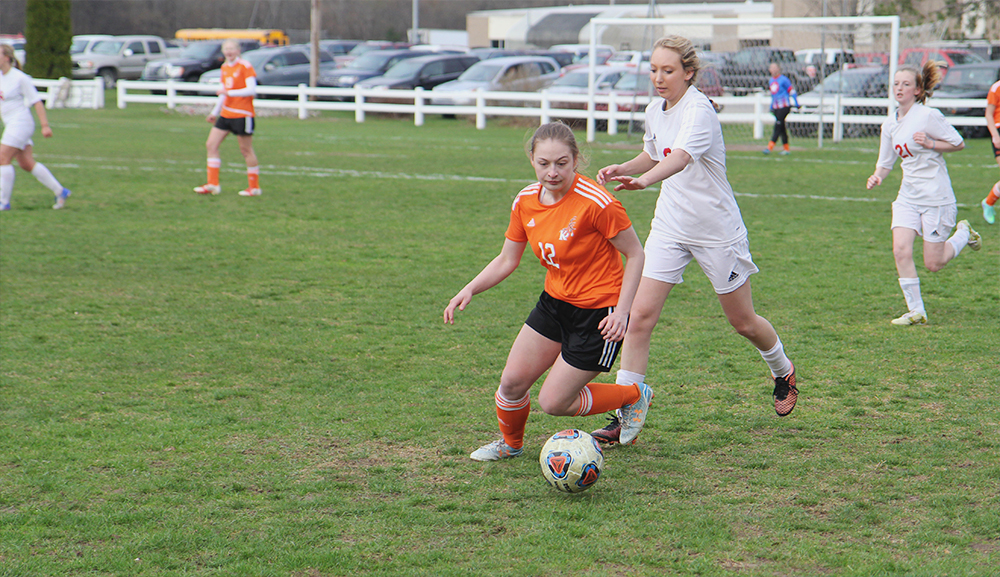 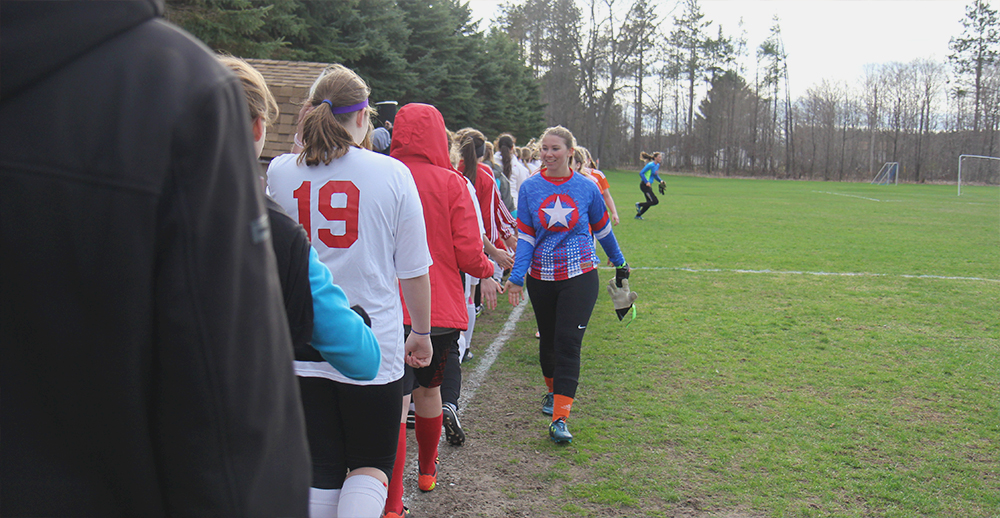 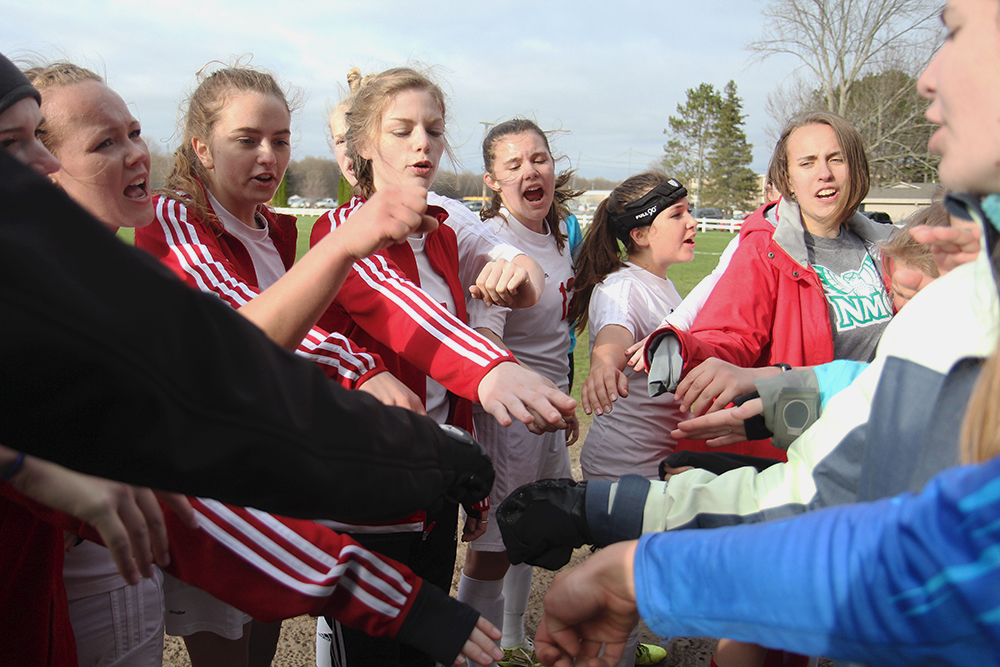