I first met Bryan Kaczanowski about a year and a half ago; my first interactions with Bryan were mainly saying, “Hi, thanks for coming,” at the end of a soccer game, since Bryan is the older brother to Kyle Kaczanowski, a current 8th grader whom I have coached for the past two years on the Benzie Central Middle School co-ed soccer team.

Since then, I’ve gotten to know Bryan, Kyle, and the rest of Kaczanowski family quite a bit better; there are the two boys, plus their sister, Allie. The mother’s name is Crystal, and she is a nurse at a local assisted living center, while the father (also named Bryan) is the head butcher at a Traverse City grocery store. The Kaczanowskis are a fun, easy-going, even-keeled group that are up for just about anything. (Oh, and they’re super athletic, not to mention pretty tall: Dad Bryan is 6’7”, and Kid Bryan is currently 6’4”, and I’m not convinced that he’s done growing. And yes, he, of course, plays basketball.)

In the past, I’ve taken pro-bono photos for individuals on my soccer teams, so the family was already somewhat familiar with my photography work. Plus, Crystal had also started to see the senior portraits that I had taken for members of the class of 2018 and was sharing on my Facebook and Instagram platforms.

Crystal told me that Bryan is somewhat camera-shy (though you wouldn’t guess it by looking at the handsome photos below), so his mom thought that he might feel more comfortable with someone that he knew pointing a lens in his face for an hour, rather than a complete stranger. (Trust me, I get it; ironically, I don’t enjoy having my photo taken, either!) To get Bryan even more comfortable with this portrait session, I suggested that we take some photos at a place that held some value to him — over the past year or so, Bryan has really gotten into fishing, so the Betsie River was definitely that spot for him.

Almost every day after school in October, Bryan was heading down to Benzonia’s Homestead Dam with his pole, but until our photo shoot, he hadn’t seen how few people were there in the mornings! (Not gonna lie, Mama Crystal got a little nervous that Bryan would start missing 1st and 2nd period to go fishing in the morning, ha! Seriously, though, I love when I’m able to make those special connections between the person that I’m shooting and the setting that we’re shooting in, because, in my opinion, it adds just that much more to what is already a “good” photo… now it becomes a memory, a story, you know?)

Though we had to reschedule a few different times, the morning that we got to the river was beautiful and the salmon were running. In a pursuit for good lighting, Bryan and I were dodging mud on a hike through the woods along the riverside. The fall trees were beautiful and just at peak color, and the river wasn’t too busy with fishermen. There are some stunning fall leaves in this set of photos, but I also really liked how some of these turned out in black and white. (Note: Crystal wanted a few photos at Lake Michigan beach in Frankfort, too, but it was super cold and windy, so we stayed there all of about 10 minutes. Additionally, on our drive back to Frankfort after shooting at the river, we came over a hill that was lit up with fall colors, and I insisted that we stop to take some — very glad that we did, because they turned out great!)

All in all, I think that we really used the fall setting to its full capacity!

Below, you’ll find my favorite photos from our early morning shoot October. 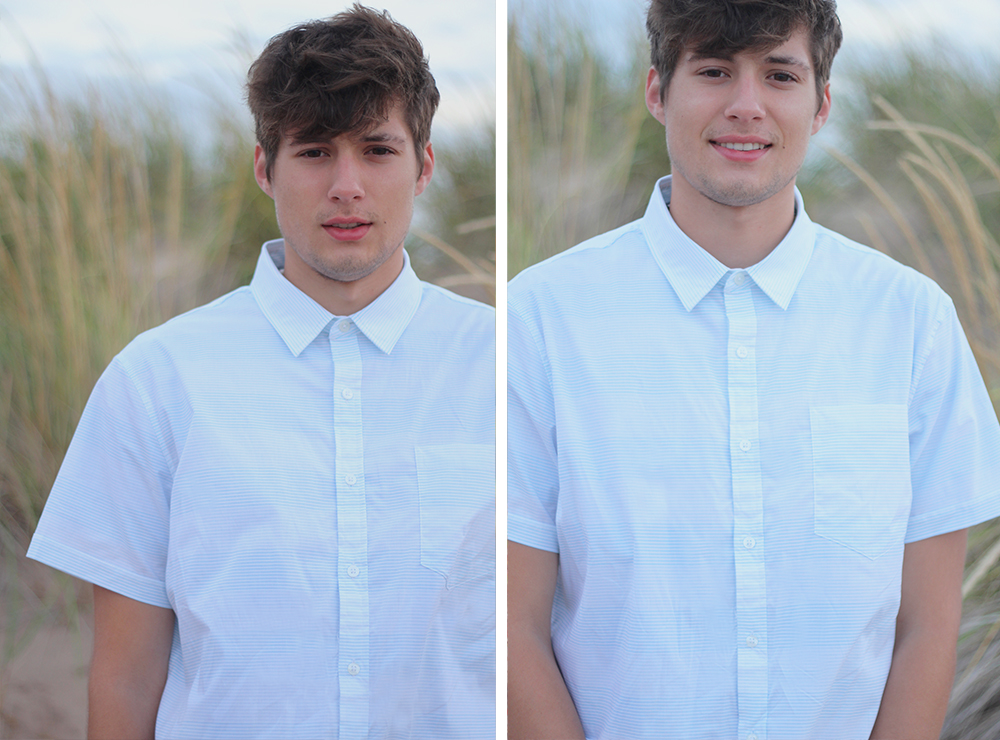 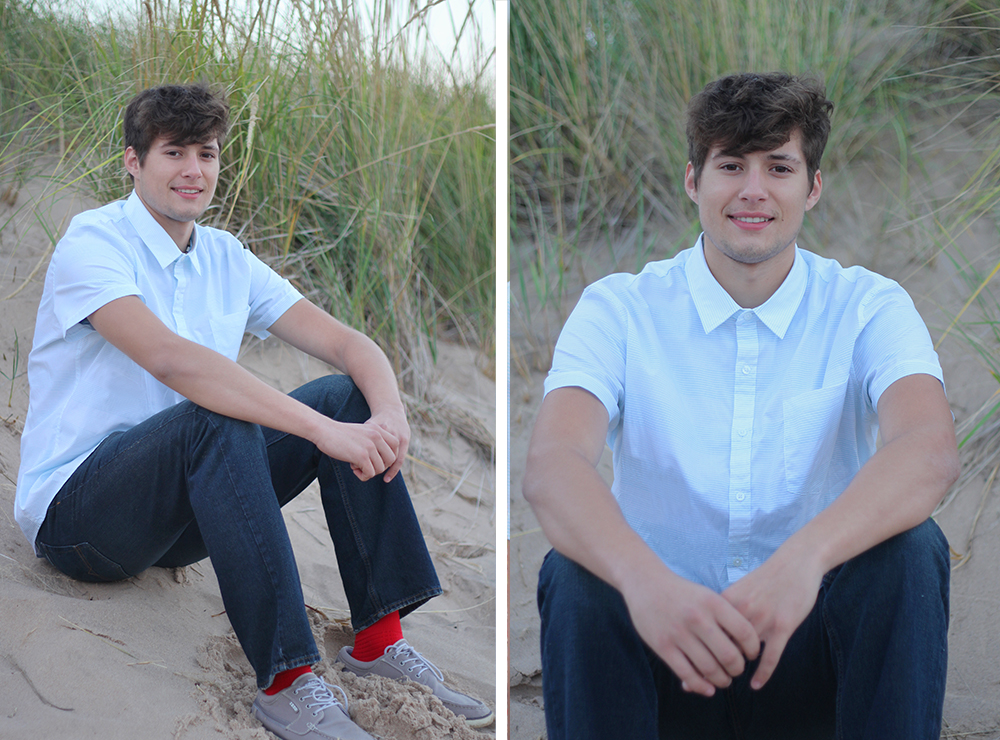 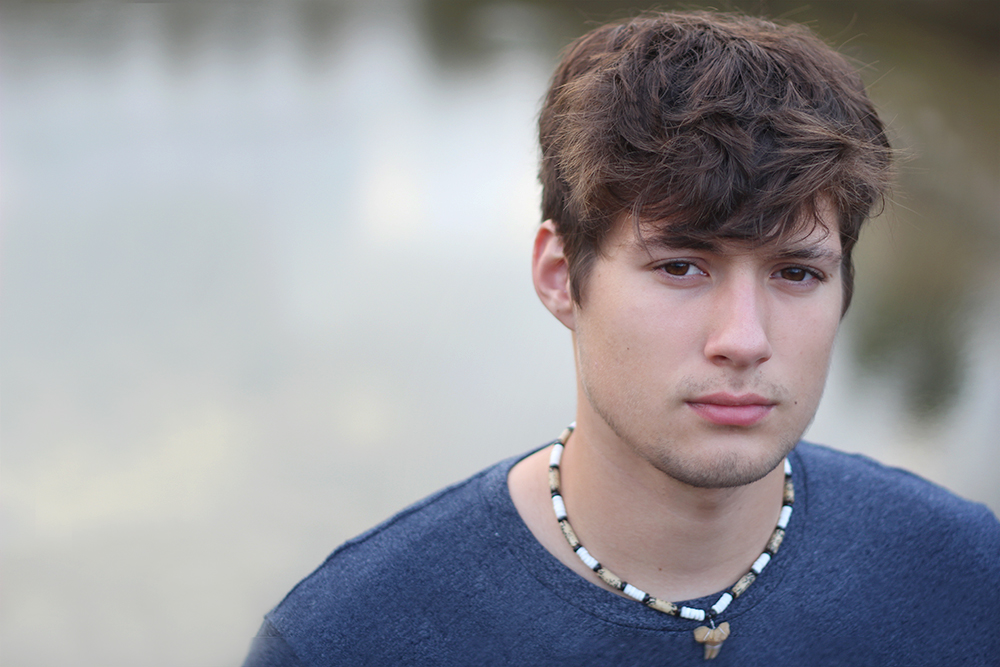 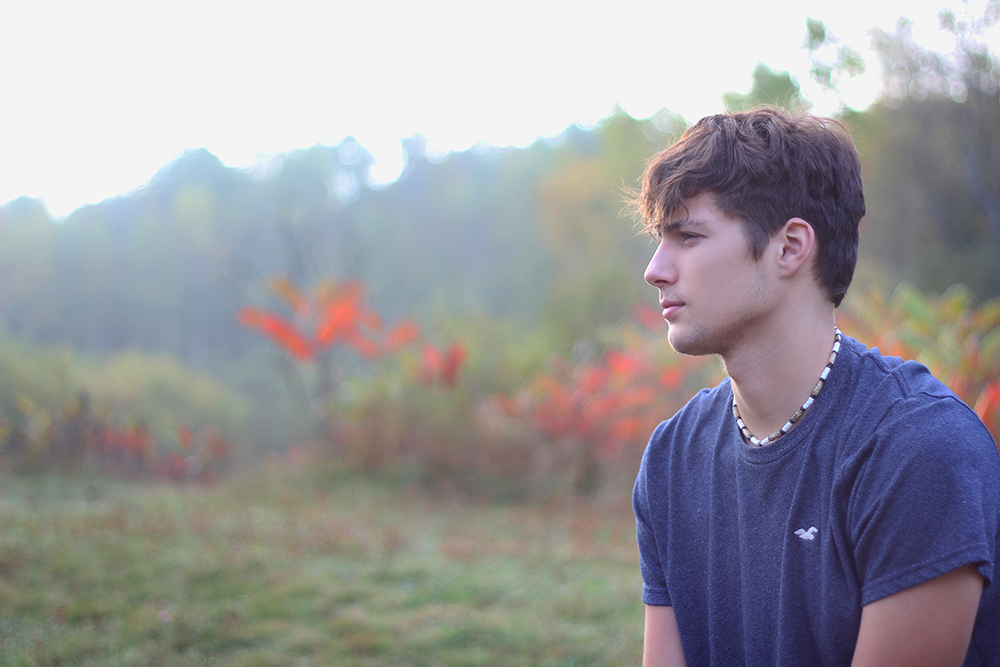 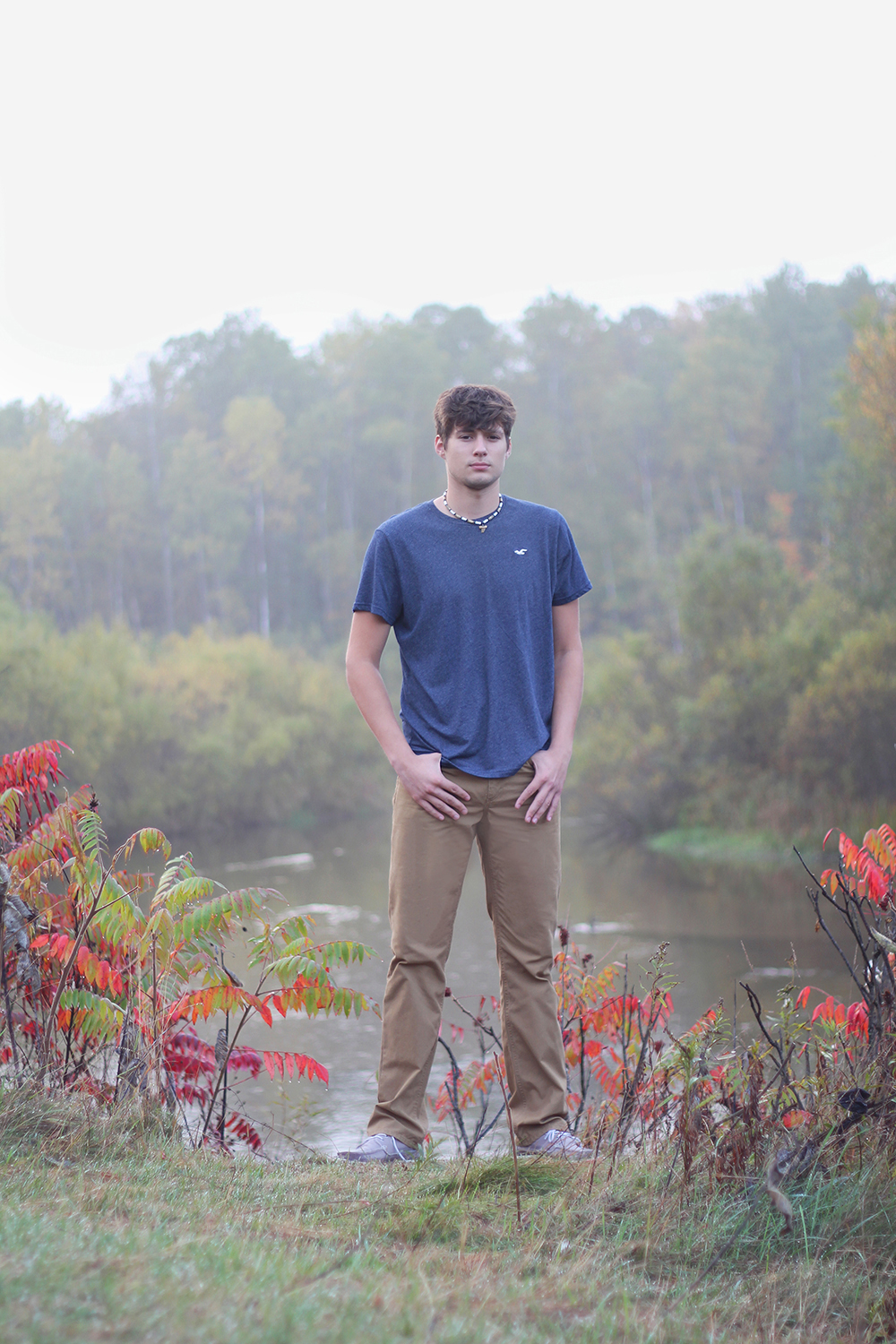 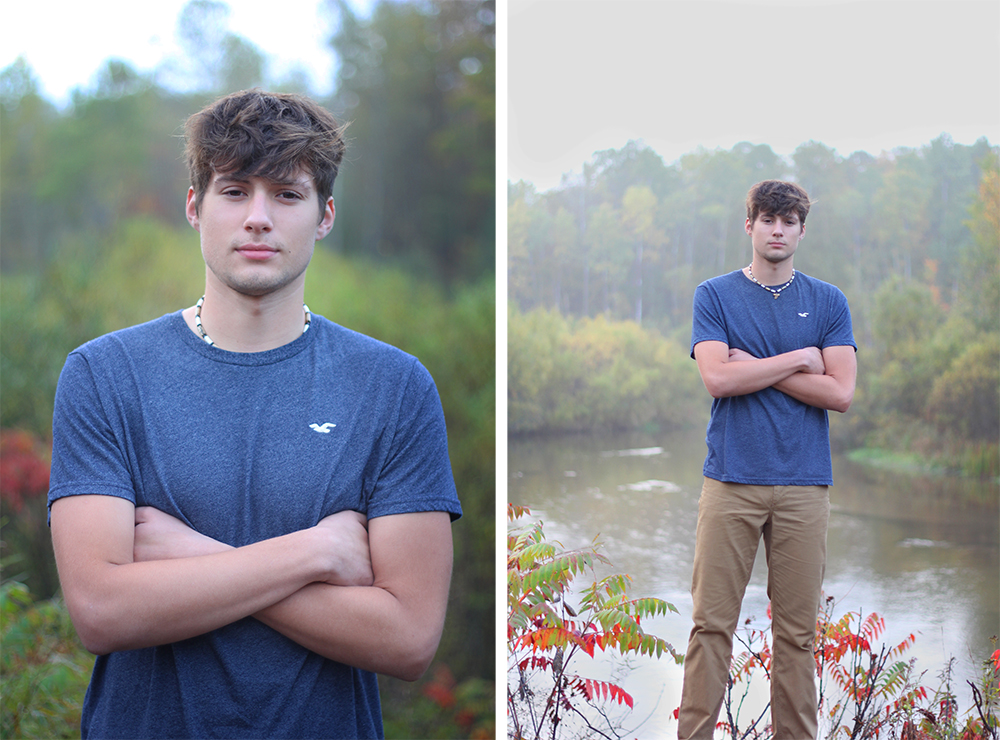 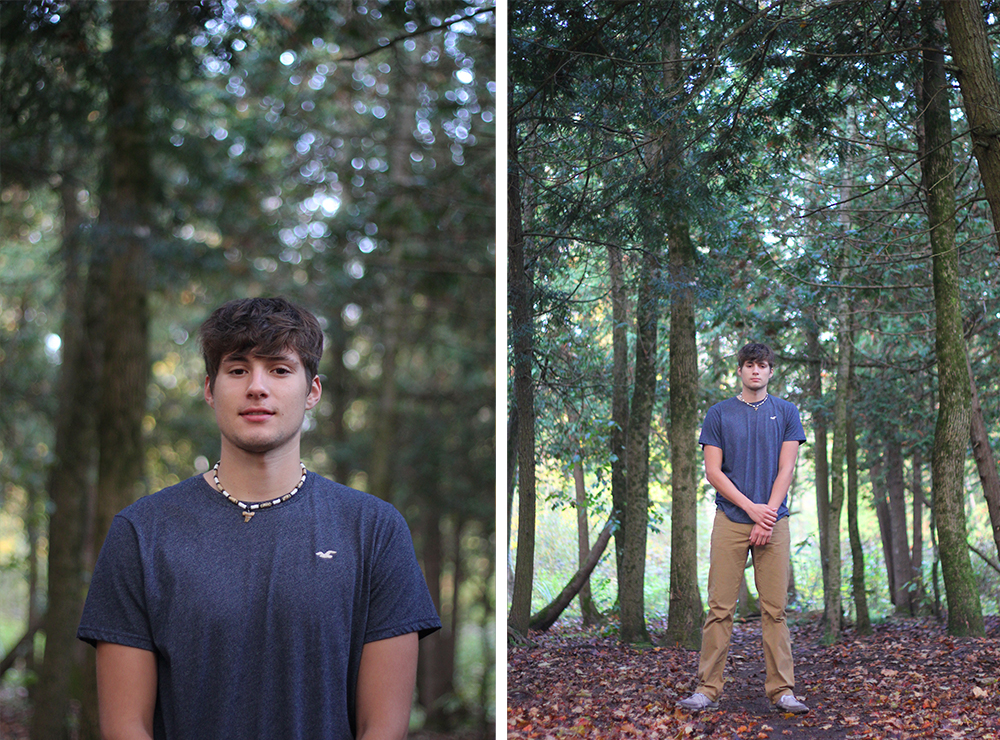 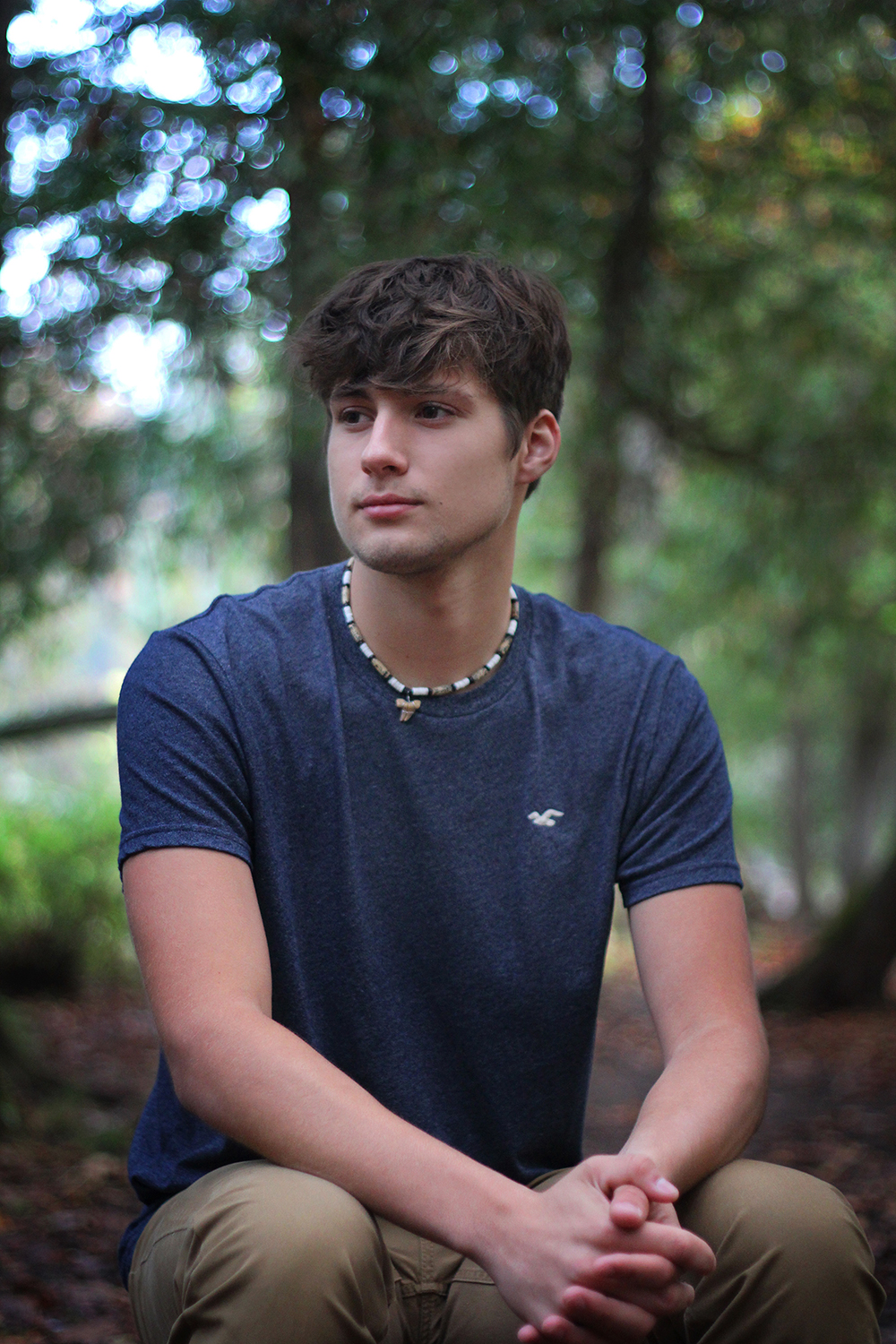 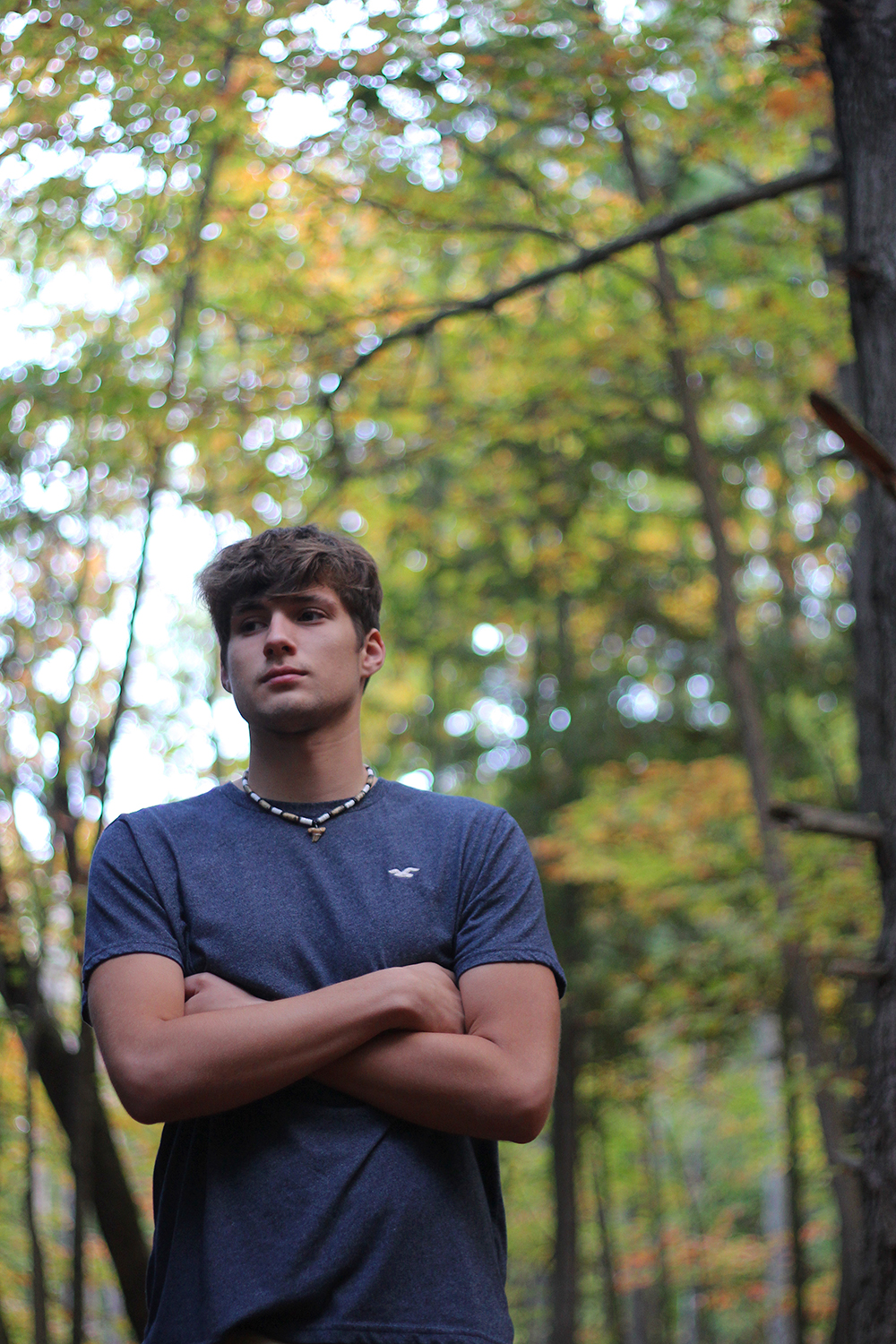 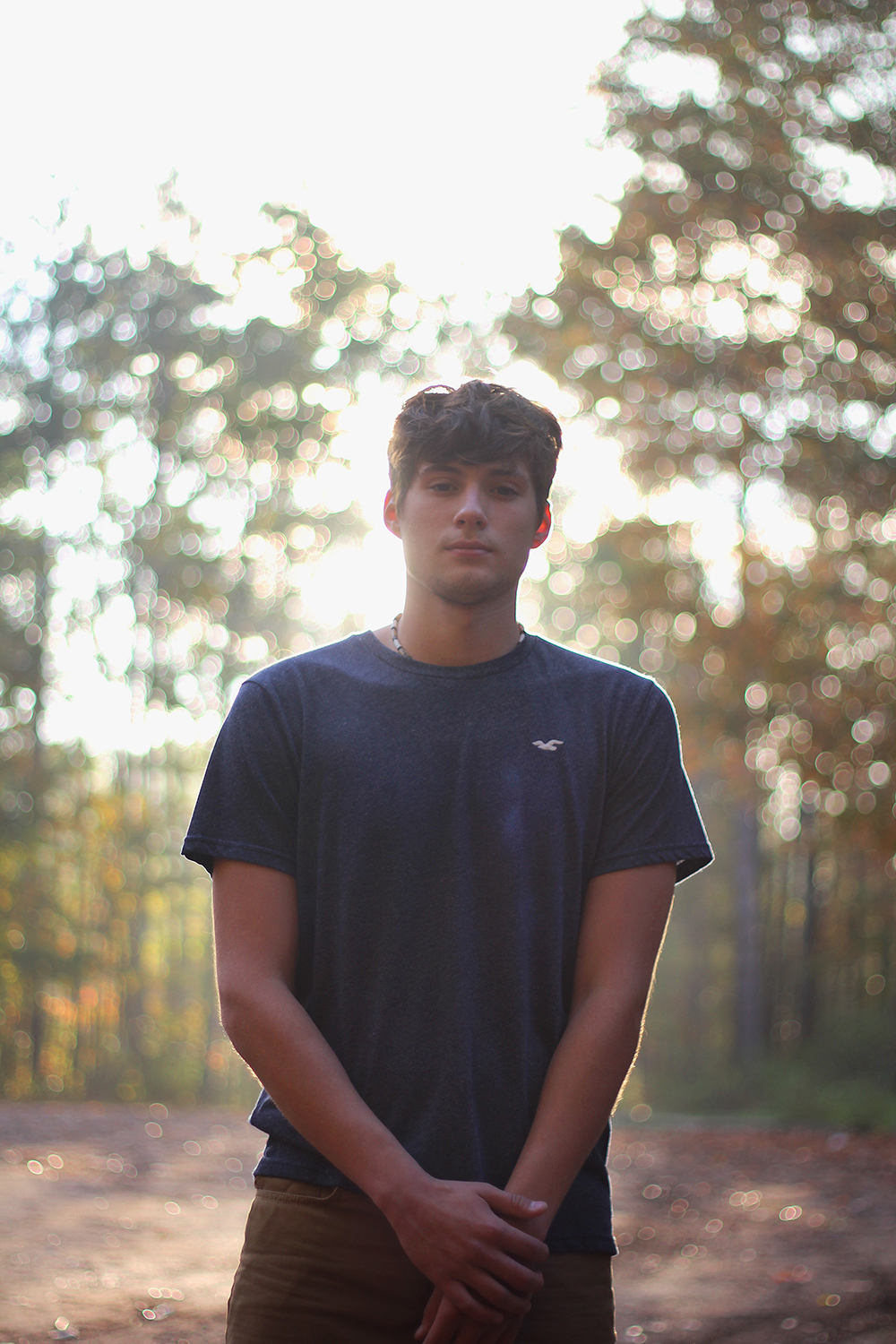 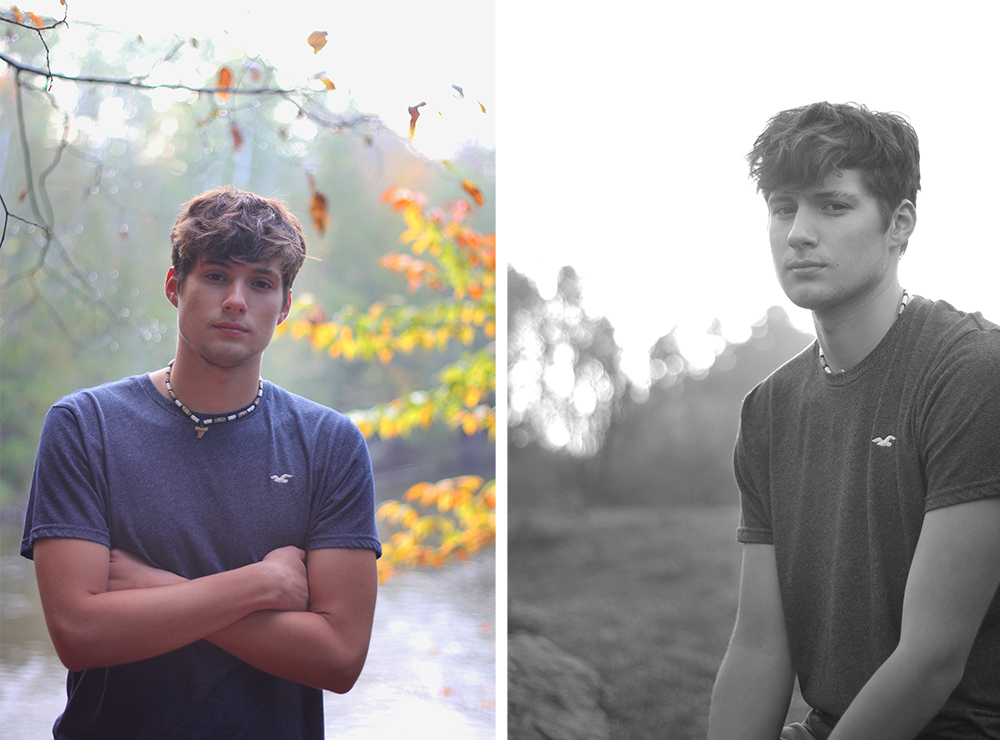 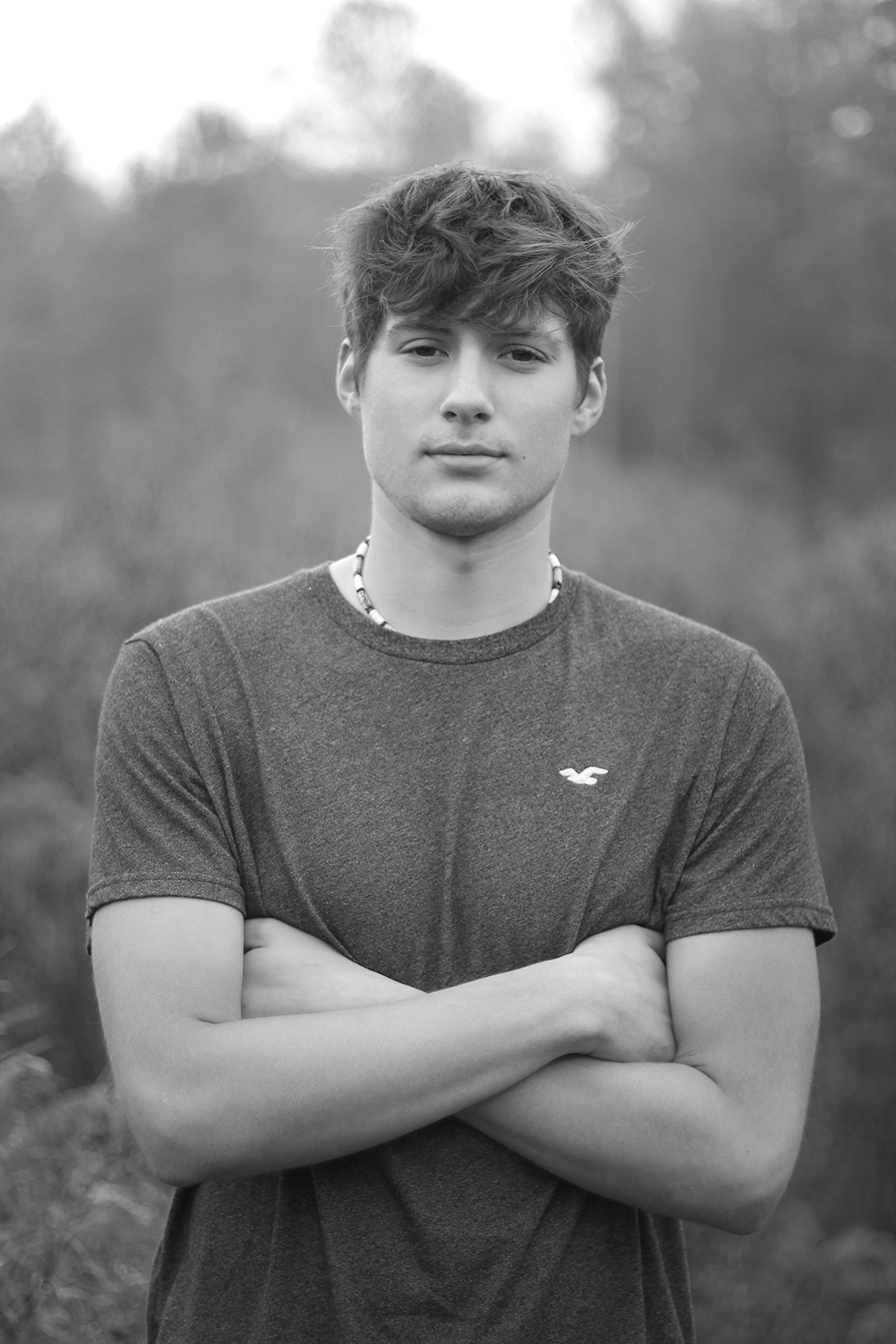 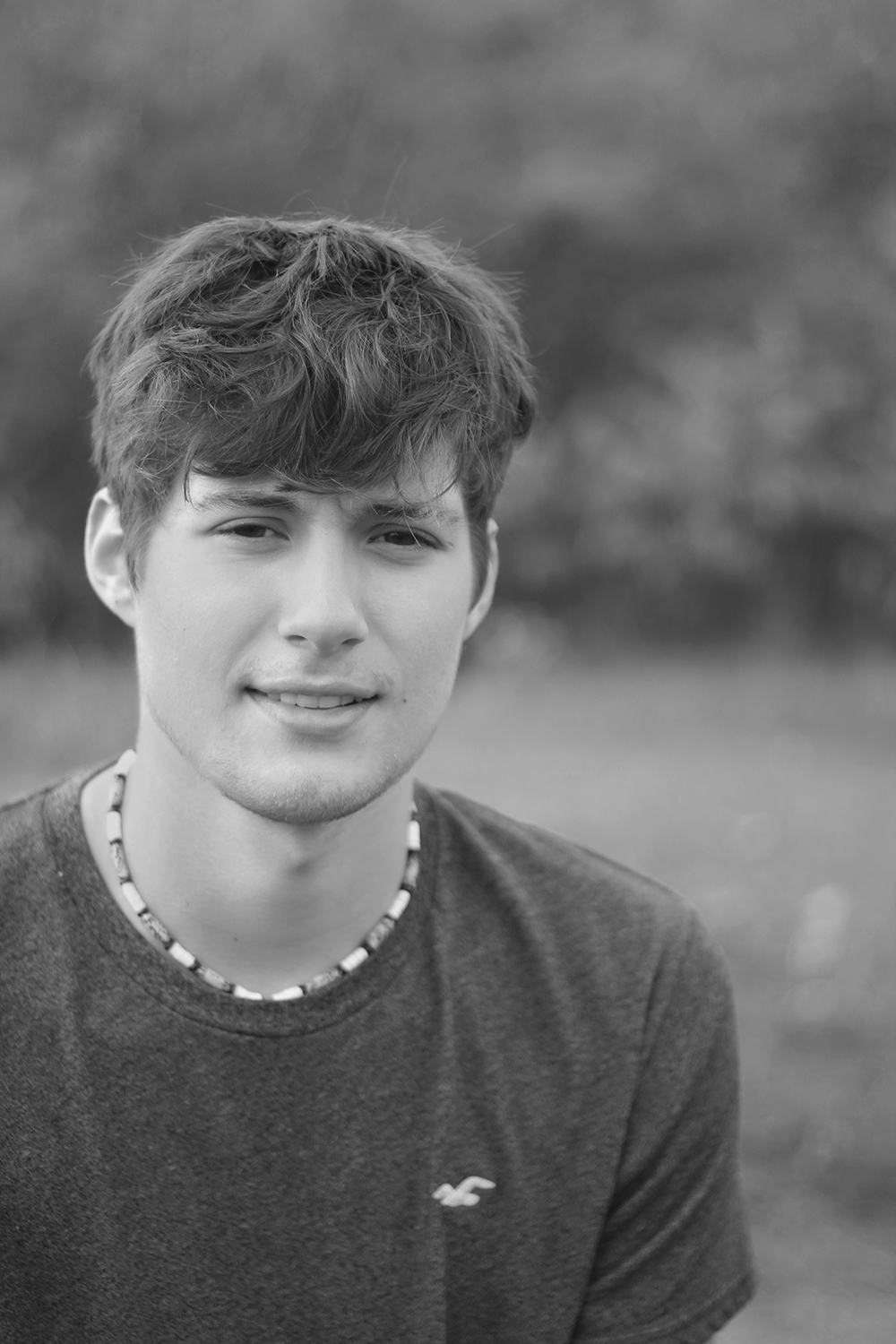 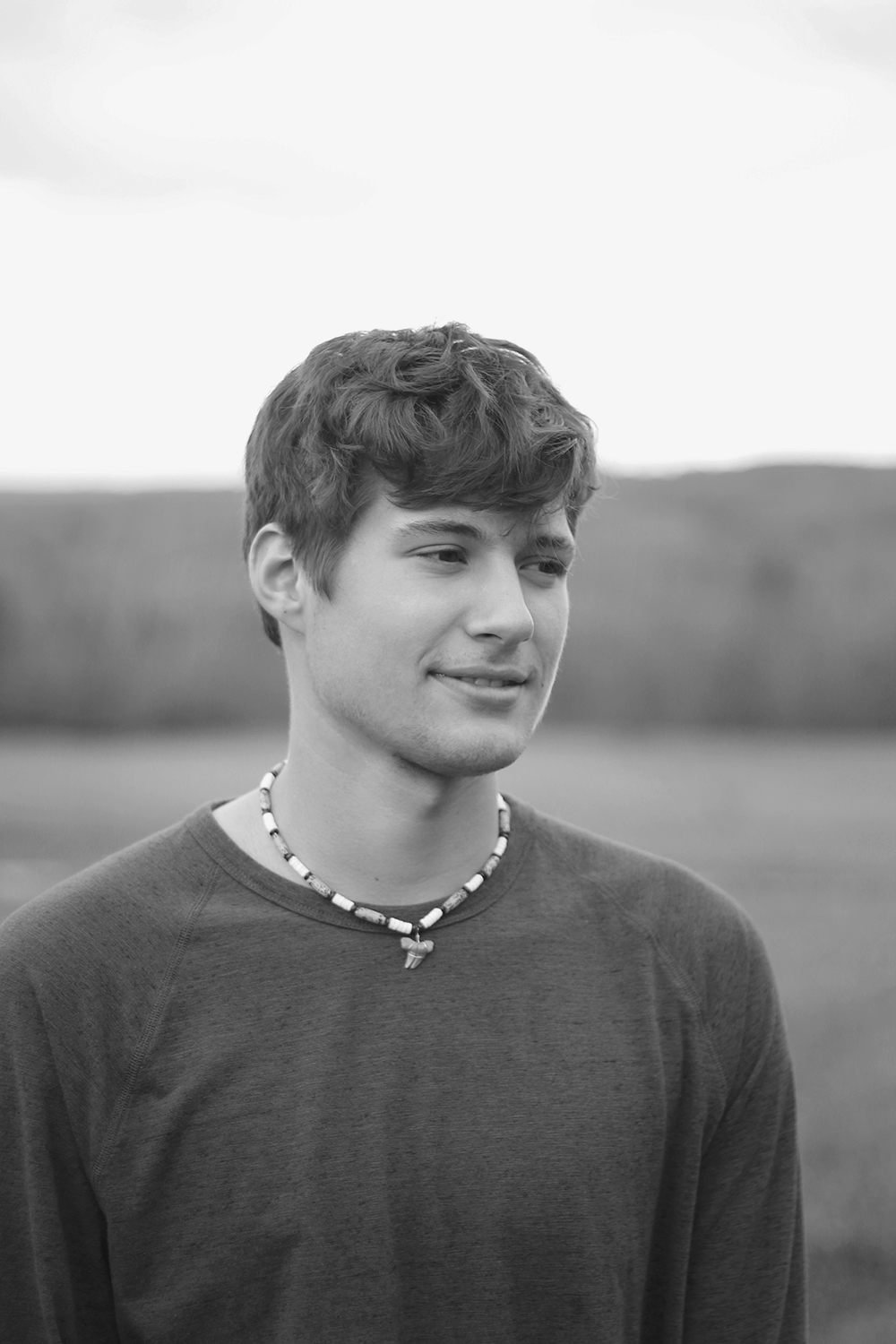 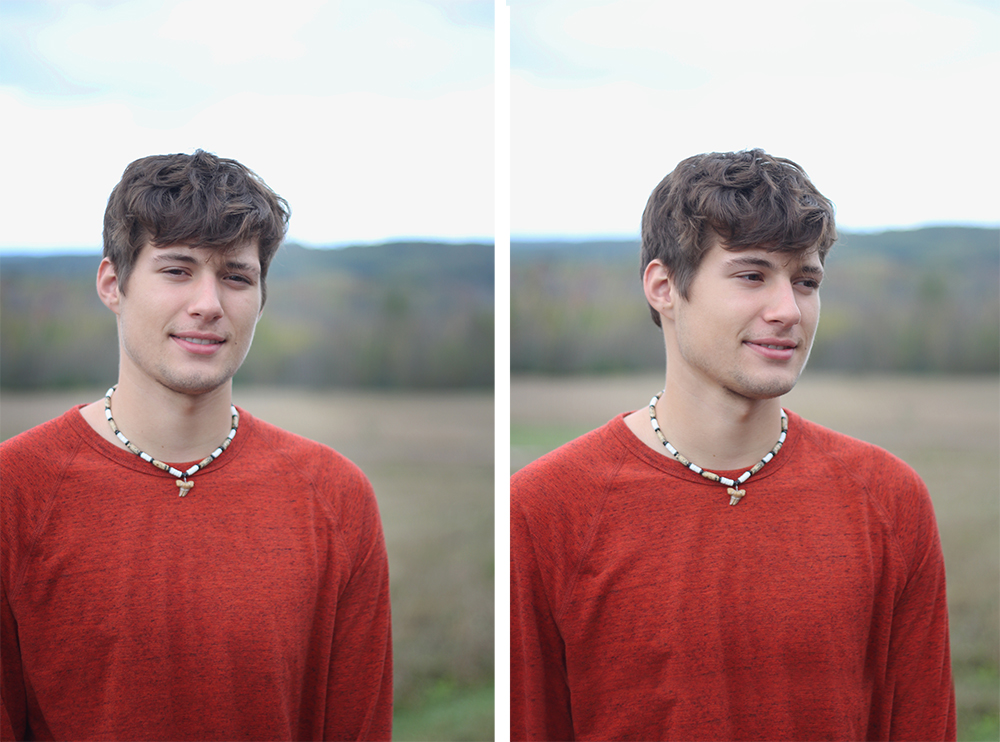 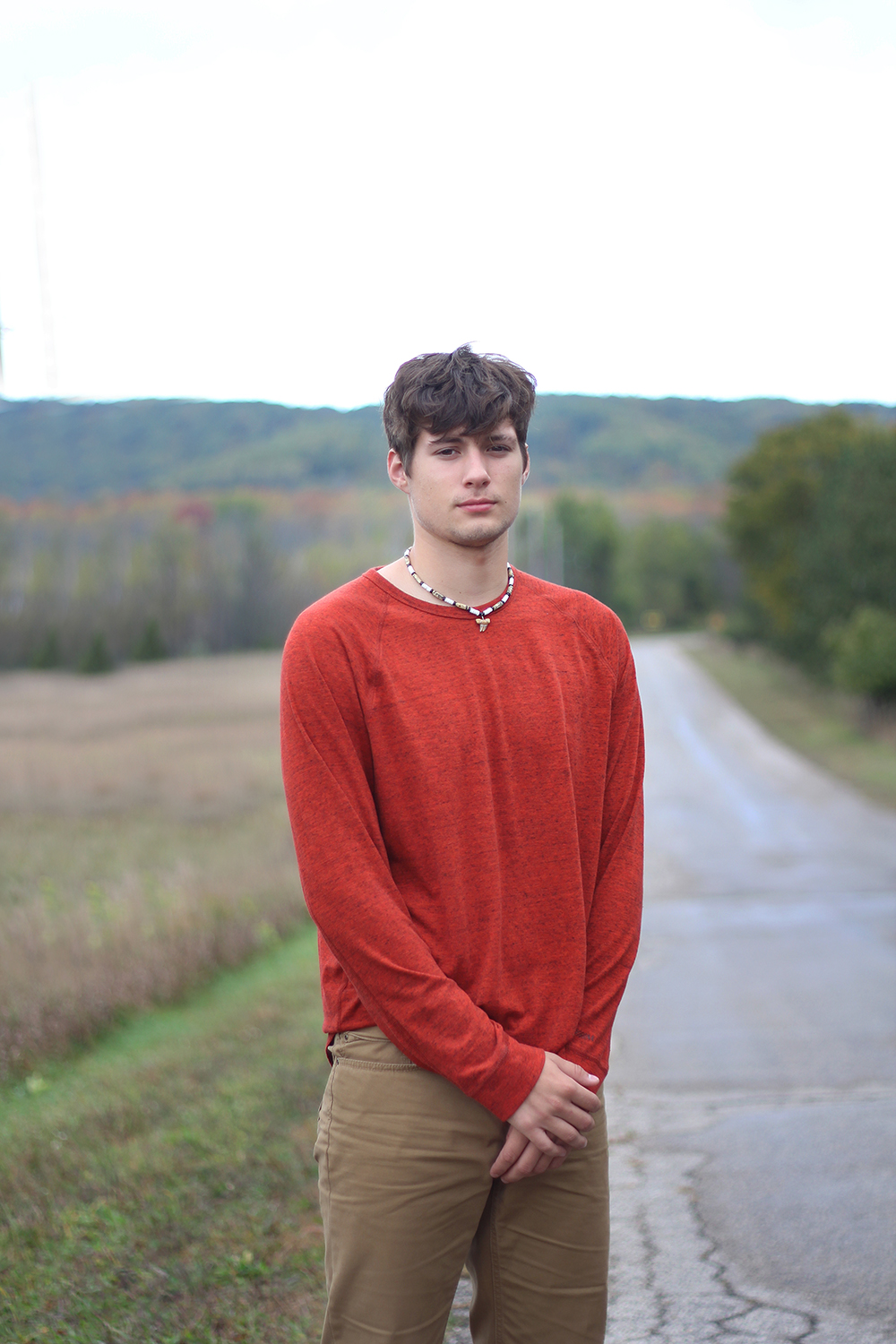 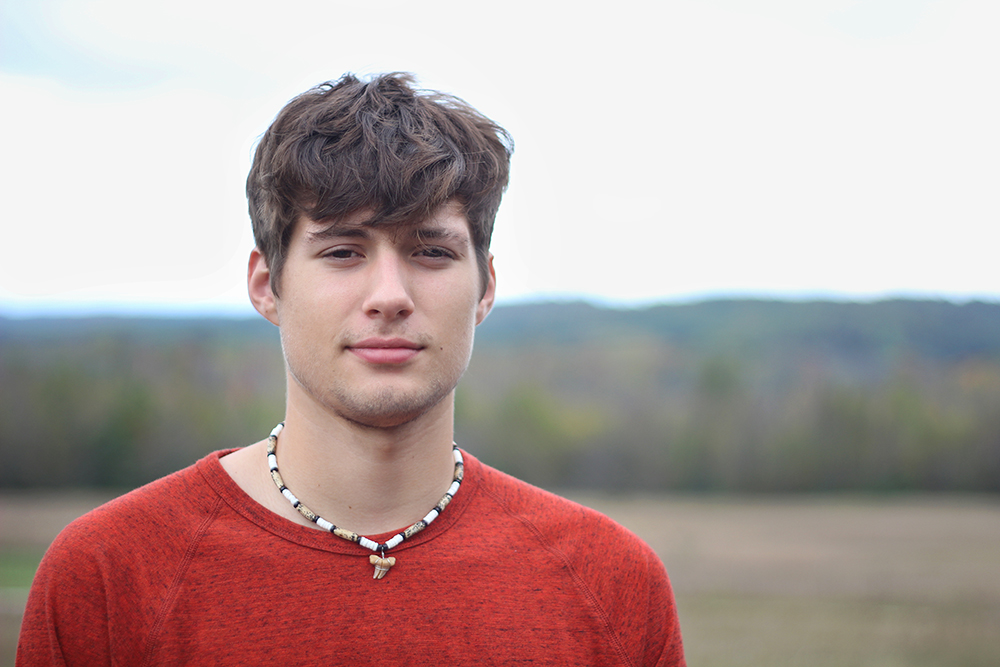