My photo and Jacob Wheeler’s text in print!

My friend Jacob Wheeler wrote a story about a new-ish Middle Eastern restaurant in Traverse City for Edible Grande Traverse, and a photo of mine published alongside Jacob’s text!

“When my mother opted for a July garden party with catered food to celebrate her 65th birthday, we looked to Nada’s Deli, which now caters private events when Nada has enough staff on hand. My mom was drawn to Nada’s salads, in particular, because they are fresh, nutritious and made with love. They are also free of gluten and dairy, which was imperative for some of her birthday guests.”

The article includes great descriptions of some scrumptious food — yes, I know that it’s scrumptious, because I got to down a plateful or two when I was shooting the party, and I greatly approve! — as well as Nada Saco’s life story; how her family emigrated from Iraq during the 1980s to keep her brother out of Saddam Hussein’s military, how she became a self-taught cook while being a stay-at-home mother of four, and how she and her husband became owners of a gas station, a pizzeria, a carwash, and eventually a liquor store, out of which the deli operates.

See the spread of both words and text below, or click here for the online edition! (Note: Only the full-page food photos is mine; the portrait of Nada is Jacob’s.) See my other work for Edible GT on my blog here. 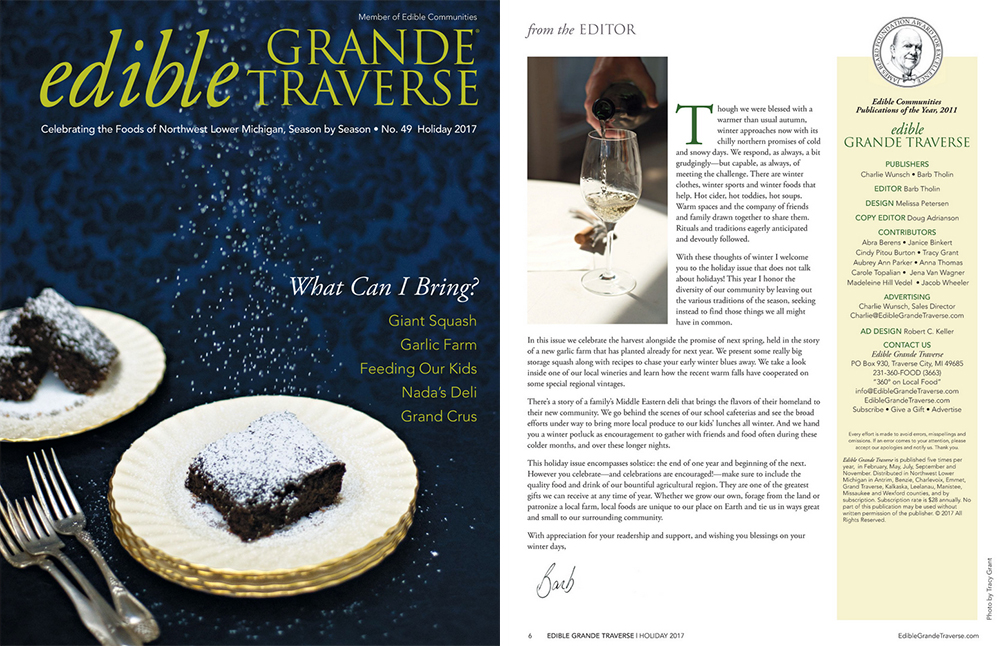 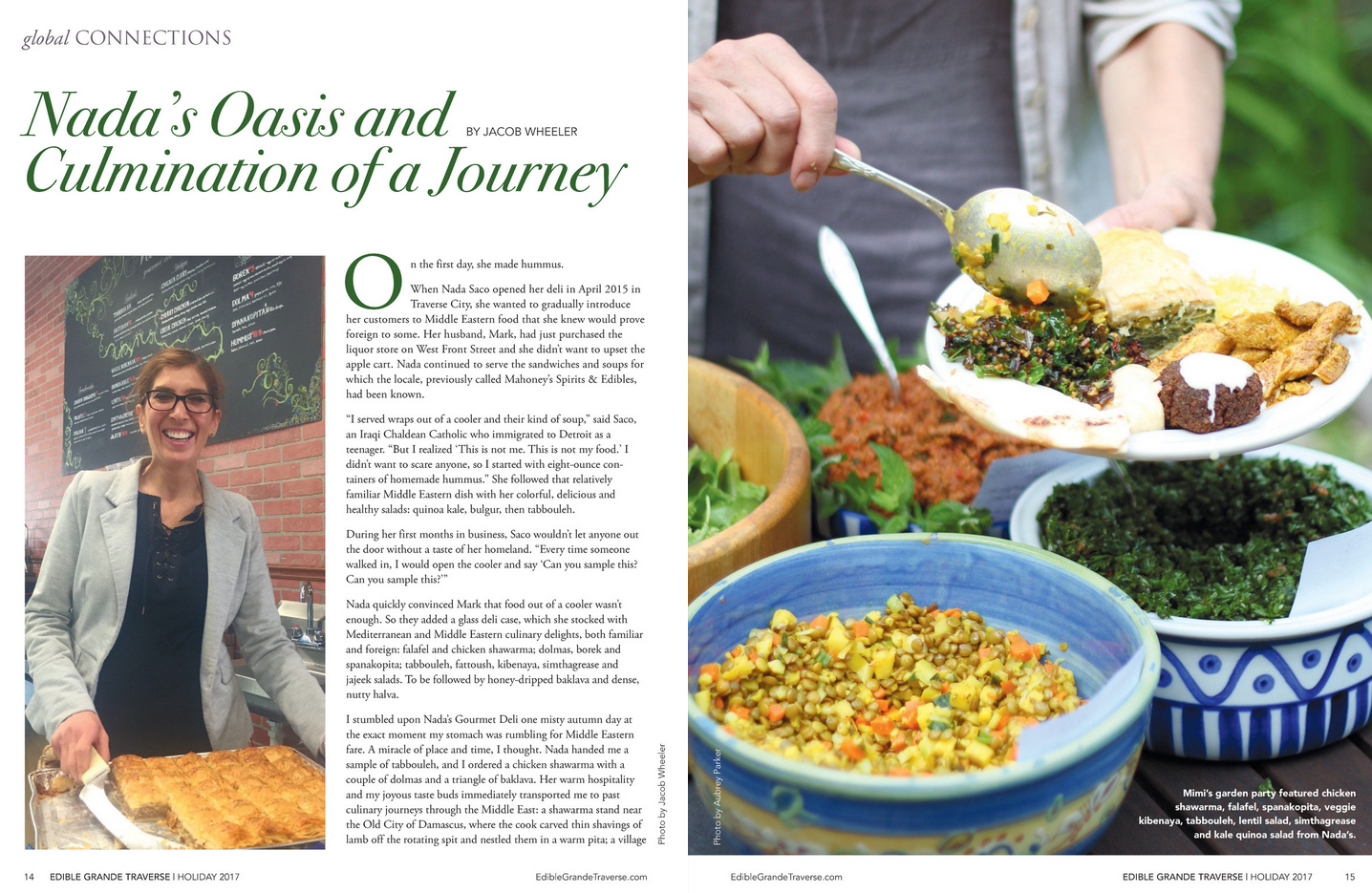 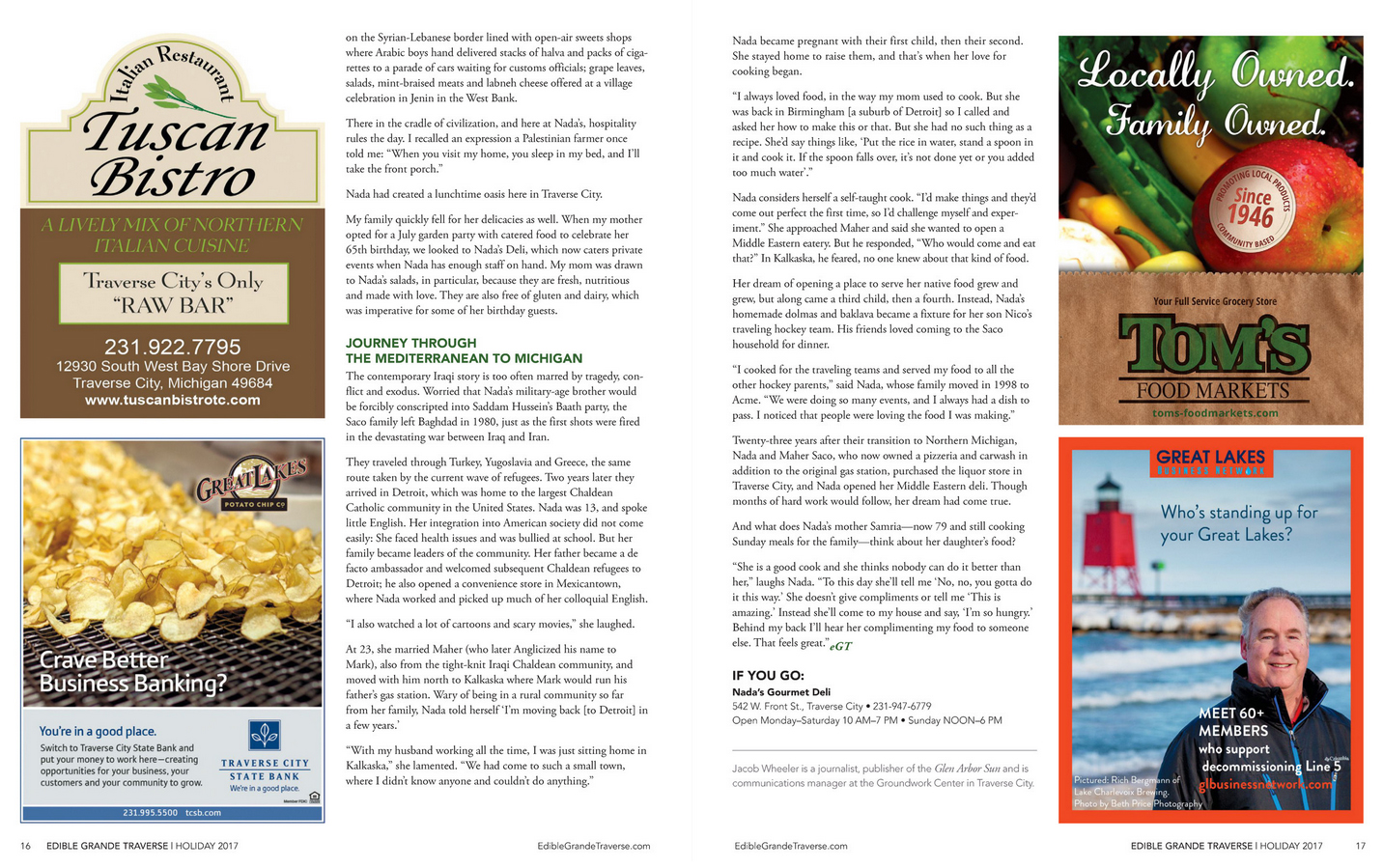