My friend Molly Danner had texted me earlier in the week to let me know that she would be “Up North” in my neckadawoods for a few days and would love to meet up, if possible. Molly is one of those people who is always so good about 1) giving me ample notice that she’s coming so that I can clear my schedule and 2) going out of her way to make sure that she sees me, despite that I inevitably forget and don’t really clear room in my schedule. She’s great!

Need Help?
We in Benzie County have lost many people — teens or otherwise — to suicide over the last decade. In trying to search for an actual number, I flat out couldn’t, because most of the time, suicides aren’t reported by the media. (I wrote a pretty extensive blog post about this last year, which includes reasons why I think that this long-held practice doesn’t stand up to modern-day circumstances.)

Given that it’s national Suicide Prevention Week (Saturday, September 5 – Friday, September 11, 2015), I figured that now would be a good time to share a few stats:

Many times, people are too scared to bring up suicide in conversation. Again, it goes back to this belief that ‘talking about suicide may give someone the idea.’ But in everything that I’ve read, if someone is already unhappy or depressed, allowing that person to discuss his/her feelings openly is one of the most helpful things we can do.

“Even if they have had suicidal thoughts, giving them permission to express those thoughts can relieve some of the anxiety and provide an avenue to recognize other ways to escape their pain and sadness,” states The Jason Foundation.

The Northern Express Weekly had a good article just before Labor Day on suicide prevention in our area, and you can read that here. (Interviews include Daniel Herd and Gina Aranki, friends of mine.) One of the biggest take-aways is this: “People who work in suicide counseling say the biggest factor contributing to someone’s life or death is whether that person is able to overcome the stigma associated with mental illness and ask for help.”

A little relevant backstory: Molly is originally from the Bloomfield Hills area. For years, Molly’s family has vacationed in both the Herring Lake area (to the south of Frankfort/Benzie) and the Glen Arbor area (to the north of Frankfort/Benzie), so she’s quite familiar with our neckadawoods, but from a more “lakie” viewpoint than my local “townie” viewpoint. In other words, when she’s here, she’s pretty much completely on vacation and looking to do fun, positive, upbeat stuff, as those who are on vacation tend to want to do. (I know these are high on my priority list when I go on vacation!) Molly and I know each other from the Kalamazoo College women’s soccer team, but these days, Molly has an enviable job working for National Geographic’s travel division: basically, she gets paid to take the Average Joe on National Geographic Expeditions tours all around the world. (Who even knew cool jobs like that existed?! If you want to learn more, check out her travel blog posts here.)

OK, so back to three and a half weeks ago when Molly texts me, and I’ve of course forgotten that she had wanted to get together. She’s headed to Frankfort, can we meet up? Shoot, no, because Jordan and I have just left for an event at St. Ambrose Cellars, a meadery on a backwoods road in between Honor and Beulah and Thompsonville, sort of. (Hard to explain.)

At first, I was nervous about inviting Molly to the event because 1) as mentioned, the location is kind of hard to find and in the middle of nowhere and not on the way to anything, so she might not want to go out of her way to find it, especially since she has to drive all the way back to Glen Arbor soon 2) it’s a very local-centric event and probably not a lot of other tourists are going to be there 3) it’s kind of an awkward topic if you’re not a local and have to ask what the event is for — we were on our way to the Isaac Julian Legacy Foundation Benefit Concert, put on by our friends who lost their son to teen suicide almost a year ago.

See what I mean? Hard to explain, at first thought, to a non-local who is on vacation and looking to have fun and catch up in an intimate setting. But wait, please read on, because this is the part where I get *really* proud of Benzie County…

Our friends have spent the better part of the last year dealing with the fallout of such a life-changer, and they decided to throw a fundraiser event before the summer was over (partly because a lot of Isaac’s friends would be leaving for college soon). You can read more about the impetus for the event in a blog by Isaac’s mother, Christina Ryan-Stoltz, on The Betsie Current‘s website. (Please do read the whole thing, because it’s all at once powerful, moving, and uplifting; she does a way better job than I ever could of summing things up, however, I’m going to try: In a nutshell, the family wants to create a program for teen-suicide prevention that uses peer training. In other words, kids will tell other kids things that they won’t tell adults, so let’s prepare them for these kinds of conversations.)

From the minute we arrived, it was so obvious to me that the family had put a lot of time and thought into what they wanted to do with the money and what kind of event they wanted to throw. The peer-training idea is top-notch; the outdoor event was chock full of kids running around and playing games; the performances of family friends like Liv Buzzell, Bailey Barnes, Paul Flynn, and others were heartfelt; there were tons of free, local, fresh foods, in addition to meads and wines to buy; the general public and the business community had donated all kinds of great things for the silent auction.

It was also quite obvious that so many of the people who were involved behind the scenes have had loads of experience with putting on events (cough cough, Josh and Randi Stoltz, cough cough), because the event was well-organized, well-staffed with volunteers, and had a cohesive look and feel to it, despite being pretty free-form. (In other words, it didnt feel helter skelter, though there was a lot going on in a lot of different places on site.)

They, of course, made sure to have a headline act to draw in the crowds, too: Joshua Davis, my friend who won 3rd place in Season 8 of NBC’s The Voice, which I’ve written about before. (Of special note: It was so interesting to see the dichotomy of having watched Josh just the night before play to close to 4,000 people at Interlochen Center for the Arts with a big, full band and back-up singers vs. seeing Josh, all alone with only his guitar, at such a small and intimate gathering of just a couple hundred with no real “stage” to speak of. Moreover, he played the Isaac event free of charge, another testament as to what a great human being he is.)

I hope that the photos below help those of you who did not attend the event to understand the magic of the night, and for those of you who did attend, I hope that the photos help you to remember it. Long story short, any hesitations that I had had about asking Molly and her sister to ditch their plans for the evening and come hang out at a nearly exclusively locals-only event that was raising money and awareness about teen-suicide prevention — yeah, those hesitations went right out the window. (Molly later told me that the event was a highlight of the entire Up North trip for both her and her sister; they couldn’t believe the power and tenacity of our little community, and if they weren’t already looking for housing and jobs up here, they probably are now.)

Events that are fun, upbeat, somber, cathartic, healing, purposeful, and supportive all at the same time don’t happen everywhere, but they do happen in Benzie County.

Hundreds of people showed up to the Isaac Julian Legacy Foundation Benefit Concert at St. Ambrose Cellars, which ended up being one of the brightest parts of my summer despite being borne from such a point of despair. We here in the Benzie backwoods rally for each other in times of need, and we’re not afraid to tackle difficult or awkward situations. We’re real people with real joys and real problems who are looking for real solutions, and we often find them in those around us.

Please enjoy these photos from the event and think about making a donation by sending a check to: “The Isaac Julian Legacy Foundation” PO Box 304, Frankfort, MI, 49635, or stop by State Savings Bank and make a deposit directly into the “Isaac Fund.” 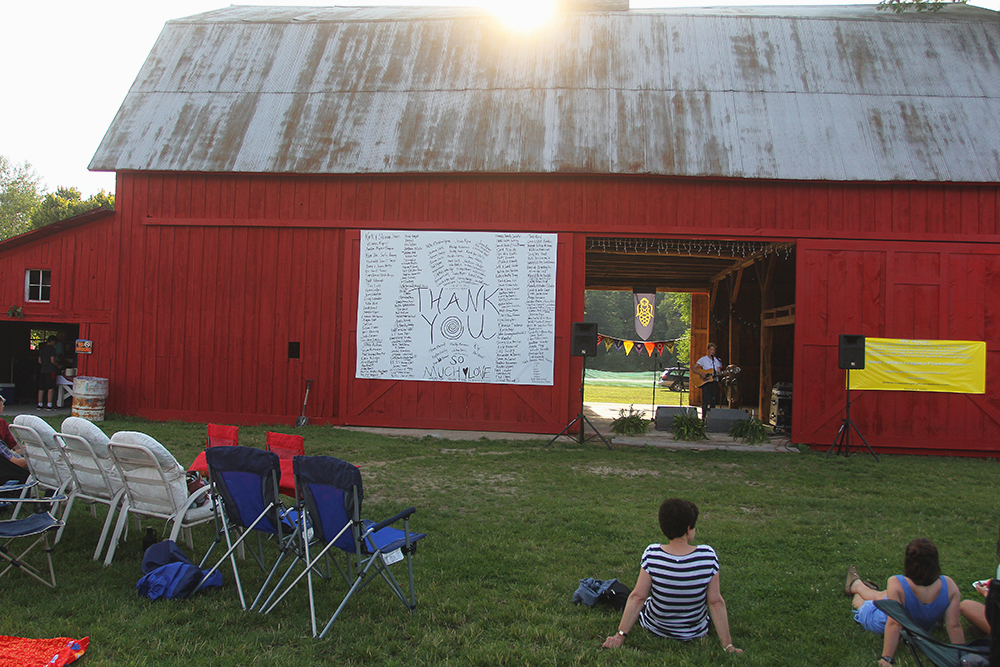 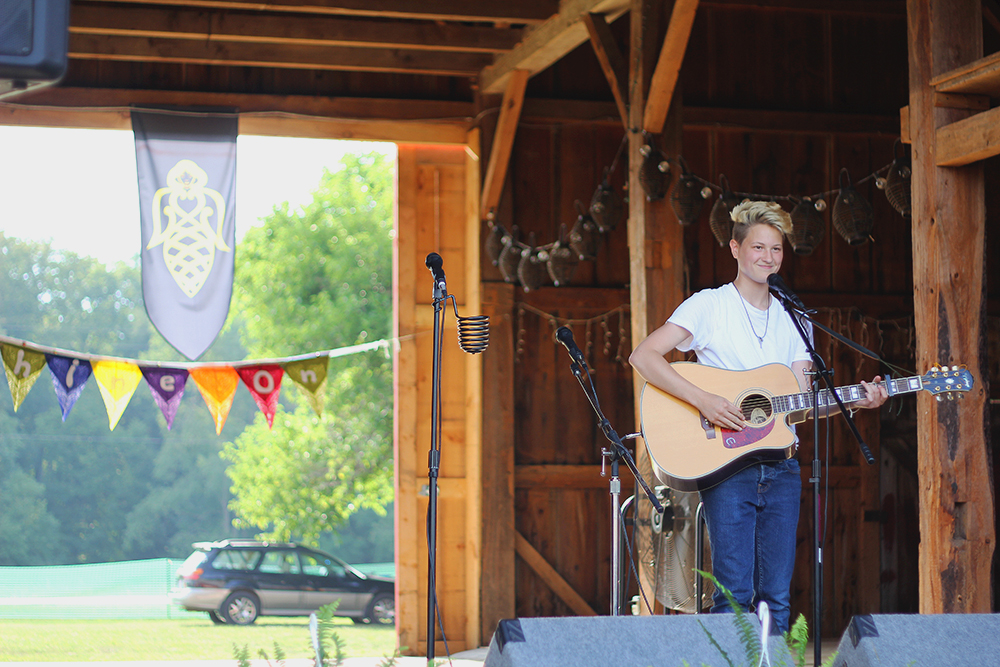 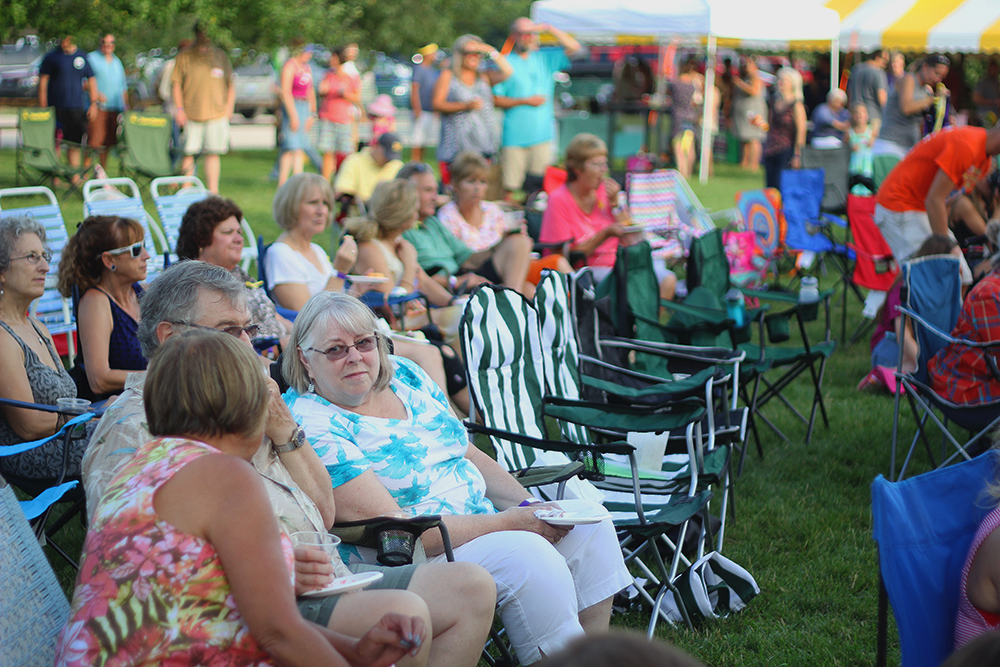 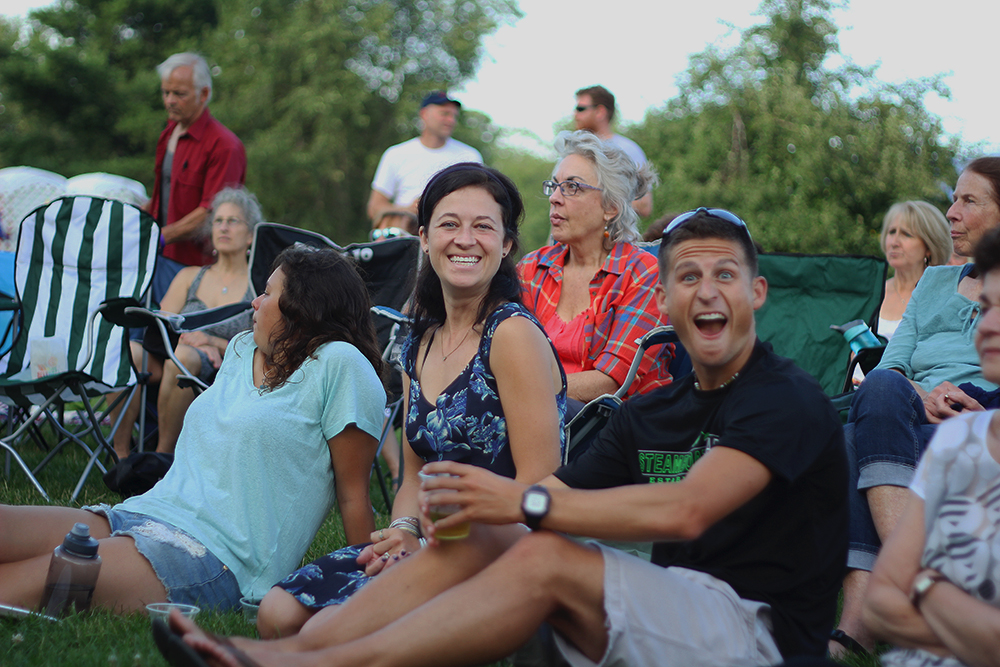 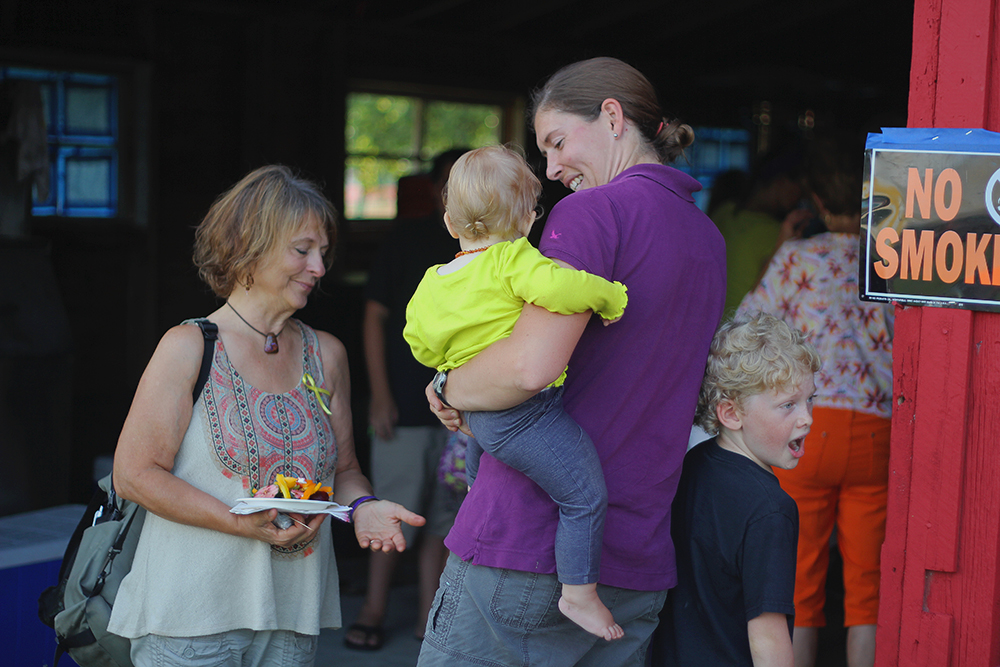 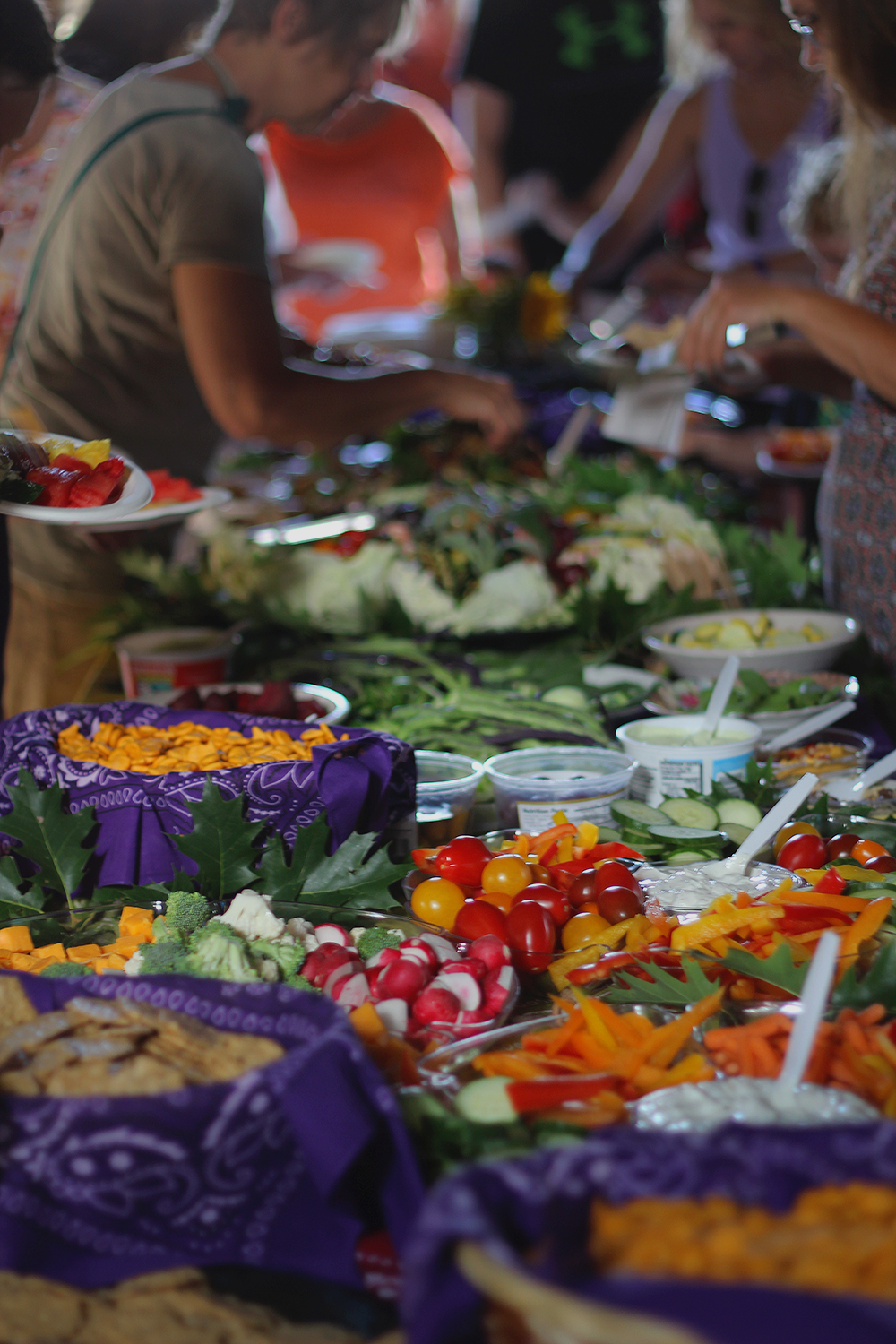 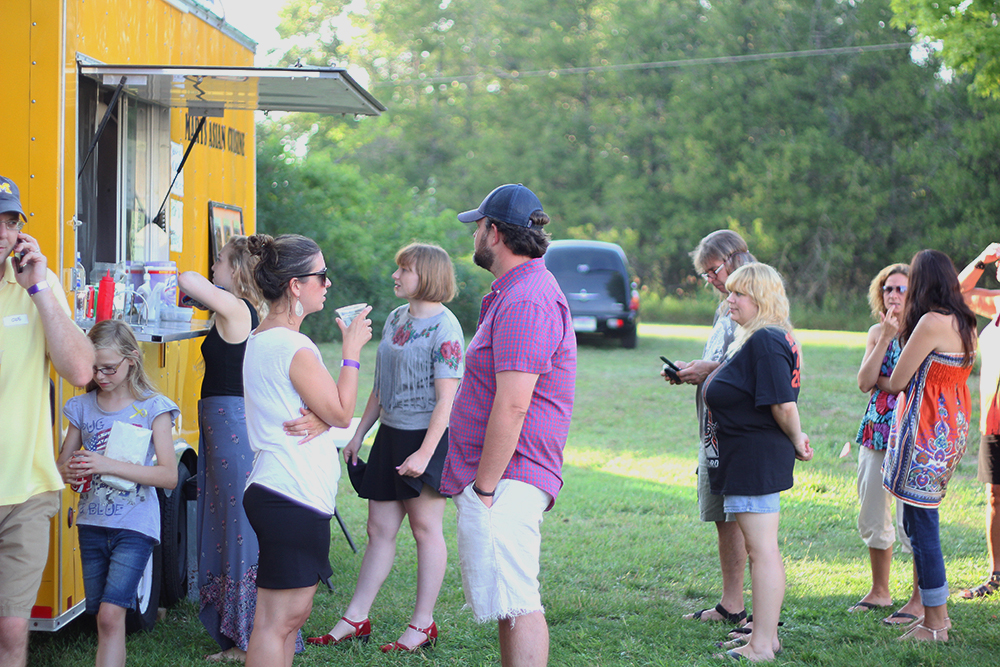 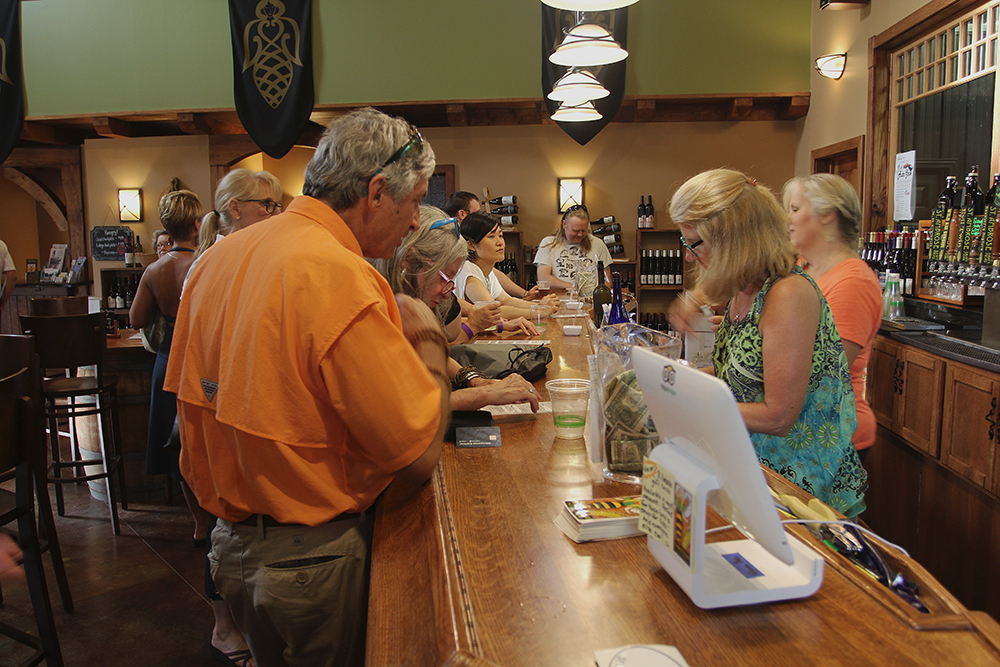 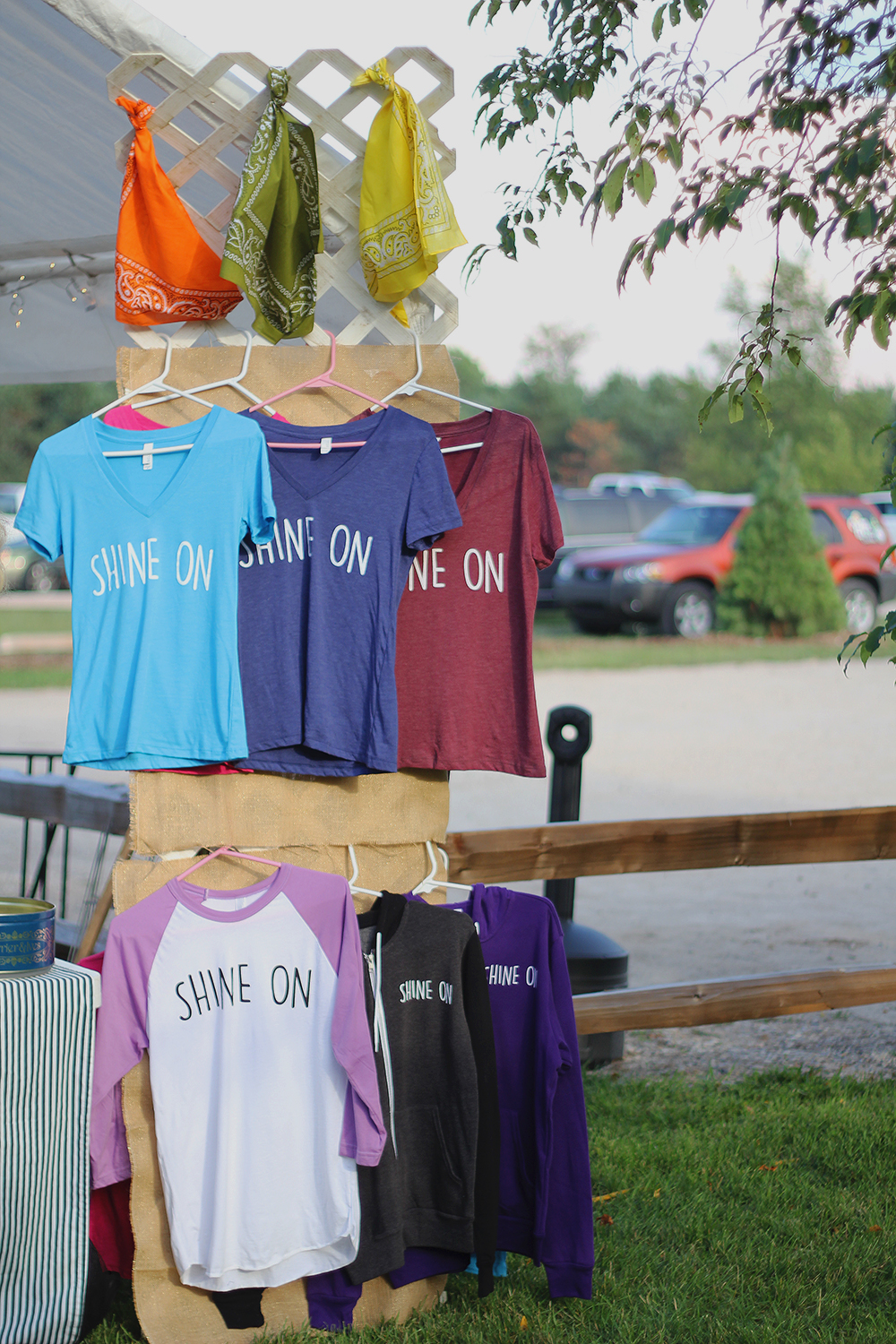 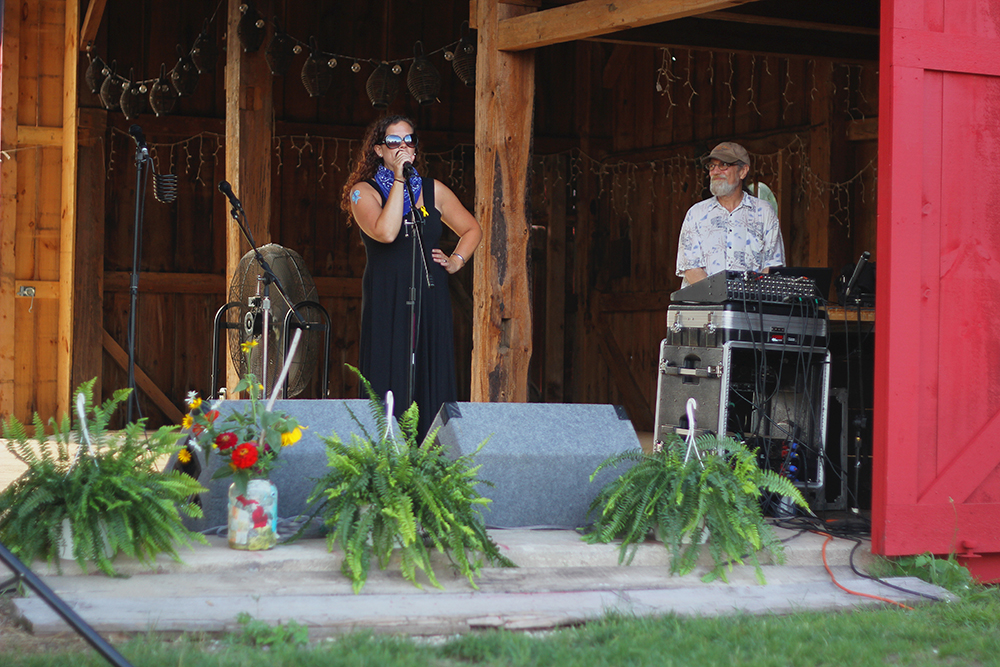 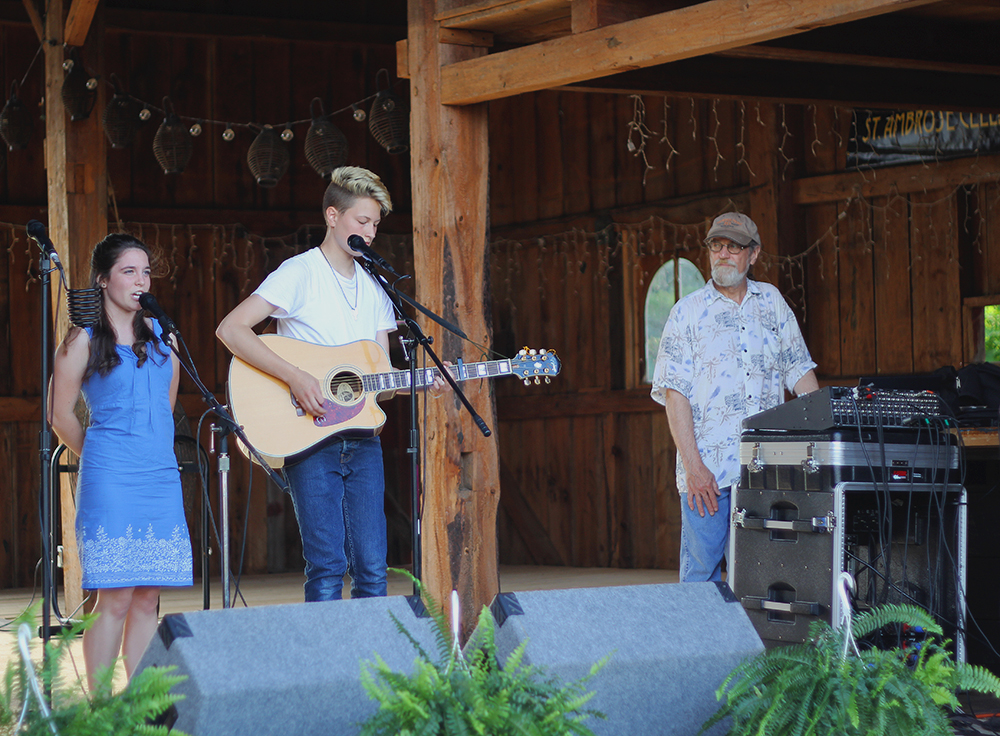 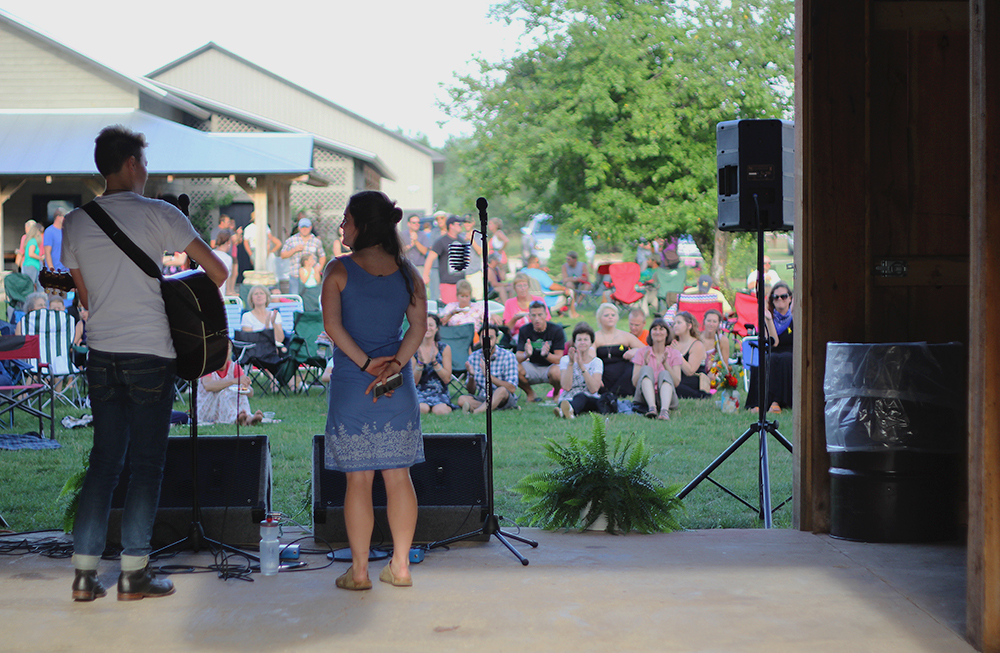 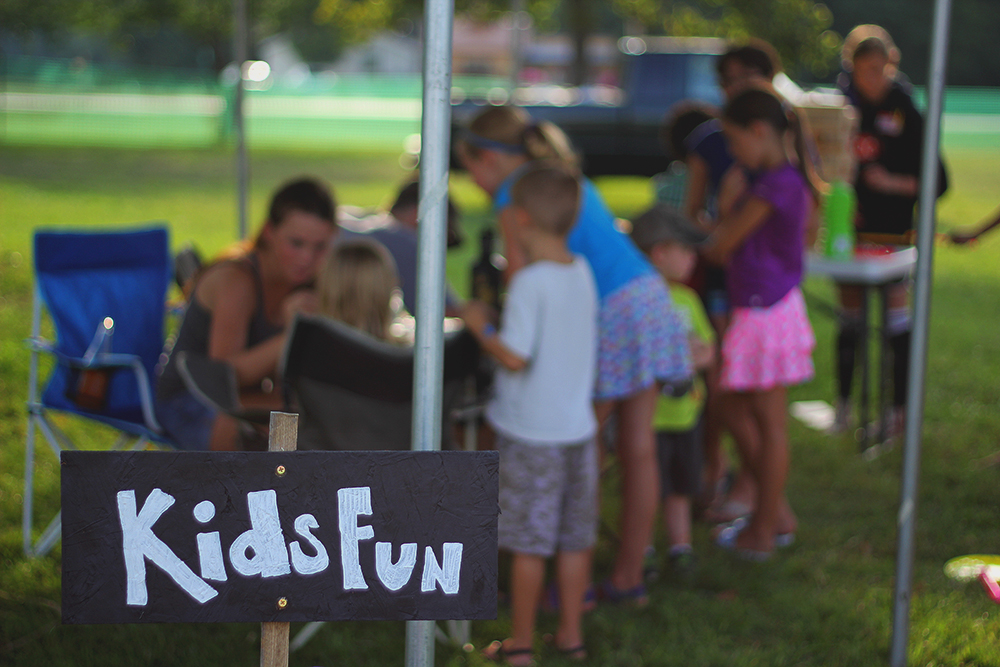 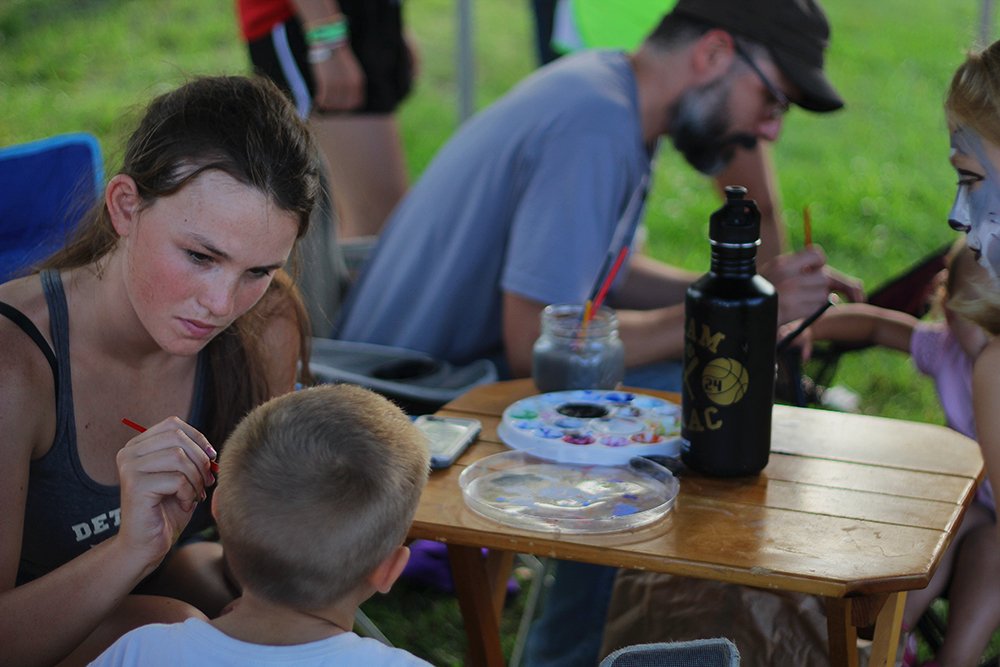 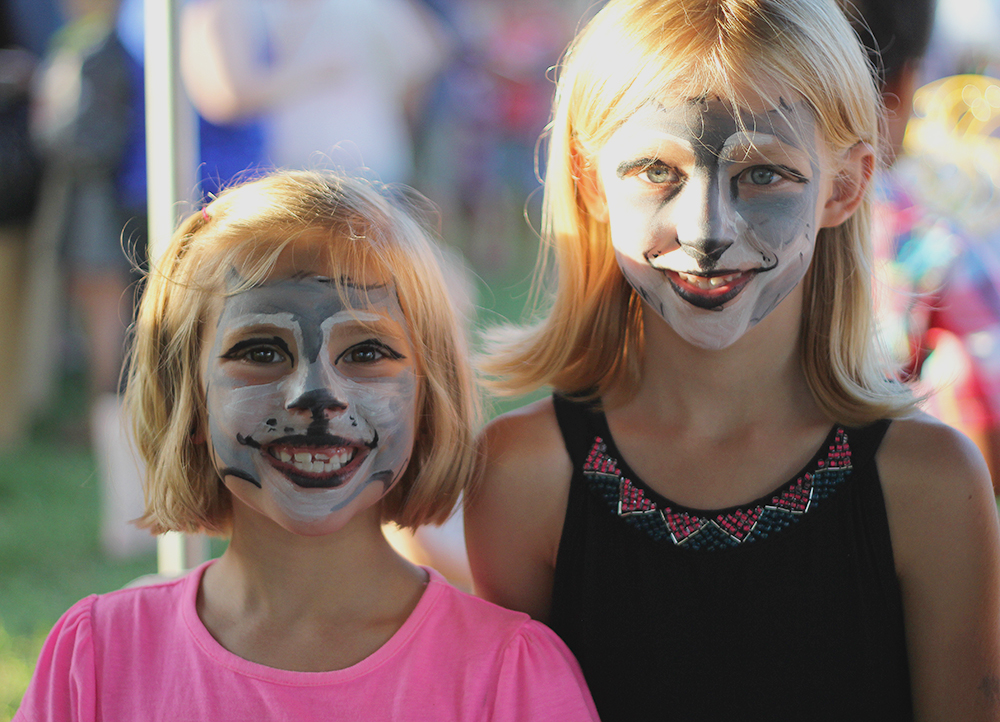 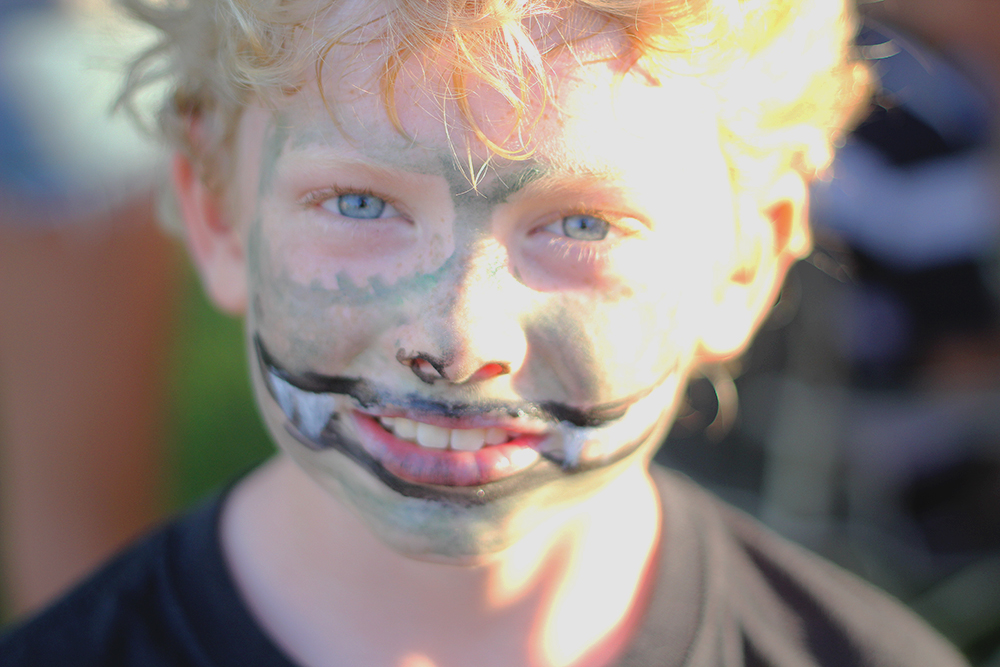 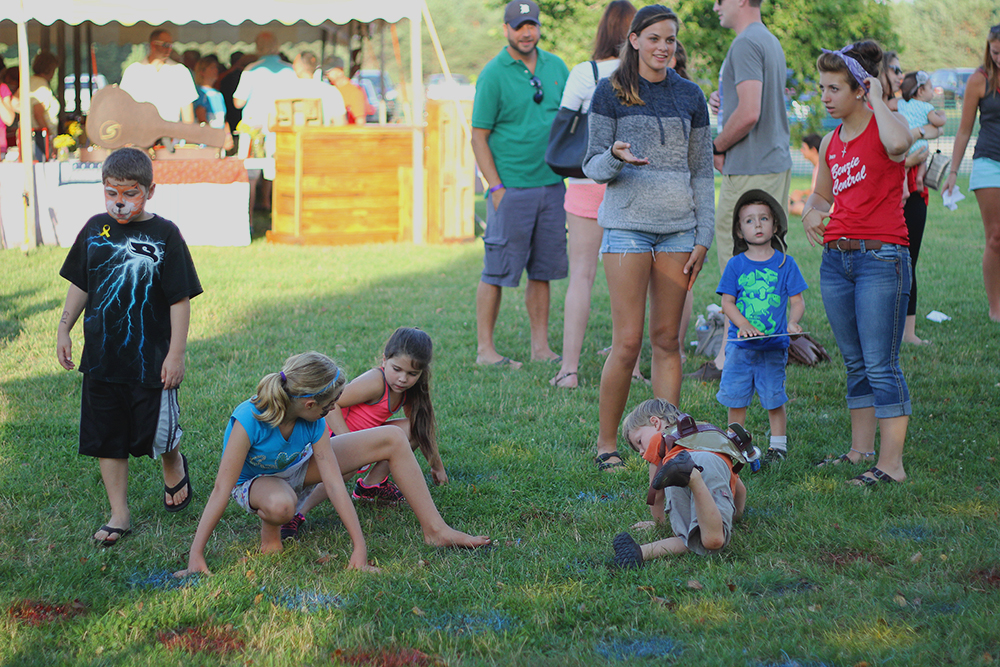 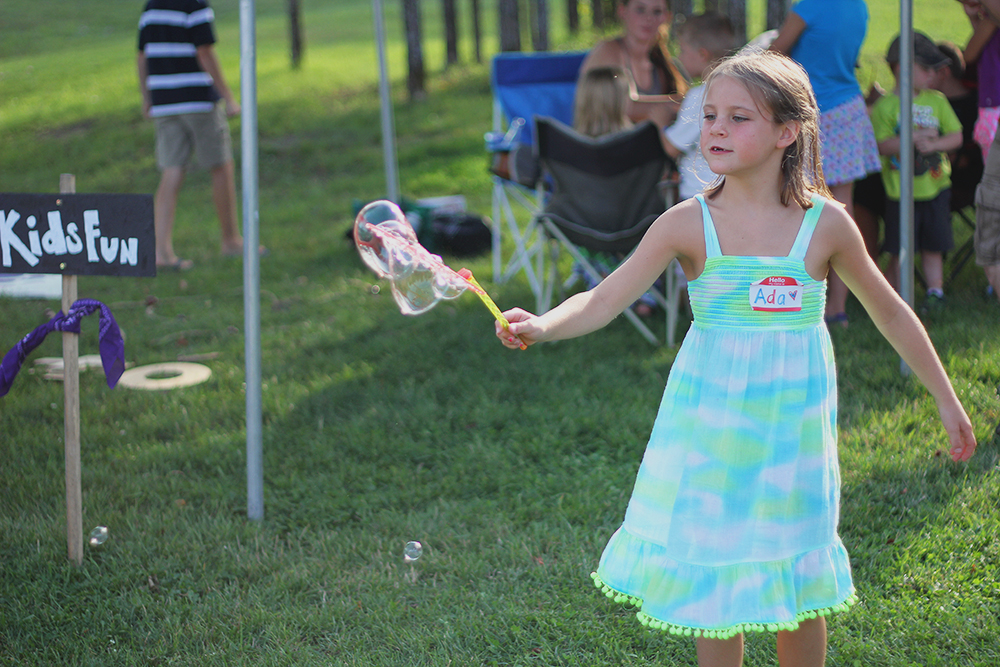 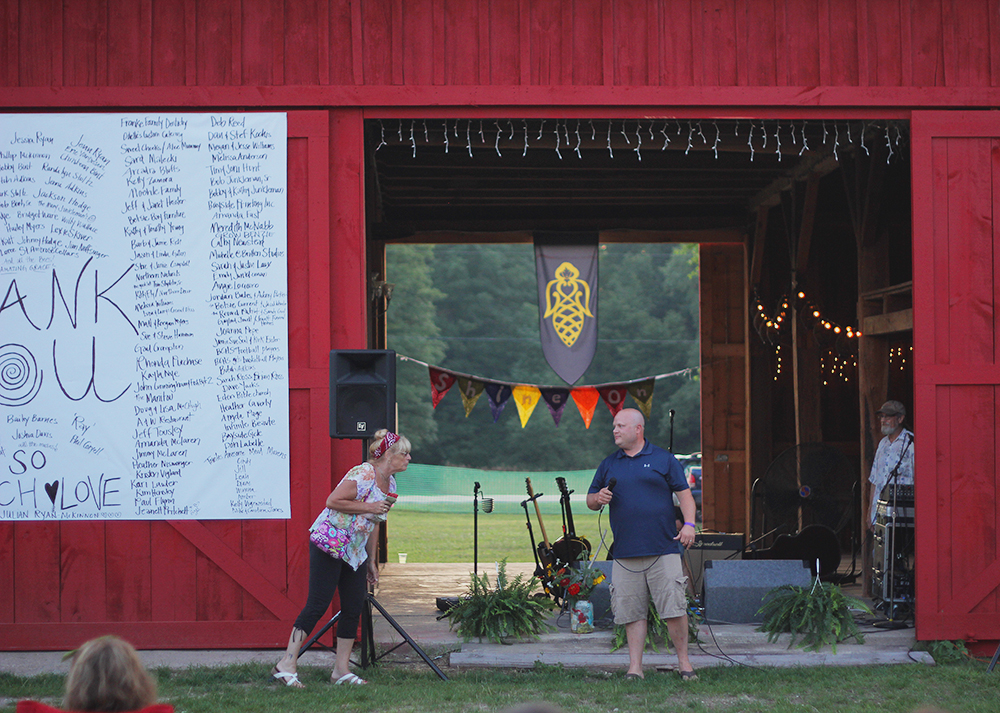 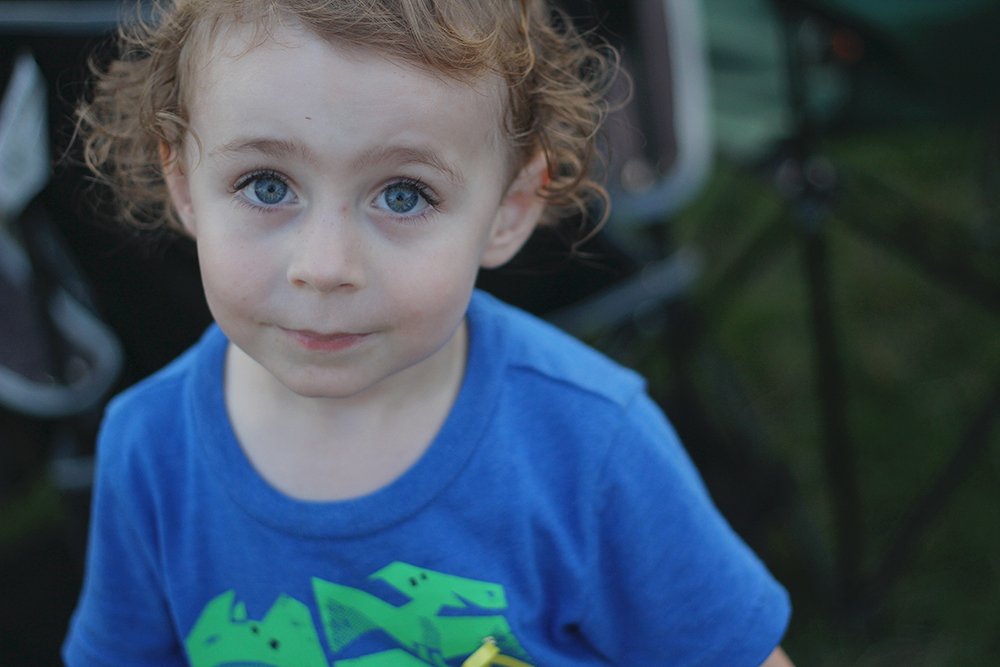 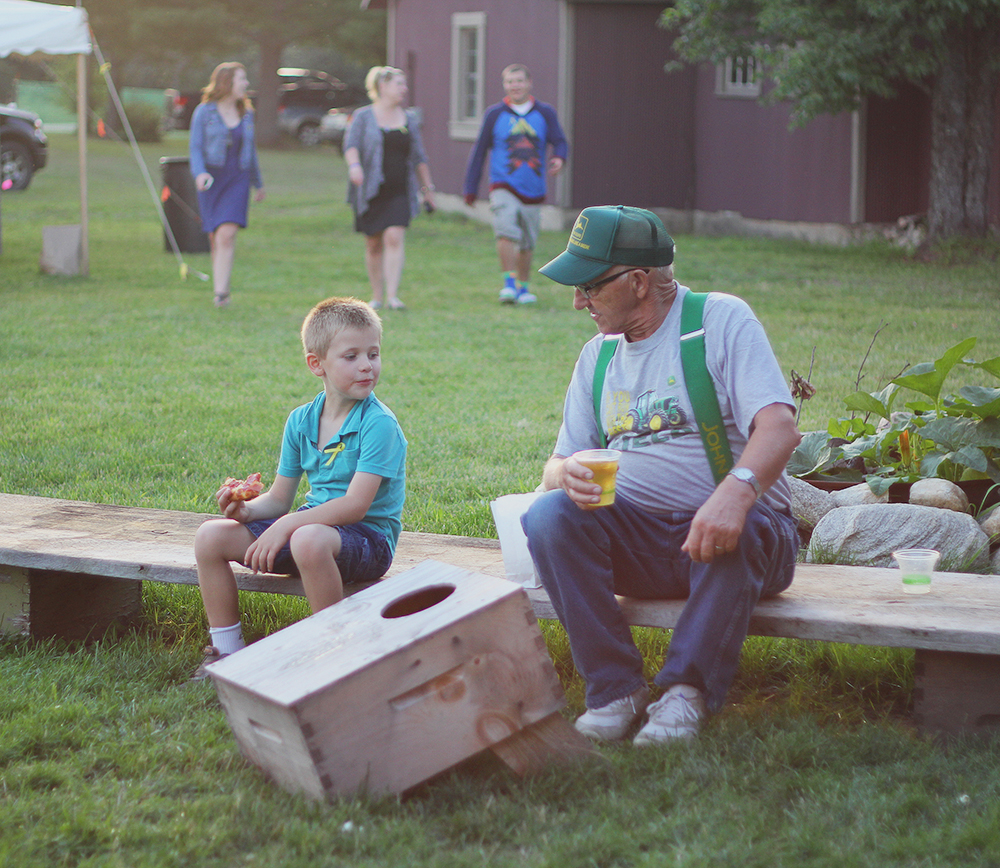 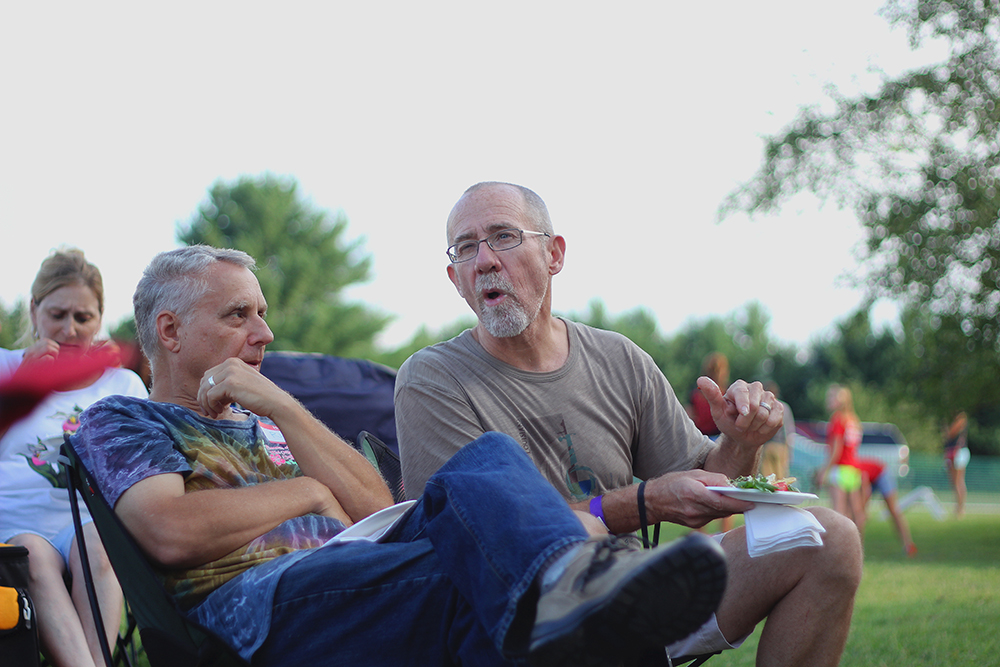 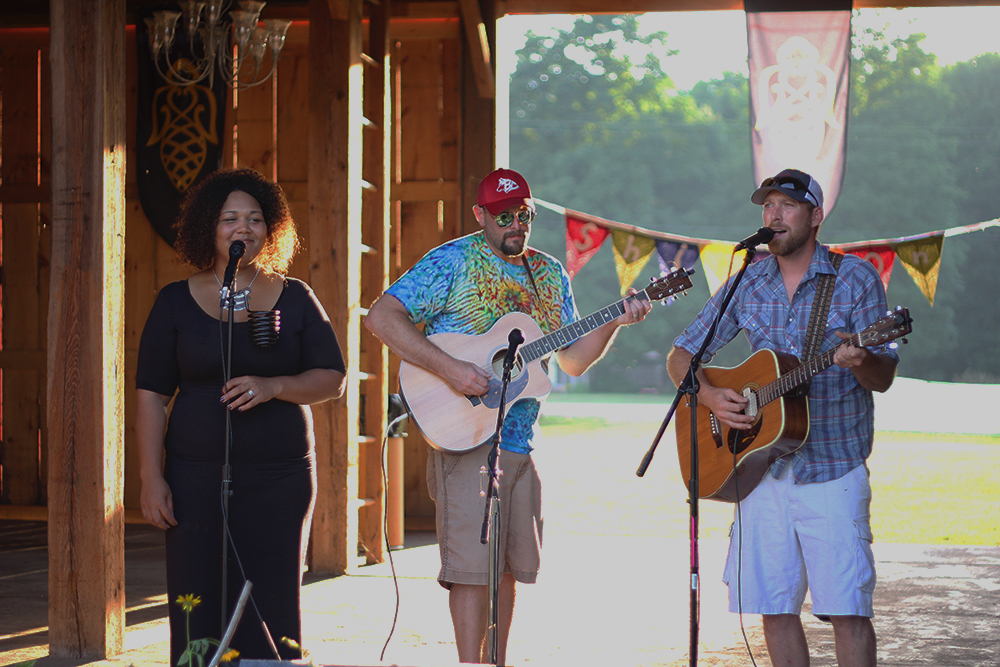 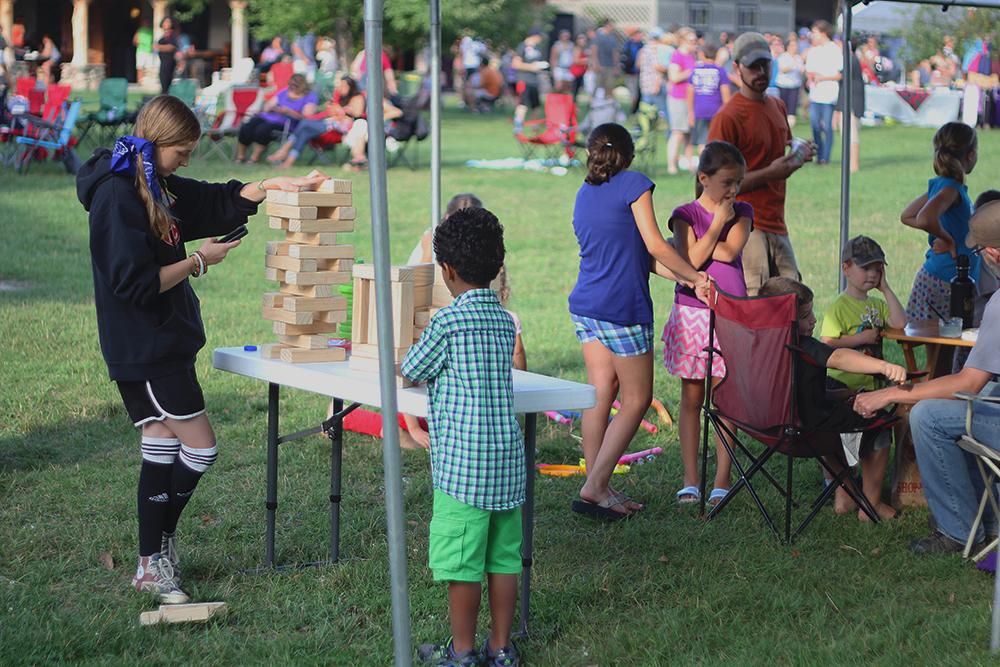 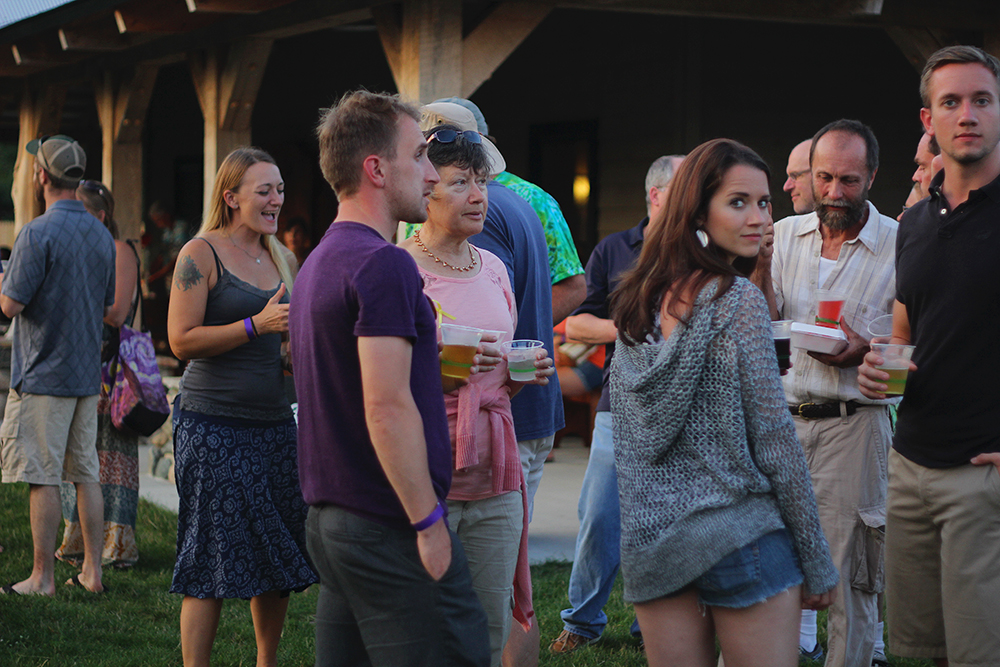 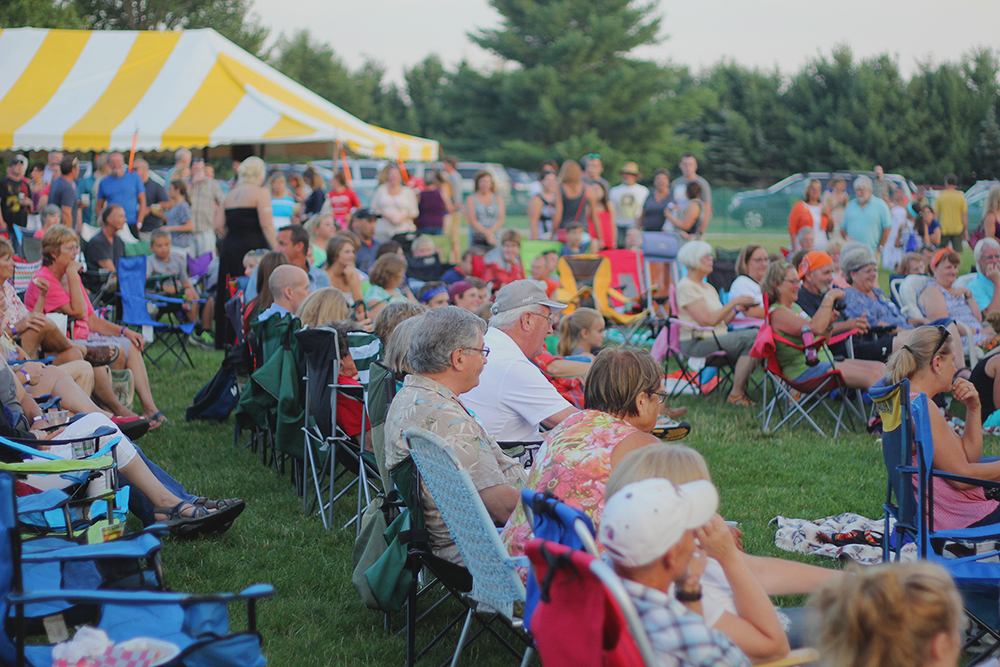 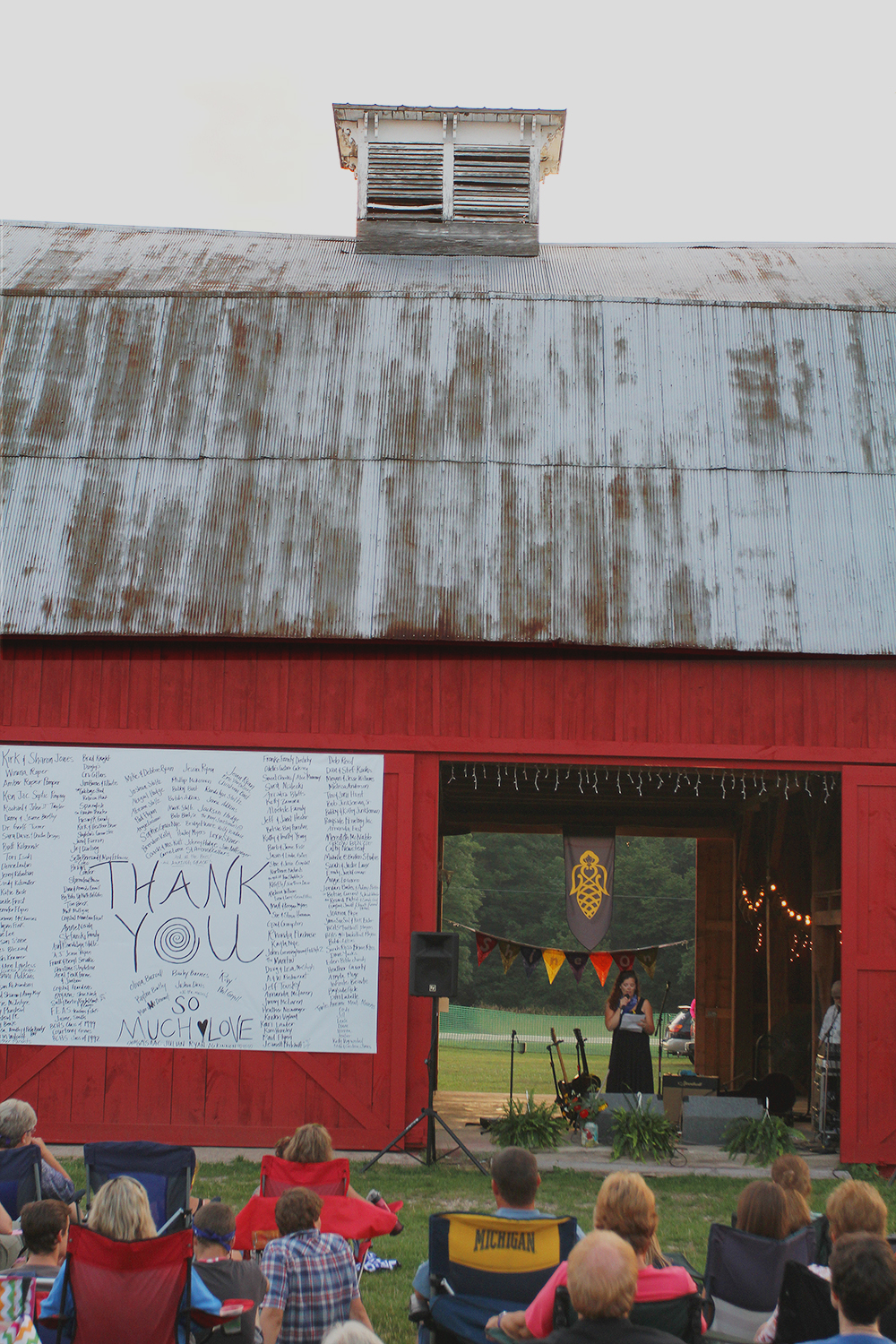 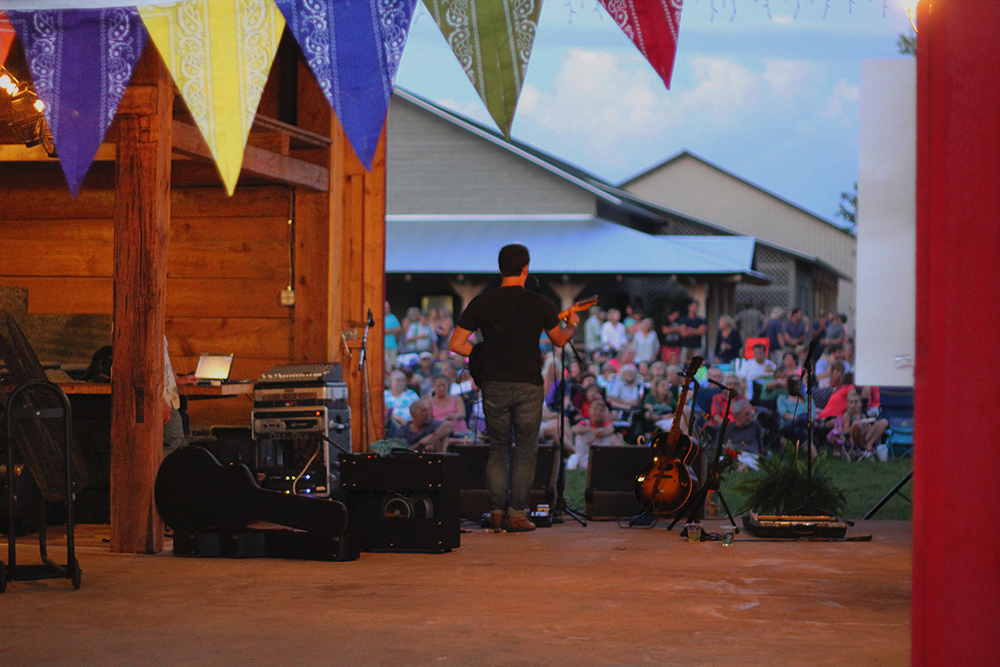 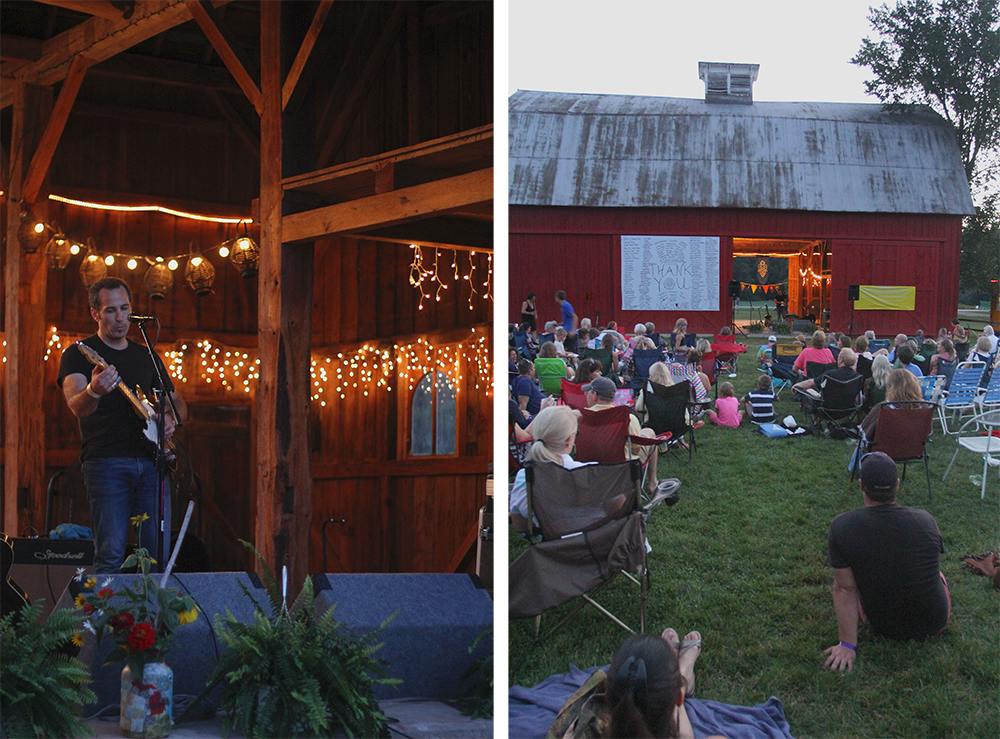 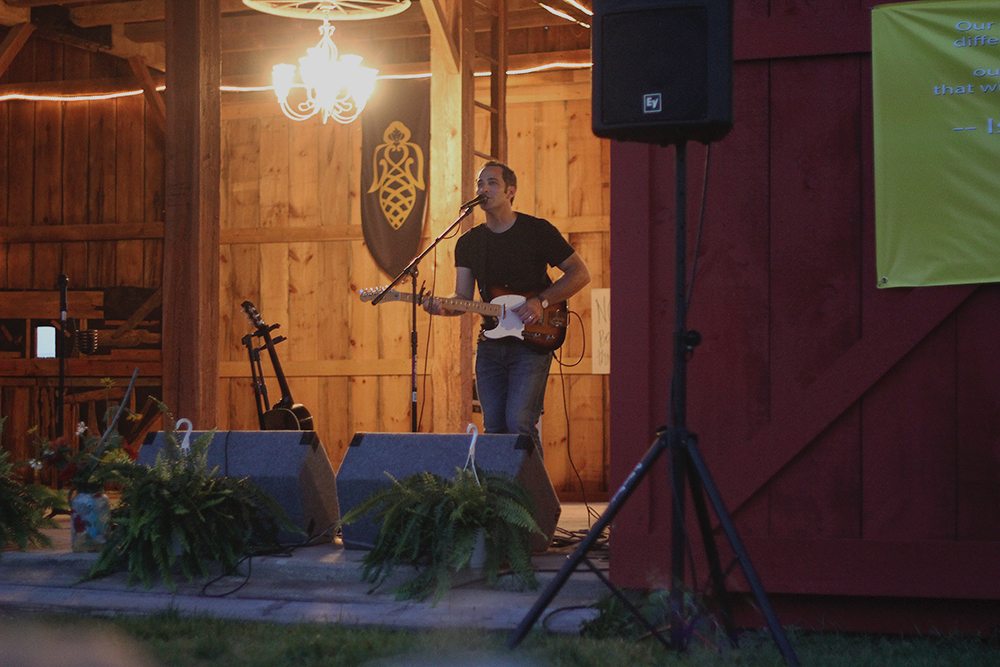