I remember Cameron Kubit as a toddler, bumbling around on unsteady little legs along the sidelines of the soccer field while his dad, Scott Kubit, was my soccer coach throughout middle school and high school — the family moved from downstate to Benzie the same year that I entered Benzie Central Middle School, and Scott was my coach for 7th grade co-ed soccer (fall), 8th grade girls club soccer (spring), and for the varsity girls team for 9th through 12 grades (spring).

Fast forward 15 years (or more), and now I’ve gotten to know Cam as a determined and talented young man on the Benzie Central Boys Varsity Soccer team in the fall, in addition to when he would come to help out with the Benzie Central Girls Varsity Soccer team in the spring. Additionally, in my adult life, I’ve gotten to know his father and his mother, Chris Twigg, as peers and mentors in my community — Scott is a psychology and world history teacher at Benzie Central High School, and he just retired as the head coach of the girls soccer team after 18 years at the helm, since the beginning of the program when I was in 8th grade, but he was head coach for the past two years while I served as assistant coach, and I learned a ton from him; Chris is a grassroots mover and shaker in our community, and I appreciate her insight and support as I try to do some moving and shaking of my own. It has been fun getting to know the Kubit-Twigg family in my adult life, and I was excited when Chris asked me to take Cam’s senior portraits this past fall.

It came as a bit of a surprise, though, given that Cameron was supposed to be in the Class of 2018: as it turns out, he had petitioned to graduate early, with the Class of 2017, because he already had a plan of what he wanted to do after high school. You see, during the summer of 2016, Cam went on an intensive six-week sailing school trip through the Pacific Ocean, and it ignited in him a love of the water. Sure, Cam grew up on the waters here — swimming, wake-boarding, etc. — but this was the first time that he could see the potential to make a career on the water.

So, after getting the OK from the Benzie school board last fall, Cam went through commencement ceremonies with the Class of 2017, and now he is enrolled in Traverse City at the Maritime Academy for the fall of 2017. But before all of that happened, Cam and I headed out to take some senior portraits. When I asked him what kind of backdrop he wanted, he asked for a mix of fall leaves and scenic views of Lake Michigan, and I knew just the place — remember the Treat Farm in Sleeping Bear Dunes National Lakeshore, where I took Megan Cota’s senior portraits during the fall of 2015 and Luke and Katie’s engagement photos in the winter of 2014?

I was excited to get out to the Treat Farm in an entirely different seasonal setting — fall — and to take some photos of Cam with the great old, patinaed, abandoned buildings and grapevine growth, because they make such a fun backdrop. We also climbed the bluff and caught the sunrise over the farm, with Lake Michigan behind us, and we took a few photos in the woods with the dappled sunlight, too. Then, we also took some photos at Elberta Beach. Cam really was a trooper, getting up early for two days, with a big ole lens pointing in his face! 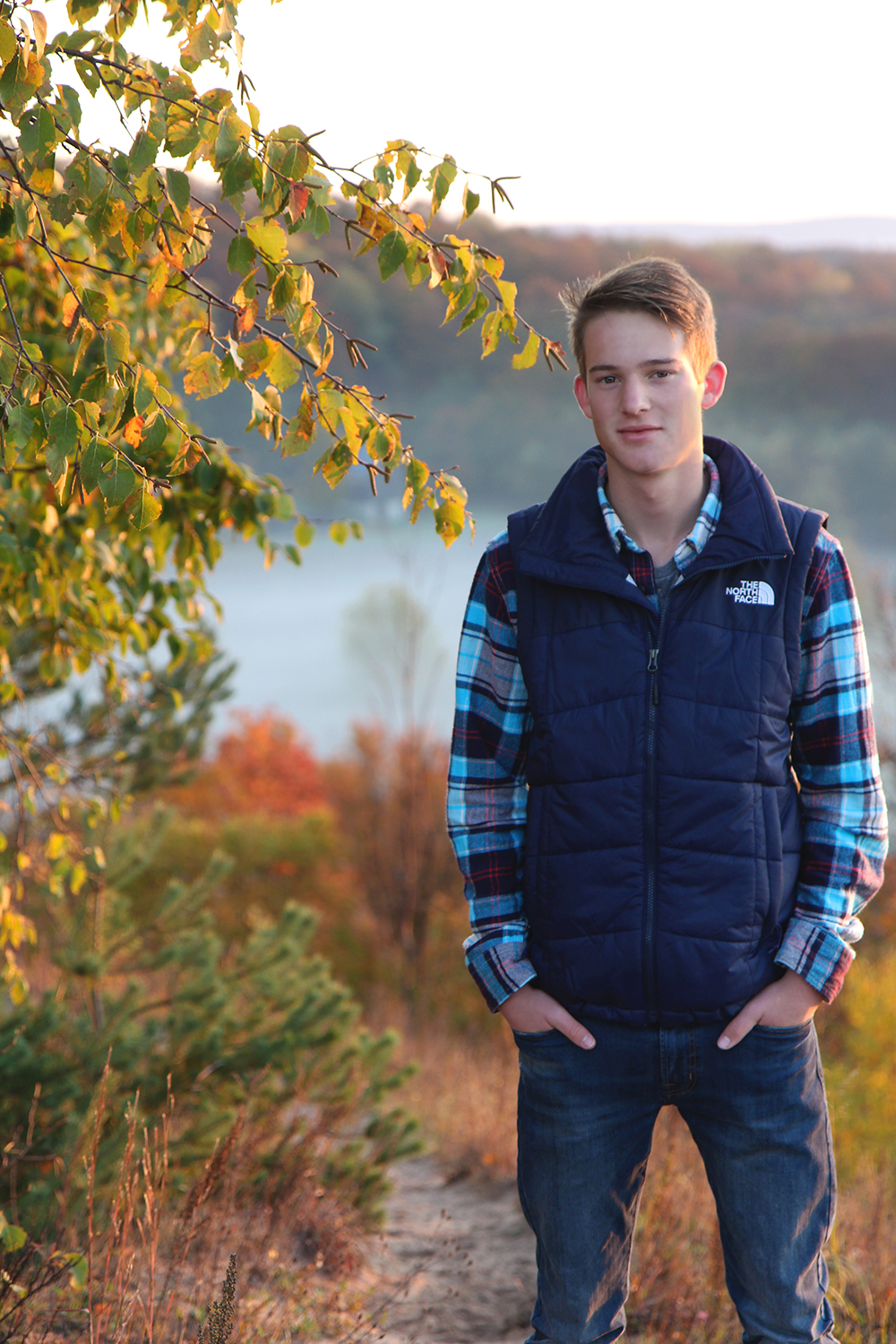 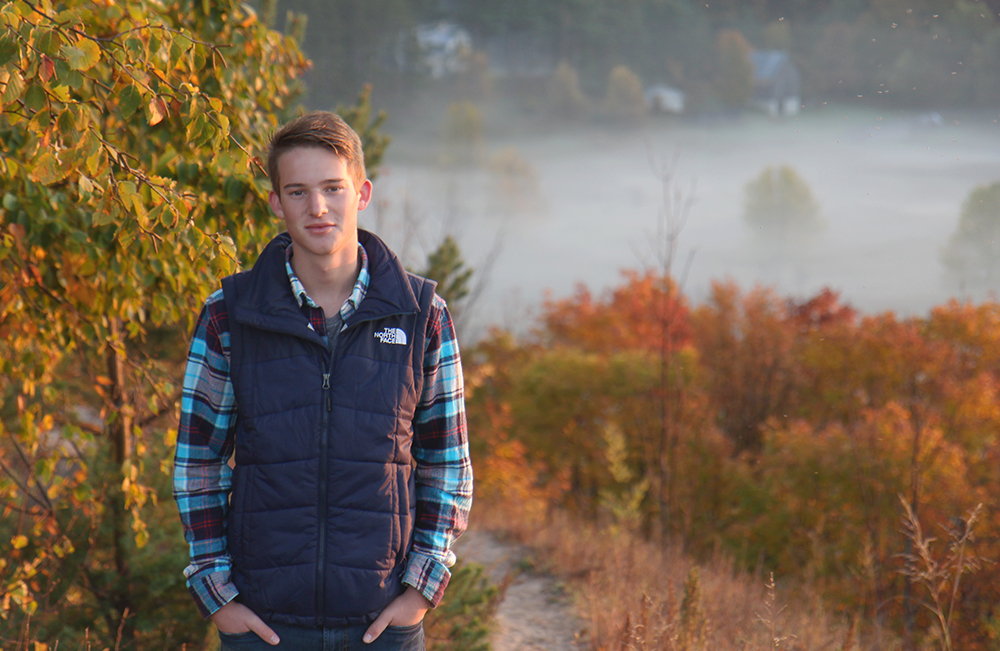 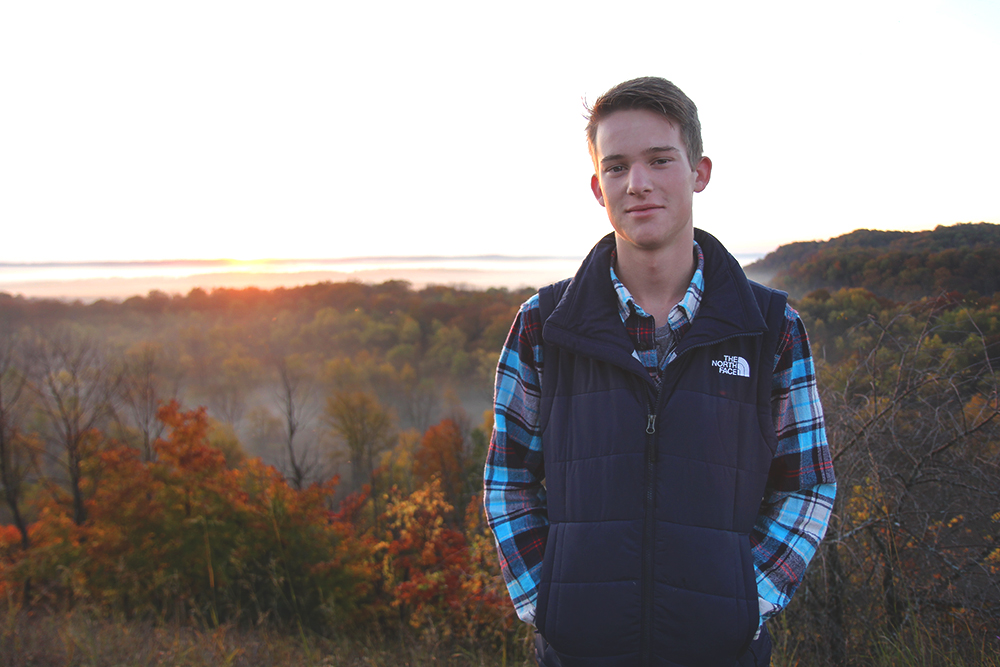 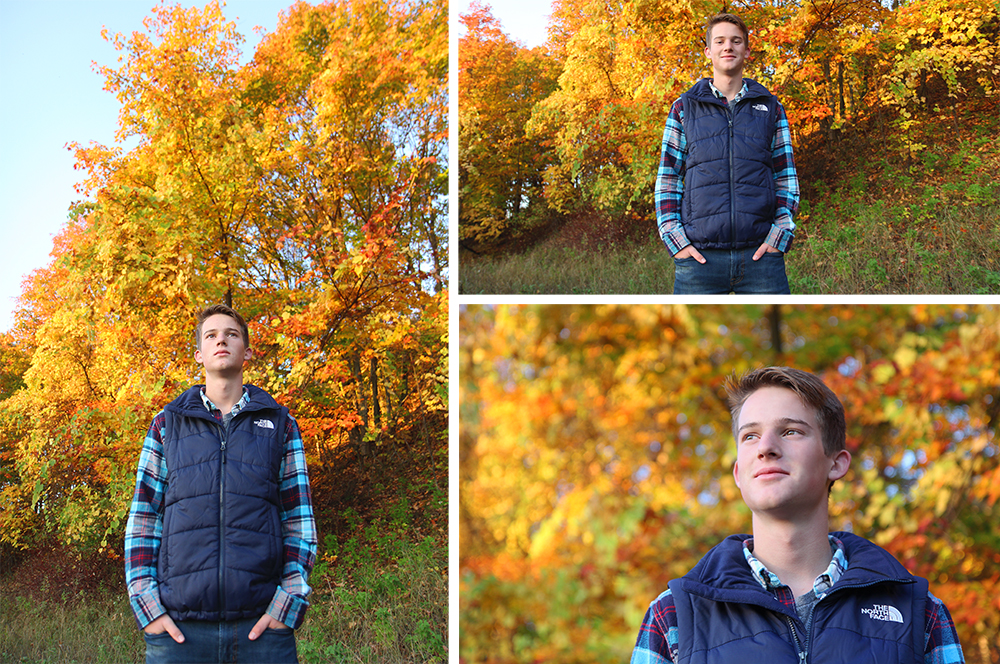 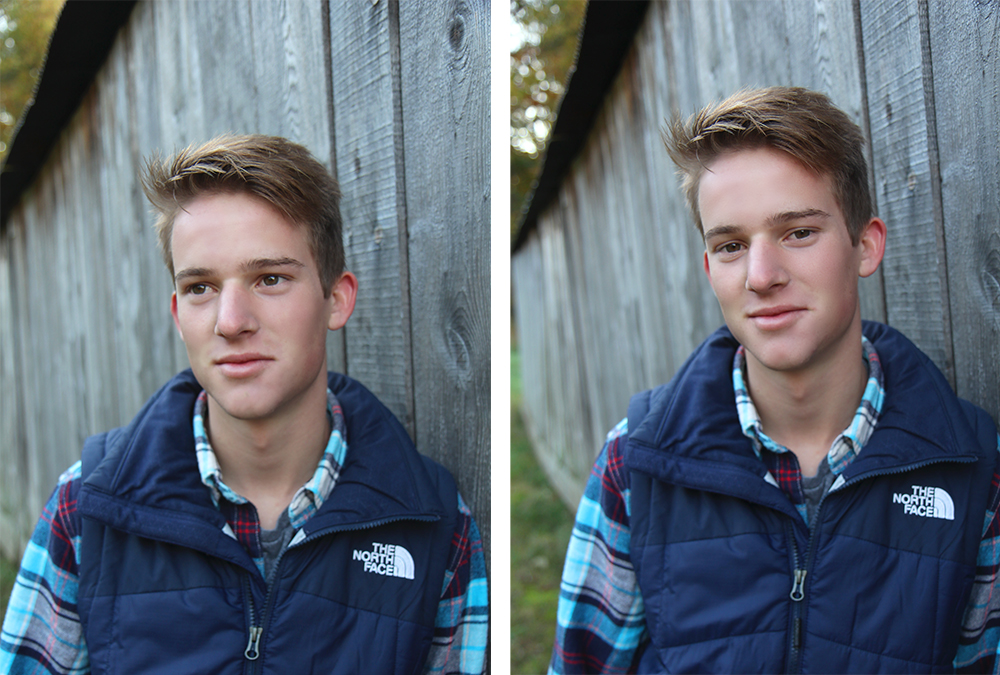 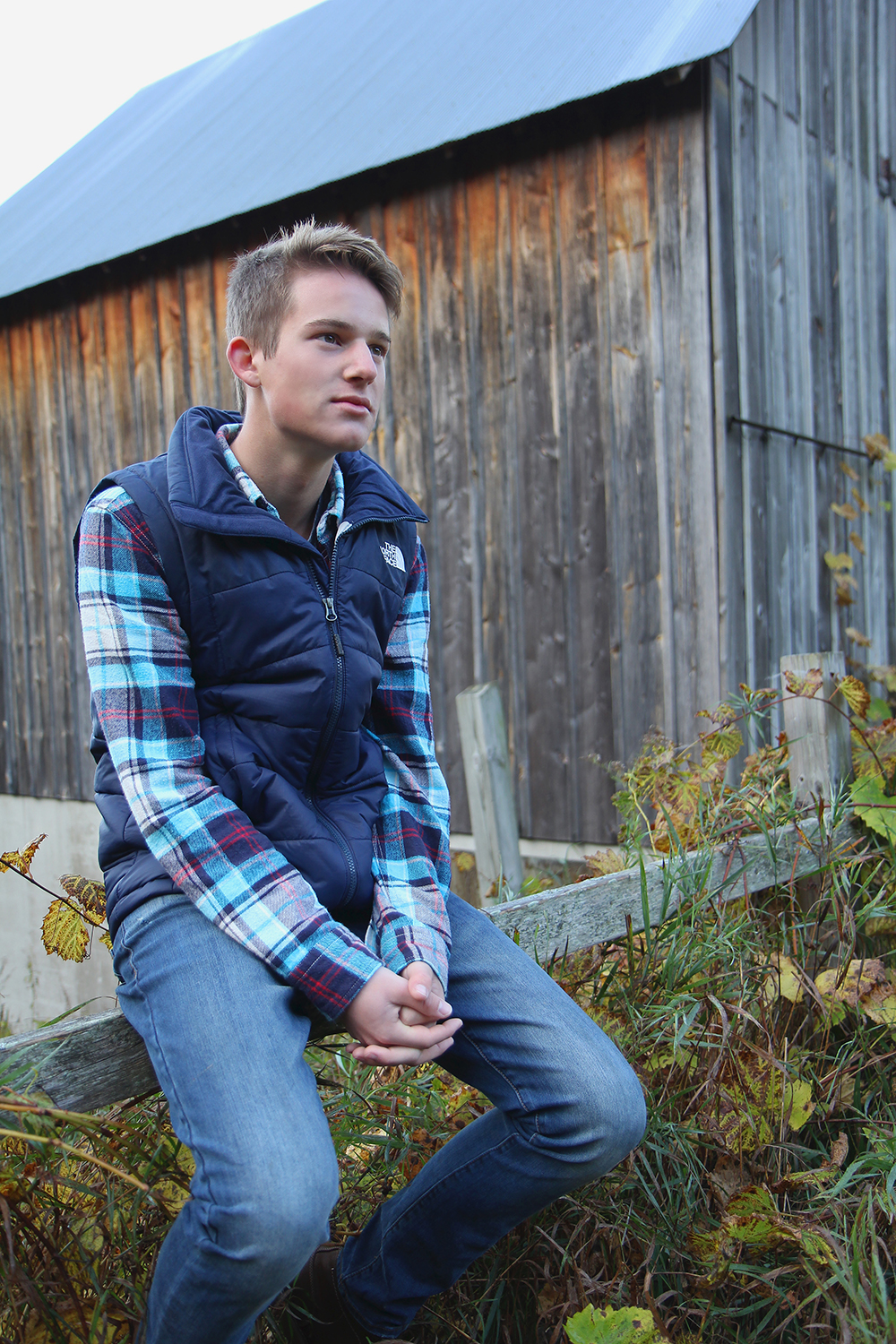 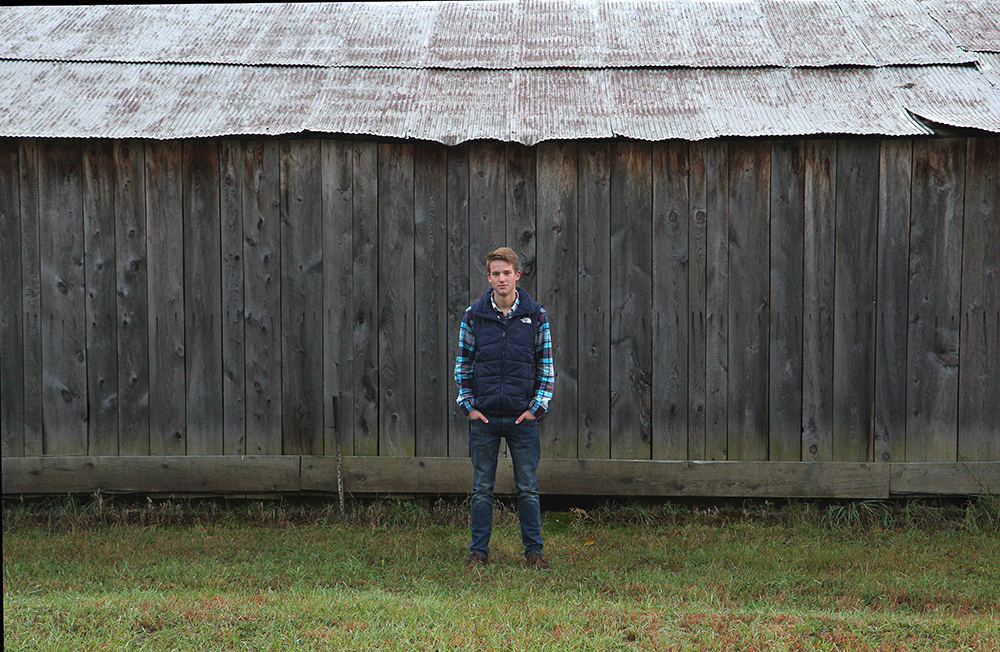 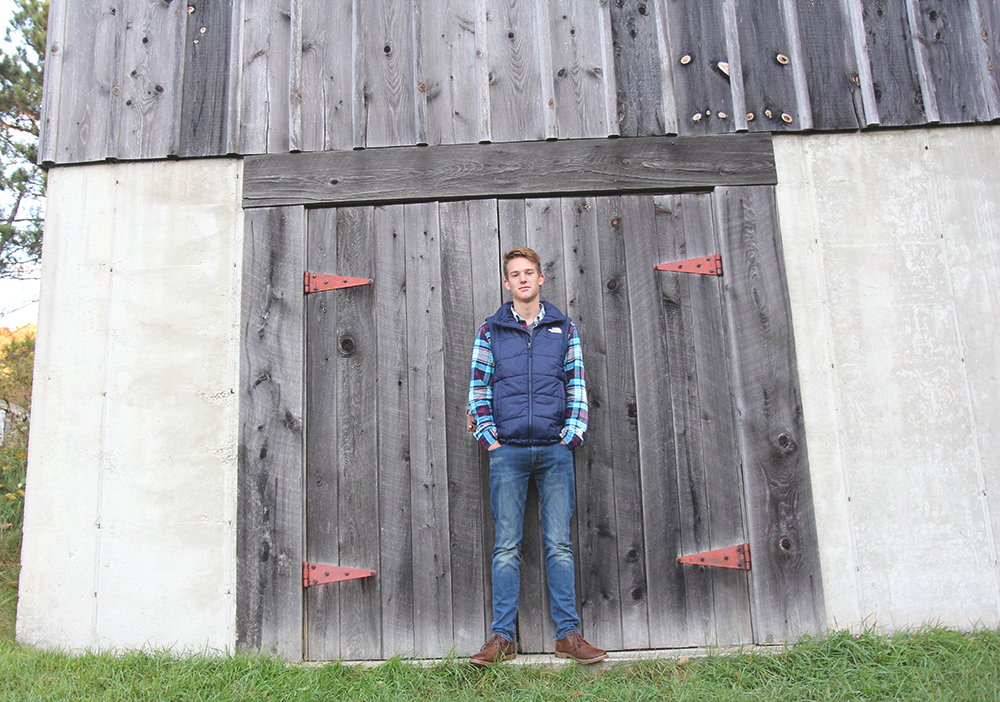 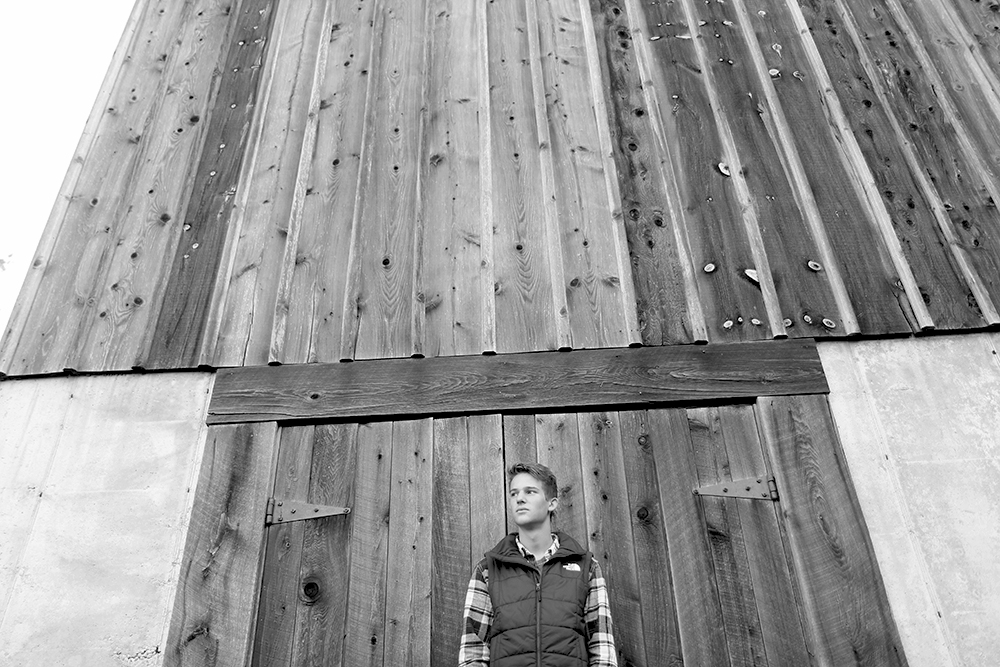 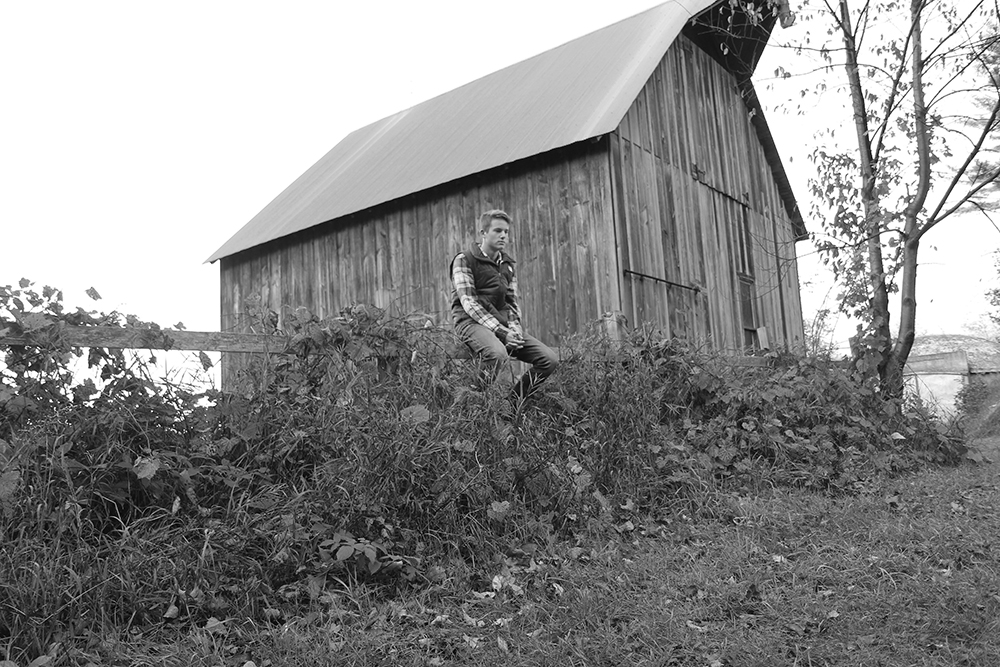 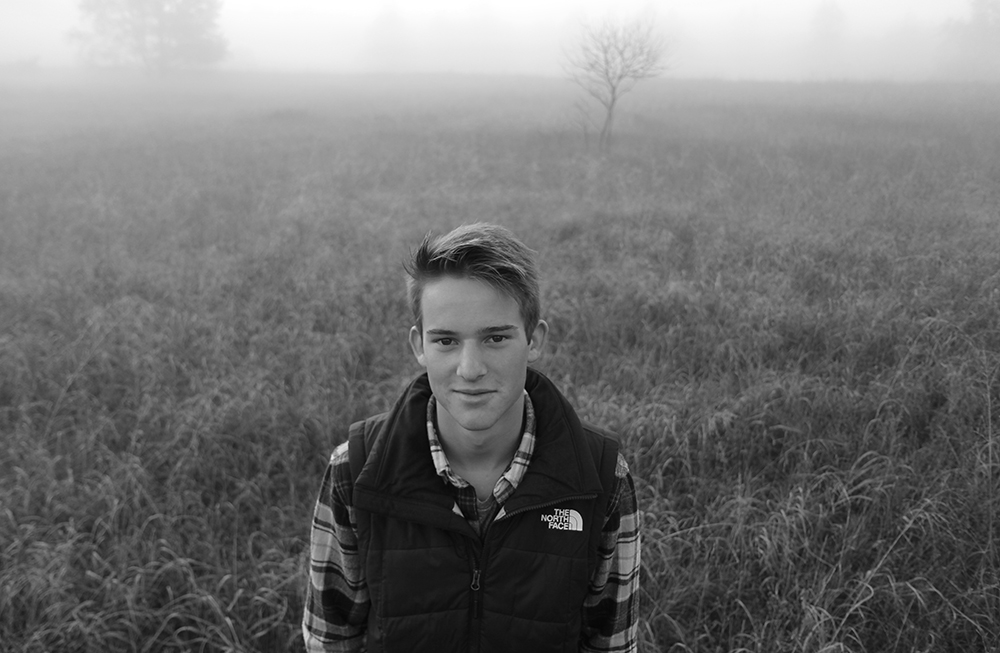 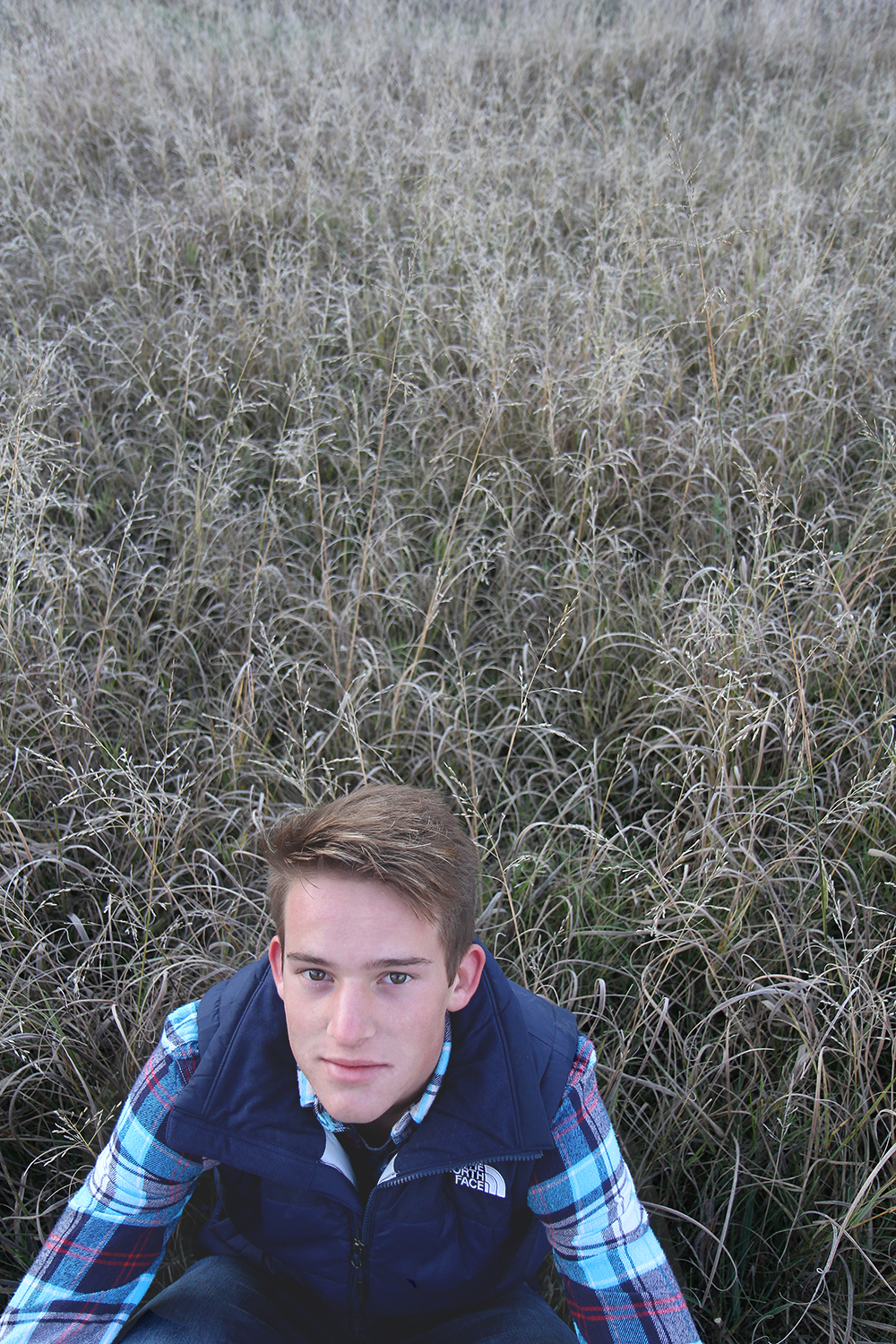 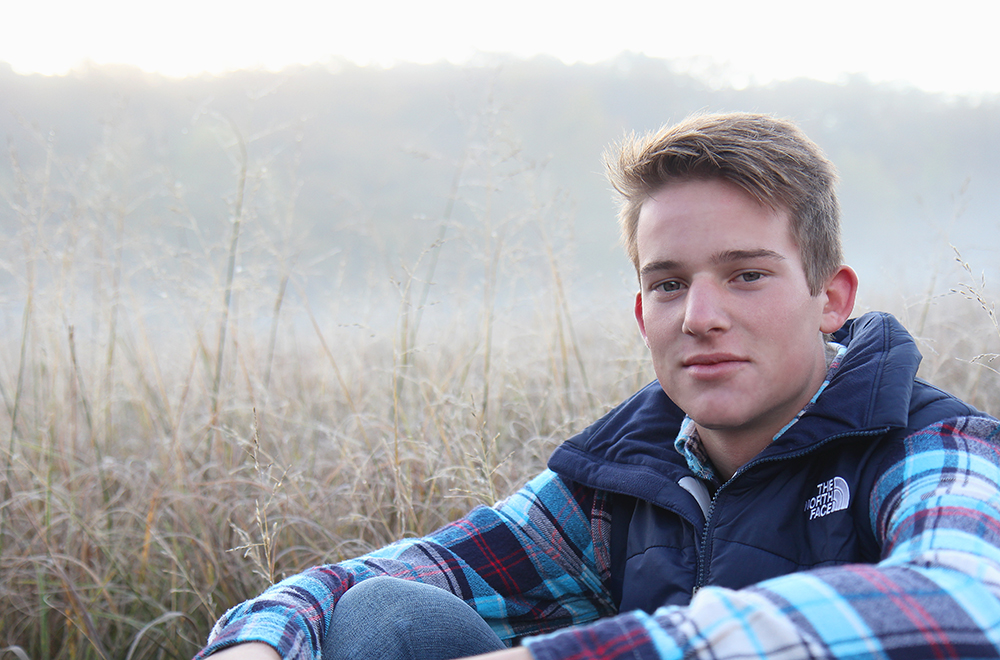 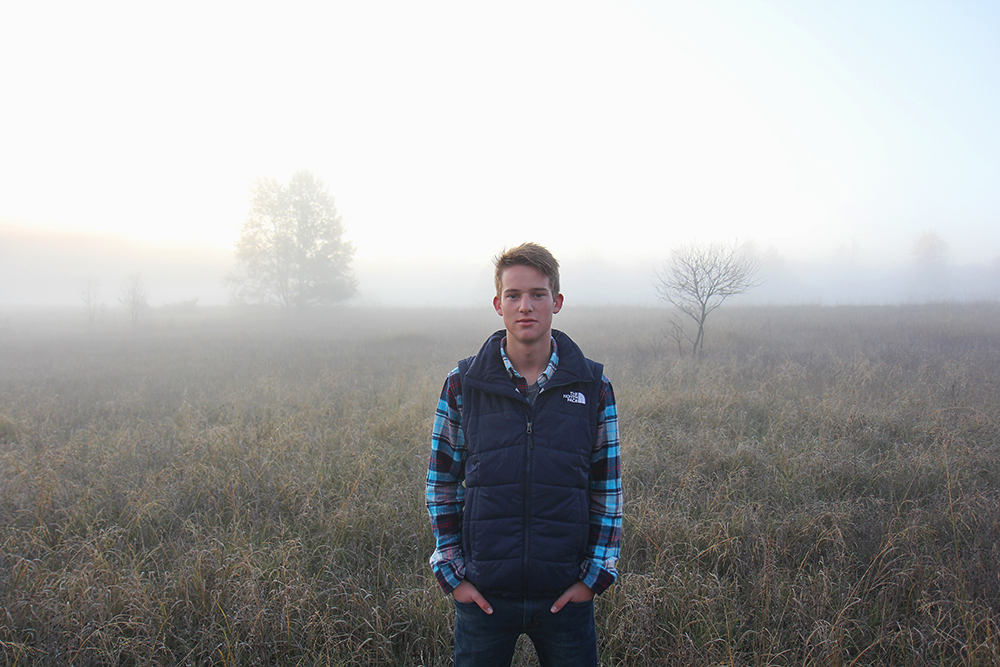 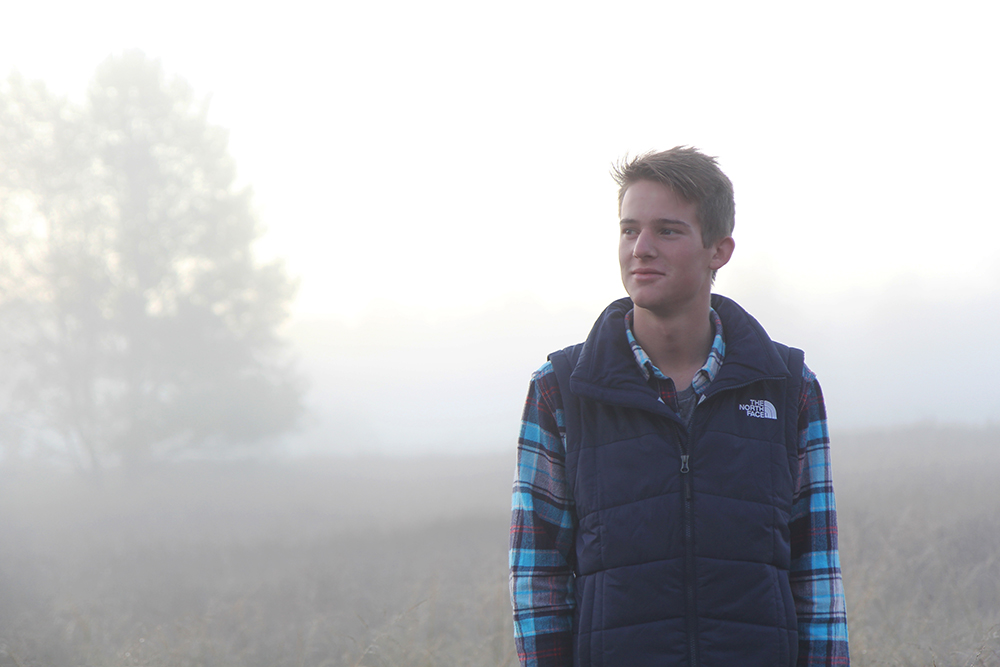 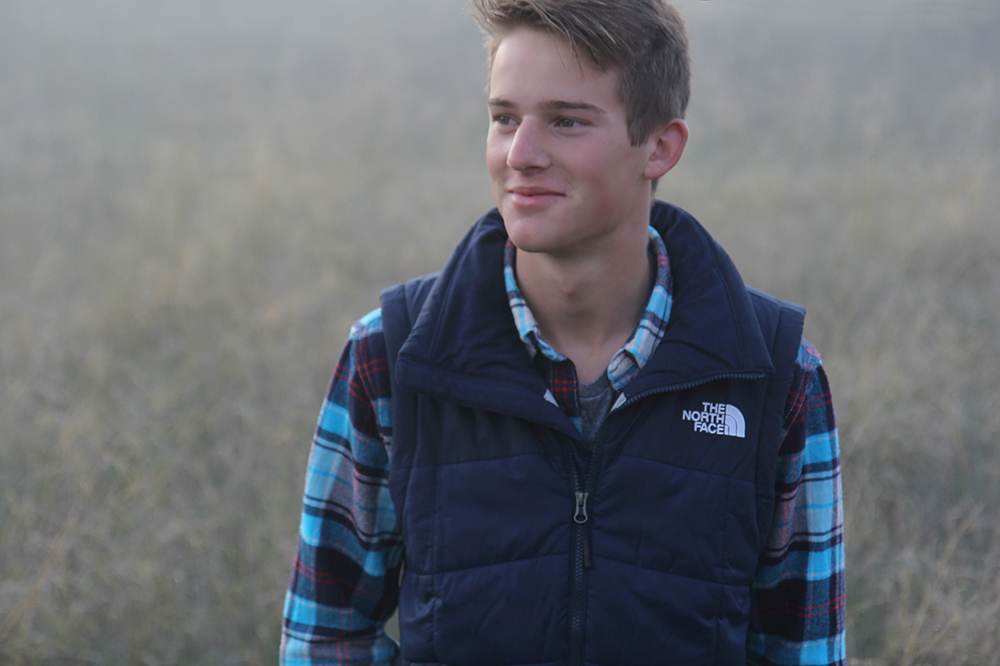 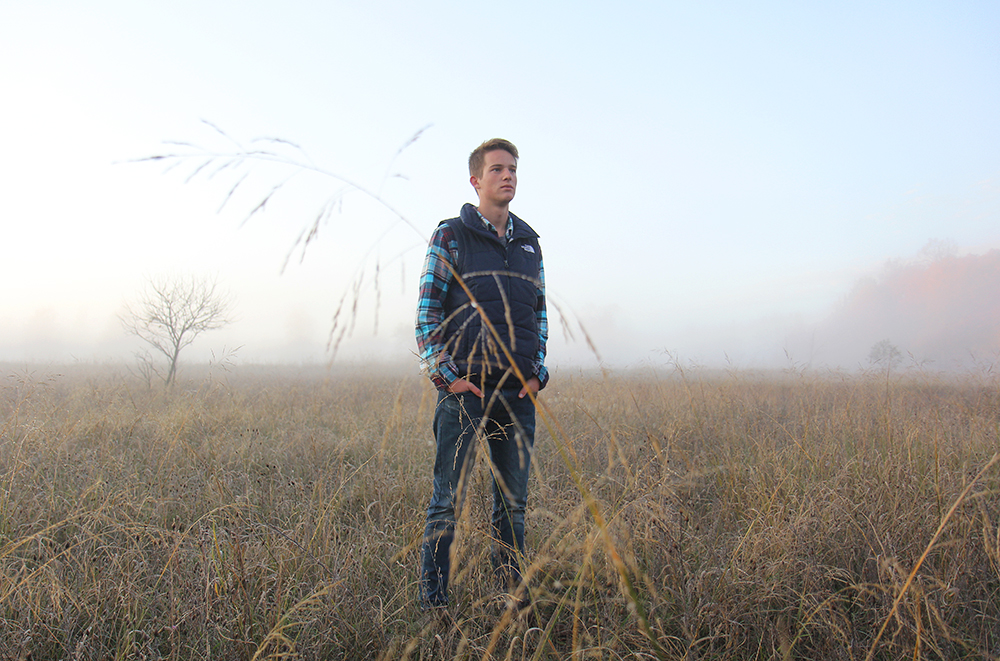 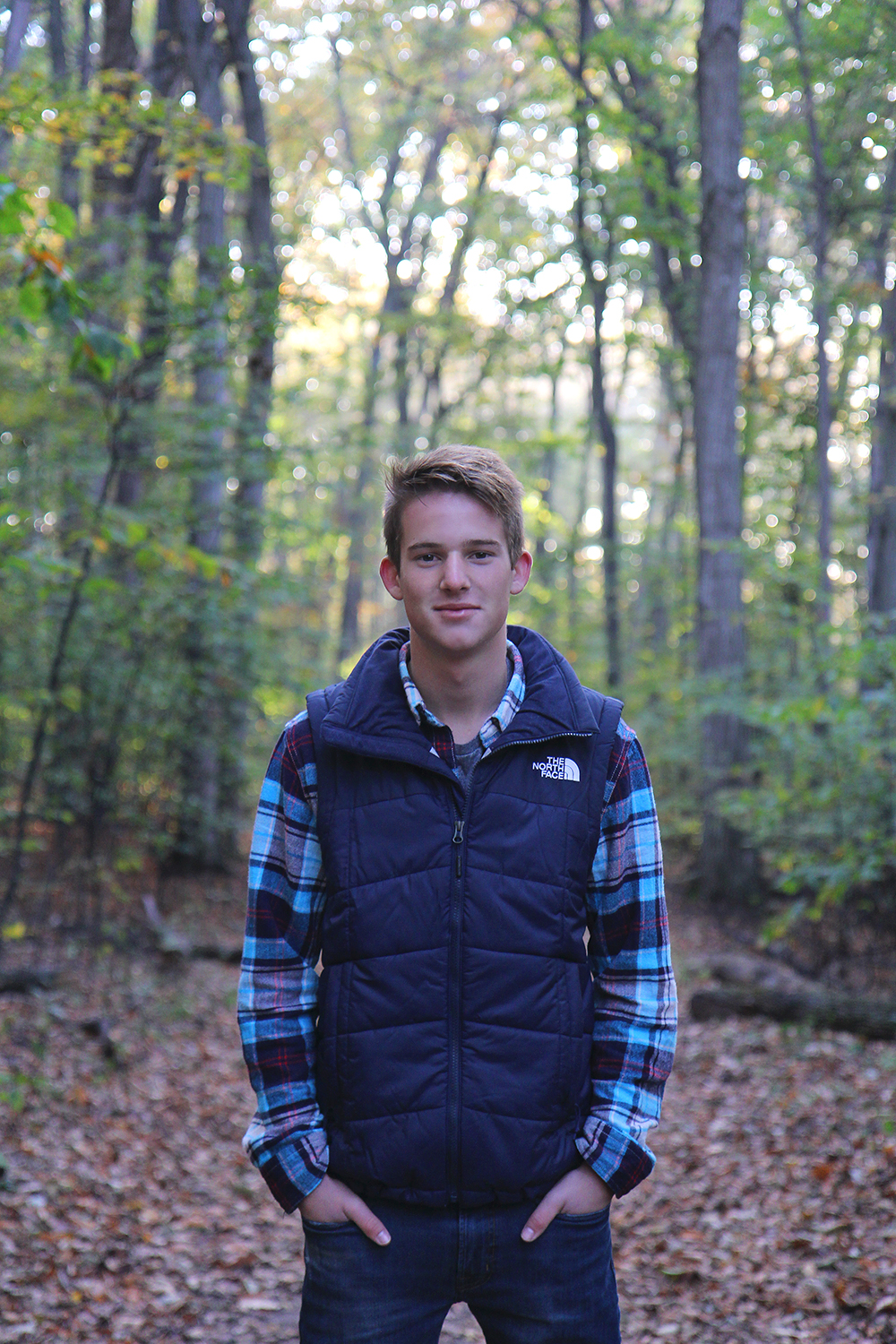 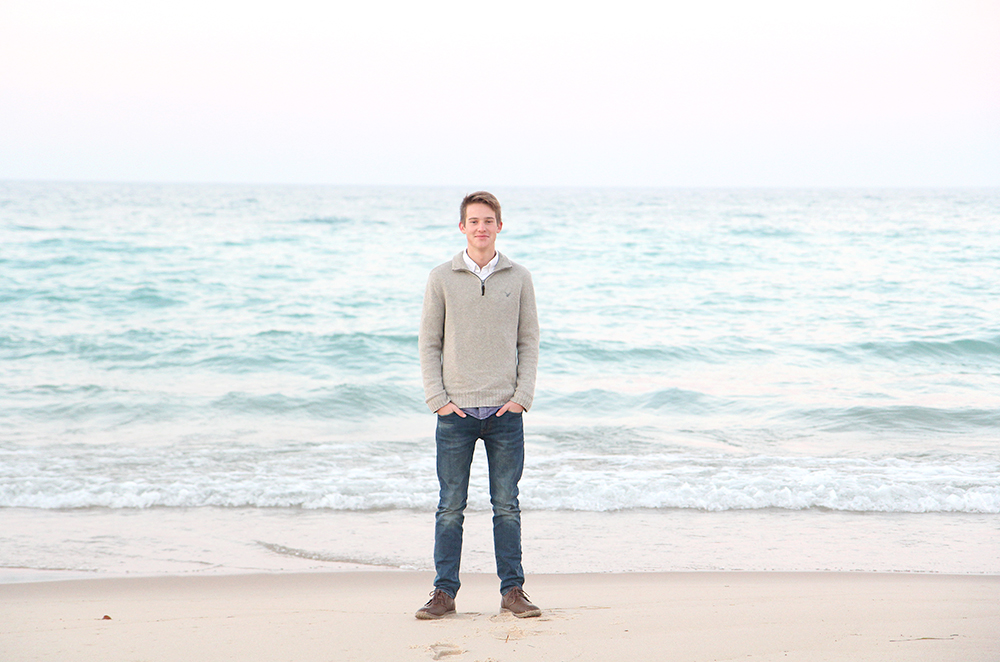 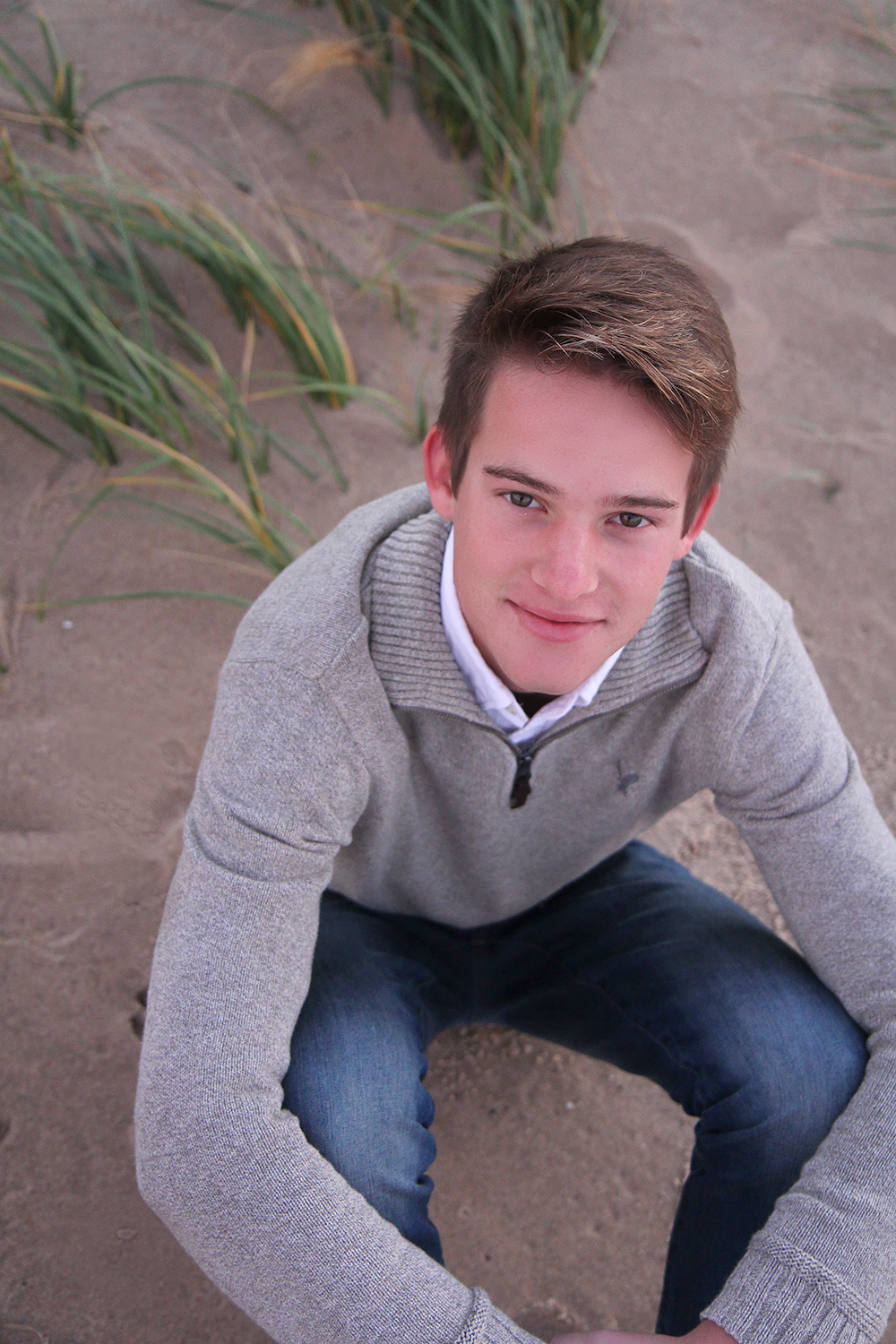 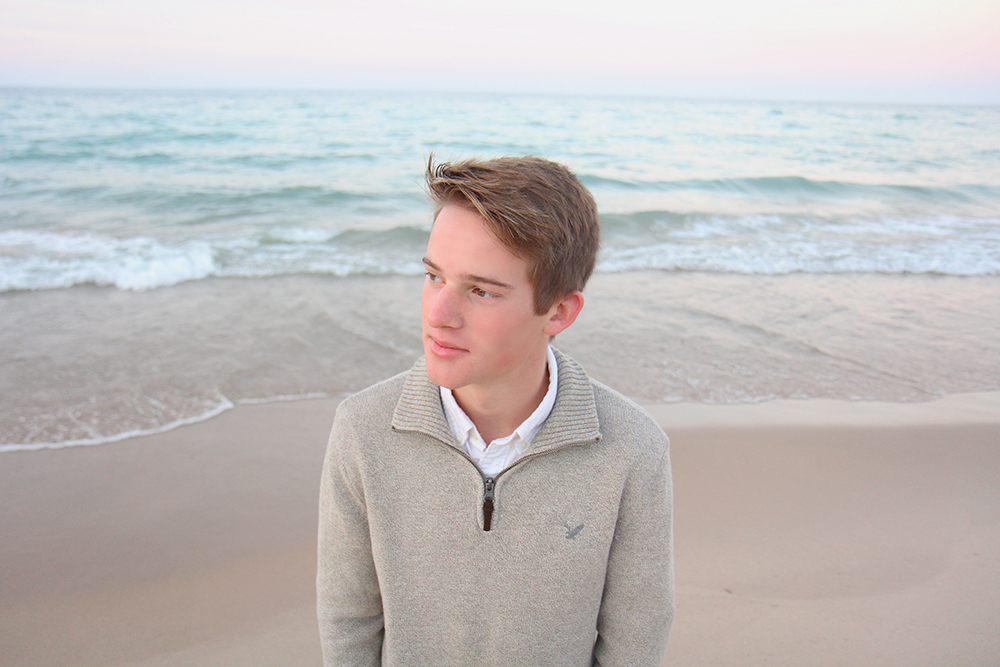 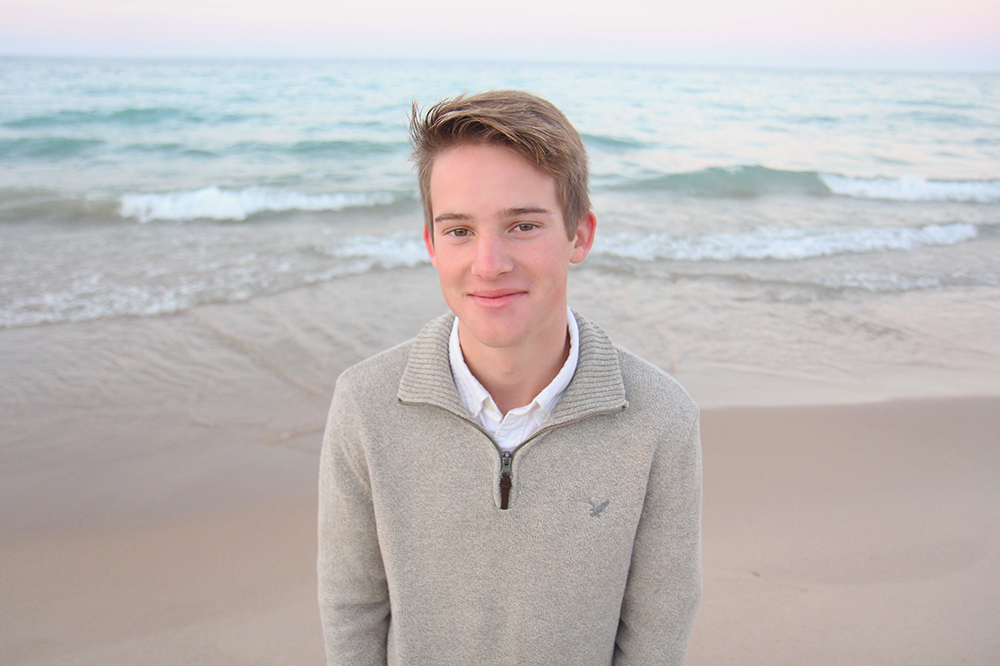 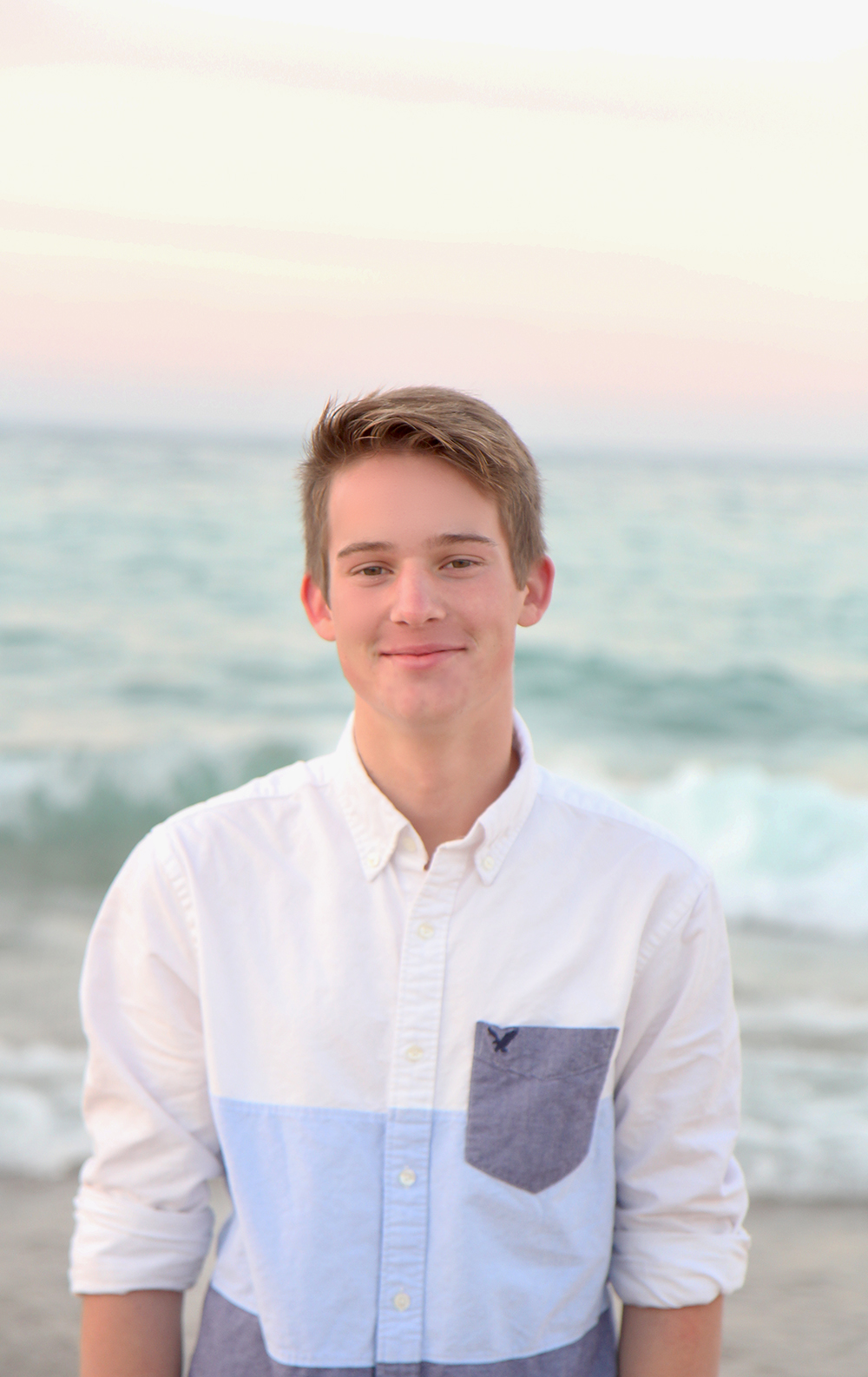 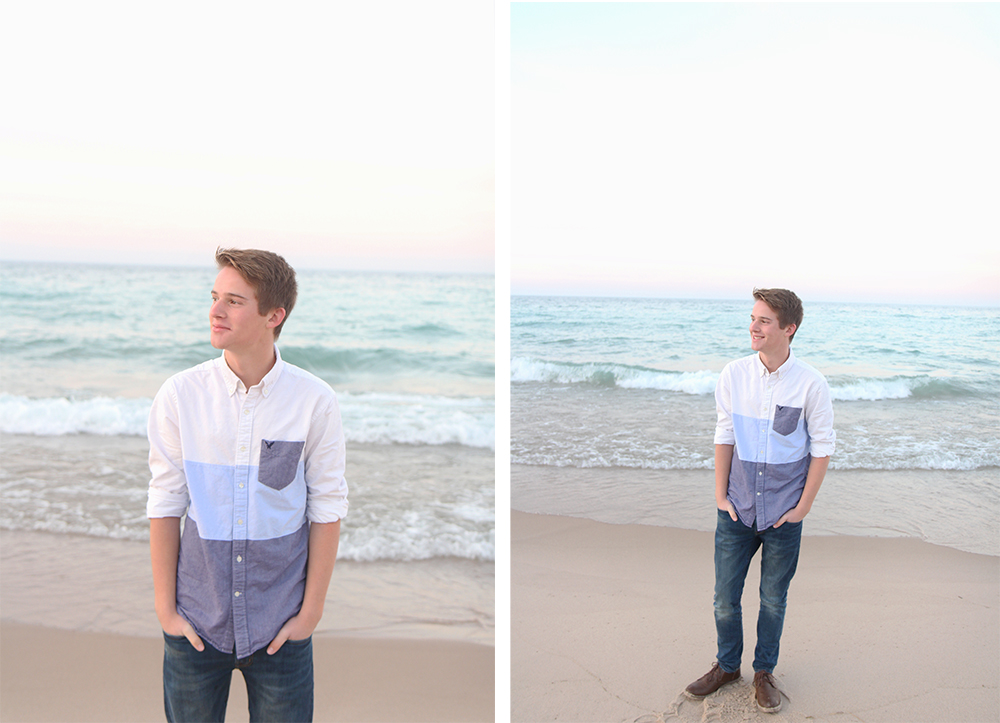