This was a really fun story to report!

I sent my first set of pitch ideas to Edible Grande Traverse in February 2014, right after my photos published in the Holiday 2013 issue alongside my friend Jacob Wheeler’s story. Since then, I’ve had two sets of stock images show up in EGT‘s Spring 2014 and Summer 2014 calendars.

After some back and forth about various pitch ideas that I sent, EGT‘s editor Barb Tholin and I decided that my first story should be about Cream Cup Dairy, the milk-bottling facility and home-delivery service based out of Kaleva, Michigan. (Full disclosure: Jordan and I have been buying their product for probably five years or more — we love it!)

Originally we had hoped to get this story and photos into the Fall 2014 issue, but I asked for an extension because I wanted to make sure that I got it right… I had followed around the milk-delivery truck, and I had visited the bottling facility, but I still wanted to make another trip down to check out the milking process. And I’m so glad that I did, because of all the 500+ photos that I took from all three locations, three of the four published photos are from the farm operations!

This really was a fun story to report, write, and shoot. I’m so grateful to the David Miller, his family, his animals, and his one employee, Jason Hege, for allowing me to dig so deeply into their business and their lives; I hope that they feel I did the story justice.

I’d love to hear what you think, too! Comment below or send a tweet to @aubreyannparker. Check out “Milk with a Personal Touch from Cream Cup Dairy” below or in the online edition. 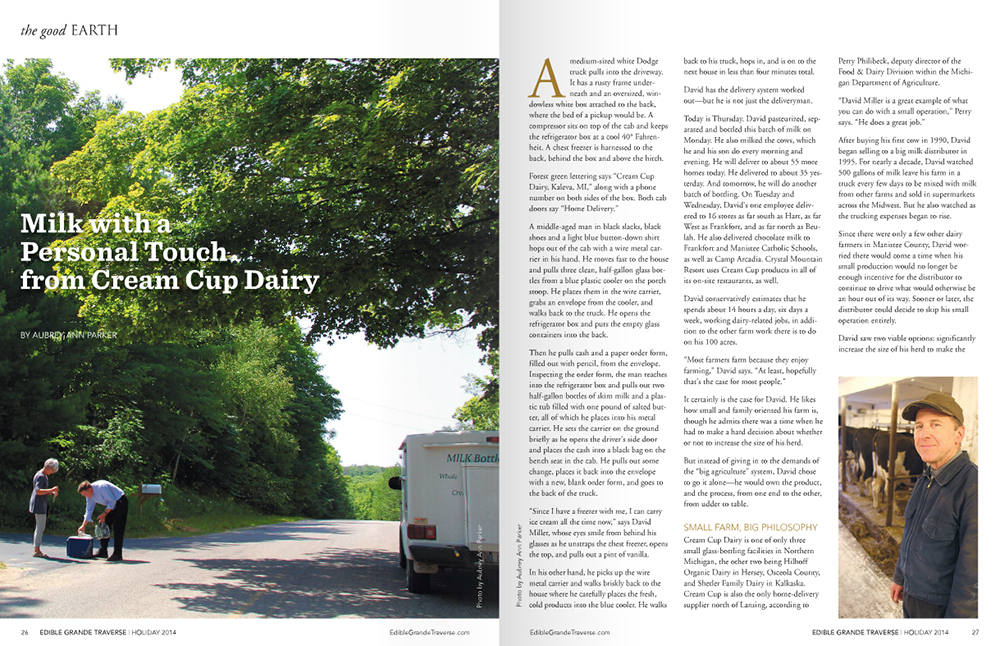 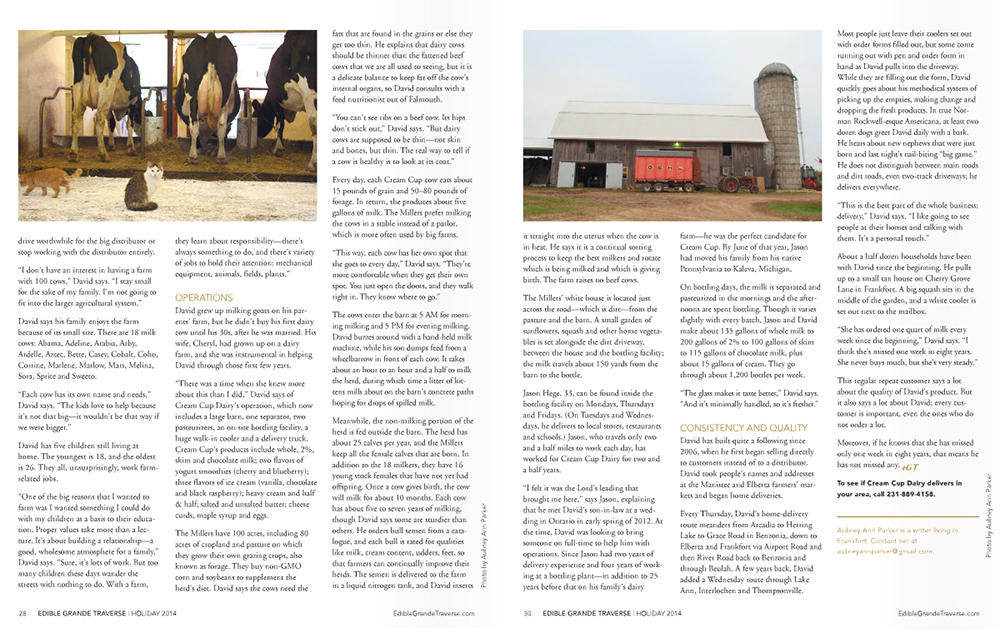